First impressions are always a tricky thing because just as they say that you shouldn’t judge a book by its cover you shouldn’t judge a TV show by its pilot episode. However, after having watched the first few episodes of CBS’s new shows we have formed some opinions about them. And we thought we share them in one comprehensive post rather than doing an article on each of them. So here it goes, our first impression of CBS’s new TV series in alphabetic order. 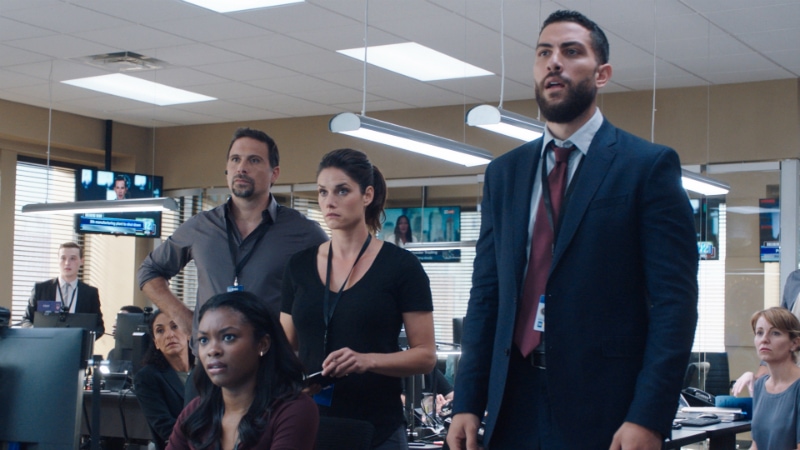 We will start with FBI, the show that was poised for success from the get-go. What with having TV heavyweight Dick Wolf as one of the show’s creators, great cast and New York as their playground. And we don’t know if it is despite all that or because of it, but the show just works. It tackles big topics in a very cinematic way and each episode is better than the next.

Our favorite thing about FBI is watching the main characters and the relationships between them develop. The pilot episode was more about setting the scene and showing the viewers what this show is going to be. But even in this first episode and every episode since we have seen subtle nods to the characters’ backgrounds and relationships with each other. It doesn’t overpower the action and drama that is happening in each episode. Only actually adds an intricate layer of familiarity to the show as the episodes roll on. And hopefully will help make the show a household name.

FBI airs on Tuesdays at 9/8 central on CBS. 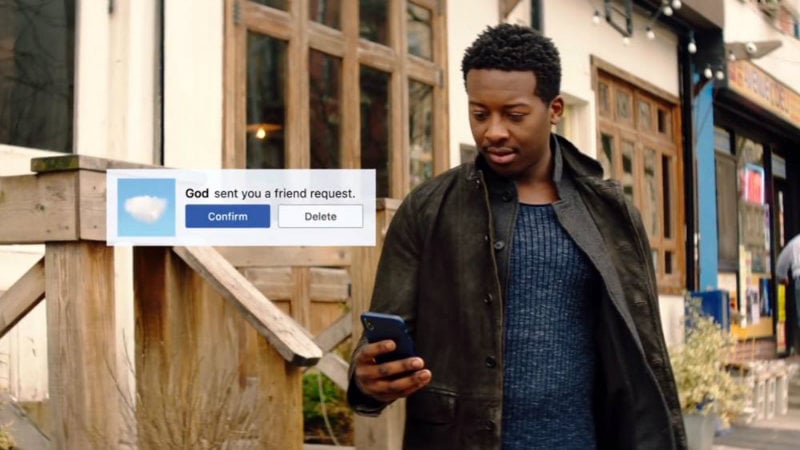 Next up God Friended Me, a show that has an intimidating title but also so much heart that it’s easily one our favorite new series this year. It’s modern, funny, sweet, heartfelt but, most of all, it just makes you feel good after watching it. And if a show can do that, that’s a great show in our book.

The best part about God Friended Me is that while there are religious aspects to it, it actually isn’t about faith or religion all that much. Rather it’s about human connection and how even though we each might be very different in some aspects, we are also very similar in others. All longing for friendships, partnerships, and relationships while also trying to be someone. Although for us it might not be God who tells us to connect with certain people these connections still happen. And the most important part of it is what you do with that connection! Because you never know what will happen if you do decide to acknowledge it. 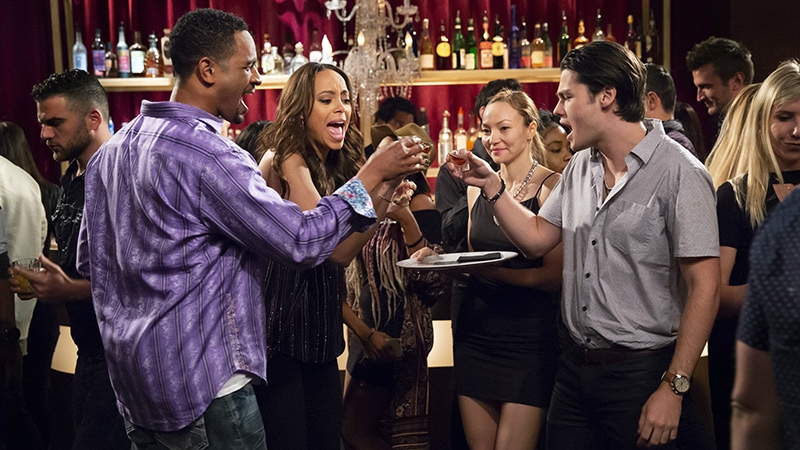 When it comes to the new CBS comedy series, Happy Together is the first of two that have aired as of right now. Vaguely inspired by the real-life experience of Ben Winston when Harry Styles came to stay with him and his wife while the star’s home got renovated, this series is an interesting take on the unlikely housemate situation. And is a fun, light TV series that’s perfect to watch after a long day at work or as a background show.

Although Happy Together does have some flaws and will probably get better with time as the cast starts to gel more, for a sitcom it does exactly what it has to do. It’s entertaining, it’s out there, but it’s also very relatable. Which is what we like the most about this comedy. Because we all can relate to wanting to be comfortable in your life but also not wanting to get stuck in a rut and start to feel bored with our lives. And despite the fact that letting a movie star move in with you is probably not the conventional or the relatable way how to solve this, there is something to say about having that one person who pushes you to try new things and experiences. 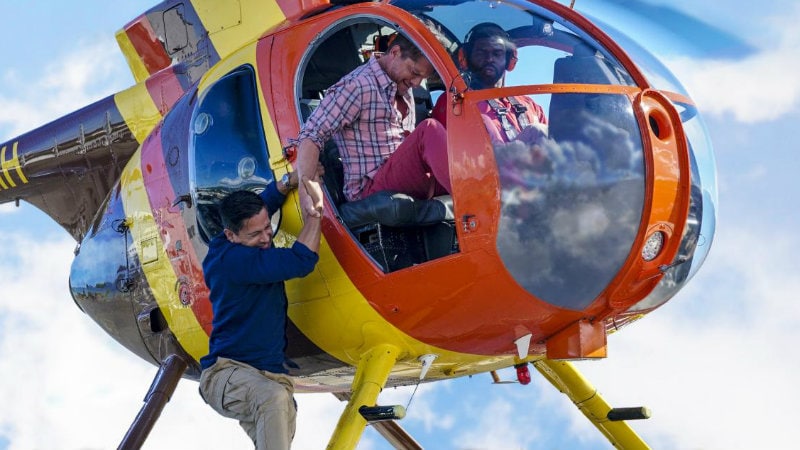 Then there is Magnum P.I., a show that continues CBS’s as of yet successful line of TV show reboots. Co-created by Peter M. Lenkov and Eric Guggenheim Magnum P.I. ushers the beloved character into the 21st century and gives us a fresh new take on the private investigator and his associates. It’s a fun series that lets you enjoy both some action as well as some good old Hawaiian scenery.

What we love about the Magnum P.I. reboot besides the fun band of misfits that Magnum has assembled around himself is the lead character’s motivation for taking the cases that he does. By episode three you clearly realize that Magnum isn’t motivated by money or fame, rather he takes on the cases that other private investigators or even the police won’t touch. Which is nice and comforting to see in a show like this, because it shows that there are people out there who can and will help you no matter how bad, desperate or downright weird your situation is.

Magnum P.I. airs on Mondays at 9/8 central on CBS. 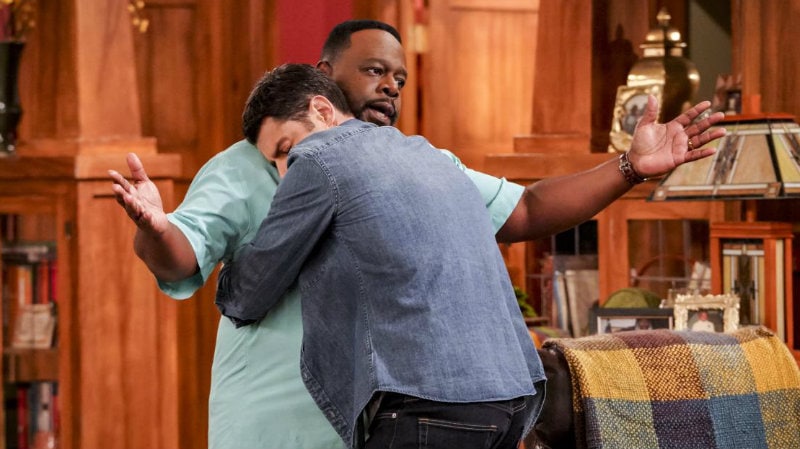 And last but not least among the new CBS shows there is The Neighborhood, another comedy series that’s using humor to examine big subjects like diversity, racial prejudice, and even racism. It’s star-studded with actors that were previously in other well-known comedies like New Girl and Two Broke Girls. And features jokes that will have something for everybody to laugh at.

But what we love about The Neighborhood is the fact that it dares to address these hot-button subjects at all. More than that, these topics are actually at the very core of the show’s premise, which means that the series won’t be shying away from them any time soon and will continue to examine them from both sides and in every aspect there is. And the fact that they are doing this in a funny, friendly way only works in favor of the show, because there is nothing better than to enjoy a funny show that also makes you think about certain things and your views on them.

The Neighborhood airs on Mondays at 8/7 central on CBS.