But before we get started just a quick prefix. In this post, we will only be covering the new reboots and revivals that are coming to our TV screens in the 2018-19 TV season. Leaving all the spin-offs like Legacies and Pretty Little Liars: The Perfectionists out of this post. Okay, now that that’s cleared up, let’s get into the new reboots and revivals of the upcoming 2018-19 TV season. Aka the revivals and reboots that are coming to our TV screens either this fall or in spring 2019. Let’s begin, shall we? 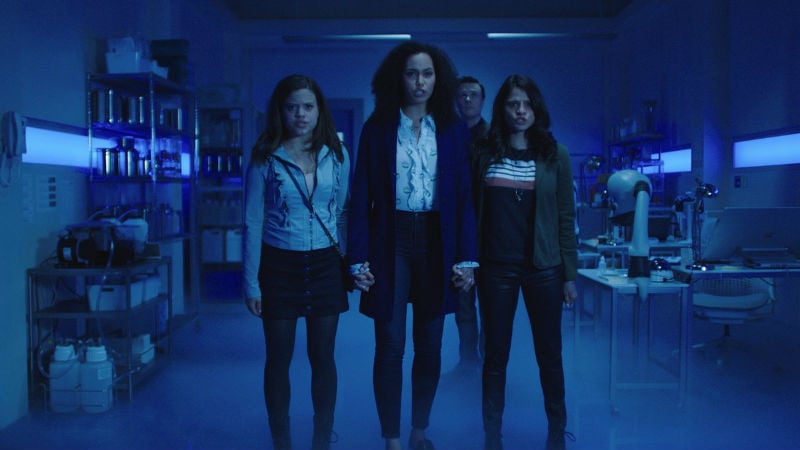 And we will begin this list of new reboots and revivals of 2018/2019 TV season with probably the most controversial reboot on this list – Charmed. The show’s original version was extremely popular during its run in the late 90s and early two-thousands. So it is no wonder The CW is looking to reboot the show. After all, more than a decade has passed since the original series came to a close. And the world is ready for a new Power of Three.

This new irritation of the show was written by Jane the Virgin’s creator Jennie Snyder Urman. Will star Madeleine Mantock, Melonie Diaz, and Sarah Jeffery as the three main witches Macy, Mel, and Maggie. With supporting cast including Rupert Evans playing their Whitelighter Harry Greenwood, and Ser’Darius Blain, Charlie Gillespie and Ellen Tamaki playing the sisters’ love interests. And will tell the story of the three sisters discovering their abilities and fighting evil in a small college town called Hilltowne.

Unfortunately, none of the actors of the original cast will participate in the reboot and even have publicly admitted that they weren’t asked to return at least in some capacity. Nevertheless, with the new cast and premise of the show, I have no doubt that it will still be interesting to watch for both fans of the original show, and those who don’t even know about the bona fide series. The Charmed reboot is set for a two-part premiere on Sunday, October 14 and Thursday, October 18. After which the show will return to it’s regular Sunday night at 9/8 central time slot. 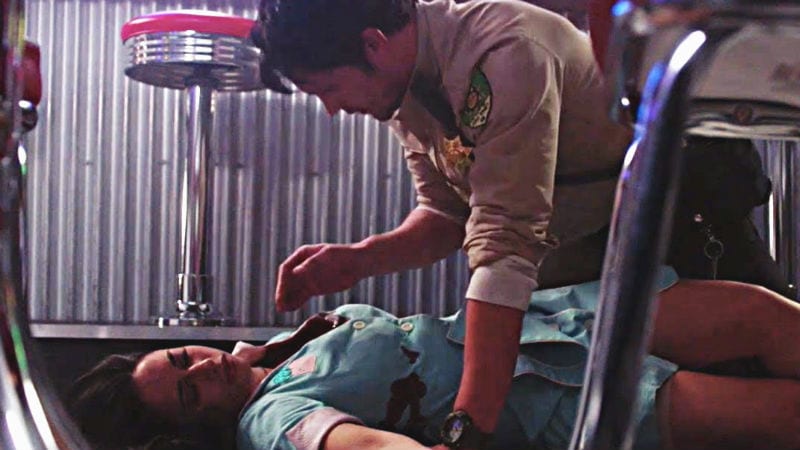 But Charmed isn’t The CW’s only reboot they are bringing their audiences this upcoming TV season. Because they are also remaking Roswell. The WB’s hit series that aired from 1999 to 2002 and was a fan-favorite among sci-fi and drama lovers alike.

The re-imagined series titled Roswell, New Mexico comes from writer Carina Adly MacKenzie. And is headlined by Jeanine Mason and Nathan Parsons, who will play Liz Ortecho and Max. With the ensemble cast also including such names as Michael Trevino, Tyler Blackburn, Heather Hemmens, Lily Cowles, Karan Oberoi, Michael Vlamis and Trevor St. John playing other residents of the town of Roswell.

The rebooted version of Roswell will again tell the story of Liz and Max, who reconnect after Liz is forced to return home after something tragic happens. As well as the rest of the inhabitants of the small New Mexico town, who are sucked into the huge conspiracy that is plaguing this town. Will this new version of the beloved TV show will do as good as the original did? Time will only tell. But with an ensemble like that and the promise of romance, mystery, and conspiracy, we will sure be tuning in when the series premiers in spring 2019. 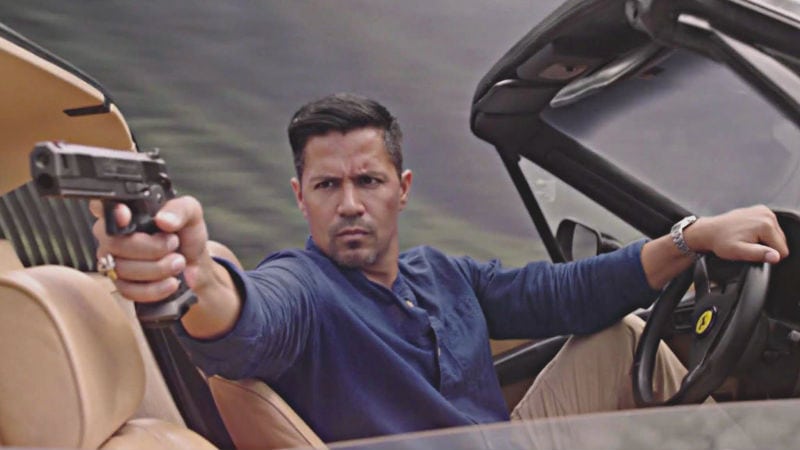 And the third reboot of the 2018/19 TV season is CBS’s Magnum P.I., a brand new take on the 80s cult classic with a new cast, a mustache-less lead and a bit newer version of the iconic red Ferrari.

Magnum P.I. 2.0 hails from a collaboration between Peter M. Lenkov and Eric Guggenheim. Stars Jay Hernandez as Thomas Magnum. Zachary Knighton as Orville “Rick” Wright. Stephen Hill as Theodore “TC” Calvin and Perdita Weeks as Juliet Higgins. And will tell the story of Magnum and his diverse team as they solve cases that no one else will take.

With Peter M. Lenkov leading the charge there is a good chance that this new interpretation or Magnum P.I. will be a success. After all, Lenkov has already managed to successfully revive the Hawaii Five-0 and MacGyver franchises. But to have that happen for sure, make sure you tune in on Monday, September 24 when the series premieres on CBS. 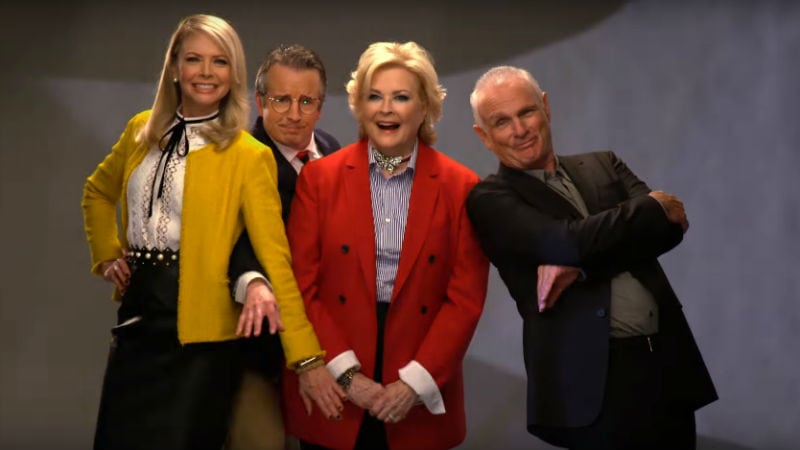 Now on to the revivals. Because this list of the new reboots and revivals of the 2018-2019 TV season wouldn’t be complete without them. And first on our list is Murphy Brown. A revival of the classic 80s and 90s sitcom, starring mostly the same cast but telling new and modern stories.

That’s right, the original show’s lead Candice Bergen will be back as Murphy Brown. And alongside her reprising their roles as Corky Sherwood, Miles Silverberg and Fran Fontana will be Faith Ford, Grant Shaud, and Joe Regalbuto. With Jake McDorman, Nik Dodani and Tyne Daly joining the cast as Murphy’s son Aery, Murphy’s new show’s social media director Pat and Phil’s sister Phyllis.

As for what the 13-episode revival of Murphy Browm will be about? It will continue to tell the story of Murphy as she and her team embark on hosting a cable morning show. Want to see how this updated version of Murphy Brown will play out? Then make sure you catch the rival on Thursday evenings starting September 27 on CBS. 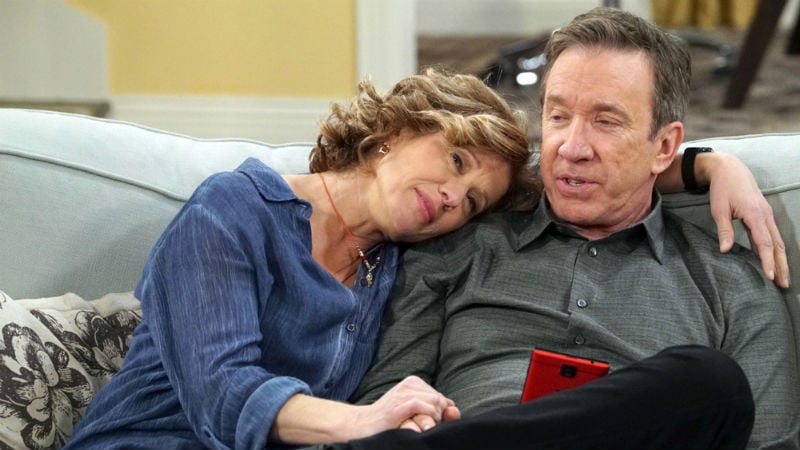 And last but not least is the Last Man Standing revival over at Fox. Because after ABC canceled the sitcom in 2017, Fox snatched it up and polished it up to air on their network this upcoming TV season.

Luckily for fans of Last Man Standing’s ABC run, the comedy series will star most of the original cast. Because Tim Allen, as well as Nancy Travis, Jonathan Adams, Amanda Fuller, Jordan Masterson, Hector Elizondo and Christoph Sanders, will be back reprising their roles as Mike Baxter, Vanessa Baxter, Chuck Larabee, Kristin Baxter, Ryan Vogelson, Ed Alzate and Kyle Anderson respectively. The roles of Mandy and Boyd Baxter (previously played by Molly Ephraim and Flynn Morrison) were recast and handed to actors Molly McCook and Jet Jurgensmeyer. And Fox’s Last Man Standing revival will continue telling the story of Mike Baxter and his family and friends.

Although it is hard to predict if the tone or style of the show will change with the network switch, if you loved the original series, I have no doubt you will love the revival as well. Still not sure? Well, there is only one way to find out. By watching the show once it premieres on Fox on Friday, September 28!