Following the death of her Southern minister and business mogul husband Eugene Monreaux, Filthy Rich follows Eugene’s widow Margaret who is exactly that: filthy rich. From the executive producer of Empire and writer/director Tate Taylor of The Help, the show promises to offer both suspense and a lot of soapy drama.

The series by Fox is based on the New Zealand series of the same name, created by Filthy Productions Limited, and is described as a “gothic family drama in which wealth, power, and religion collide.” It was scheduled to premiere in the spring of 2020. However, due to COVID-19 that caused Fox to stop production of all of their current and new shows, Filthy Rich will now premiere during Fox’s fall 2020 lineup. And it will air on Tuesdays at 9!

As seen in the trailer below, the Monreaux family apparently has issues to work out. Margaret Monreaux will have more than she expected on her hands while mourning the death of her highly respected husband, as the aftermath, unfortunately, reveals a secret life. We’ll have to wait for the season premiere to see how that plays out!

Production Company 20th Century Fox Television, along with the Fox network, Imagine Television, and Wyolah Films collaborate on the American version of the original satire dramedy.

The show was developed by Tate Taylor, who is a writer and a director on the series. And executive produced by Abe Sylvia (The Producer), Imagine Entertainment co-founder Brian Grazer (Apollo 13, A Beautiful Mind), producer Francie Calfo (Empire), and MTV’s John Norris.

When Eugene Monreaux’s plane crashed, it sparked the tragic surprise death of the highly respected founder of the Sunshine Network, a wildly popular Christian television network. His sudden passing also revealed his secret life, which his wife Margaret, ambitious son Eric, and budding fashion designer daughter Rose, will have to deal with.

The Monreauxes are stunned to learn that Eugene had been hiding many secrets, among them the fact that he fathered three illegitimate children: Vegas cocktail waitress Ginger, boxer Antonio, and son Jason, all of whom are written into his will. It will be up to Margaret to use her business savvy and Southern charm to control the family and its newly legitimized heirs, even if their very existence threatens the family name and fortune.

Five-time Emmy Award nominee and Golden Globe awarded Kim Cattrall (Sex and the City) stars the show as Margaret, the Oprah-like matriarch of the Monreaux family, and co-founder of the Sunshine Network. While Gerald McRaney (Simon and Simon) will play Eugene, a minister, and the billionaire husband. Their legitimate children Rose and Eric will be played by Aubrey Dollar (Dawson’s Creek) and Corey Cott (The Good Fight), respectively.

The three illegitimate children, on the other hand, will be portrayed by Mark L. Young (The OC), who will play Jason Conley, Melia Kreiling (Guardians of the Galaxy) who will portray Ginger Sweet, the daughter rejected by Eugene, and Benjamin Aguilar (Straight Outta Compton) who will play Antonio, single dad and boxer from Queens.

Also reported to have joined the show are Steve Harris (The Practice) as Franklin Lee, David Denmen (The Office) as Reverend Paul Luke Thomas, and Olivia Macklin as Becky Monreaux, Eric’s wife.

With billions on the line and plenty of deceit, twists and turns, and shade from every direction, Filthy Rich will be a business bloodbath of ulterior motives and greed-driven family drama. So, if you’re ready for all that or just want to see Kim Cattrall shine, make sure to watch when Filthy Rich premieres this fall! 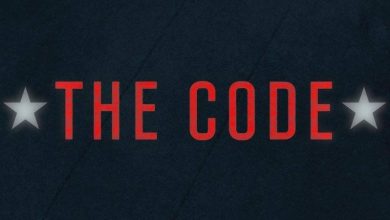 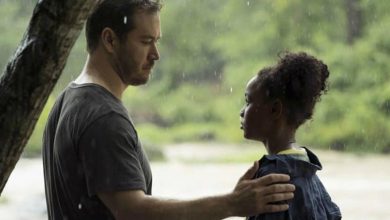 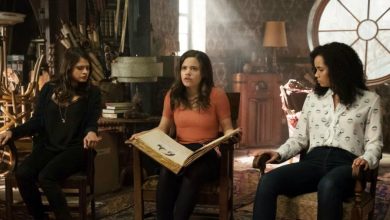