90s kids are going to LOVE this one!

You all remember Kenan Thompson from classics like All That and Kenan & Kel, right? You’ve probably even seen him more recently in Saturday Night Live or Bring The Funny.

Well, NBC has given the green light on a new show featuring Thompson himself, Kenan (formally know as The Kenan Show).

Kenan, the third of Kenan Thompson’s series within the NBC family, headlines Thompson and gives us a closer look into his personality, charm, and dad skills.

This new single-camera half-hour comedy series on NBC is executive produced by Kenan Thompson himself alongside Jackie Clarke (who’s the writer of Superstore), David Caspe (who created Happy Endings) as well as with Ken Whittingham, Lorne Michaels, and Andrew Singer.

Clarke and Caspe, who also serves as the showrunner for the series, co-wrote the second incarnation of this comedy series after it failed to get on the air in 2020.

And the production companies behind this new series are Broadway Video and Universal Television.

What’s this show about?

The show follows Kenan, a recently widowed father of two, who’s trying his best to balance taking care of his two young daughters while also being the host of one of the top Atlanta morning shows.

Helping him are Kenan’s father-in-law Rick and brother Gary, who both live with Kenan. However, more often than not, the two along with Kenan’s co-worker Mika, offer more opinions than actual help.

Who’s playing who on Kenan?

Well, we already know that Kenan Thompson is at the helm of the show, but who’s going to be joining him? 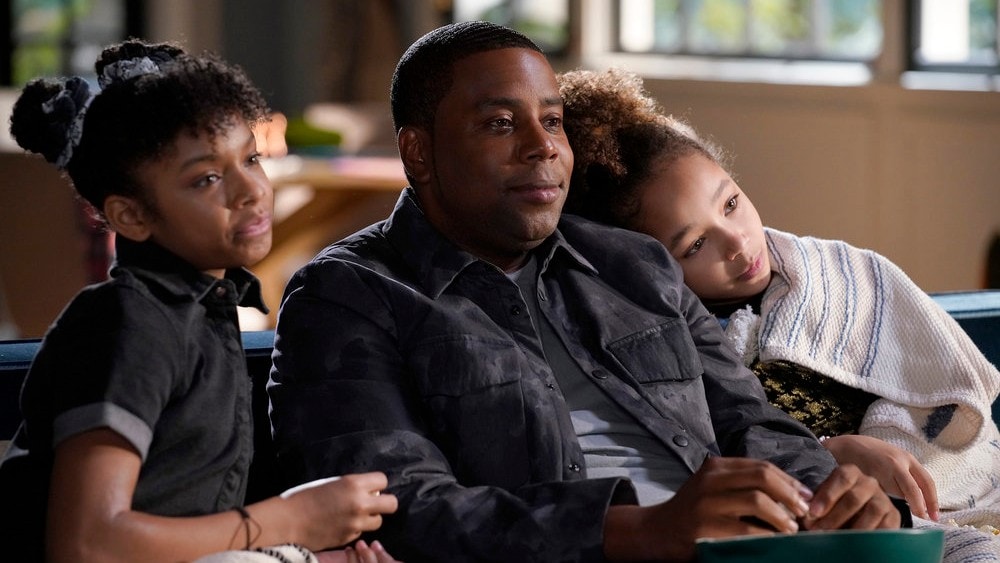 Don Johnson will portray sax player Rick, Kenan’s live-in father-in-law who’s trying to make up for missing out on his own daughter’s childhood by helping Kenan raise his granddaughters. He’s the father of Kenan’s recently deceased wife, Cori, played by Niccole Thruman.

Also starring in Kenan are Chris Redd as Kenan’s brother and manager Gary. And Kimrie Lewis as Mika as Kenan’s friend and the executive producer for his morning show.