Not many TV shows go down in history as worthy of multiple sequels, continuation films, parodies, modern pop culture references, and series reboots. However, the 1970s series Kung Fu is definitely one of them.

The original aired between 1972 and 1975, and spawned two movies followed by a series spin-off some 20 years after it aired! References to Kung Fu and its main character named Kwai Chang Caine have been made in several other films and shows such as Fast Forward, Pulp Fiction, and Office Space.

In 2017, news surfaced that there were plans of a female-led reboot for Fox, from Riverdale and the Arrowverse’s Greg Berlanti and Wendy Mericle. However, it was revealed in 2019 to have moved to The CW – which makes sense, considering this is home as well to Berlanti’s various Arrowverse works.

The Kung Fu reboot soon received its pilot order and in May 2020, was picked up straight to series.

Here’s what we know so far about the upcoming Kung Fu reboot!

Who’s behind the reboot?

Kim, who is also the writer for the show, and Gero are producing under the latter’s Quinn’s House Production Company while Berlanti and Schechter are from Berlanti Productions.

The project is a joint production with Warner Bros. TV.

What’s the Kung Fu reboot about?

Though inspired by the original series’ storyline, the Kung Fu reboot will follow the story of Nicky Shen, a young Chinese-American woman.

Due to personal circumstances, she decides to drop out of college (much to the chagrin of her parents) and go on a “life-changing journey to an isolated monastery in China”. When she returns to San Francisco, however, she finds that her community has been taken under control by a powerful Triad – including her parents and their restaurant business.

With crime and corruption abound in her hometown, Nicky must try to protect her family and those around her with the martial arts skills and Shaolin values that she acquired on her journey in China.

This proves to be a harder task than expected as in the midst of dealing with her estranged family, she’s also trying to find the assassin who killed her Shaolin master Pei-Ling and is now out to get her as well.

The protagonist Nicky Shen will be played by Olivia Liang (Legacies).

Her parents Jin and Mei-Li Shen, both of whom are hiding important family secrets, are set to be played by Tzi Ma and Kheng Hua Tan, respectively. 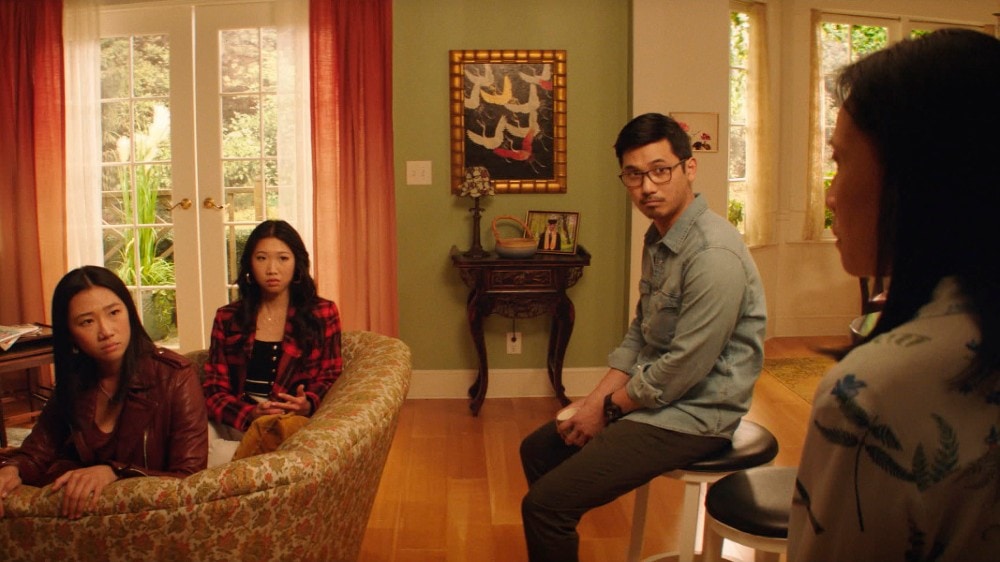 Both her siblings are helping her find out more about the assassin Zhalin. Along with her ex-boyfriend and assistant district attorney Evan Hartley (played by Gavin Stenhouse), and current love interest Henry Chu (played by Eddie Liu), who’s a history buff and martial arts instructor. The assassin herself will be played by Gwendoline Yeo.

And most recently Ludi Lin was cast as Kerwin Tan, who’s the heir to the Tan family’s billion-dollar fortune. Yvonne Chapman will recur as Zhilan, another assassin who steals an ancient sword from Nicky’s mentor Pei-Ling nearly killing Nicky in the process. Vanessa Kai will play the aforementioned Pei-Ling Zhang. Tony Chung will star as Althea’s wealthy fiancé Dennis Soong. And Bradley Gibson has joined the cast in the recurring role of Joe Harper, a graphic artist and community organizer in Oakland who will have a romantic relationship with Nicky’s brother Ryan.