From Famous in Love and Will & Grace renewals. To Mr. Robot season 3 first look, finding out Regina and Hook’s Hyperion Heights identities and getting 13 new Once Upon a Time season 7 photos. And to news about this year’s Arrow-verse crossover. This is Week in Retrospect: July 31 to August 6.

Famous in Love gets season 2

I have good news for all those who are still reeling about where the last episode of Famous in Love season 1 left us because the show got renewed for season 2. That’s right! This past week the Marlene King executive produced series Famous in Love got renewed for season 2. So it looks like we might, after all, find out who shot Barrett Hopper. And, of course, find out if Page chose Jake or Rainer, after Jake’s very public confession of love at the end of season 1.

Ever since SDCC, where first footage from Once Upon a Time season 7 debuted, we have been wondering who Hook, Regina, and Rumple will be in the new curse world they will find themselves in during the new season. Well, wonder no more. Because yesterday the identities for two of the three characters were disclosed. Along with 13 pictures, that give us a bit deeper look at what to expect from Once Upon a Time season 7. 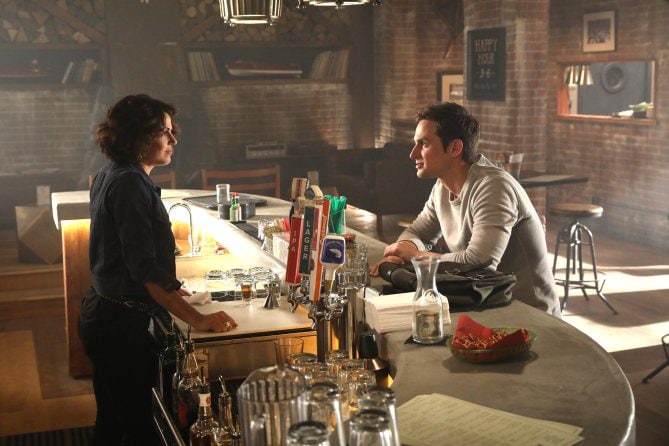 So, from Entertainment Weekly we learned that Hook will indeed be a Seattle cop. Moreover, this new version of Hyperion Heights Hook will try to be the best cop he can be. While simultaneously trying to figure out what is missing from his life. As for Regina, she will be a bar owner, who will be vastly different from the Storybrooke Regina we all know and love. Not only in appearance, but also in character.

And on top of that we also now know, that, similarly to the previous seasons, the character won’t know each other in the real world. They will recognize each other only in the fairy tale world. How’s that for a reveal? Did it get you even more excited for Once Upon a Time season 7 when it arrives this fall?

Will & Grace revival gets another season

All of the Will & Grace fans who were overjoyed, when they found out that the show had been revived for a new season, can start screaming from joy once again. Because guess what, the show got renewed for season 2 (or technically it will be the 10th season for the show).

And this is great news because it shows how much NBC believes in this sit-com since the first season of the Will & Grace revival hasn’t even aired (it premieres on Thursday, September 28). In fact, it only just started shooting. So along with the initial 16 new Will & Grace episodes in season 9, we will be getting at least 13 more in season 10.

There has been a lot of speculation about the possibility of another epic crossover between all four DC comic universe shows that air on The CW, ever since they all were renewed for additional seasons. But now we can say for sure that there will be one, and we even know the dates on which the episodes will air.

So, this season’s #DCWeek crossover event will kick off on November 27 during the Supergirl episode. And for those who are wondering, no, this time it won’t be just at the tail end of the episode. This time the Supergirl episode will be fully dedicated to this event. Then, it will be followed by an Arrow episode, which will air on the same Monday, making it an exception to its usual Thursday spot.

Fans of Mr. Robot have waited a long time to see any footage of the show’s upcoming season. And for good reason, since season 2 ended with Elliot shot and his future unknown. Well, luckily, we finally have the first Mr. Robot season 3 trailer (video below). And let me tell you, the Mr. Robot season 3 first look is totally in line with the unique Mr. Robot tone and aesthetics. Full of mystery and promised danger.

The old world is dead. It’s time to create a new one.

Before I dive into the second part of this Week in Retrospect, I wanted to let you know that this week I am trying out a new format for this segment. Instead of doing Important TV moments, from now on I’m thinking of doing a Weekly TV highlight section, where each week I will tell you about a show or an episode that I found myself particularly attracted to in the past week. Let me know if you prefer the old Important TV moments format or the new version it!

So this last week I found myself particularly entranced by a show called Timeless. The NBC show enjoyed the spotlight earlier this year when it was canceled and then uncanceled. So I thought I give it a shot and see what it’s all about. And let me tell you, I’m hooked.
The show is not only entertaining but almost slightly educational. I know I learned a lot about different events in history that I didn’t know about from it. Even if they were altered during the episodes, Timeless made me look up these events and read about them a bit more. So, it definitely check’s the box for educational in my book.

Additionally, the show has just the right amount of humor laced with awesome costumes, action and some good old mystery, to make it exciting to watch episode after episode. And the cast and their chemistry also help. Overall, if you like time travel, history, mystery or adventure TV shows, the give Timeless a shot. You won’t regret it!