This past week was quieter in TV news than the previous few have been. However, it doesn’t mean that we didn’t get some really interesting news. From 3 renewals and 3 cancellations, Chicago Med season 3 premiere date announcement and Stranger Things season 2 final trailer. To two reboots and Riverdale, The Shannara Chronicles, and Mr.Robot season premieres as my weekly TV highlight. This is Week in Retrospect: October 9 to 15.

Renewals and cancellations: three for three

Last week turned out to be quite interesting when it comes to TV show renewals and cancellations because three shows got the ax while three others got another season. Let’s start with the bad news, on Tuesday the news came that Starz is ending their sports comedy Survivor’s Remorse. Meaning that last night’s season 4 finale indeed was also the series finale. Additionally, a day later BET announced that Being Mary Jane isn’t coming back for season 5 either. Luckily, the storylines will be wrapped up in a  two-hour movie, which will air sometime in 2018. And lastly, NBC passed on renewing The Night Shift. Meaning, that the fourth season that aired this summer was the show’s last.

On a brighter note, CBS is moving forward with Ransom season 2. So we will surely see at least another 13 episode of this thrilling drama. Additionally, AT&T Audience Network is giving another shot to their crime drama Mr. Mercedes. And finally, Disney Channel ordered second reason for the That’s So Raven spin-off Raven’s Home. So, which cancellation was the most shocking to you? And which renewal made you excited for what’s to come? Let me know!

It was a surprise when NBC announced that they are moving their medical drama Chicago Med to midseason. Mostly because all three of the Once Chicago shows (Chicago Fire, Chicago PD, and Chicago Med) are so interlinked and characters from one show often show up on one of the two others. Luckily, we now know just how long we will have to wait to see the new season of Chicago Med. Because this past Tuesday NBC announced the Chicago Med season 3 premiere date. And that date is Tuesday, November 21. Which is great, since it means we have to wait just a little over a month to see what happened to Dr. Charles.

Two reboots in the works

Finally, in the time of reboots and renewals, we have two new ones to share with you. Because last week it was announced that two popular networks each are working on their own reboot. One of an early 2000s TV show and other of a movie that came out around the same time.

So on Thursday, The CW shared their plans of rebooting the alien drama Roswell, which aired on The WB and UPN from 1999 to 2002 and in that time earned a cult following. The reboot is helmed by The Originals producer Carina Adly Mackenzie. With the Roswell High books series author Kevin Kelly Brown also attached to this project.

And on the same day, NBC made public their plans on rebooting the movie Blue Crush into a TV show. This surfer movie came out on 2002 and quickly became a box-office hit. And, seeing as the TV show version will also focus on a female surfer living on Hawaii’s North Shore, it sounds like this Hannah Schneider-written project could be a major hit.

Riverdale, The Shannara Chronicles, and Mr.Robot are back

And as my this weeks TV highlight I have to mention the fact that three amazing shows finally premiered their new seasons. Although the first episodes weren’t as good as I hoped they would be, they still nicely set up the new seasons of all three shows. As well as gave us a good indication of what will go down during these seasons.

Even though Riverdale season 2 premiere revealed what happened to Frank Andrews pretty quickly. It did shock us with the death of Miss Grundy un the new, bigger mystery that will no doubt unravel during the second season of the show.

The Shannara Chronicles showed us what all the main characters have been up to during the year-long gap between the events of season 1 and 2. And it also not only introduced some new interesting characters and their agendas. But also set up the two main threats for this season.

And last but not least, Mr. Robot. The premiere was visually stunning. But more than that, it didn’t leave us hanging when it comes to Eliot’s fate or his next moves. Because, Eliot, in fact, is alive. And it looks like the junior season of the show will concentrate on Eliot trying to fix what he did. While his other half Mr.Robot will be trying to do the opposite – keep the chaos going an carry out phase two. Seems like Mr. Robot season 3 will be intense. Just the way I like it! 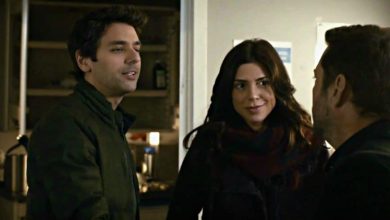 Everything you need to know about Wynonna Earp season 2 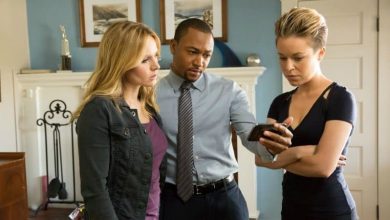 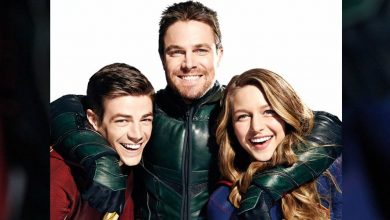