There was no Week in Retrospect last week, so this week I am making up for the lost time and giving you a two weeks’ worth of Week in Retrospect. Full with show renewals and cancellations. Marvel’s Runaways first look and Riverdale season 2 trailer. As well as news related to two different spin-offs. And Designated Survivor as my Weekly TV highlight. This is Week in Retrospect: September 18 to October 1.

Two renewals and one cancellation

Over these past two weeks, only one show was canceled and two renewed. Which is pretty mild, compared to some weeks. So which show got the ax and which two will enjoy another season?

Well, first of all, HBO decided to have their 1970s drama The Duce be at least a two season show. Which is interesting, since the show only premiered at the end of August. Following in HBO’s footsteps NBC renewed their freshman comedy Marlon, which also only premiered in August. Guess the two networks are liking what they see in the rating department for their two newbie shows.

Unfortunately, Spike’s newest horror drama The Mist wasn’t so lucky because Spike TV has decided not to give this show a second season. Yet with low ratings and bad reviews, this cancellation was anything but unexpected.

It has been a while since we have heard anything about Marvel’s Runaways, the Hulu series which will premiere its 10 episodes on November 21. However, the wait is over, because this past week we were treated to 8 first-look photos of the Marvel series. 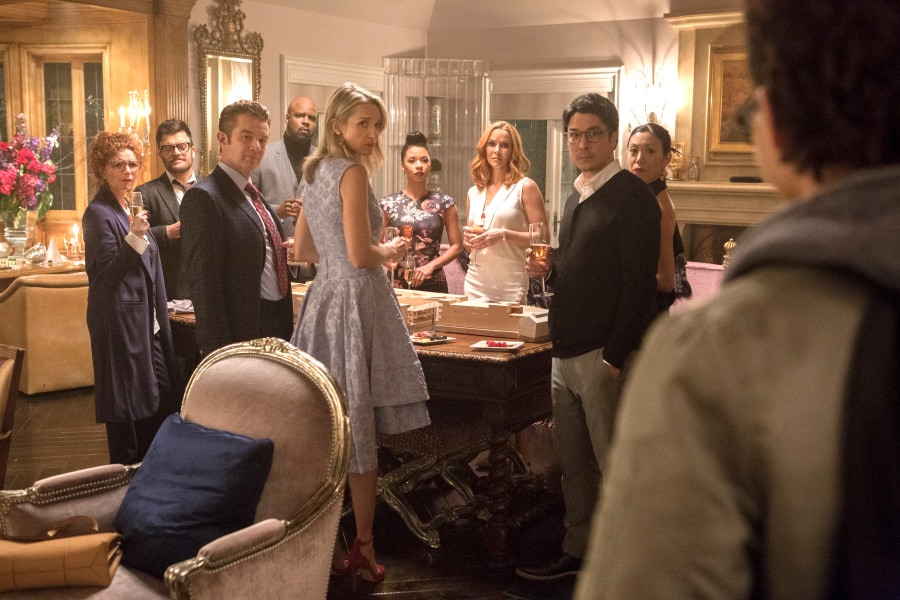 This photo Marvel’s Runaways sneak peek not only gave us a better look at all six of the main characters. Individually and together. But also gave us a first glance at the villains of this show – a group of parents who call themselves The Pride. And since the show looks so visually different from other Marvel’s TV shows that are airing or about to air on TV, I’d say they successes to peak my interest. Will you be catching Runaways come November?

Only a little over three months have passed since the series finale of Pretty Little Liars. But we are already learning that Freeform has a PLL spin-off up their sleeves. Not only that, the network has also confirmed that the Pretty Little Liars spin-off officially received a pilot order. Which is the first step to us potentially seeing the new show on air sometime next year.

The spin-off titled Pretty Little Liars: The Perfectionists will star two of the original show’s cast members, Sasha Pieterse and Janel Parrish. With PLL’s showrunner Marlene King executive-producing. However, don’t expect for the spin-off to continue taking place in Rosewood. No, the location will be moved to a small town called Beacon Heights, where people are obsessed with being perfect. But, as we all know, perfect comes at a cost. Which, in true PLL fashion, will be a murder. Are you excited for this PLL spinoff?

Riverdale is probably one of the most anticipated The CW returns this season. And with good reason. The first season delivered us mysteries, romance and breakout performances from all of the stars of the show. And since Riverdale season 2 October 11 premiere is just around the corner, the network gave us a treat in the form of a brand new sneak peek trailer (video below).

This town is trouble. #Riverdale‘s back in TWO WEEKS on October 11 on The CW. pic.twitter.com/9zFZjVxiyh

The short 30-second clip gave us a lot. From seeing the two main couples Bughead (Betty & Jughead) and Varchie (Veronica & Archie) together in sweet and a few steamy scenes. To seeing Archie’s dad on the operating table and the gag lending support to Archie. And since over these past two weeks we also learned that Riverdale season 2 will bring Betty’s long lost brother to town as well as feature the Southside Serpents more prominently, I can only imagine how interesting the sophomore season of the show will be.

That’s right Caroline is coming to New Orleans for a multi-episode storyline. And, although we can be sure that Klaroline reunited off-screen, to see it play out on screen, you will, unfortunately, have to wait until 2018. When the episodes of The Originals with Caroline in them will air.

I remember when the show first aired last year. I watched the first few episodes and then kind of forgot about the show. Until last week that is. Because the show’s who-blew-up-the-capitol mystery and enigmatic characters just sucked me in. And didn’t let go until I finished the first season.


Lucky for me, I could not only binge the whole first season of Designated Survivor. I could also watch the Designated Survivor season 2 premiere. And, although, now I will have to wait week after week for a new episode, I am just happy that the show got a second season and I can enjoy more adventures of the Kirkman administration.

And I recommend you to give this show a shot, too. Because it does mystery and politics very well! So if you like this kind of shows, you won’t want to miss Designated Survivor!