The 2010’s was a whirlwind of a decade that brought us a plethora of amazing shows which are bound to end up timeless classics. We’ve got The Walking Dead, Game of Thrones, Stranger Things, Veep, and countless others. That’s not even accounting for all the new series’ that have come out of the Marvel and DC Universes!

Given all the phenomenal shows we’ve been treated to in the past decade, we’ve definitely got high hopes for the decade to come. So, let’s take a look at 20 of the most highly anticipated TV shows that are kicking off this new decade! 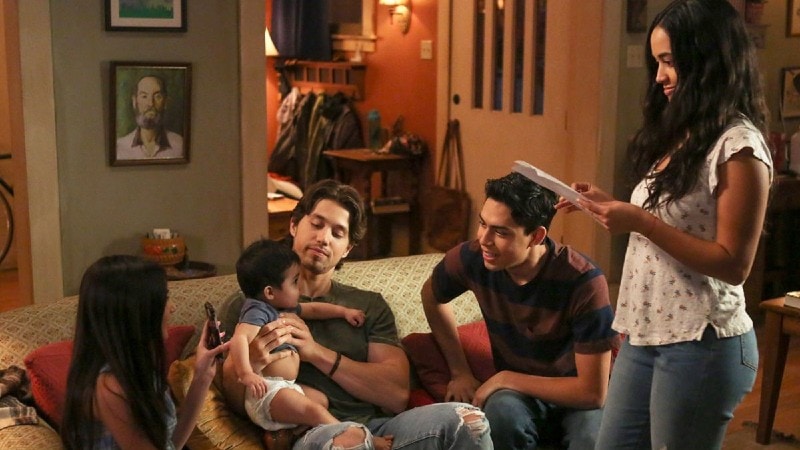 A reboot of the 90s show of the same name, Party of Five changes up the original plotline to have it much more reflective of the current times.

Where the original centered on siblings who had to raise themselves in the aftermath of their parents’ death. While the 2020 reboot has the parents deported back to Mexico.

Awkwafina Is Nora from Queens 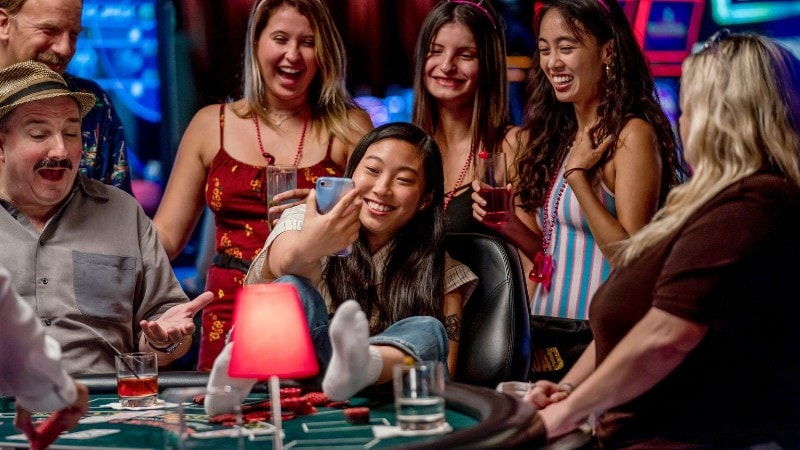 We just can’t get enough of Awkwafina! This year, she stars in this semi-autobiographical comedy series that zooms in on her life during her early 20s.

Though playing a fictionalized version of herself, we get a closer look at what her life was like while she was still living in Queens, just trying to achieve her dream and make it big. And since the show has already been renewed for season 2, there is a lot more where season 1 came from!

Check it out on Comedy Central starting January 22! 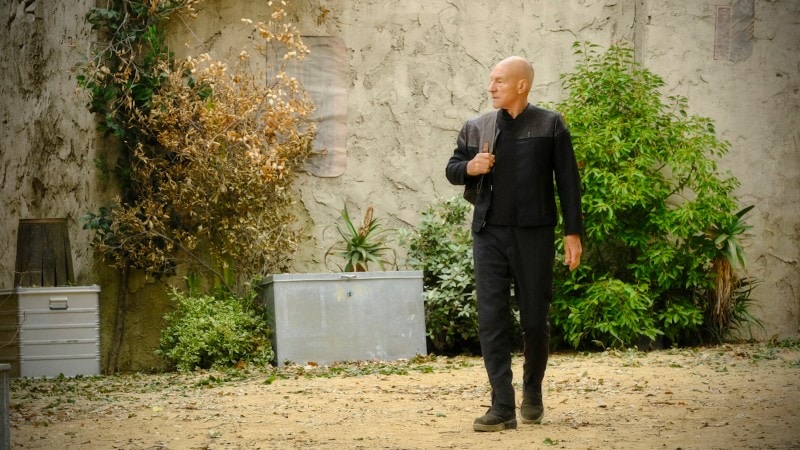 Patrick Stewart reprises his role as Jean-Luc Picard, captain of the USS Enterprise. Now retired and living in France, we’ll see a changed Picard dealing with the aftermath of the destruction of Romulus even 20 years after we last saw him in Star Trek: Nemesis.

With a slew of new characters, one of which has four paws and fur, Star Trek: Picard promises to show a different side to the captain we all knew.

Catch the show’s first season on CBS All Access after its premieres on January 24. And season 2 next year, since CBS All Access has already renewed the series for a second season! 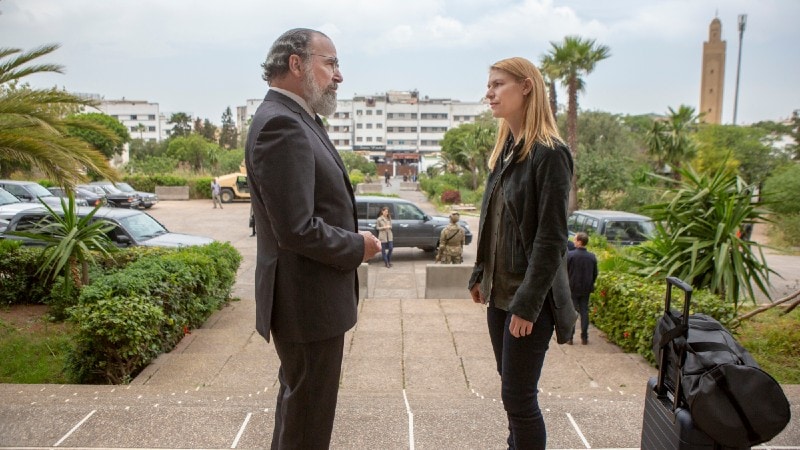 Homeland is approaching its end and the eighth and final season is a doozy. Particularly because fans have been waiting since April 2018, when the seventh season ended!

The story continues in Afghanistan where National Security Advisor Saul Berenson is on the path to negotiate peace with the Taliban. He wants Carrie to bring her expertise to the table, but is that really the best idea when she’s still recuperating from her time as a prisoner in Russia?

Find out on February 9 only on Showtime! 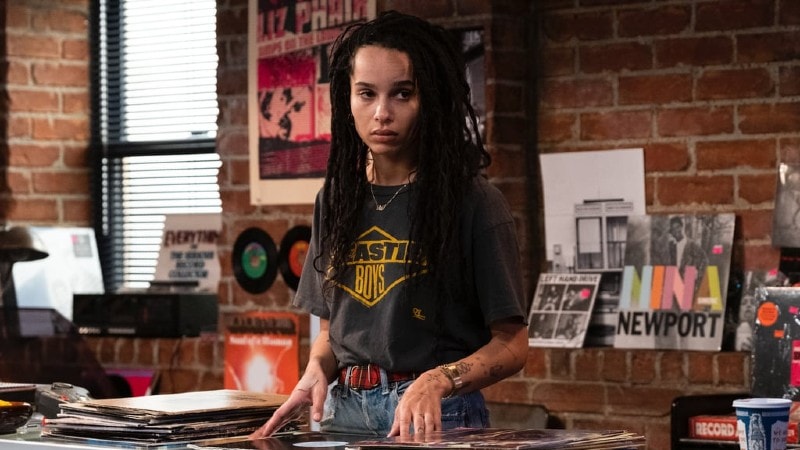 High Fidelity is a romantic comedy series based on both the 1995 British novel by Nick Hornby and the 2000 film, both of the same name.

With a few refreshing characters and story changes, Zoe Kravitz plays a record store owner (previously played by John Cusack) in Brooklyn who uses music to cope with her disastrous romantic life.

Catch the series on Hulu when it premieres this Valentine’s Day! 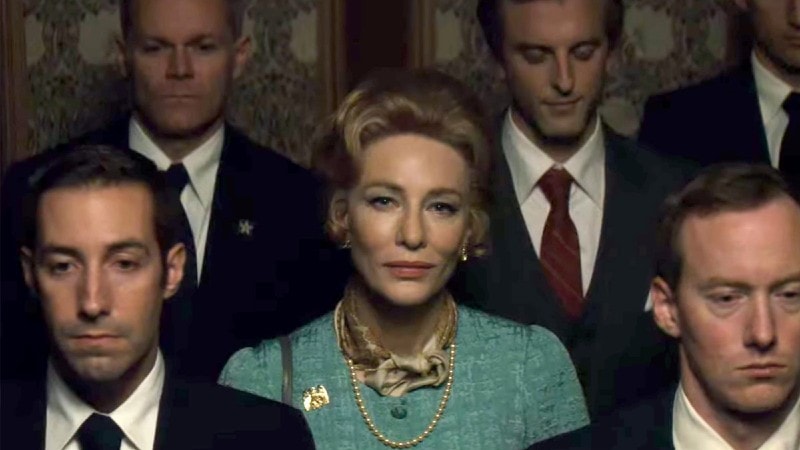 Though just a miniseries, Mrs. America will cover the 1970s movement to have the Equal Rights Amendment ratified and the opposition in the shape of Phyllis Schlafly (played by the amazing Cate Blanchett).

In the current political landscape, Mrs. America will shed light on the issue from both sides of the spectrum – a view that could prove to be timely and pivotal.

What are they hunting on Hunters? Nazis living in New York City in the late 1970s!

Yes, a group called The Hunters have discovered several hundred high-ranking Nazi officials are hiding among the regular folk in NYC and conspiring to bring their political ideals to the US with a Fourth Reich. Yikes. 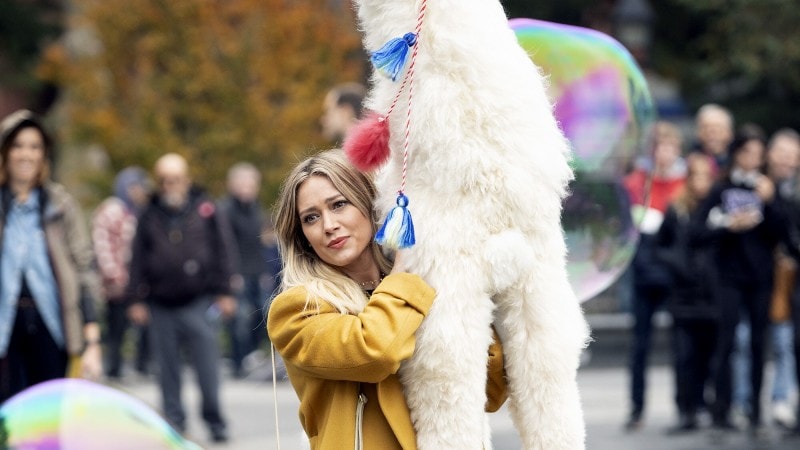 This is definitely what dreams are made of! The classic Lizzie McGuire show from the early 2000s is back with a revival. And with a whole bunch of actors reprising their roles.

Lizzie is now 30 and living her best life in New York City. She has her dream job working for a fancy decorator, is in a loving two-year relationship with a chef, and – as Hilary Duff herself said – “has a much bigger shoe budget”.

Meet the grown-up Lizzie on Disney+ later this year! 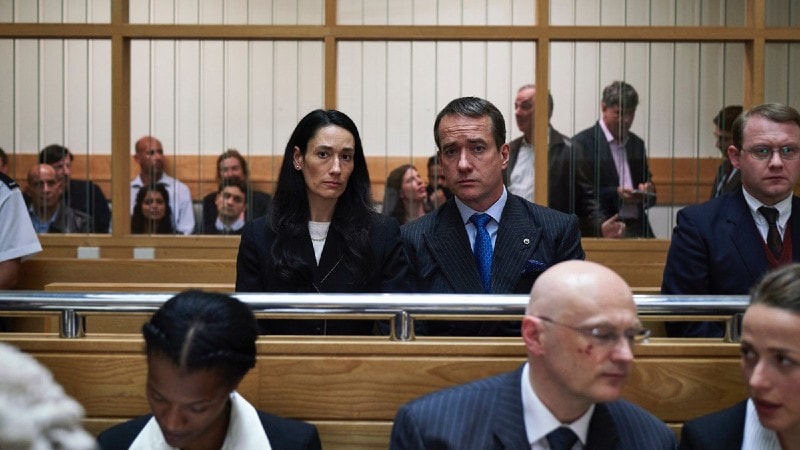 Back in 2001, Who Wants To Be A Millionaire was a huge hit all over the world. In that same year, Charles Ingram bagged the stunning million-pound prize. This three-part miniseries covers the story of Charles and his wife Diana, as they are accused of cheating their way into winning the game.

Catch Sian Clifford and Matthew Macfayden as they play the couple, as well as Michael Sheen as the game show host when Quiz premieres on AMC sometime in 2020. 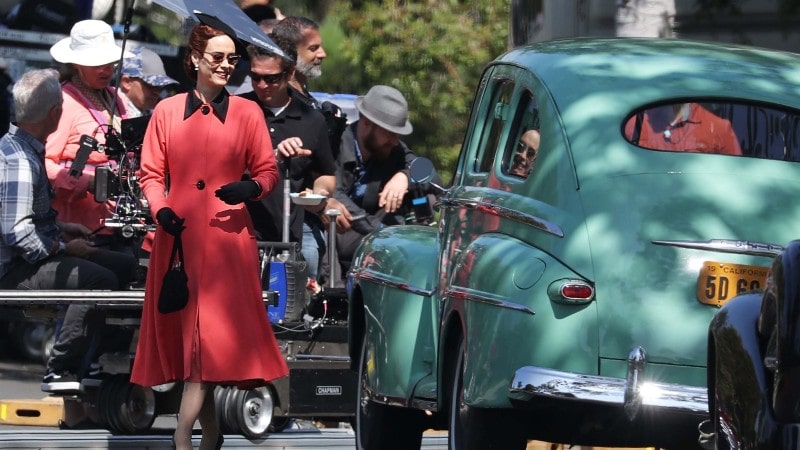 Ratched is based on the Nurse Mildred Ratched character from the 1962 novel and 1975 film, One Flew Over the Cuckoo’s Nest.

For the uninitiated, Nurse Ratched has been credited as the origin of the battleax nurse stereotype, particularly in the setting of a psychiatric center. Ratched is her origin story and will shed light on her progression from a nurse to a murderous monster.

Sarah Paulson plays the titular character, and there’s no one better to play the role! Which you can make sure of yourself in September 2020 when Ratched is set to be released on Netflix. 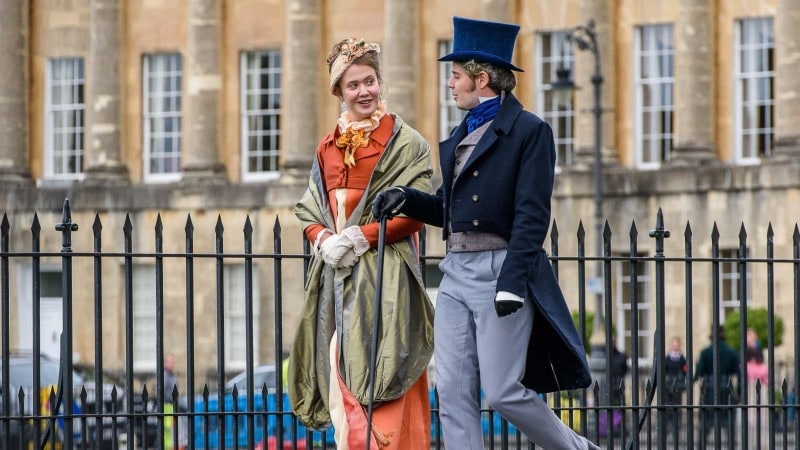 Bridgerton is Shonda Rhimes’ first production in partnership with Netflix and is based on a series of best-selling, historical fiction romance novels by Julia Quinn.

So far, it’s looking like a mix of Pride and Prejudice and Gossip Girl, since it’s a look into the London high society in the early 1800s, narrated by a gossip writer (voiced by none other than Julie Andrews).

When will we get to see this new show? It’s scheduled to drop on Netflix later this year. 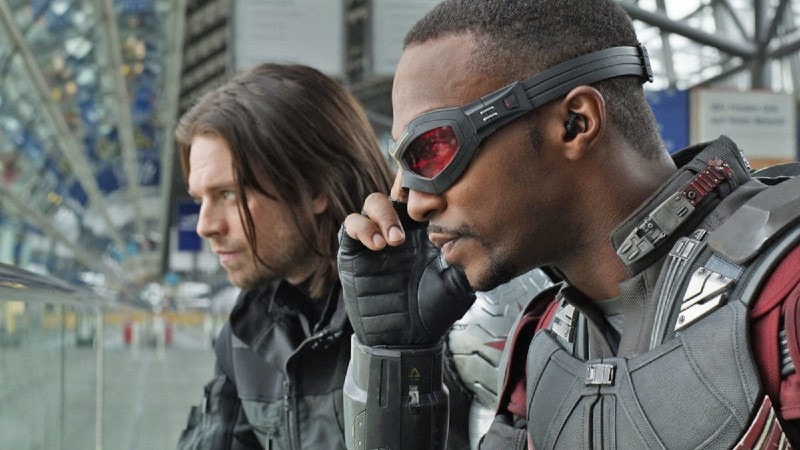 The first of the miniseries’ being produced by Marvel Studios for Disney+ in 2020, The Falcon and the Winter Soldier will occur within the same MCU, continuing from Avengers: Endgame after Sam becomes the new Captain America.

Fingers crossed that we’ll see some of the other Avengers in guest appearances when this show premieres some time this year on Disney+! 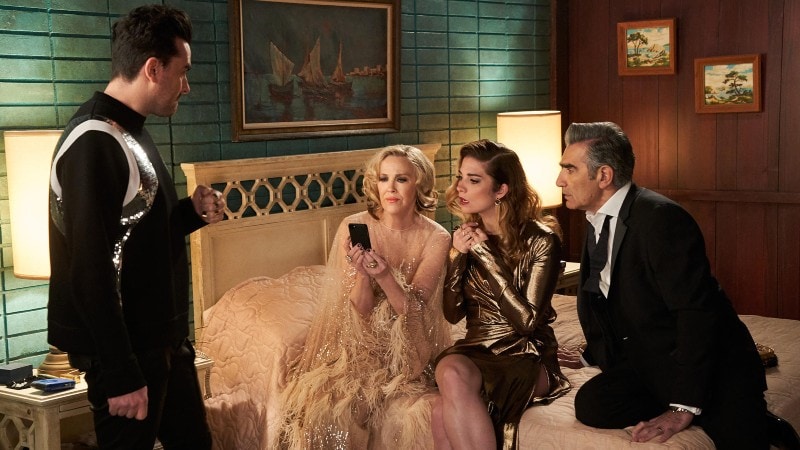 The sixth and final season of Schitt’s Creek premiered on January 7 and the show’s fans are getting emotional about it as they’ve grown to love the Roses over the past five seasons.

On the final season of Schitt’s Creek, we can expect to see a barrage of emotionally poignant moments that are signature to the show. And we’ll definitely are in for a beautiful goodbye. 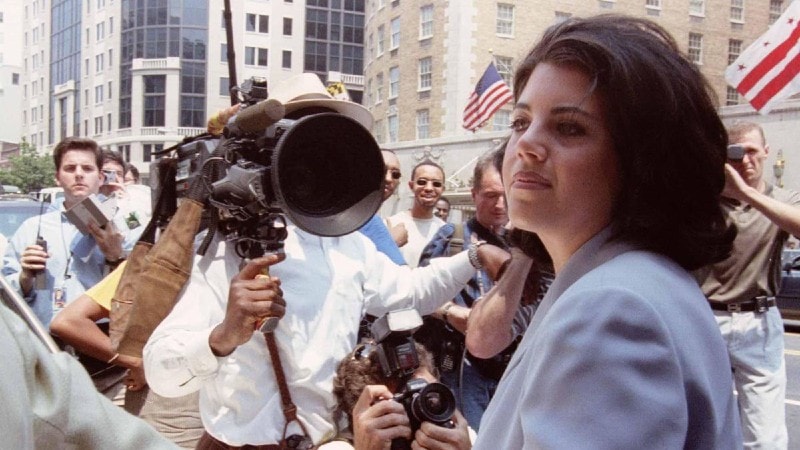 The anthology series’ third season does not cover the current impeachment but rather, that of former President Bill Clinton due to his relations with then-White House intern, Monica Lewinsky.

Lewinsky herself is serving as a producer on the season, which should provide an interesting insight into the scandal leading up to the impeachment.

Catch the premiere on FX, right before the elections, no less, in September 2020! 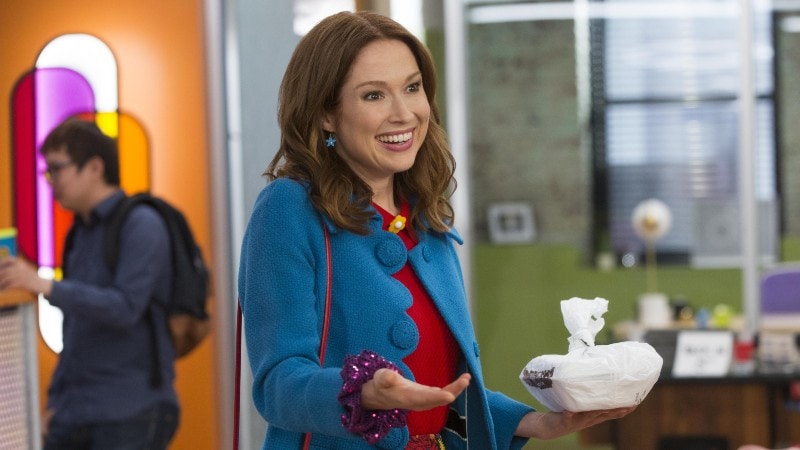 Despite having ended its incredible four-season run back in January 2019, Netflix is building on their repertoire of interactive specials with a comedy special based on Kimmy Schmidt and her hilarious friends.

While there’s no reveal yet as to what the central plot is, we can’t wait to make decisions for the characters and see where they all end up!

The target for the interactive premiere is September 2020. 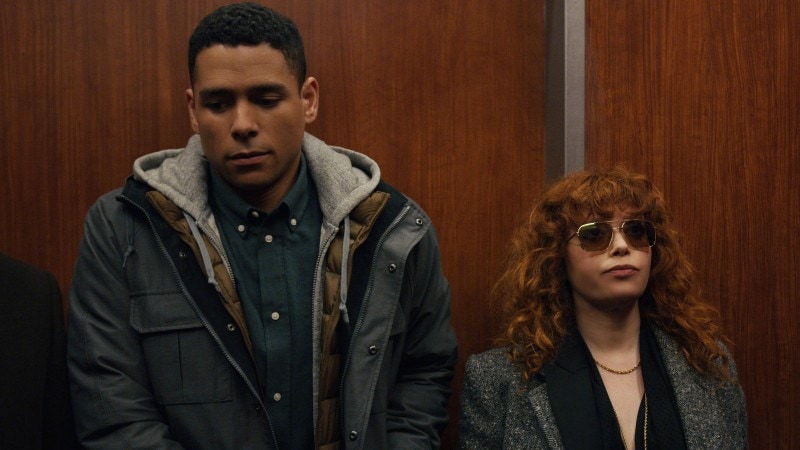 After where the first season left off, we can’t wait to see how (semi-spoiler alert!!) the time loop and separate realities progress and hopefully meet again with Nadia and Alan.

Co-creators have remained mum on the topic of any real spoilers, so we’ll just have to wait and see when Russian Doll season 2 premieres on Netflix later this year! 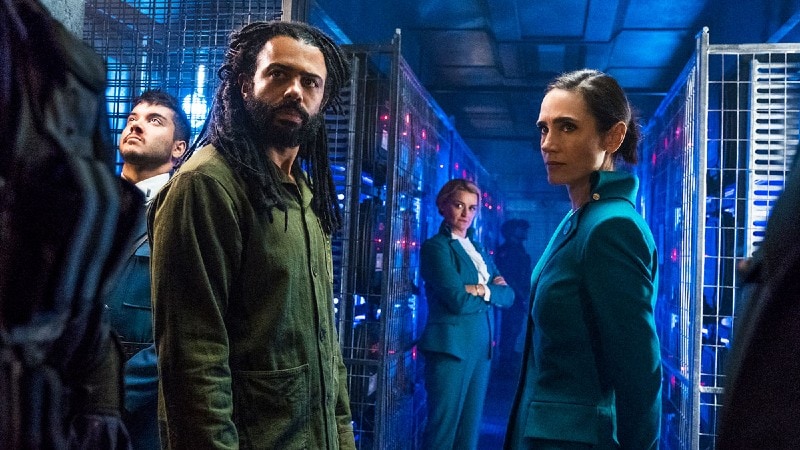 After years of delays due to creative and production differences, it has been confirmed to finally premiere on TNT on May 31st.

The Snowpiercer series reboot of the 2013 and 2014 films follows the film’s continuity, with the characters traveling the globe seven years after it becomes a frozen, post-apocalyptic wasteland. Though we know how the movie ends, maybe the series will build more onto that and hopefully, even continue the plotline.

The Walking Dead: World Beyond 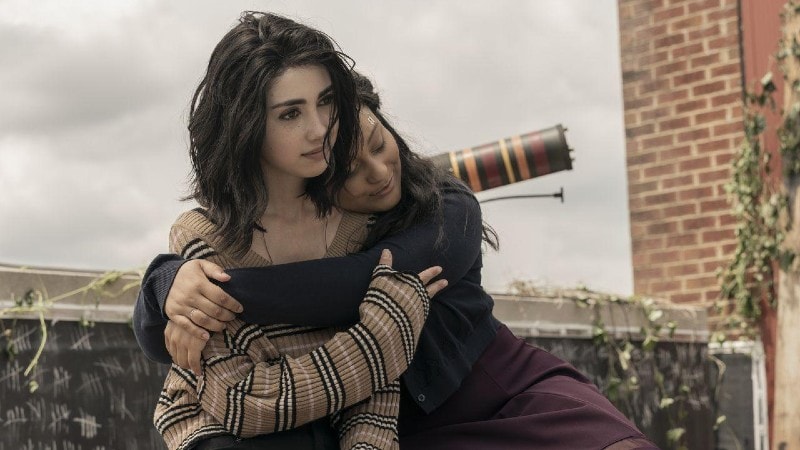 The second spin-off in AMC’s The Walking Dead franchise centers on the younger generation, more specifically, the first generation of kids who were raised in the post-apocalyptic zombie world.

While they’re now in “safe zones” for schooling and life in general, it’ll be interesting to watch how the youth would deal with the dangers of zombies and unfortunately, even each other. The show premieres on AMC on Sunday, April 12!

NOTE: And to cap off the list, our last two are honorable mentions that we want to talk about but can’t strictly include because there’s no actual 2020 premiere date confirmation. We’ve just got our fingers crossed that it’ll be by at least late 2020!

House of the Dragon 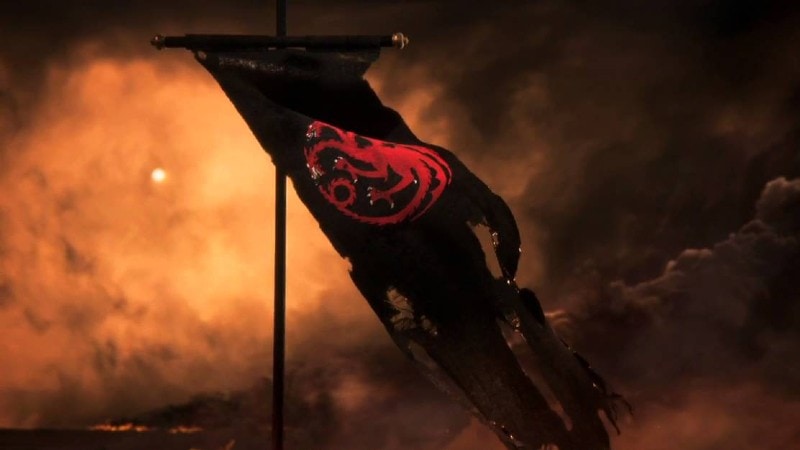 A prequel to HBO’s Game of Thrones that’s set 300 years before the show’s events.

If you’ve ever wondered what the Targaryen family was like before the rise of Daenerys, this is the show to watch out for.

The latest update is that House of the Dragon has been ordered for its initial ten episodes and that they are aiming for 2022 release.

The Lord of the Rings TV series 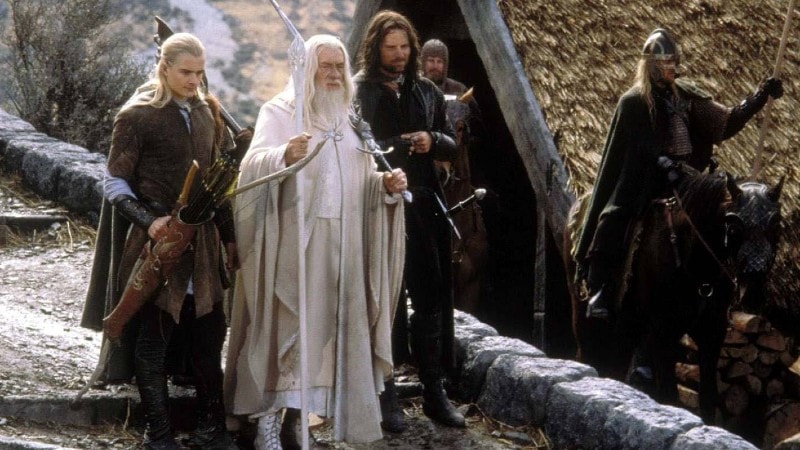 The movie franchise was so successful that even 20 years after The Fellowship of the Ring was released, fans are still rallying behind the series’ production.

The best part is, Amazon won the rights to produce at least five seasons to cover the over 3,000 years in the Second Age prior to the events in the movies. And as of right now, the show has already been officially picked up for two!

Amazon is currently in the pre-production phase, so, to be honest, 2021 looks more likely for a premiere date but hey, we can all hope right? After all, most of the cast for this upcoming Lord of the Rings series has been assembled and filming starts in February!