Love Hallmark Channel’s hit TV series When Calls the Heart? Then this article is for you. Because in it we answer some of the most-asked questions about When Calls the Heart from ones related to the show’s storyline to behind-the-scenes ones like where is the show filmed and when does it take place.

General questions about the show

When Calls the Heart is a Canadian-American western family drama based on the best-selling book of the same name written by Janette Oke from her Canadian West series. So let’s dive into the questions, first starting with a little background on the show before we answer more plot-specific questions.

What year is When Calls the Heart set in, and where does it take place?

Set in 1910, it follows the story of Elizabeth Thatcher. A young teacher who relocates to a small mining town named Coal Valley (later renamed Hope Valley) in Western Canada, a little way south of Robb, Alberta. Life here is much simpler than the privilege she was used to growing up, being a member of high society as a shipping magnate’s daughter.

Attempting to navigate her life in a small town, Elizabeth forms a friendship with Hope Valley mayor, Abigail Stanton. After a mining explosion that killed more than 45 local miners, Abigail – along with many other women – have become widowed and must strive to sustain the town’s livelihood in the wake of their loss. This includes paying for their new teacher, who they hired themselves in order to take charge of their children’s education. Abigail becomes Elizabeth’s best friend and mentor, guiding her in the ways of the Canadian frontier.

Where is When Calls the Heart filmed?

Originally set to be filmed in Colorado, filming moved on-site to Canada. More specifically in Vancouver, on a beautiful small farm surrounded by vineyards. There, they set up the backdrop for the fictional Hope Valley town, with some set trimmings and stagecoaches from a fellow western TV show, Hell on Wheels.

The Thatcher home, on the other hand, is filmed out of the University Women’s Club of Vancouver.

When Calls the Heart first aired in January of 2014 on the Hallmark Channel in the United States. And in April 2014 on Super Channel in Canada. CBC Television picked up the first season for rebroadcast as a summer 2015 series, subsequently airing all six seasons since then.

In August 2017, the show became available on Netflix as well, for fans all around the world to enjoy.

Who writes the musical score for When Calls the Heart?

Accompanied by a sensational musical score from award-winning composer John Sereda, When Calls the Heart is a truly moving show that will inspire you to persevere no matter what life throws at you.

Answering a few of your plot-specific questions

Now, let’s get to catch you all up on more details pertinent to the plot. You all know what that means: there may be some spoilers here if you’re not caught up yet!

Who does Elizabeth choose, Jack or Charles?

We all know it’s not a drama genre without a love story, and When Calls the Heart delivers its first love triangle between Elizabeth, her old friend Charles Kensington III, and Mountie Jack Thornton.

Elizabeth and Jack’s relationship started off on the wrong foot, but they eventually grew to love each other. Though they had ups and downs, they can no longer deny their feelings and share their first kiss at the end of the first season.

Charles and Elizabeth reconnect and resume their old friendship while she returned briefly to her old home town, Hamilton. Throughout season 2, Charles continues to develop feelings for her and proposes in the season finale. However, her feelings for Jack triumphed and she refused.

When did Jack and Elizabeth get married?

Their relationship didn’t immediately take off after their first kiss, however. In fact, the second season shows both high and low points for both of them – which is why Charles pursued a romance and proposed. 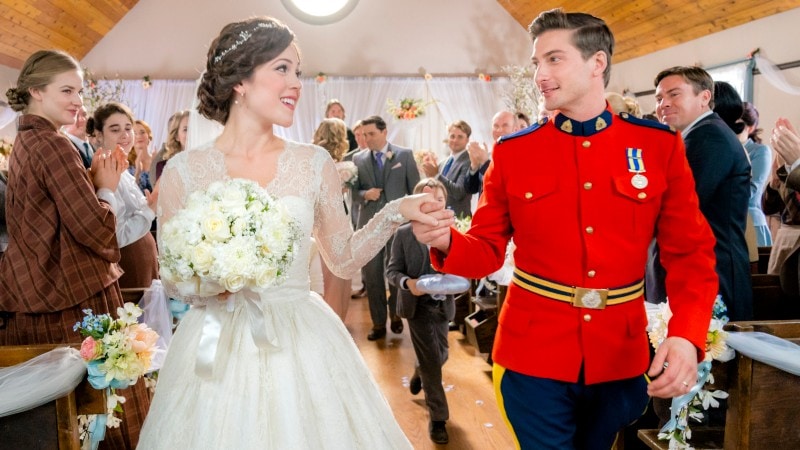 It was throughout the next two seasons that they began really working on their relationship, finally finishing the fourth season with a proposal and a wedding mid-way through season 5.

What happened to Jack?

Hearties everywhere were heartbroken when, at the end of season 5, it is revealed that Jack had died (off-screen) during a new assignment.

When Elizabeth finds out, she is distraught and seriously considers leaving the town. However, she soon finds out that she’s pregnant with Jack’s child (later revealed to be a son, named after his father). So, Elizabeth stayed in Hope Valley.

Why did Daniel Lissing leave When Calls the Heart?

Naturally, fans began to speculate about the reasons why actor Daniel Lissing, who played the handsome Canadian Mountie Jack Thornton, left the show quite abruptly. Was it because of some behind-the-scenes drama?

According to a Facebook Live video with Lissing, Erin Krakow (who plays Elizabeth Thatcher), Lori Loughlin (Abigail Stanton, and executive producer of the show), and Brian Bird (executive producer), there was nothing but support and respect for his departure from the show.

Loughlin immediately cleared the air by saying there was no ill will. That there will always come a time where actors will need to make a decision to renegotiate or move on. She said, “Dan has chosen to move on, we respect that. No judgment, we love him, we wish him well, he’s still part of the Hallmark family.”

Lissing himself opened up on the topic, simply stating personal reasons in the circumstances surrounding his departure from the show. Since then, he has appeared in a few other TV shows including Timeless, Blindspot, and Girlfriends’ Guide to Divorce.

What happened to Pastor Frank on When Calls the Heart?

Played by Mark Humphrey, Pastor Frank Hogan came onto the show cloaked in mystery. He was a man of the cloth, sure, but no one knew anything about his past. Eventually, he begins to pursue a relationship with Abigail. In season 4, it seemed like Frank’s character would be gone for good. But he does appear again briefly for two episodes in season 5, where he and Abigail must make a decision about their future.

After Loughlin was removed from the show’s sixth season following the 2019 college admissions bribery scandal, it became more and more likely that Frank would no longer be returning to the show. The prevailing theory that involves both Frank and Abigail is that she followed him to his next town, and they’ve since formed a life together there.

Who is the new Mountie in When Calls the Heart?

With the death of Mountie Jack Thornton, there has to be a new Constable in town for season six, right? That’s where Nathan Grant comes in, played by Kevin McGarry. 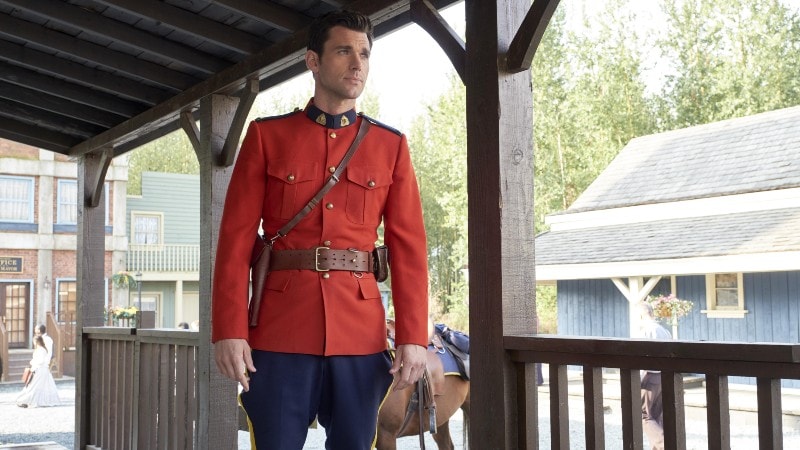 At the end of the sixth season, it is apparent that there’s an obvious attraction between the two. However, Elizabeth finds herself caught up in another love triangle, but the finale of season six leaves us all with questions as to who she will choose this time.

Final questions on When Calls the Heart

Finally, we leave you with these last notes on what’s in the future for When Calls the Heart.

Will there be a When Calls the Heart season 7? If so, when will it premiere?

With that little cliffhanger at the end of its latest sixth season, thankfully the answer to that is a resounding YES! In April 2019, it was renewed for its seventh season. And it premiered on Sunday, February 23rd, 2020!

What is the When Calls the Heart Christmas movie, “The Greatest Christmas Blessing” about?

After the second season, Hallmark released Christmas specials every year. The Greatest Christmas Blessing was released in 2018, after season 5, and shows how Elizabeth prepares for the birth of her baby.

On top of that, Abigail and the Hope Valley residents take a group of orphans and their caretakers passing through the town under their wing. This proves to be much more than they initially seemed. And the women of the town face a Christmas emergency in the middle of a storm.

Did When Calls the Heart get a spinoff?

In fact, the previously mentioned Christmas special premiered as the introduction to the spinoff, titled When Hope Calls. It airs on Hallmark’s digital streaming service Hallmark Movies Now. And the first season, which premiered on the streamer on August 30, 2019, consists of 10 episodes.

The spinoff centers on Lilian and Grace, who were introduced in the Christmas special. They are two orphaned sisters who were separated at a young age and reunite to open their own orphanage in the town on Brookfield.

Will there be a season 2 of When Hope Calls?

If you’re a fan of the When Calls the Heart spin-off series When Hope Calls, then you’re probably wondering if there will be a second season of the new series. And sadly, we don’t yet know, because there hasn’t been an announcement yet from the Hallmark Network whether they are renewing the series or not.

But rest assured, as soon as we know anything we will update this article accordingly. In the meantime, you can now watch the first season of When Hope Calls on the Hallmark Channel.

Will there be When Calls the Heart season 8?

A big question on every Heartie’s mind is if there will be a When Calls the Heart season 8. And I can say a definite yes! When Calls the Heart was renewed for season 8 during the season seven finale on April 26, 2020. The announcement was made by the show’s lead Erin Krakow.

And recently, Hallmark Channel announced that When Calls the Heart season 8 will premiere on Sunday, February 21st at 9/8 central.

Who do Elizabeth chose on When Calls the Heart – Lucas on Nathan?

For a couple of seasons now Elizabeth has been involved in a love triangle between herself, the saloon’s new owner Lucas Bouchard and the new Mountie Nathan Grant.

But the season 8 finale finally put an end to the love triangle and showed us who Elizabeth’s heart belongs to. And it’s Lucas.

Midway through the episode we saw Elizabeth realize that she’s been drifting between two good men for far too long which prompted her to finally make a decision. And although she loved Nathan, she wasn’t in love with him. Which means that her true feelings lie with Lucas.

And by the end of When Calls the Heart season 8 episode 12 we not only see Elizabeth and Lucas share a passionate kiss but also finally confess their feelings to each other. So Lucas and Elizabeth’s love story has just only begun.

Will there be When Calls the Heart season 9?

As season 8 of When Calls the Heart came to a close, the question on everybody’s mind was whether the show will be back next year. And luckily, Hearties didn’t have to wait long for an answer.

On May 9th, the show’s star Erin Krakow announced that When Calls the Heart will be back for season 9!

See the announcement video below!

❤️❤️❤️
I’m so grateful for you #Hearties! Thank you for all of your support. Your passion for WCTH allows me to continue doing a job I LOVE! Thank you @hallmarkchannel for believing in us and bringing us back to Hope Valley!
Season 9 here we come! pic.twitter.com/YtWzKYxmym

The upcoming season will come out next year, in 2022, and will continue to follow Elizabeth and the rest of the Hope Valley residents as they face new triumphs and challenges on the Canadian frontier. And who knows, maybe even wedding bells are in the future for Elizabeth and Lucas…