Throughout its seasons, The CW’s Supernatural, which is ending its 15-season run sometime later this year, never failed to surprise its fans with new and exciting demons and monsters for Sam and Dean Winchester to hunt down. Perhaps when it comes to all things creepy and supernatural, the mind can really go wild with imagination.

Of course, many of the monsters that we encountered in Supernatural were also based on folklore, myths, and horror stories from around the world – which there are apparently enough to support 15 whole seasons!

It’s hard to really pin down which was the creepiest of them all, but there’s a fair few that really stand out – barring the usual demons, angels, witches, werewolves, and vampires. So, here’s our list of the best Supernatural monsters, ranked from slight cringe to full-on nightmare fuel! 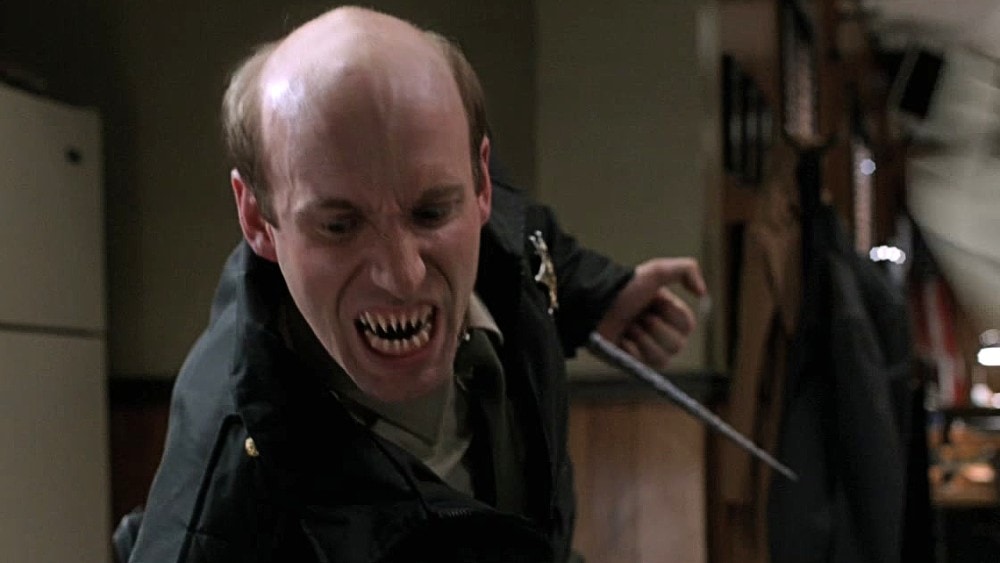 This is the first monster not because it’s the least terrifying in any way, but because their ridiculous name takes away from their scare factor.

Dean named them after the 70s band because they’re “horrible and hard to kill”. That’s a pretty accurate description considering they were created to become the ultimate supernatural predator. They’re a combination of monsters the Winchesters have encountered – like shapeshifters, vampires, and wraiths – and thus possess an amalgamation of their powers as well. 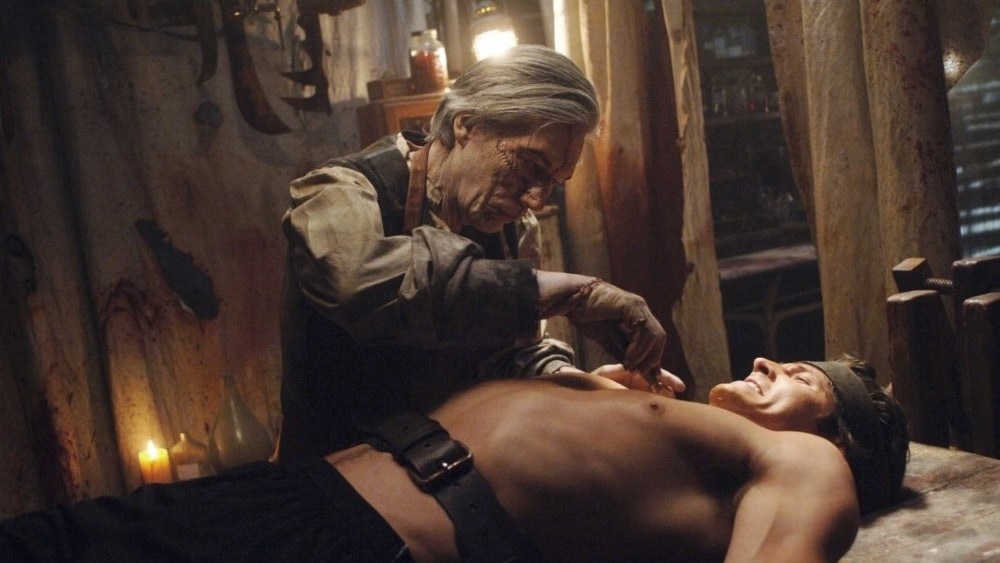 Doc Benton is one of the few who’s not from an actual species of monstrous creatures.

On a quest for immortality, Doc Benton went from a regular ol’ doctor to a crazed serial killer. He began to periodically kill people and steal their organs in order to replace his own when they started reaching the end of their shelf life, so to speak. Because of this, he had been able to avoid death for almost two centuries – until the Winchester brothers buried him alive. 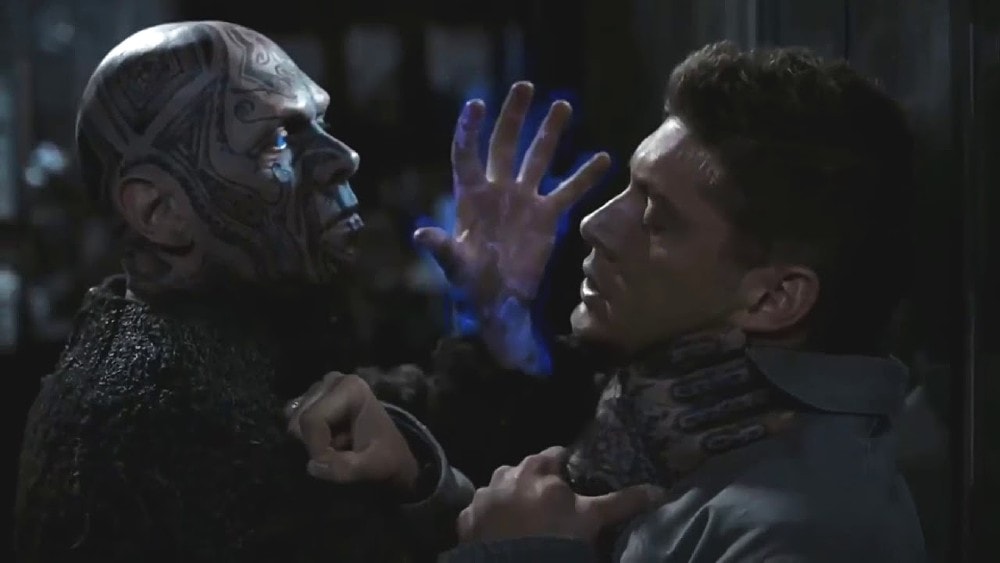 Djinns are based on Arabic mythology and Islamic religion, as Sam mentions their presence in the Quran. We may know them better as genies, but they’re definitely not the type to grant three wishes. However, they will certainly make you believe that they do.

They have the ability to read their victims’ minds and know their deepest desires, which they use to induce powerful hallucinations on their victims to make them believe they’re living in a fantasy alternate universe – all while slowly feeding on their blood until they die. 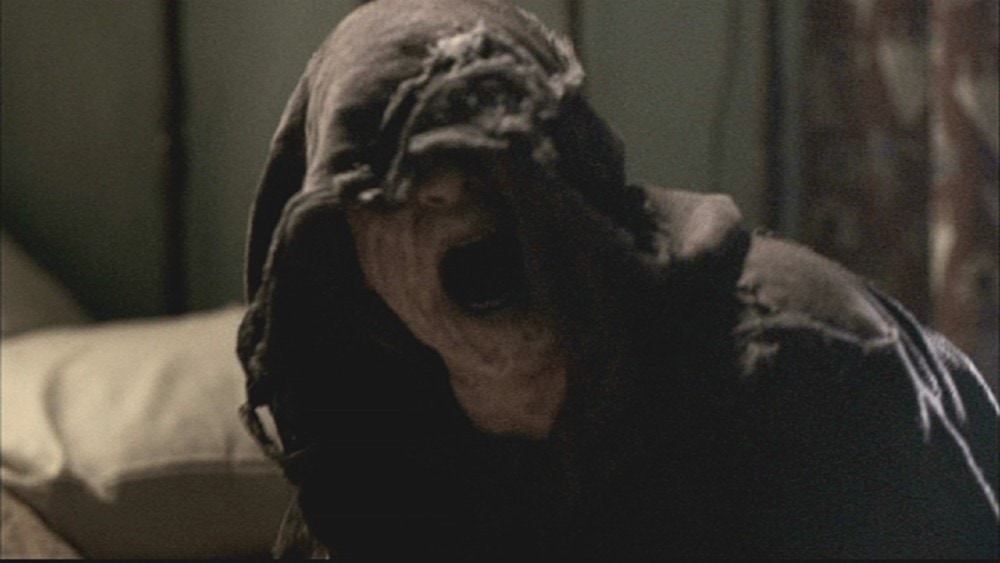 The Shtriga is a type of witch with origins in Albania, and she’s an extra creepy witch because she specifically targets children – though she can also go after adults. She survives off of her victims’ spiritus vitae, as described by Sam, also known as their life force.

Similar to the Dementors in the Harry Potter franchise, the Shtriga sucks out the person’s vitality – their life, essentially – in order to remain immortal. Imagine waking up and seeing that literally sucking the life out of you. NOPE. 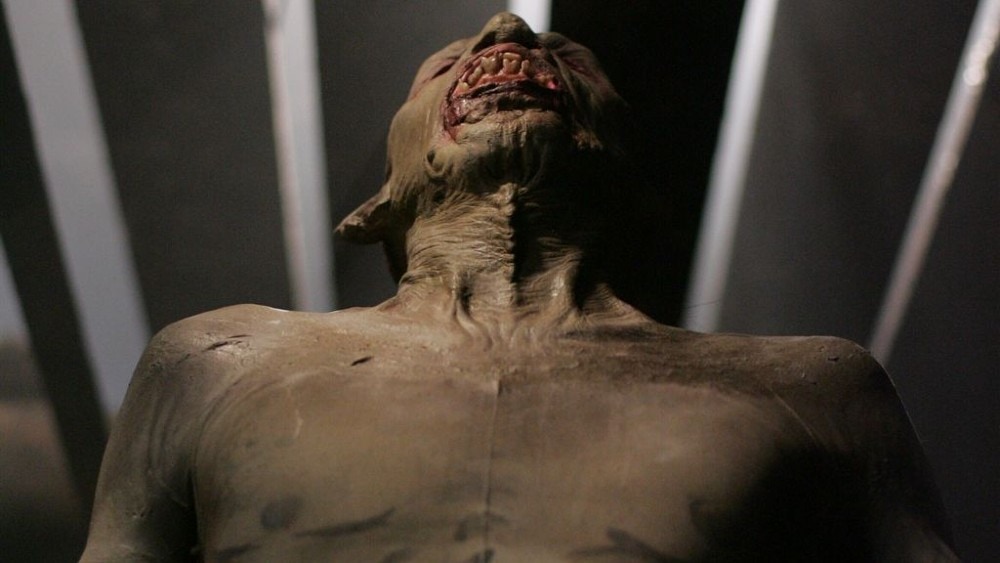 Here’s a name you’re probably slightly familiar with: the Wendigo. Wendigos are one of the more well-known mythological creatures that originated in US and Canadian folklore.

Like the legends tell us, the Wendigo in Supernatural is a flesh-eating, cannibalistic creature. Though they were originally men, they likely underwent extreme circumstances that kicked their survival instincts into gear, forcing them to eat humans to survive and slowly forget any aspect of their own humanity. 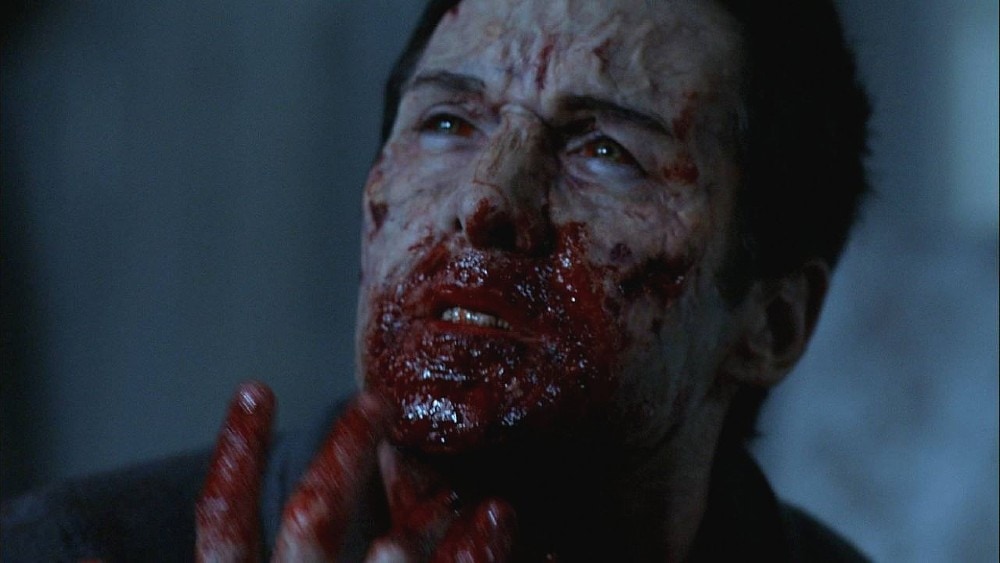 The Rugaru and Wendigo are pretty similar in that they are both flesh-eating monsters that had their origins as humans. The difference is where Wendigos turn into cannibals out of need, Rugarus are born with the condition – it’s genetic.

Most are unaware of it until they turn 30 when they start to feel an uncontrollable, insatiable appetite for (human) meat. As soon as they give in to that urge, they change completely into a monster. As if we needed another reason to fear to turn 30, right? 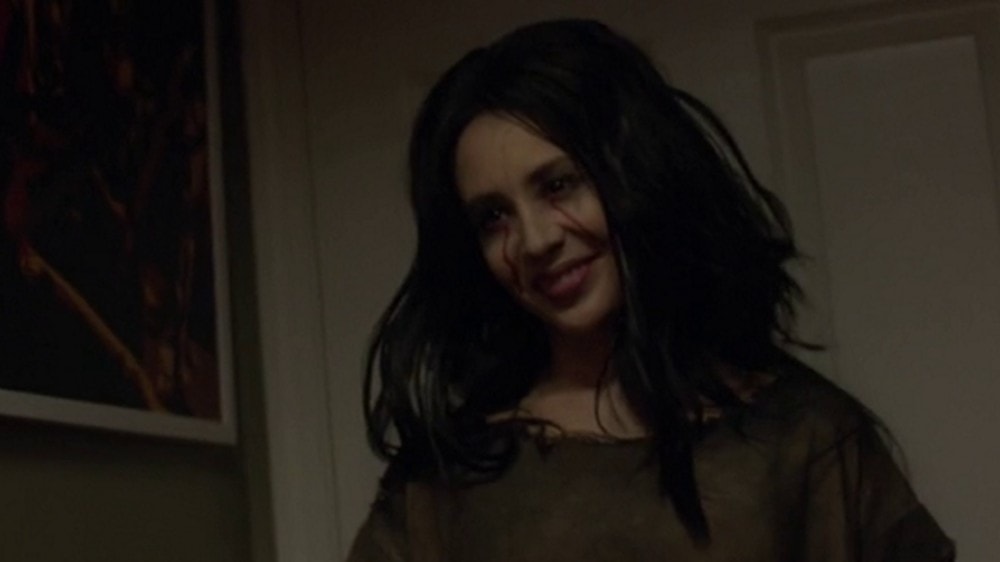 Ghosts and poltergeists will always be terrifying no matter the circumstances, and Supernatural gives life to one of the better-known poltergeist legends.

Here, Mary was murdered and her eyes cut out, and tried to spell her killer’s name out on a mirror before dying. Her murderer was never caught, and her vengeful spirit was trapped in the mirror. She’s able to pass through all reflective surfaces while hunting for a victim after being summoned – usually by skeptical and unsuspecting teens, of course. 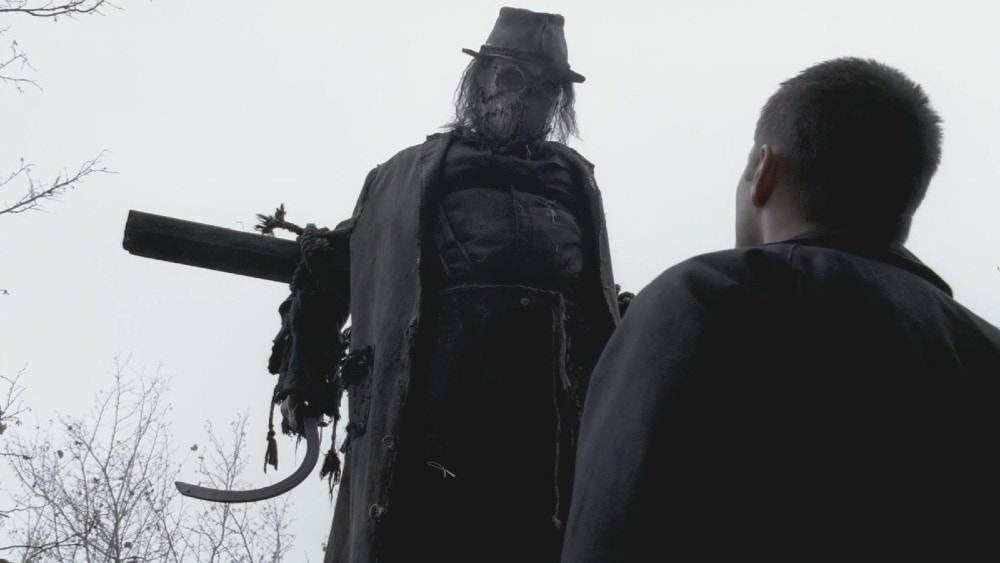 Personally, the 2001 movie Jeepers Creepers is what planted my fear of scarecrows, and no amount of Wizard of Oz remakes could ever remove that for me – especially not when the scarecrow is decked out in human flesh, Texas Chainsaw Massacre-style.

The Winchesters encounter Scarecrow when investigating mysterious murders that happen on the same day each year. Upon investigation, Scarecrow turns out to be the manifestation of a Norse god who the townsfolk sacrifice people to for a strong harvest. Weapons don’t work against it; the only way to destroy it is to burn the tree from where it originated. 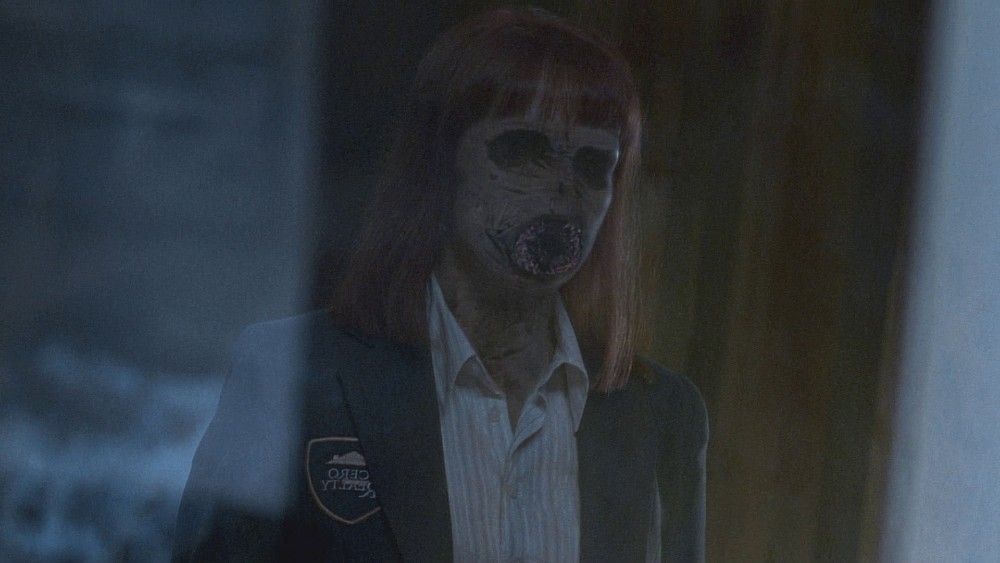 Changelings are a pretty well-known creature in Western folklore as well, primarily throughout Europe. Like the tales tell us, the changelings in Supernatural took the form of children and were believed to be replacements for the real kids that were taken by monsters.

Where the folktale similarities end, however, is that these changelings look entirely normal until you see their true form in reflections – then you see their slimy skin, hollow eyes, and mouth filled with too many teeth. Also, these humanoids feed of the mother of the child they’ve replaced until she dies. 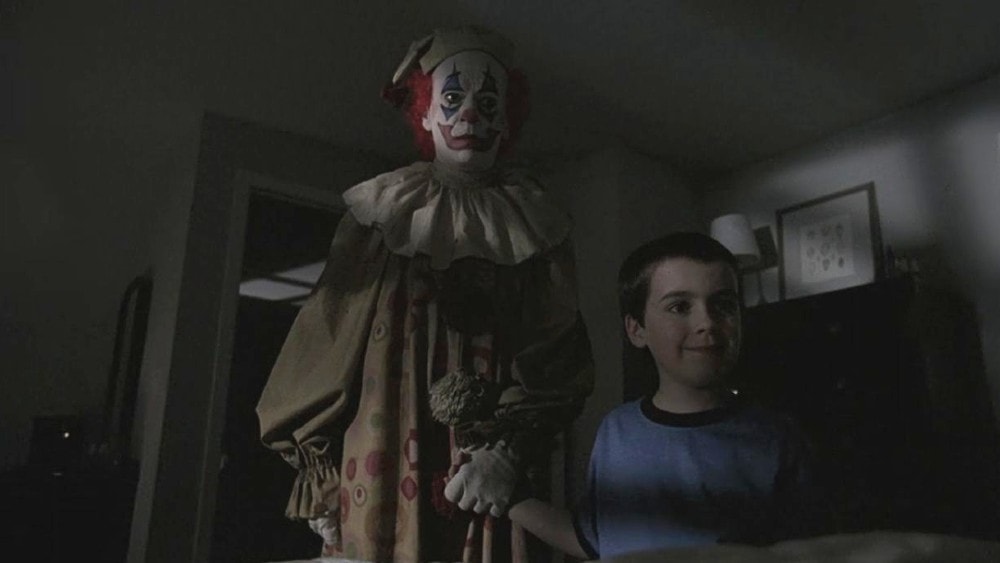 Based on Hindu mythology, the Rakshasa is a type of shapeshifter that, like most other terrifying monsters, have an inclination towards eating human flesh.

When hunting their victims, they disguise themselves as humans and in this case, the Rakshasa decided to become something terrifying on its own: a circus clown. Because Rakshasas cannot enter a house without being invited, the disguise of a clown is meant to trick children into inviting it into their home so it can kill and feed on their parents. I hate clowns.

Where to watch Supernatural:

So that’s our list of the best (read: freakiest) monsters from Supernatural! Think we missed out on some more, SPN Fam? Let us know what your favorite monsters were in the comments below! And I sincerely hope your dreams tonight are filled with rainbows and butterflies and ice cream, and no creepy creatures.