Sadly, all good things must come to an end. And it’s especially painful when that good thing is your favorite TV show. You know, the one Netflix show you binge-watch over the weekend and then spend the next 52 weeks waiting for the next season to drop. And the one you can quote because you have watched the available so many times. Well, fans of Santa Clarita Diet were recently shocked when they found out that their show also had suffered this faith.

The announcement came just a month after the release of season 3. And much like Shiela Hammond’s victims – no one saw it coming. Especially, since the recent season scored a 100% on the rating site Rotten Tomatoes and that, my friends, is no easy feat. So, let’s look at some of the main reasons why this show deserves saving.

But first things first, we have to talk about the #SaveSantaClaritaDiet movement and the fans’ efforts to get the series uncanceled. Because, as with many other shows that were given the ax, dedicated fans have flocked to Twitter to start a #SaveSantaClaritaDiet campaign. There’s even an ongoing petition on change.org (there’s a few, actually, but this #SavetheDiet one is the biggest and most successful one) to save the show – with over 183,000 signatures (as of today)! I mean, if that’s not evidence of an audience that wants to see more of this show then I don’t know what is.

There’s a lot of hope among fans that Netflix or even another network will revive the show as has happened with so many others like Lucifer, Brooklyn Nine-Nine, and others. But until that happens, here’s what you can do to contribute to the cause!

And if your friends and family need a little more convincing as to why they should give this show a chance, we’ve got a handy list below of reasons why Santa Clarita Diet needs to be saved!

Why should Santa Clarita Diet be saved?

1. It. Is. Freaking. Hilarious. And heartwarming at the same time.

Seriously, it’s genuinely side-splitting, guffawing, ugly laugh-out-loud hilarious. And the comedy is so effortless, too. It’s not corny or inappropriate and it’s just so on point. Literally, every single episode will have you laughing over Joel’s one-liners and just the sheer ridiculousness of their whole situation. It’s incredible how they’re able to so seamlessly slip zombie references into everyday conversations. And Gary, their decapitated head-turned-assistant? Seeing him makes me laugh every single time! 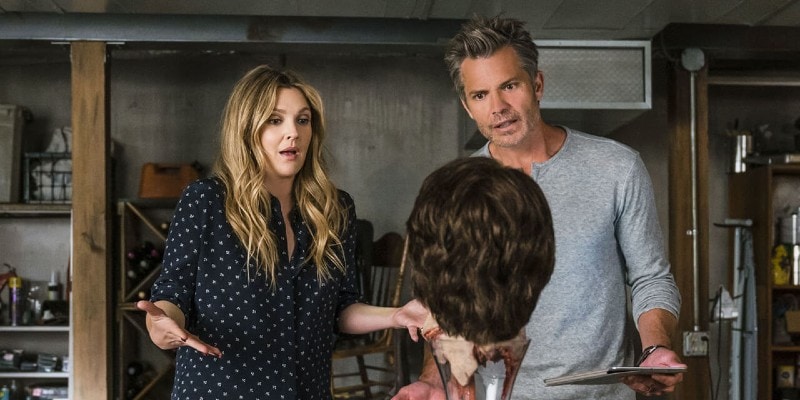 However, intermingled with the Hammond family’s crazy antics is their undeniably heartwarming relationship. There’s love and respect between the three of them. And, although Joel and Shiela’s parenting tactics are somewhat unconventional, they are obviously effective. They have their share of “aww” moments, and they’re definitely a tight-knit family that will always have each other’s backs – Abby covering for her parents for literally everything they do, and them covering Abby’s tracks for blowing up the fracking site, for example.

2. It’s a whole new take on the zombie genre.

Most of the zombie-related entertainment has more or less the same aesthetic: dark, gloomy, post-apocalyptic virus outbreak. Even comedies like Zombieland have that general theme – it’s just more of the same thing every time. There just aren’t a lot of zom-com movies and TV shows out there, so Santa Clarita Diet is a world of its own. Set smack dab in the middle of suburban California, it’s a pleasant mix of real and surreal, comedy and gore, “that’s disgusting” and “that’s hilarious”.

Drew Barrymore, who plays Shiela, thanked the show’s creator Victor Fresco in her statement about its cancellation, saying he “…created a world so unique”. And that pretty much sums it up perfectly.

3. The casting on Santa Clarita Diet is absolutely perfect.

The on-screen chemistry between Drew Barrymore and Timothy Olyphant is amazing. There’s no one else more perfect for such quirky roles. Maybe it’s how they’re both so skilled at pulling facial expressions that sum up the entire scene. Or just how freakin’ attractive they both are. Whatever’s the case, it works. Liv Hewson, who plays Abby Hammond, could easily pass for their daughter, what with the red hair and constant sarcasm. 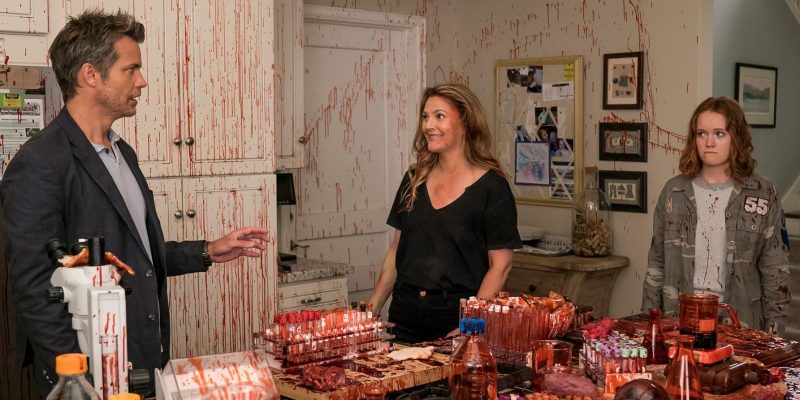 And even Skyler Gisondo, who portrays Eric, fits his part perfectly, effortlessly embodying the smitten, awkward-but-also-mildly-attractive best friend who’s a little on the dorky side but that’s the best part about him kind of way.

4. We want our questions answered!

And finally, Santa Clarita Diet deserves to be saved if not for any other reason than because there are just too many storylines left unresolved. What’ll happen to Joel after Mr. Ball Legs crawled into his ear? What even is Mr. Ball Legs? Do they manage to successfully keep away Poplovic and the Knights of Serbia? And how does Abby fit into that scene? Is Ron going to keep wreaking havoc and turn more people undead? Where’s Anne? Are Abby and Eric finally going to end up together? Is there a cure for zombiism?  And if there is, do they even still want it. Come on, Netflix! We need answers, or at least some sort of ending that will all tie up all of the loose ends!

Do you agree with these reasons why Santa Clarita Diet needs (and deserves) to be saved? Or maybe you have more things to add? Don’t be shy and leave them in the comments below. And don’t forget, seasons 1 to 3 are still available to stream on Netflix. So,  stream Santa Clarita Diet now and here’s to hoping that we get to see more of the Hammonds in the near future!