Ancient Egypt is absolutely fascinating, and no one could ever change my mind about it; ever since I was young, I’ve always found their history and mythology so interesting and just unlike any other.

With their concept of male and female pharaohs, the practice and process of mummifying their dead, the anthropomorphized gods and goddesses in their mythology, and the ancient language of hieroglyphics – how could one not have a burning interest in this part of ancient history?

There are plenty of books and movies that are inspired by Ancient Egypt, like The Mummy film franchise with Brendan Fraser (and the latest with Tom Cruise) and the recent film Gods of Egypt. And there are several TV shows about Ancient Egypt as well, and that’s what we’re here to give you with this list!

These shows cover all sorts of aspects of history and culture when it comes to Ancient Egypt, so you’re sure to be not only entertained but somewhat educated as well (though of course, their historical accuracy must always be taken with a grain of salt)! 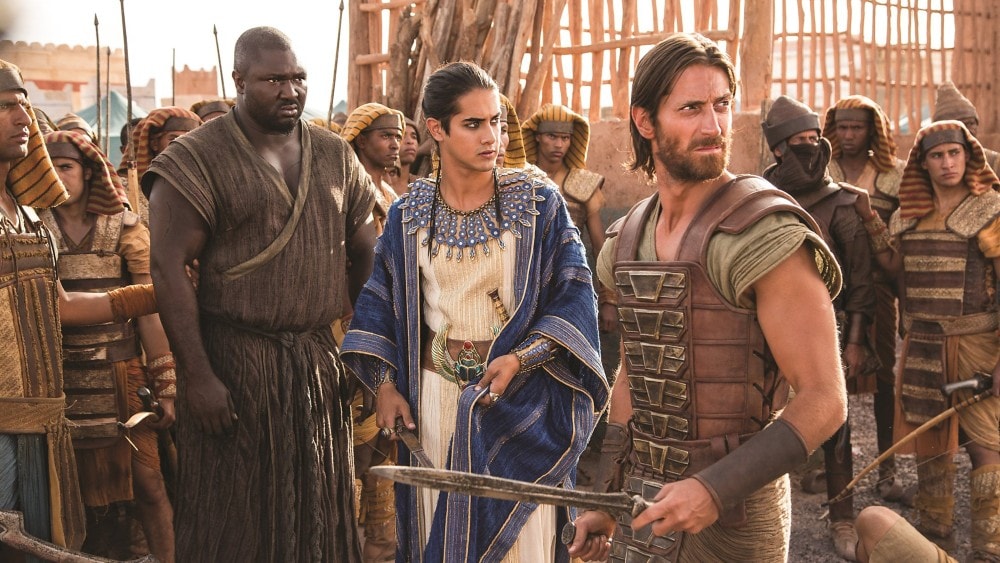 Tutankhamun, or King Tut as he is commonly referred to, ascended to the throne at only 8 or 9 years old, and was the last of his royal family line to rule during the 18th Dynasty.

King Tut is also one of the most famous pharaohs of Ancient Egypt, so it’s no surprise that there’s a series inspired by his life – albeit fictionalized.

Tut from Spike (now Paramount Network) is a three-part miniseries that dramatizes the life of the young king, injecting romance, war, and personal and political betrayals into the historical narrative.

The series does put creative license ahead of historical accuracy, however, despite lending from real figures such as his half-sister (and wife) Ankhesenamun and vizier Ay who were pivotal in his life and reign. 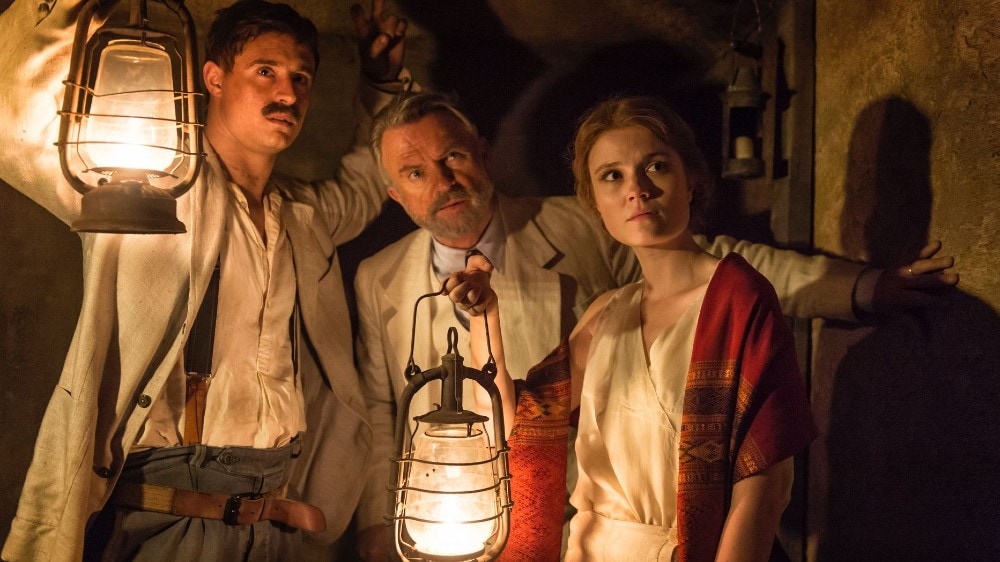 ITV’s four-part serial titled Tutankhamun is somewhat of a bonus for this list, as it’s not so much about what actually happened during the Ancient Egyptian period.

In fact, it’s set in modern (well, modern in relation to ancient civilizations, that is) times in 1922, with the discovery of King Tut’s tomb by now famous archaeologist and Egyptologist, Howard Carter.

Though with some details and chronology changed from what really happened, Tutankhamun tells Carter’s story of how his colleagues initially dismissed his findings and how he came to work with Lord Carnarvon, a wealthy aristocrat and financial backer for Carter’s archaeological digs, to uncover Tutankhamun’s tomb and catalog the thousands of treasures they found within. 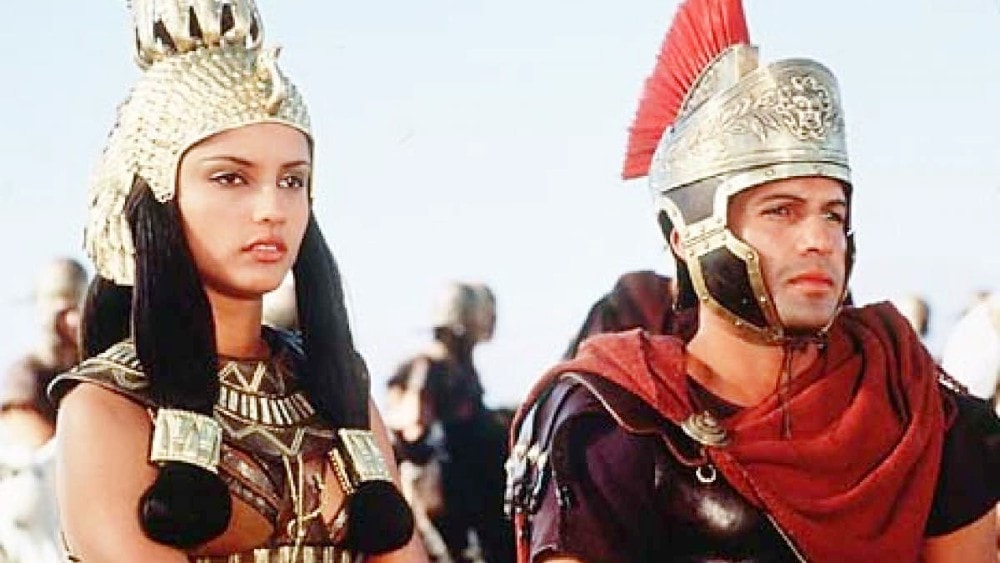 If ever there was a truly formidable leader in Ancient Egyptian history – and a female one at that – it would undoubtedly be Cleopatra.

Along with King Tut, she’s one of the most well-known figures from that point in history whose name is still mentioned frequently thousands of years after her reign and death.

In 1999, ABC premiered a two-episode miniseries titled Cleopatra that chronicles her entry into the throne and how she impacted both the Egyptian and Roman royal bloodlines through her relationships with Julius Caesar and Mark Antony – ending with her (popular albeit inaccurate) death at the hands (or, rather, fangs) of an Egyptian asp.

If you’re interested in the more historical and educational side of its history, BBC One’s Egypt is definitely the way to go.

In this six-part docudrama, viewers are taken on a trip through three pivotal moments in the history of Egyptology.

That’s right, we’re not going all the way back to Ancient Egypt itself but instead, learning about it through Howard Carter’s archeological expeditions, the adventures of archaeologist and explorer “The Great Belzoni”, and lastly, Jean-François Champollion’s discovery and deciphering of the famous Rosetta Stone.

As a companion series to Egypt, BBC Two’s Egyptian Journeys with Dan Cruickshank was also produced and takes viewers on a deeper dive into the mysteries of Ancient Egypt. 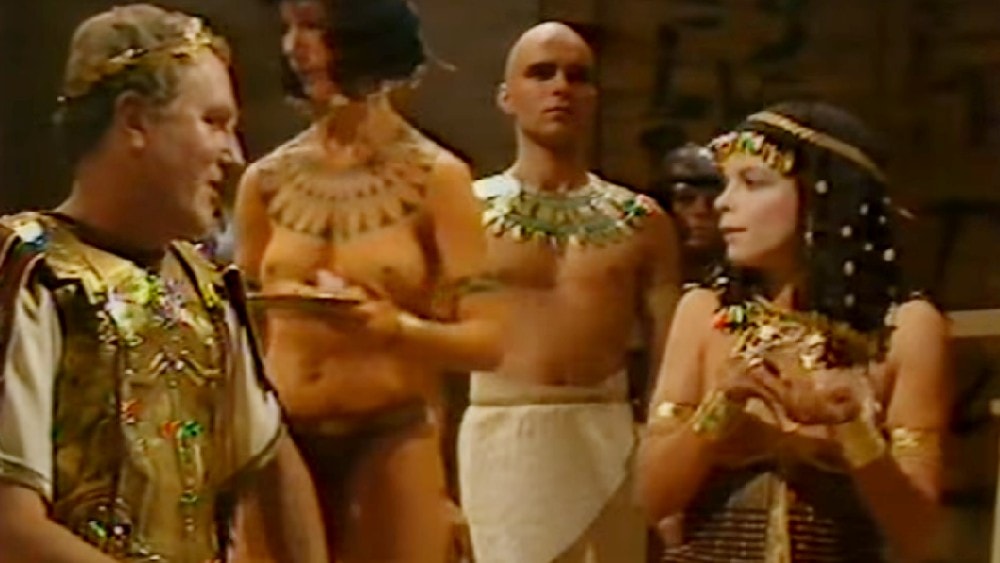 We mentioned Queen Cleopatra earlier from the ABC miniseries based on her time on the throne, but she certainly wasn’t the only Cleopatra to rule in history during the Ptolemaic Dynasty, the last dynasty in Ancient Egypt.

BBC2’s eight-episode miniseries titled The Cleopatras focuses on this period of time during that civilization, with a particular focus on the eight Cleopatras that ruled in various capacities across the region.

Each episode of the show covers an important year and switches narratives between the notable Cleopatras of that time to showcase how broad and far-reaching their influence was.

The Cleopatras is certainly a great way to get acquainted with the powerful female rulers of Ancient Egypt!

Channel 4’s docudrama Ancient Egyptians is a four-part journey through roughly 1,500 years of findings in Egyptology.

Through dramatized yet realistic renderings of true stories during the time of the Pharaohs, we’re able to learn more about the complex society and what life was like for the ancient Egyptians.

Each aspect of the series, from characters to costumes and even the language used was meticulously researched based on the treasures recovered from that period in order to present the most visually and historically accurate representation of the Ancient Egyptian civilization.

From the life of royals to the most mundane, Ancient Egyptians presents a narrative that you wouldn’t want to miss. 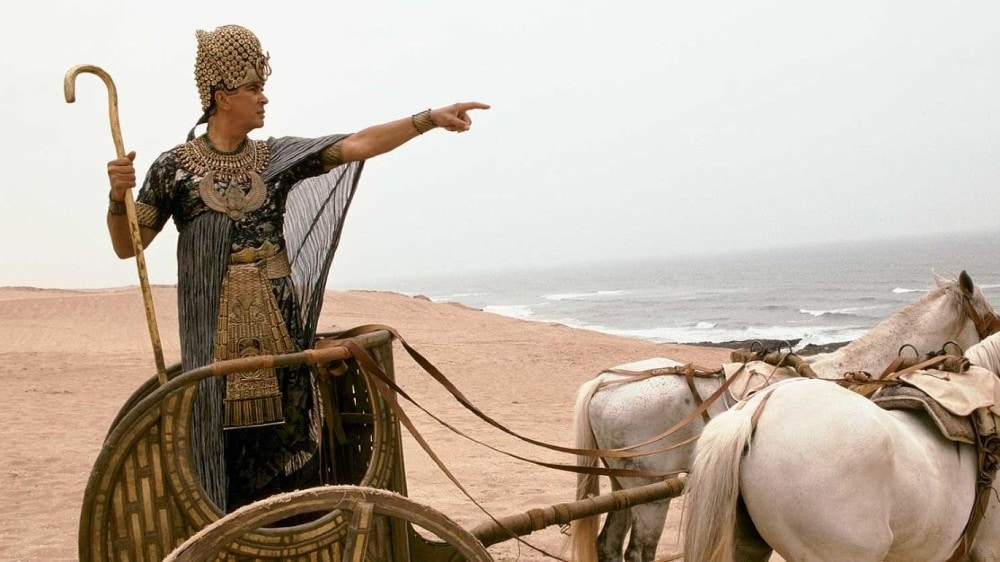 In a bit of a change of pace from the previous shows on the list, you could probably guess from the title alone that TNT’s Moses takes us down a more religious path.

Moses is a very significant figure across several of the world’s major religions and is known as their most important prophet.

Moses was a two-part international production based on the well-known biblical story of Moses’ encounter with the burning bush that eventually led to the salvation and Exodus of the Israelites from Egypt.

The second episode begins after Moses and his people have crossed the Red Sea, beginning their long and arduous journey to the Promised Land.