Nowadays, TV shows are so filled with violence and nudity that it can be hard to find a truly family-friendly show to watch. One that’s suitable for people of all ages. And one that families can enjoy together.

Fortunately, there still are a few TV series that fit that bill. And in this article, we will highlight those shows. So, without further ado, here are the best family-friendly TV shows that you can watch with your whole family. 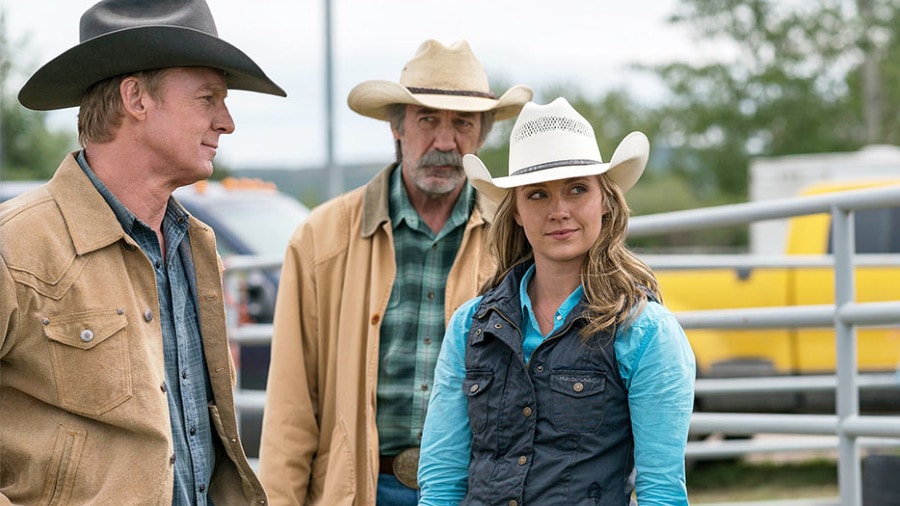 When you search the internet for a truly family-friendly TV series, Heartland is often the first one to come up. And for good reason.

It’s a show that you can not only watch together with your whole family. But also one that makes a point to address many different hot-button topics from the death of a parent to divorce, adoption, and much more. Which means that Heartland is not only entertaining but also in a way educational. Making it one of the best TV shows for families.

Heartland depicts the lives of a family living on a ranch in Alberta, Canada.

At the forefront of the series is Amy Fleming (Amber Marshall) who after the tragic death of her mother realizes that she has inherited her late mother’s horse whispering talent.

And over the course of the show, we see Amy developing that talent by helping countless horses. As well as see her living her life on a ranch that houses four generations of the Bartlett-Flemming-Morris-Borden clan.

Where to watch Heartland: 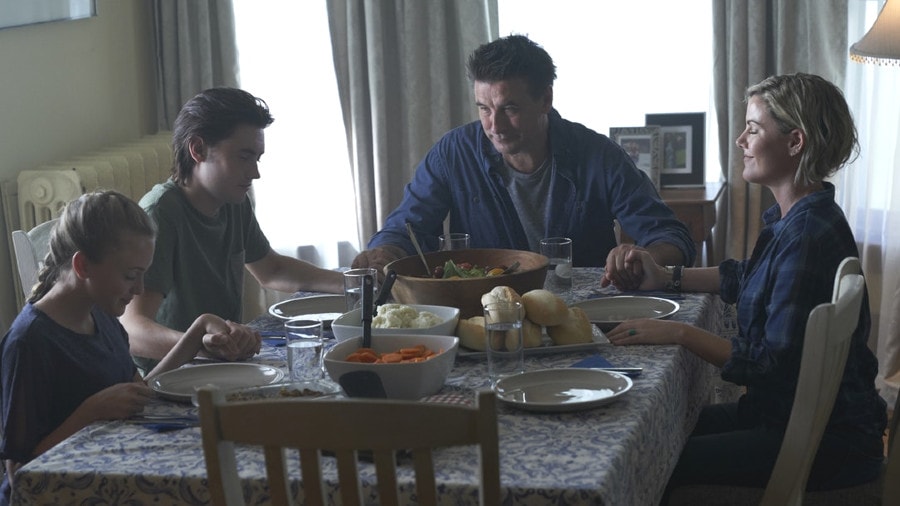 And during the first season of the series, we see John and his three children Maddie (Amalia Williamson), Scout (Spencer MacPherson) and Taylor (Taylor Thorne) not only deal with Sarah’s death but also adjust to life in Canada with their aunt, Sarah’s sister Charlie (Kathleen Robertson).

Whether that be the kids adapting to their new school or home life or John starting his job as the new search and rescue commander for the Turtle Island Bay SAR team.

Where to watch Northern Rescue: 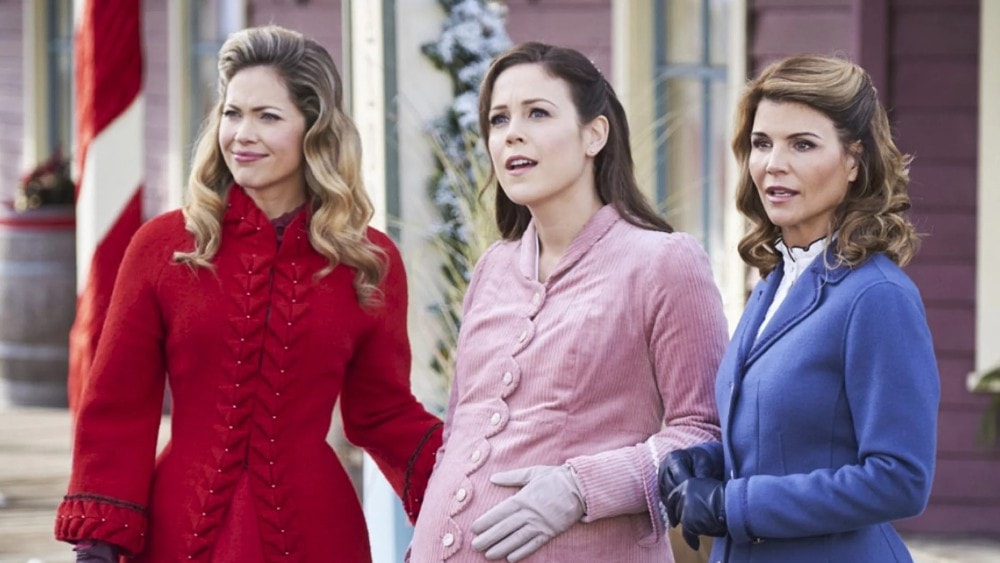 Speaking of TV series for families, The Hallmark Channel also has one of these types of shows as well – a period drama titled When Calls the Heart. And although it is set in the 1910s, it’s still fun to watch for the whole family and even manages to cover issues that are relevant even today.

When Calls the Heart centers on Elizabeth Thatcher (Erin Krakow). Elizabeth is a young teacher from a wealthy family, who moves to the small Canadian coal-mining town of Coal Valley, later Hope Valley after receiving her first classroom assignment there.

And during the show, we see Elizabeth getting used to living in such a small town. Including getting the hang of being a teacher. Befriending the newly widowed Abigail Stanton (Lori Loughlin), who later becomes the town’s mayor. And even finding love with the Royal North West Mounted Police Constable Jack Thornton (Daniel Lissing).

Where to watch When Calls the Heart: 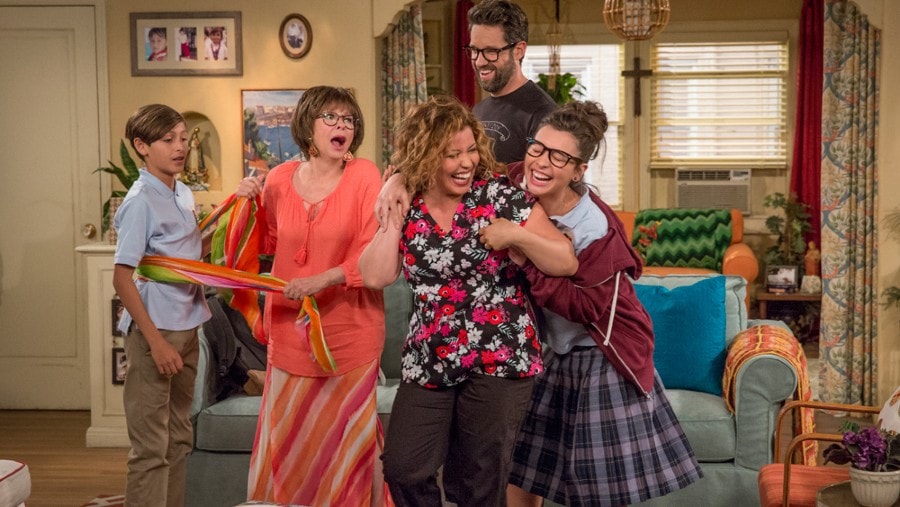 Then there is One Day at a Time, another family TV series that deserves to be on the list of the top family-friendly TV shows. Because it often highlights many important topics like immigration, PTSD and coming out, and showcases a Hispanic family, which sadly is just not often the case when it comes to family-oriented TV shows.

One Day at a Time tells the story of Penelope Alvarez (Justina Machado) and her family. Penelope is a United States Army veteran who’s not only transitioning back to civilian life but also learning to be a single parent to her two children Elena (Isabella Gomez) and Alex (Marcel Ruiz) after she leaves her PTSD-suffering alcoholic husband Victor (James Martínez).

Luckily, Penelope’s Cuban mother, Lydia (Rita Moreno) is there to help her out. And during the four seasons of the series, we see Penelope, Lydia, Elena, and Alex navigate the challenges that life throws at them as best they can.

Where to watch One Day at a Time: 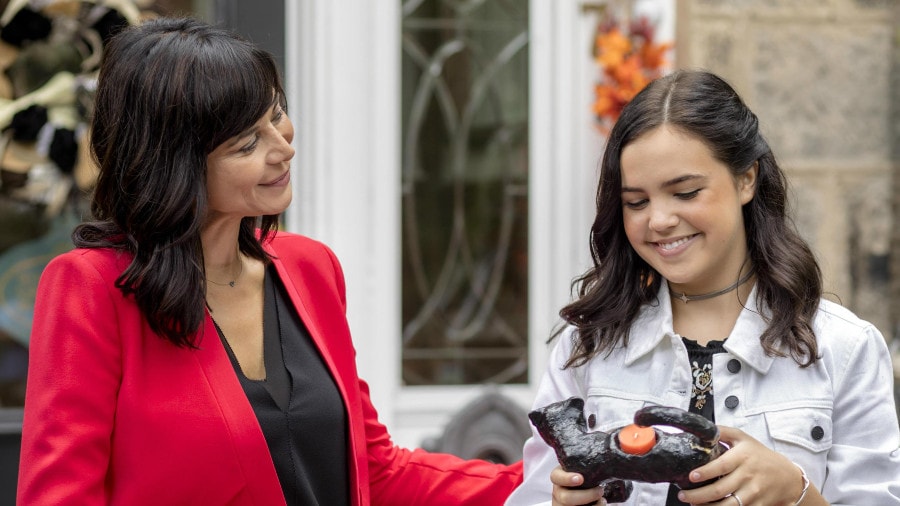 Another series to watch with your whole family is Good Witch which hails from The Hallmark Channel and is based on a TV movie series titled The Good Witch.

This will be a good fit for everyone who loves both wholesome family shows and fantasy TV series because, unlike the rest of the shows on this list, Good Witch has that element of fantasy since the two main characters of the series are witches.

Good Witch, much like the show’s predecessor movies, follows Cassie Nightingale (Catherine Bell), now widowed, as she raises her teenage daughter Grace (Bailee Madison). As well as run her store and the bed and breakfast.

And during the seven seasons of the series we see Cassie develop a close relationship with their new neighbor Sam Radford (James Denton) and his son Nick (Rhys Matthew Bond), eventually even finding love again.

Where to watch Good Witch: 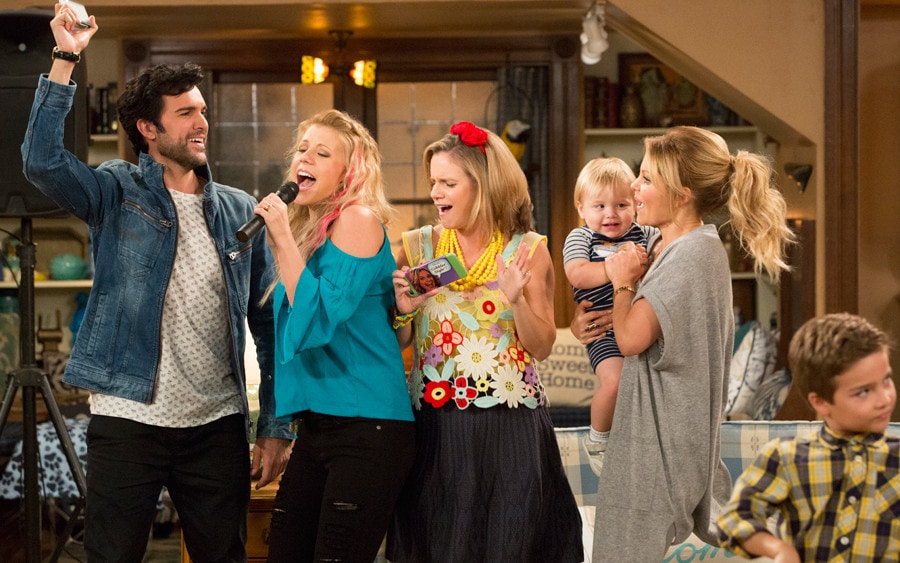 If you loved the 80s and 90s hit family sitcom Full House then you probably will like the current version of the series as well.

In fact, Fuller House is not a remake of Full House but rather a spin-off, featuring many of the characters from the old series. And some new ones to liven up this family comedy series.

Fuller House follows D.J. Tanner-Fuller (Candace Cameron Bure) as she moves back into her childhood home with her three kids Jackson (Michael Campion), Tommy Jr. (Dashiell & Fox Messitt) and Max (Elias Harger) after her firefighter husband dies while on duty.

And during the five seasons of the series we see the three women raise the children while also finding love and solidifying their friendship into a life-long sisterhood.

Where to watch Fuller House: 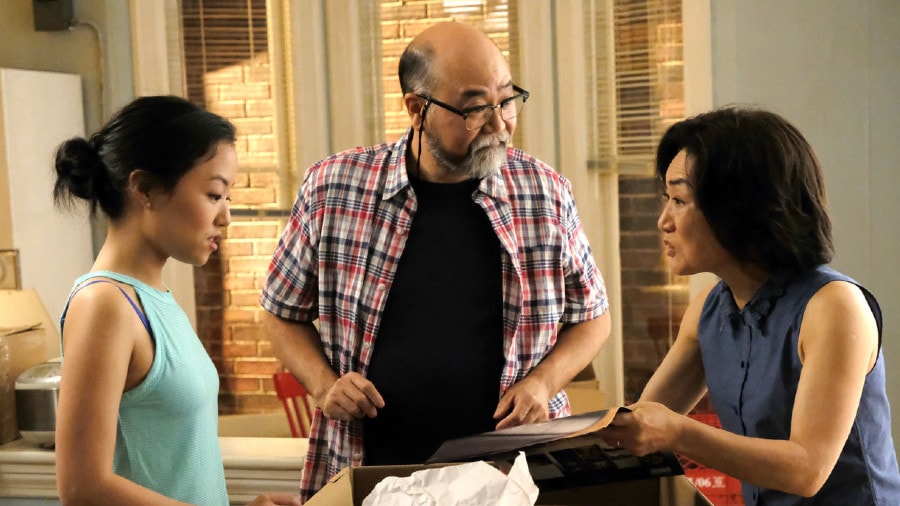 Another CBC gem of a show is the funny family comedy Kim’s Convenience.

It features a Korean-Canadian family, which is something you don’t see on TV that often, and therefore manages to flawlessly fuse comedy with highlighting many serious topics including immigration and the political issues that often come with it.

And during the five seasons of the show, we see Mr. (Paul Sun-Hyung Lee) and Mrs. Kim (Jean Yoon) and their kids Janet (Andrea Bang) and Jung (Simu Liu) handle many different challenges that arise from being a Korean-Canadian family living in the 21st century Canada. Including overly-traditional parenting, and estrangement of a family.

Where to watch Kim’s Convenience: 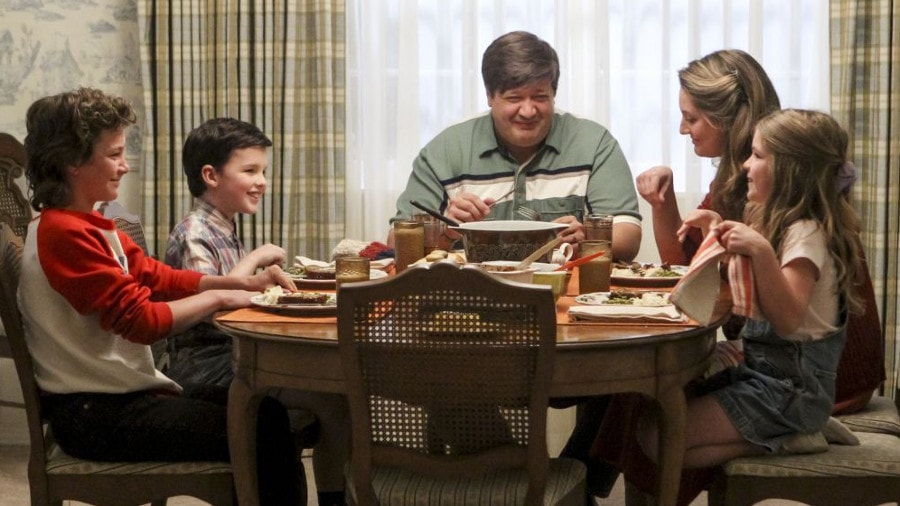 Then among the greatest family TV shows, I also have to mention CBS’s Young Sheldon. A The Big Bang Theory spin-off that has proven to be a success on its own as well.

Especially, since it appeals to a more diverse audience. What with depicting the life of Sheldon Cooper (Iain Armitage) and his family during the late 1980s and early 1990s.

Young Sheldon showcases the often challenging childhood of genius Sheldon Cooper. Because, although being a genius comes with many advantages, it also creates a lot of adversities for the young boy. Especially, since he’s growing up in the Texas town of Medford.

So over the course of the show, we see Sheldon overcome many of those challenges which include things like social awkwardness and a sense of superiority.

Where to watch Young Sheldon: 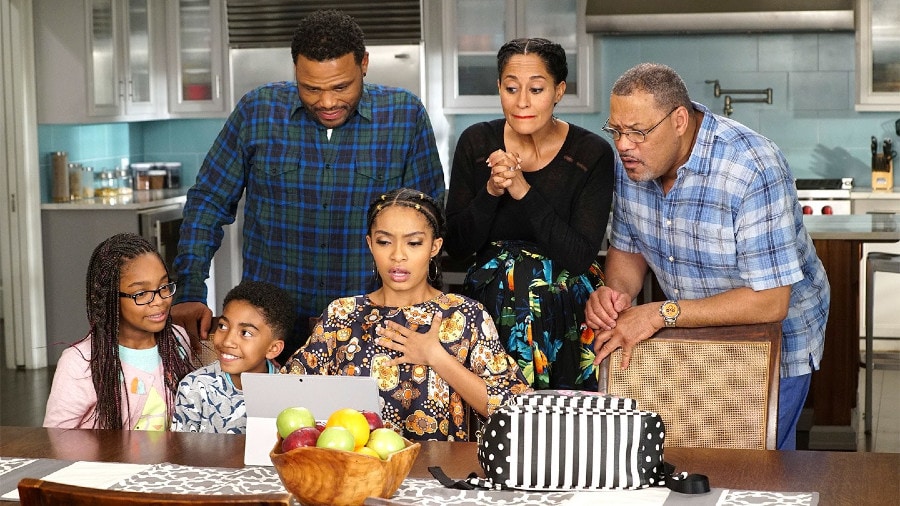 For those who are looking for a good family series showcasing an African-American family, you should check out Blash-ish.

A hit sitcom from ABC that’s not only extremely funny but also manages to incorporate many sociopolitical issues in the fabric of the show.

Black-ish tells the story of the lives of the Johnson family.

From the patriarch of the family Andre (Anthony Anderson) and his wife Rainbow (Tracee Ellis Ross) to their children Zoey (Yara Shahidi), Andre Jr. (Marcus Scribner), Diane (Marsai Martin) and Jack (Miles Brown), every single member of the family is dealing with their own issues on daily basis.

But at the end of the day, the Johnsons know how to come together when it matters the most.

Where to watch Black-ish: 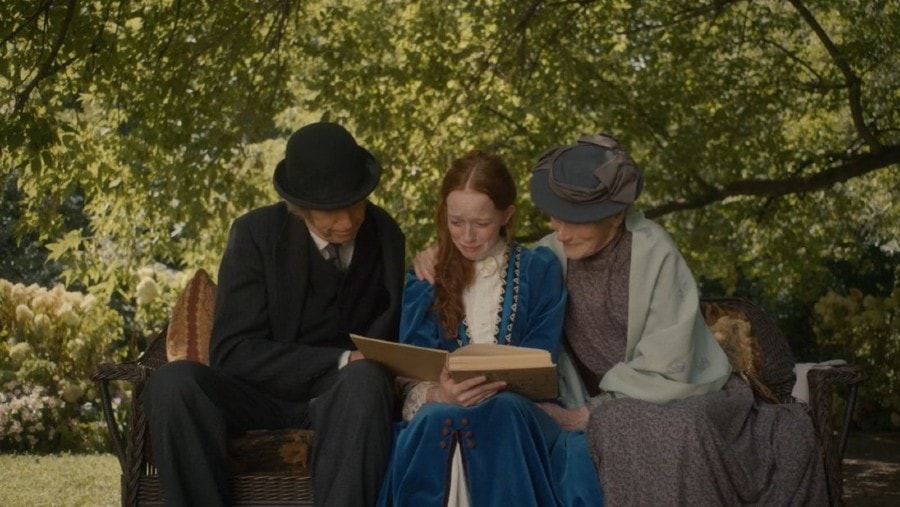 Another family-friendly period piece that’s all about finding your family in the most unexpected of ways is Netflix and CBC’s shared Anne With an E.

A heart-warming tale that’s not only visually stunning but also manages to incorporate many different social issues that are relevant even today.

Set in the late 19th century, Anne With an E zeroes in on an orphan girl Anne (Amybeth McNulty) who’s sent to live with a brother and sister duo on Prince Edward Island.

And despite past hardships and rocky start with the Cuthberts, over the three seasons of the show Anne manages to forge deep bonds with her new parents and find kindred spirits to surround herself with. All without losing her exuberant spirit.

Where to watch Anne With an E: 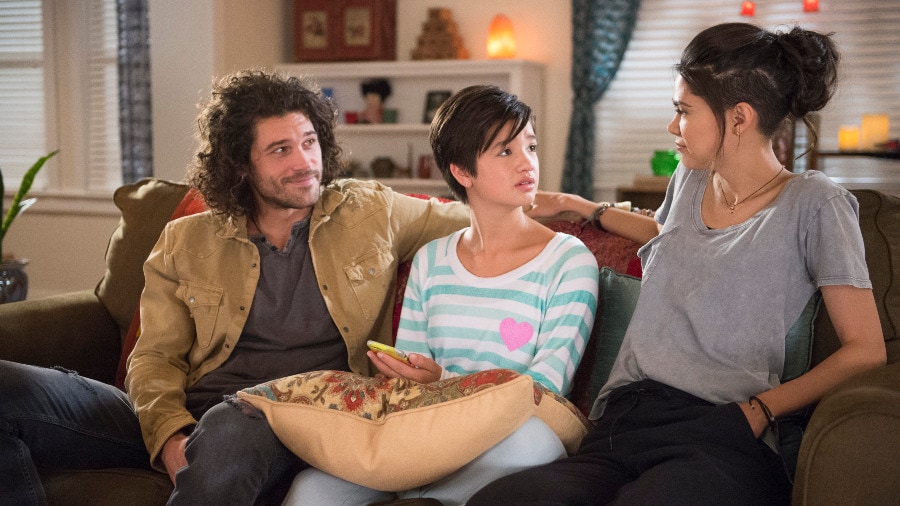 And I will end this list of the best family-friendly TV shows with Andi Mack.

A ground-breaking series that not only chose to feature a gay middle school boy as one of its main characters but also deals with other important issues.

Andi Mack depicts the life of middle-schooler Andi (Peyton Elizabeth Lee) and her two best friends Cyrus (Joshua Rush) and Buddy (Sofia Wylie) as they deal with the intricacies of middle school and impending teenagehood.

On top of which Andi finds out that her sister Bex (Lilan Bowden) is actually her mother which flips her world completely upside down.

Where to watch Andi Mack: