We all probably know at least one person from our childhood who excitedly answered “astronaut!” when asked the age-old question: “What do you want to be when you grow up?” And I mean, who wouldn’t want to be an astronaut, right? To walk among the stars and look down on the Earth, just floating around in space.

The whole idea of space exploration is pretty terrifying if you ask me. But that’s what makes astronauts so admirable: their bravery is of a completely different caliber.

To pay tribute to these space heroes, we’ve put together a list of the best TV shows you can watch about astronauts and space exploration! 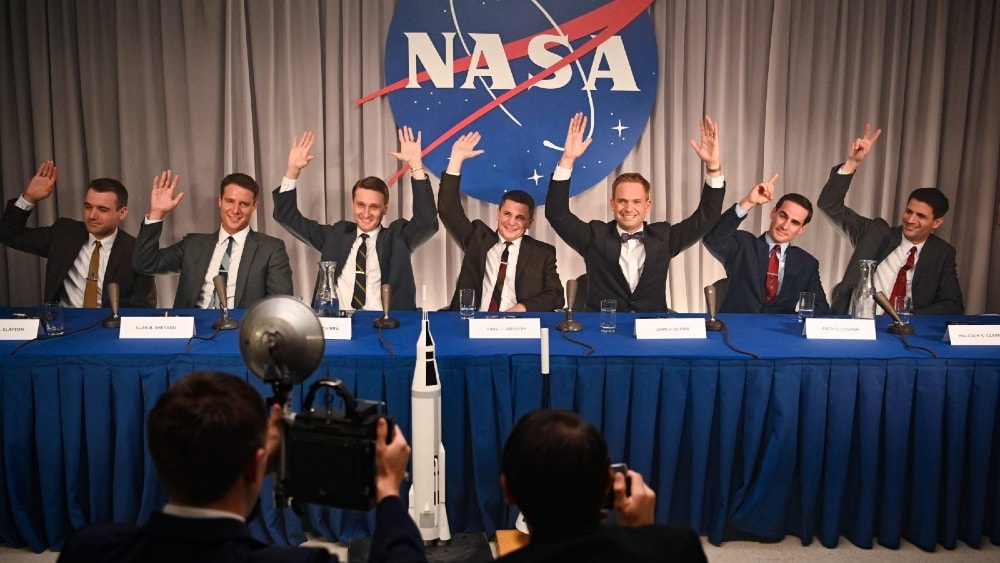 We’re kicking off this list with a drama series from Disney+ that’s still yet to come: The Right Stuff. The miniseries takes its inspiration from the non-fiction book of the same name, published in 1979 and written by journalist Tom Wolfe. According to Wolfe, his book is intended to find out why these pilots became astronauts despite the dangers involved and delves into what it really takes for one to become an astronaut – a.k.a the “right stuff” required for the job.

In line with the book, The Right Stuff follows the story of the original Mercury Seven, who were the first seven astronauts selected to fly spacecraft for the first US spaceflight program from 1958 to 1963, as well as the effects this had on their wives and families.

Accompanied by an ensemble cast comprised of Jake McDorman, Michael Trotter, Patrick J. Adams, James Lafferty, Aaron Staton, Colin O’Donoghue, and Micah Stock as the Mercury Seven, The Right Stuff is looking to become a must-watch for all astronaut hopefuls. Be on the lookout on Disney+ starting October 9! 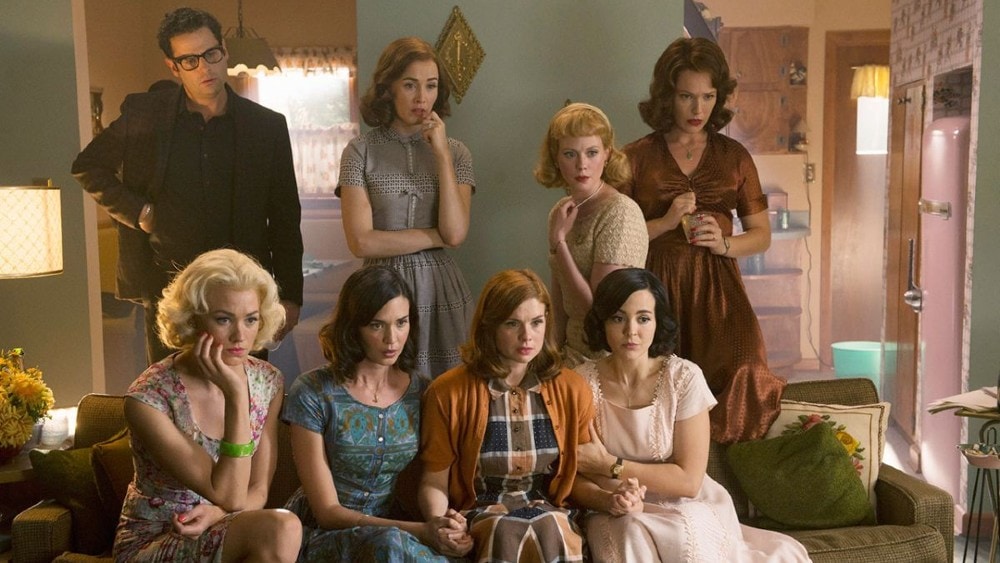 Our next show goes perfectly with the previous one, despite predating it by five years. Given that, and in case you haven’t deduced it from the title, ABC’s The Astronaut Wives Club was a ten-episode miniseries that focused on the wives of the previously mentioned Mercury Seven. Also similarly to The Right Stuff, The Astronaut Wives Club was based on a biographical novel of the same name, published in 2013 and authored by Lily Koppel.

The series takes the focus away from the men and shines the spotlight on the women instead, narrating their personal lives and their own increasing popularity during the time of the Mercury Seven. Their private lives are suddenly no longer private, and The Astronaut Wives Club shows how these women banded together and successfully navigated their lives under the spotlight. The show stars Dominique McElligott, Yvonne Strahovski, Joanna Garcia Swisher, Erin Cummings, Azure Parsons, Zoe Boyle, and Odette Annable as the titular astronaut wives.

Intended as a standalone miniseries, the story wrapped up fully after its ten episodes and the Apollo 11 landing on the moon. 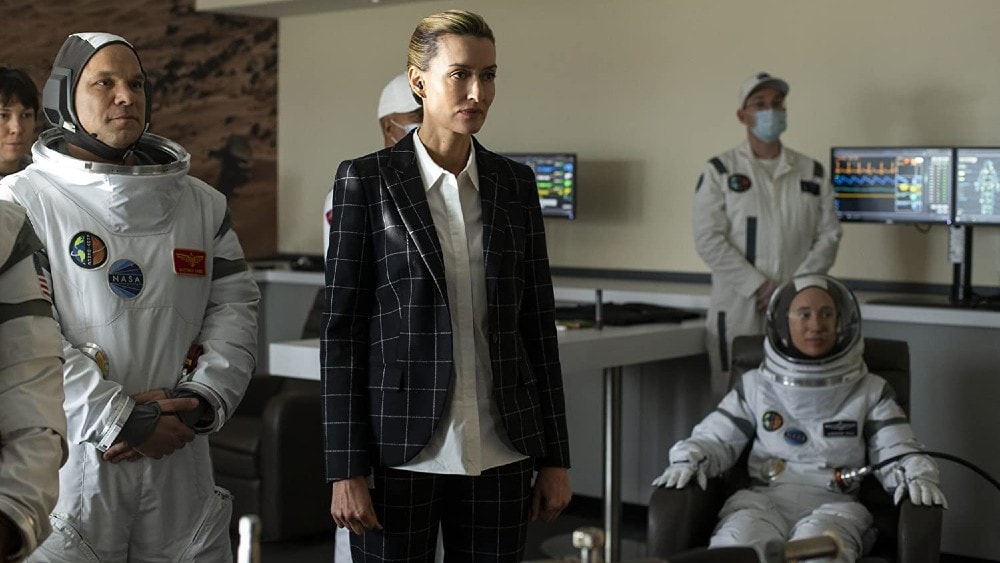 It’s probably best to preface this show with a little disclaimer: it doesn’t play on the edge of your seat, action-packed, problem-solving space mission trope like The Martian. If you think about it, it’s actually more like a sort of prequel to a mission like that to Mars.

As opposed to the historical setting of the previous two shows, The First is set in the near future, when humanity is attempting to send the first humans to Mars. As mentioned, viewers aren’t watching an actual exploration of Mars but rather, what would potentially go into planning such a mission. In organizing what could be the greatest aeronautical achievement in recent history, the team, under the guidance of “visionary aerospace magnate” Laz Ingram, sets out to determine any physical and emotional challenges that their astronauts could face while finding their way to Mars.

Ingram’s character was played by Natascha McElhone, while the five astronauts set to be the first on Mars were played by the legendary Sean Penn, LisaGay Hamilton, Hannah Ware, Keiko Agena, and James Ransone. Sadly, The First was canceled by Hulu after only one season. 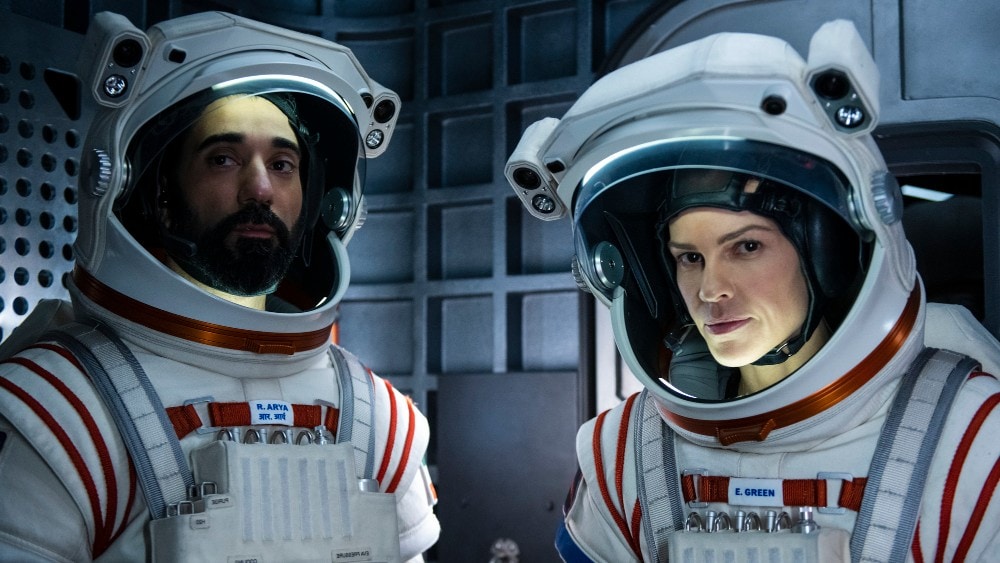 Speaking of the mission to Mars, Netflix’s Away depicts just that, the first manned mission to Mars. Over the 1 season and 10 episodes of this Netflix original, we get to experience the unprecedented three-year-long mission and the toll it takes on both the astronauts and their families.

At the center of the show is Emma Green, NASA astronaut and the commander of the mission. And we see Emma not only having to deal with the inns and outs of a mission that long which consists of a diverse and international crew no less. But also bear witness to her struggle with being separated from her husband Matt and daughter Alexis for three years.

Away is a beautiful journey of longing, hope, and humanity that shows how much people are capable of enduring to achieve incredible, impossible things. And with a cast including Hilary Swank, who plays Emma, Josh Charles, Ato Essandoh, Mark Ivanir, Ray Panthaki, Vivian Wu, and Talitha Bateman you really can’t go wrong with binging this astronaut drama. 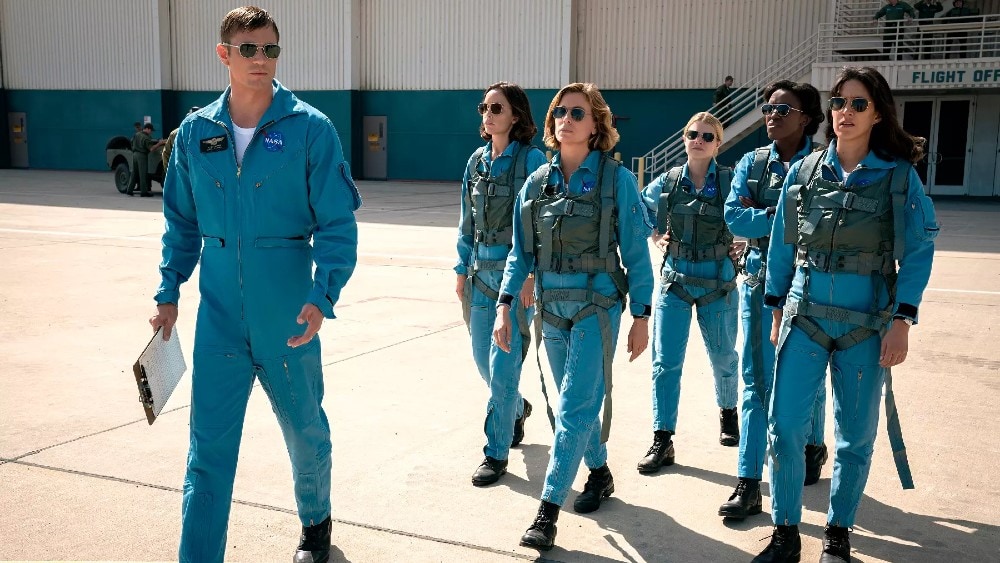 For All Mankind is the first and currently only multiple-season TV show on the list, having first premiered in November 2019 and already being renewed for a second and third season by Apple TV+. Though there’s no news yet as to when that will premiere.

With elements of both the science fiction and the drama genres, the show unravels through the lens of an alternate history where the space race (i.e. the competition between the US and the then-USSR to achieve greater technological and aeronautical advances) never ended, and it was, in fact, the Soviets who had successfully achieved the first Moon landing. With that, the United States and NASA scramble to double their efforts to catch up, including diversifying their team of astronauts to include women and minorities.

The show features some historical characters like a few from the Mercury Seven, Neil Armstrong, and Buzz Aldrin, among others. Headlining the cast are Joel Kinnaman, Michael Dorman, Shantel VanSanten, Wrenn Schmidt, Sarah Jones, and Jodi Balfour. 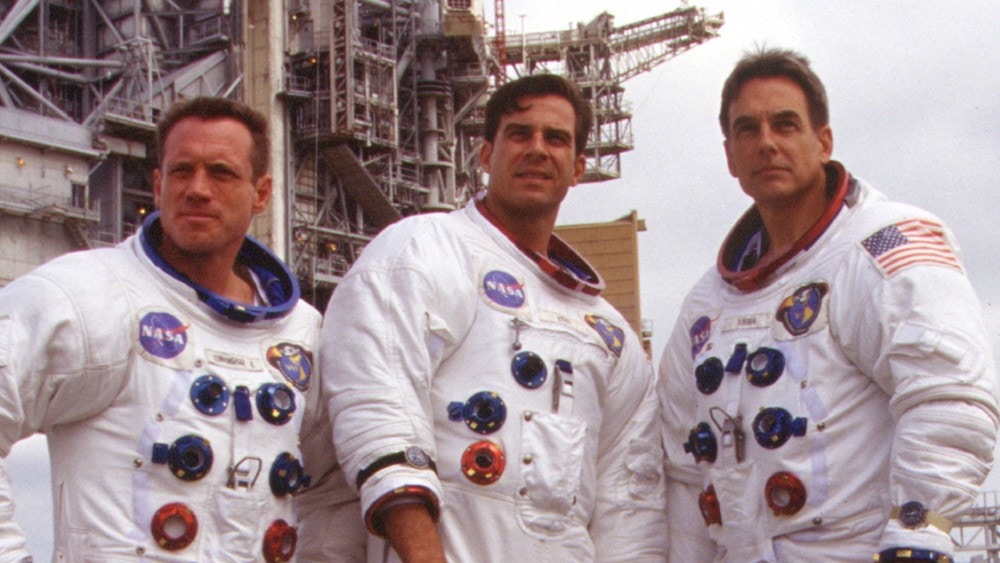 Finally, for our last astronaut TV show we’re taking you a little back in time to a Golden Globe-winning docudrama from HBO. Apart from this Golden Globe win, From the Earth to the Moon was nominated for seventeen Emmy Awards and won three, and it was hailed as “the best docudrama miniseries of all time” but the Washington Post. If that’s not amazing enough, the miniseries is produced by Tom Hanks and he appears in every episode, and that’s a good enough reason for me to watch this immediately.

Throughout its twelve episodes, From the Earth to the Moon details NASA’s Apollo lunar space program, from its early beginnings (including an overview of the Mercury and Gemini programs) to each of the successful milestones leading to the first Moon landing, and ending with a pseudo-documentary retelling of the final lunar mission, Apollo 17.

From the Earth to the Moon is an absolutely fascinating docudrama that covers a wide array of historical characters, as well as a few fictional and/or fictionalized ones. To keep with historical and technical accuracy, astronaut David Scott, commander of Apollo 15, served as the chief technological consultant.