The Alienist has been lurking around on my Netflix watchlist for months. As a lover of all things true crime, it seemed like a show right up my alley, albeit I’ll admit I was hesitant about the whole ‘period drama’ aspect of it.

Going into this, all I knew was that it would somewhat cover the beginnings of studies into the psychology of crimes and serial killers. But who wouldn’t want to watch a show with Daniel Brühl, Dakota Fanning, and Luke Evans?

So here are my thoughts while watching TNT’s The Alienist season 1: 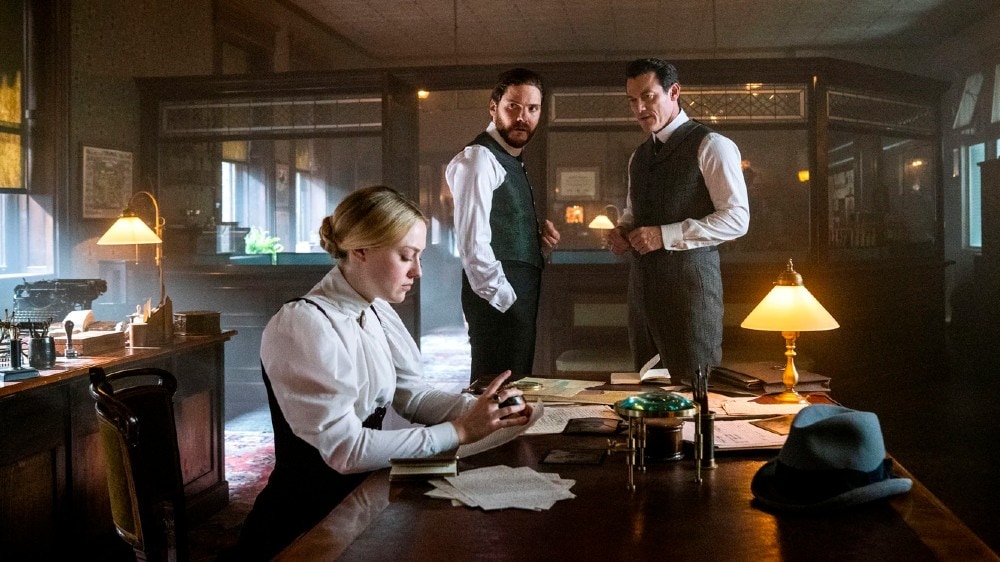 So after two days and ten episodes, I’ve wrapped up my binge of season 1 of The Alienist, and here’s the thing: I. LOVED. EVERY. MINUTE!

While the late 19th-century setting threw me off at first, it turned out to be the very best thing about it, in my opinion, and it makes for such a strong character for Dakota Fanning.

Thankfully, there’s more featuring this ad hoc investigative team! Season 2, titled The Alienist: Angel of Darkness, premiered on July 26, 2020, and features the return of Fanning, Brühl, and Evans (as well as Matthew Shear and Robert Ray Wisdom as the Isaacson brothers). A few years will have passed but the team comes back together to solve yet another series of child murders.

I’d definitely recommend giving The Alienist a watch if dark, psychological crime thrillers are your thing. Heads up, though: it does get a bit graphic, so be prepared to flinch and look away if you’ve got a weak stomach!