Many countries’ economies are currently struggling due to the need to close businesses. One of the major industries undoubtedly affected is the aviation industry, owing to the limitations in international travel and many countries closing their borders.

In line with this, we thought it might be appropriate to take a look at TV shows that have provided us a look into the operations of aviation and its relevant professions – though with the added flair of fictionalization.

We often look at pilots and flight attendants with admiration for the seemingly glorious lifestyle they live up in the skies, but what else is involved? These shows on our list may help us find out. 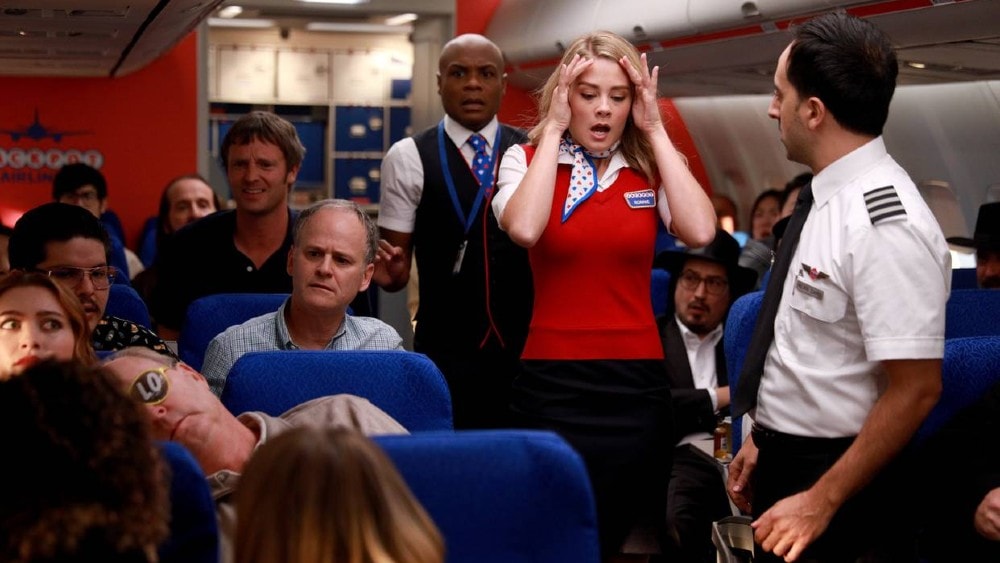 We’re kicking off our list with a series to tickle your funny bone: LA to Vegas. A 22-minute sitcom, LA to Vegas chronicles the journey of a small budget airline, Jackpot Airlines, as it makes its regular Friday-to-Sunday gateway flight from Los Angeles to Las Vegas.

While this, of course, includes the regular crew of pilot and flight attendants (Captain Dave, a former Air Force pilot; Ronnie, a veteran flight attendant; and Bernard, a flamboyant fellow FA), we’re also introduced to the flight’s regular passengers and follow along in their personal adventures as well. Of these passengers are a UCLA professor who visits his son every weekend, a professional stripper who travels for work, and a Russian gambler, bookie, and dentist.

This ragtag group of individuals makes for a hilarious setting for misadventures both in the air and on the ground. Sadly, Fox canceled the series after only one season and fifteen episodes. 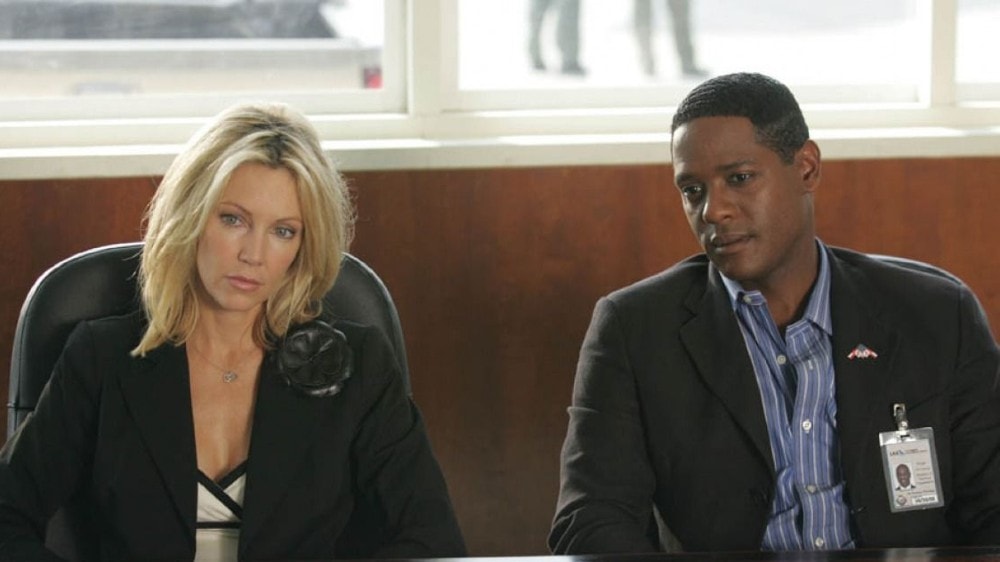 We go behind the scenes with NBC’s LAX, an aviation drama that focuses less on the airplanes themselves and more on the airports that control their movement. We know all about pilots and flight attendants as the face of the aviation industry, but what of those that work from the ground? Well, that’s what LAX shows its viewers, though fictionalized.

Los Angeles International Airport, or LAX, is one of the busiest airports In the world, so we can only imagine how chaotic things can get when it comes to controlling air traffic, scheduling, and safety of all passengers going through its vast terminals. It comes as no surprise, then, hat runway chief Harley Random and terminal manager Roger de Souza are always butting heads – on top of their already tumultuous personal relationship.

LAX aired a total of thirteen episodes before NBC canceled the series after one season. 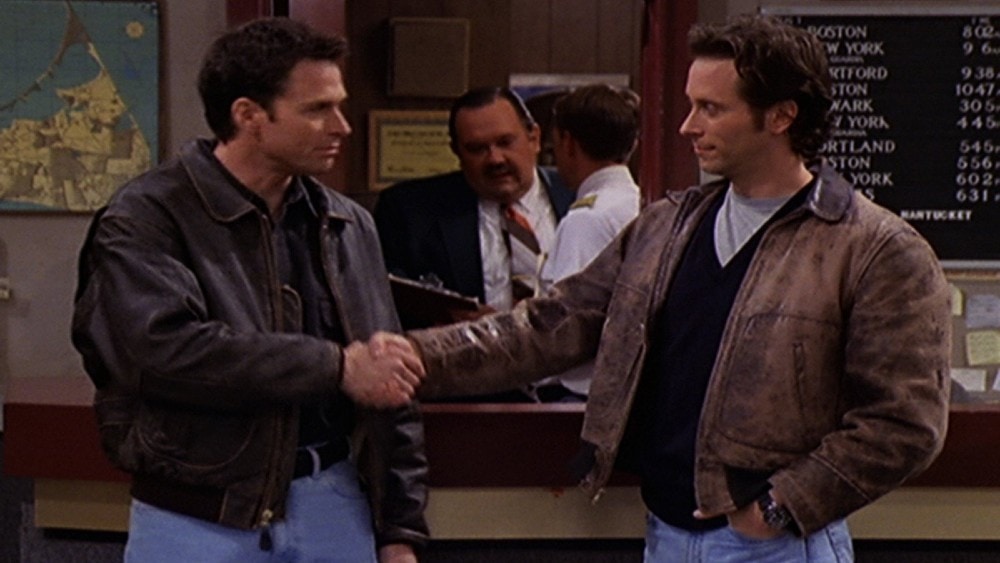 Not to be mistaken for the BBC1 British drama that aired in the late 1970s, NBC’s Wings is an American sitcom that aired for a total of eight seasons throughout the 1990s. The creators of Wings were also longtime showrunners on NBC’s sitcoms Cheers and Frasier, and thus the series takes place within the same fictional universe.

Wings is set primarily at the fictional Tom Nevers Field airport, described as a “small two-airline airport” located in Nantucket, Massachusetts. One airline, called Sandpiper, is run by brother Joe and Brian Hackett whilst their business rival Roy Biggins ran Aeromass, the other airline operating out of Tom Nevers Field airport.

Joining them in the series are various characters that work alongside them in the airport: the airport mechanic, the owner of the taxi service, the lady at the ticket counter, and the woman who runs the airport diner. Together, their lives clash and intertwine to form eight seasons worth of hilarity! 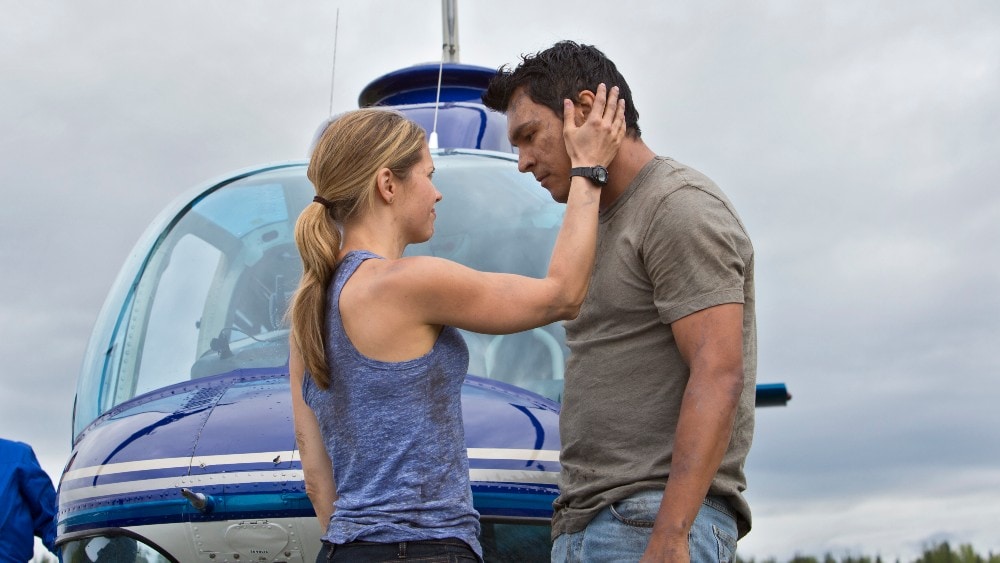 Arctic Air is a Canadian aviation drama series about a maverick airline based out of Yellowknife in the Northern Territories of Canada. The CBC show ran for three seasons and a total of 35 episodes but was ultimately canceled because of the government’s budget restrictions.

The said airline at the center of this series is run by a pretty unconventional family composed of Mel Ivarson and his daughter Krista, along with Mel’s deceased partner’s son, Bobby Martin. While Bobby handles the business side of the airline, Mel (a former bush pilot himself) is in charge of their fleet of pilots – including the flying missions that they undertake.

Almost every episode a unique flying mission and a variety of different aircrafts, and their adventures vary from drug busts, rescue missions, planted bombs, hijackings, and geographic explorations. 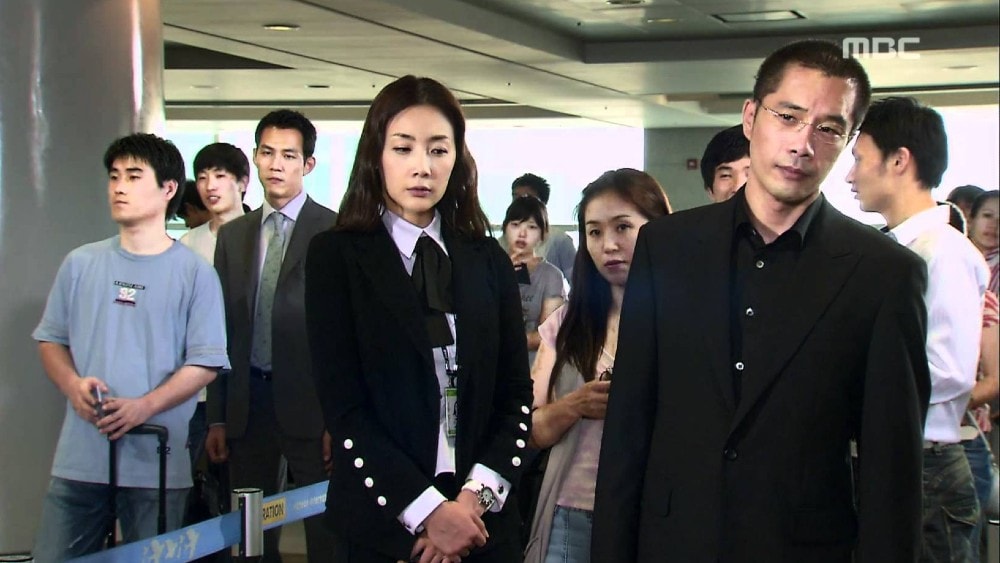 The first – and only – foreign series on the list today, MBC’s Air City hails from South Korea and has all the makings of a Korean romance drama series. Similar to the previously mentioned LAX, Air City focuses on the professional and personal lives of the employees at the Incheon International Airport.

Featuring a strong female lead, Han Do-kyung accepts a job as the Chief of Operations at the airport. As the story unfolds and she takes charge, she comes across her childhood friend who works with airport security, a National Intelligence Service agent, his ex-girlfriend who works at the airport clinic. Their relationships with each other soon develop and become quite a complicated web when emotions and romance become involved.

Bonus fun fact: in order to remain as accurate as possible, the show’s scriptwriters interviewed over 200 airport employees!

Fly by Night takes us back north of the border to Canada, and a little back in time, too! The Canadian series was first aired by CBS way back in 1991 in the network’s late-night programming block called “Crimetime After Primetime”, though it only lasted one season with thirteen episodes in total.

Given that, the series does have crime adventure elements throughout. It follows two pilots, Mack Sheppard and Jean-Philippe Pasteur, who work for a small, fly-by-night airline called Slick Air. Now, Slick Air is primarily a one-craft charter service run by the no-nonsense Sally “Slick” Monroe, who occasionally gets wrapped up in the troublesome adventures of her pilots and her customers. 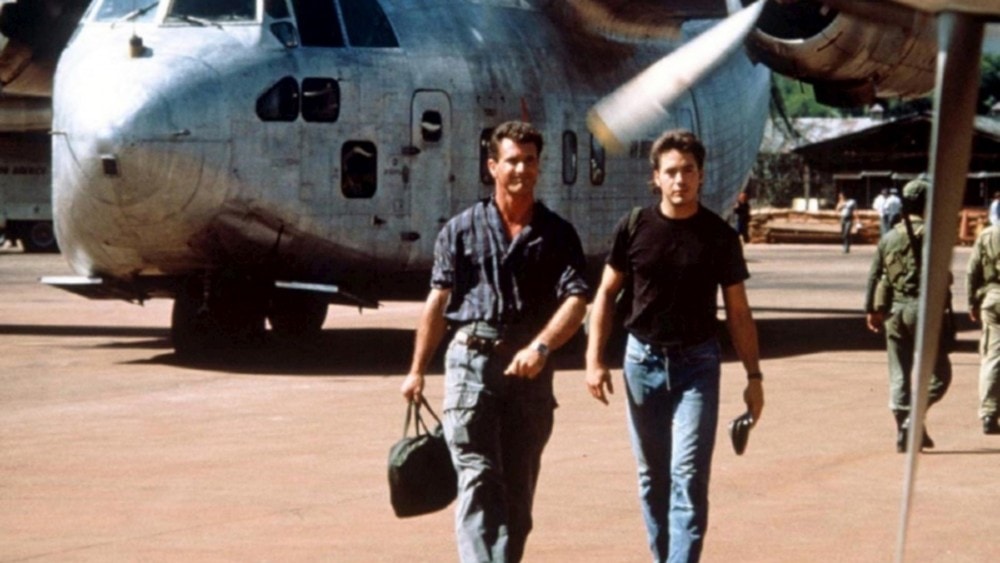 Air America was a syndicated American adventure series centered on the titular airline, which operates out of Costa Perdida in Buenaventura, Colombia. Though the show primarily unfolds in South America, most of the filming was actually done out of a hangar near the Camarillo Airport Tower in California!

The series’ main protagonist is Rio Arnet, the chief of a team of undercover State Department agents, now posing as a pilot of the air-transport service, Air America. For this assignment, he and his trusty sidekick Wiley (tech whiz and communications specialist) undertake various assignments to investigate international crimes across South America and protect and rescue those who need it.

Though Air America ran through syndication for just one season, there are twenty-six episodes for fans to enjoy! 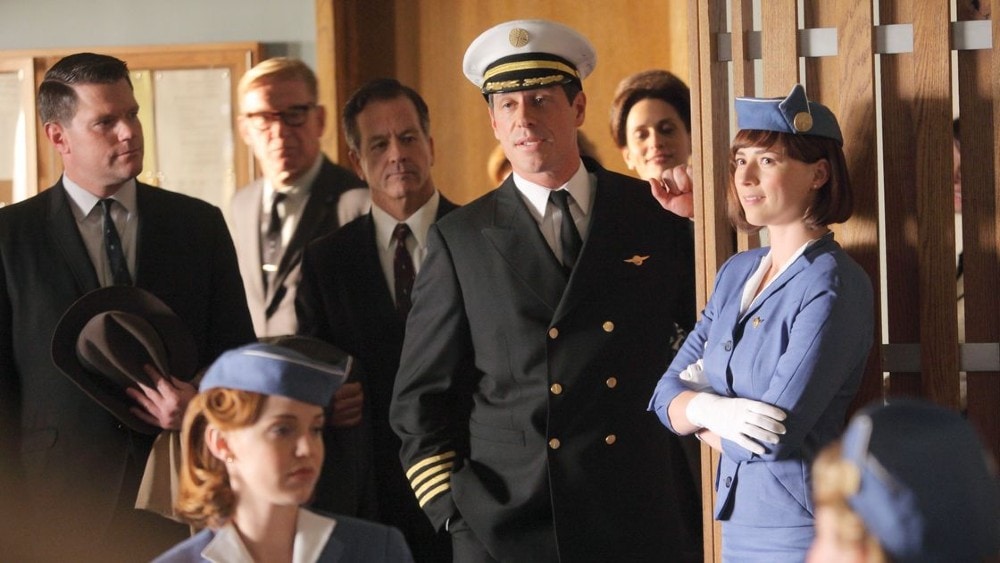 Though ABC’s Pan Am aired in a more recent decade, this historical fiction drama is set in the early 1960s, right at the onset of the Jet Age. The real-life Pan Am airline, or Pan American World Airways, has since become a significant cultural icon despite having ceased operations almost three decades ago in 1991.

In the Pan Am series, we meet the airline’s pilots and flight attendants as we watch how they represent the company and contribute to its reputation as the most luxurious way to fly during that time. Not only do we get a glimpse of what it might have taken to become part of a Pan Am crew, but we also follow the entanglements of their personal lives and relationships – even including a flight attendant working undercover for the CIA!

Sadly, despite the show’s international success, it was canceled by the network after one season and wasn’t able to reach an agreement with Amazon to pick it up for continuation. 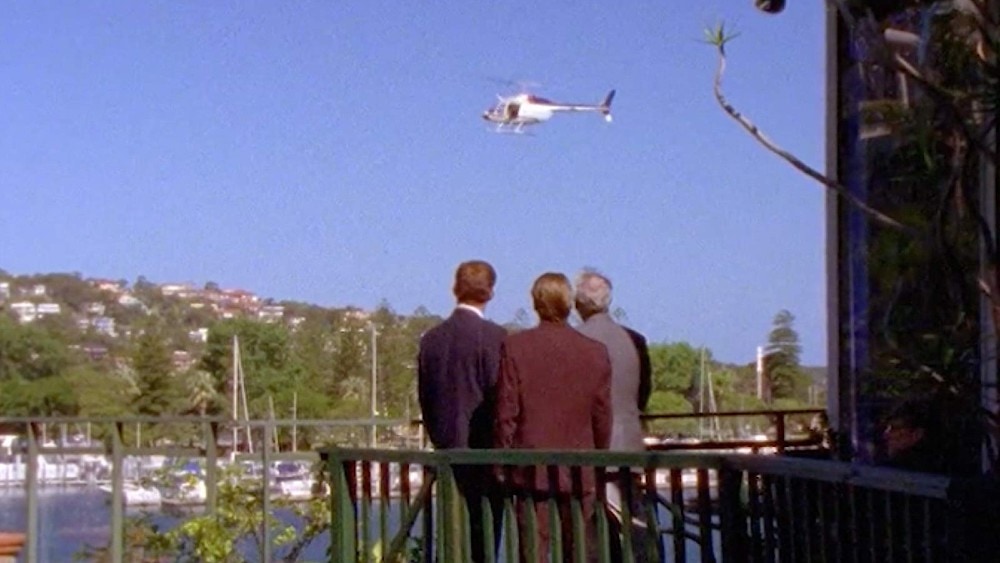 Again not to be mistaken with another upcoming American police procedural series, Big Sky is an Australian drama series that premiered in the late 1990s and aired for two seasons, and a whopping total of fifty-six episodes (we just don’t get long seasons like this anymore, huh?).

The series focuses on a small airline company called Big Sky Aviation and pretty early on, we find that the owner has died. Thus ensues the ongoing battle over who gets control of keeping operations running. Sure, it’s now owned by the former boss’s daughter, but she often butts heads with the Chief pilot as he is determined to look after the best interests of his team of pilots as they go on a variety of sky-high adventures.