Tomorrow X Together (note: the ‘X is read as ‘by’), or more commonly referred to as simply TXT, is a five-member K-pop idol group that debuted in March 2019.

Their group is composed of their leader Soobin and members Yeonjun, Beomgyu, Taehyun, and Hueningkai – all of whom share talents in singing, rapping, and dancing.

In their almost two years since debuting, TXT has already made a name for themselves on both the local and international music scenes, with several group and album awards under their belt – as well as a place on multiple Billboard top charts.

All in all, they’ve been blazing a trail in the K-pop industry and it’s made all the more impressive when you realize they’re all only between 18 and 21 years old.

TXT is under the Big Hit Entertainment label, which is also the company that manages BTS! Given that, it makes complete sense that their social media and public relations strategies are similar – including the production of their very own variety show!

That’s right, like their sunbaenims’ (a sunbaenim is akin to a senior in your industry – someone who entered the field before you and therefore has more experience) with Run BTS!, TXT has a variety show entitled TO DO X Tomorrow X Together – or just TO DO, for short.

In TO DO, the members are given tasks and missions to complete, precisely like a to-do list. With each mission, they are given a certain number of grape-shaped stickers to add to drawings they made in their pilot episode. Once they’ve filled up their drawings with stickers, they get to go on their “wish” trip.

As of writing, TO DO is 37 episodes in, after the first episode aired in January 2020.

In honor of their 2-year debut anniversary that was this March, we’ve decided to look back on the best episodes from TO DO that are sure to tickle your funny bone! 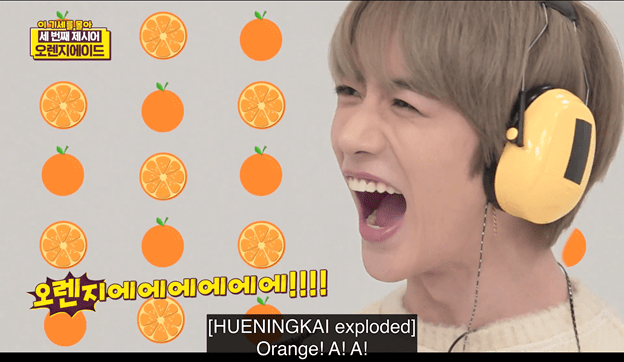 Why we love it: This episode is probably the first one to show the truly chaotic side of TXT – after they got over the initial awkwardness that’s evident in the first few episodes.

They were more willing to scream at each other in The Whisper Game, show off their strength in arm wrestling, and pull little pranks on each other during the Mouth to Mouth flour game. Ending the episode with flour-covered faces was the cherry on top!

TXT soft chaos moment: The Whisper Game is what gave us Jimin’s iconic “lajibolala” from Run BTS, and it’s also what’s given us Beomgyu’s “Orange Hade” and frustrated screaming at Taehyun every time he would get the syllables wrong. 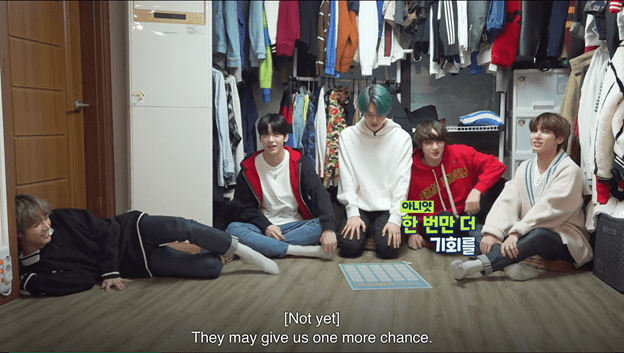 Why we love it: We get a slightly deeper look into the lives of the TXT members as this episode is filmed in their own dorm! Well – what looks to be the walk-in closet of their dorm, at least.

They play various games to earn them points from a large Bingo card, and the number of points accumulated would determine the snacks they could get from their production team. Some of these games include word association, naming the pictures, jackstones, even Jenga – the creativity was endless!

TXT soft chaos moment: The way that they struggled during the Korean Only game! Even simple words they use every day like “okay”, “pizza”, and “team” were a struggle to get around. They had to beg for more chances every few seconds, so there was no way they would get through the required 10 minutes. 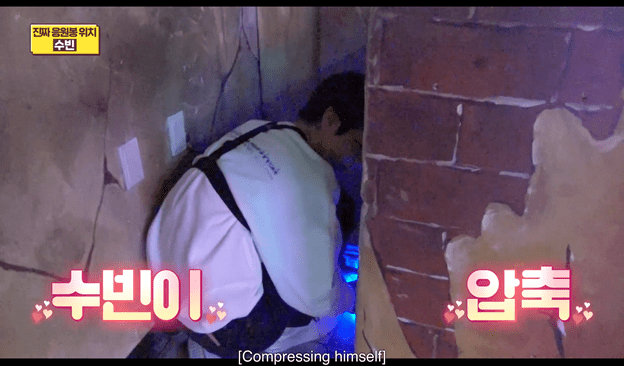 Why we love it: This is the second of two episodes filmed at the Lotte World amusement park, and this last game was an individual match that really brought out the competitive side in them!

Their lightsticks were hidden throughout the amusement park, but only one of those was the “real” one. They had to race to find the real lightstick and when it was found, chase each other to get – and keep – possession of it until the time was up. Needless to say, it was absolute mayhem.

The members were being so competitive that the crew actually had to change the rules mid-game to ensure they were being safe!

TXT soft chaos moment: Soobin desperately trying to hide when he had the real lightstick (not an easy feat when he’s the tallest one at over 6ft).

Also, the last few minutes of them frantically chasing Soobin before he could place the lightstick on the table were the most nail-biting moments of the entire episode. 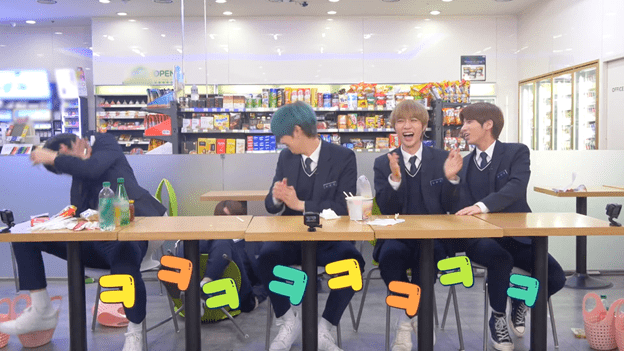 Why we love it: It was simple but sweet, and harkened back to their days as trainees where they claim they spent a lot of time visiting the convenience store nearby.

Hence, their staff wanted to test how well they really knew convenience store products through a series of games. These include making “meals” out of everyday store foods, shopping to a certain amount without knowing the items’ prices, and guessing the store’s best-selling products.

TXT soft chaos moment: When the staff came over to take their homemade “meals” off for voting, they accidentally dropped Soobin’s carefully curated ice cream cone. Hueningkai laughed so hard at Soobin’s complaints that he tipped himself over and fell off the chair! The fall alone was funny enough but his scream of surprise on his way down made it even more hilarious! 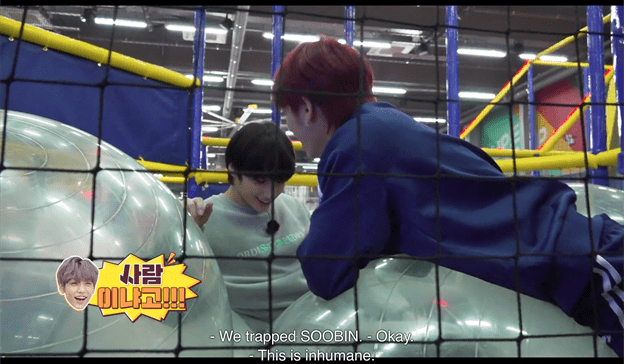 Why we love it: Like Episode 10, this is the second installment in the two-episode streak filmed in a type of fitness amusement park.

Here, the members have already figured out which color was assigned to them. Their next task is to locate more cards hidden around the park that will let them transfer the “bomb” to another player’s color. Whoever’s color had the bomb when time was up was given a penalty.

As per usual with TXT, the members immediately pinpointed their targets and had no hesitation in betraying each other!

TXT soft chaos moment: Despite being their leader, Soobin easily became a target for the rest of the members. At one point while in a pit full of big, transparent balls, he slips beneath some, and both Hueningkai and Taehyun waste no time in trapping him there while Yeonjun places the bomb on his color.

Poor Soobin was screaming for help and calling them inhumane, while everyone – including the production crew he was asking for help from – just laughed. 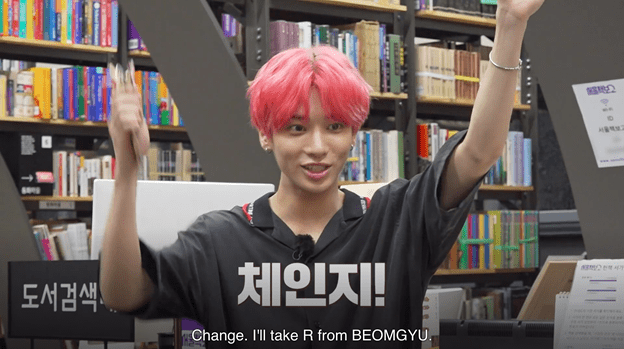 Why we love it: We love these individual challenges that have the TXT members on scavenger hunts! Not only is it prime for their usual bout of betrayal but it’s always interesting to see how each member will strategize.

It’s yet another second installment and this time, they’re at a large secondhand bookstore in Seoul. Now on their second task of the day, they need to solve the clues given to find specific books – these books will have clues leading to the winning word of the day. At the same time, they need to collect bookmarks hidden around the bookstore that contain letters – whoever can spell the winning word with their bookmarks, wins!

TXT soft chaos moment: When the members were using chance items they obtained in round one (episode 26) to steal each others’ bookmarks in order to win – you know, typical TXT betrayal tactics.

Also right at the last second, when Hueningkai found the missing letter and bolted to the front of the store so he could win – Beomgyu and Yeonjun moved so fast to stop him, and Beomgyu even tried to tackle him on the ground! 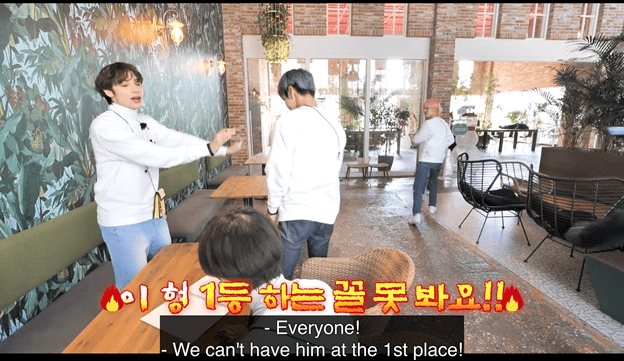 Why we love it: The members were betraying each other at every turn! The premise of their challenge was to find red and blue pens hidden around the restaurant, then use these pens to either increase their score (blue) or decrease the other members’ scores (red) by writing their names in the notebooks their staff had.

They could only write when they heard the signal – their song being played – and had to stop as soon as the music stopped too.

TXT soft chaos moment: Every time their scores were updated, they would immediately gang up on the member with the highest score even when alliances had already formed.

None of them cared if the member they were reducing points from was right there, watching as they repeatedly wrote their name down with a red pen. What is loyalty, amirite? 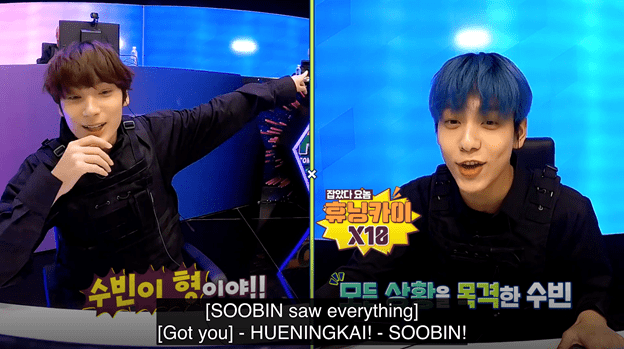 Why we love it: We love a good e-sports challenge! The episode was set up in a big game room with a desktop for each member (and socially distanced, too!), and two commentators to let viewers know what was going on amidst the chaos.

They first played Among Us and needed to vote on who the impostor was, and then they played the Bombs and Bubbles mode of Crazy Arcade where Soobin absolutely dominated.

TXT soft chaos moment: Soobin and Beomgyu were minding their own business, completing their in-game mission together. They run into Hueningkai and Beomgyu is killed instantly, sending even the commentators into shock!

Cue Soobin and Hueningkai immediately screaming and blaming each other so they don’t get voted the impostor – even though it really was Hueningkai!