Part soap opera and part family drama, Chesapeake Shores hails from the Hallmark Channel and has all the makings of the network’s originals: drama, romance, family ties, beautiful scenery, and all the feel-good scenes to fill your heart.

Chesapeake Shores premiered in August 2016 with their two-hour pilot, reaching an impressive 1.942 million viewers! Throughout the first season, it became Hallmark’s “most-watched in the network’s history”. According to episode data from ShowBuzzDaily, the show has maintained its viewership volume over the succeeding seasons, leading to its continual renewal.

In this article, we tackle all of your pressing questions about Hallmark’s Chesapeake Shores – including an exciting announcement about the show’s future amidst the pandemic!

General questions on the series

What is Chesapeake Shores about?

Chesapeake Shores primarily follows the O’Brien family: matriarch Nell, her son Mick and his estranged wife Megan, and their five children Abby, Kevin, Bree, Connor, and Jess. Their eldest child, Abby, is at the center of the show as she suddenly returns to Chesapeake Shores after receiving a panicked phone call from her sister. She leaves her high-powered job in New York to return to her hometown to help her sister recover from potential bankruptcy.

Not only does Abby have to contend with the complexities of her family’s dynamic after being away from them for so long, not to mention navigate her recent divorce and two young daughters, but she must also deal with coming face-to-face with her former high school sweetheart and first love, Trace Riley. Chesapeake Shores wasn’t the only thing she left behind all those years ago, after all.

Who stars in it?

Abby O’Brien is played by Meghan Ory while her siblings are played by the following: Laci Mailey as Jess, Emilie Ullerup as Bree, Brendan Penny as Kevin, and Andrew Francis as Connor. Rounding out the O’Brien family are Treat Williams as patriarch Mick and Diane Ladd as his mother and family matriarch, Nell.

Abby’s childhood love is played by the ever-handsome Jesse Metcalfe. His character Trace Riley is a musician, which is fitting for Metcalfe as he’s a musician and songwriter, too.

Is Chesapeake Shores based on a book? Who wrote the books?

Yes, Chesapeake Shores is based on a series of novels of the same name written by Sherryl Woods, who has more than a hundred romance and mystery novels to her name! In her Chesapeake Shores series, the first novel was published in 2009 and the last in 2017, with 14 novels in the entire lineup.

What is the Chesapeake Shores opening song called? And who sings the theme song?

In the first season of Chesapeake Shores, the opening song was “Coming Home Soon” by Adam Woodall Band, a song from their Silver Ring album first released in 2005.

Did they change the intro song?

They did change the intro theme song and from the second season onwards, the show’s opening credits played out to “Home” by Daughtry, from their album of the same name released in 2006.

Why did they change Trace’s dog?

In the pilot episode, Trace establishes immediately that he has had his dog, Axel, for at least 10 years. However, eagle-eyed fans noticed that Axel changed breeds from a beautiful golden retriever in the pilot to a (equally beautiful) German shepherd from the second episode onwards.

There was a lot of speculation like that Trace had suddenly needed to get a new dog, but it was actually more of a behind-the-scenes issue that led to the change. In a Facebook exchange on the show’s official fan group, executive producer John Tinker (under his online pseudonym Nunnaya Beeswax), gave this statement:

“Sweet dog that it is, the Golden was not very attentive and was easily distracted and so was replaced when it came time to do the series. Ace (Axel’s real name) is a wonderful, alert, intelligent German Shepherd. He’d have to be; when he’s not acting on CS, he’s a working, bomb-sniffing canine!”

As previously mentioned, Jesse Metcalfe is a bit of an accomplished musician like his character on the show. He did, in fact, write a few of the songs used throughout the series, and even performs some of them himself! 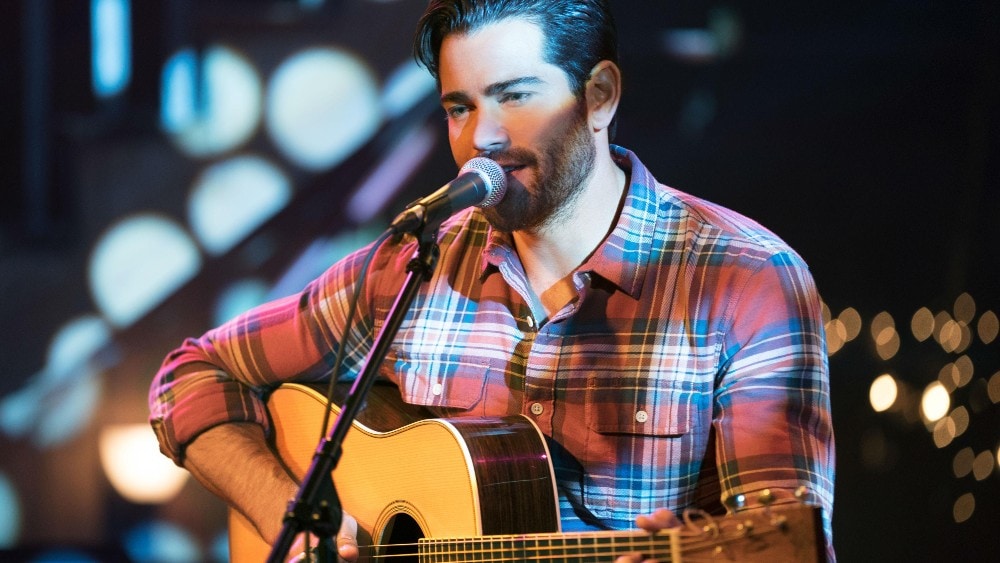 Is Chesapeake Shores a real place? And where is it supposed to be located?

Not to be confused with Chesapeake, Virginia, or the Chesapeake Bay, Chesapeake Shores is actually a fictional town that’s supposed to be on the east coast in Maryland.

How many Chesapeake Shores seasons are there?

As of writing, Chesapeake Shores has four seasons under its belt, the latest of which premiered in August 2019.

How many episodes are there?

With nine episodes in season one, ten episodes each in both the second and third seasons, and six episodes in the fourth, the total comes out to 35 episodes so far.

What season is Chesapeake Shores currently on?

The Chesapeake Shores team is currently in-between seasons, having wrapped up its fourth season roughly a year ago.

The future of Chesapeake Shores

Is Chesapeake Shores renewed or canceled? Will there be season 5?

Earlier this year in February, Chesapeake Shores was first reported to be renewed for its fifth season! In June, Hallmark released the official announcement via Twitter, stating that the show was “heading back to shore with an all-new season”.

When does Chesapeake Shores return on Hallmark Channel? Will season 5 air in 2020?

It’s unsure how far along into the season production had gone before everything stopped due to the pandemic but as of writing, the new season is still expected to drop in summer 2021, with ten episodes!

How to watch the show

Is Chesapeake Shores on Netflix?

Chesapeake Shores was removed from Netflix US, unfortunately, but is still available on the platform in other regions.

Is Chesapeake Shores on Hulu?

Is Chesapeake Shores on Amazon Prime?

Luckily, it is available on Amazon Prime – and all four seasons, too! Amazon offers the opportunity to watch it via the Hallmark Movies Now subscription (that also has a 7-day free trial). Otherwise, you can purchase each season separately.

Where to watch Chesapeake Shores:

How to watch Chesapeake Shores in Canada?

Apart from what’s mentioned above, if you’re in Canada you can watch Chesapeake Shores on Hallmark Channel Everywhere, iTunes, and Vudu. It also premiered on Canada’s W Network.

Are there Chesapeake Shores DVDs?

Absolutely! You can purchase complete DVD box sets either from Amazon or from the Hallmark store itself.

Can I watch the show for free?

Wherever you can find Chesapeake Shores online, you’ll need to purchase a subscription (unless you can finish it within your free trial, of course!). However, it’s definitely a show worth paying to watch!

What town is Chesapeake Shores filmed in?

The primary filming location for the series is on Vancouver Island in British Columbia, Canada.

Where is the Chesapeake Shores O’Brien house located?

According to the Vancouver Island tourism website, the O’Brien family house is located at Rathtrevor Beach, Parksville. It’s a beautiful location with both shoreline and forest and is home to the province’s park and campground of the same name. 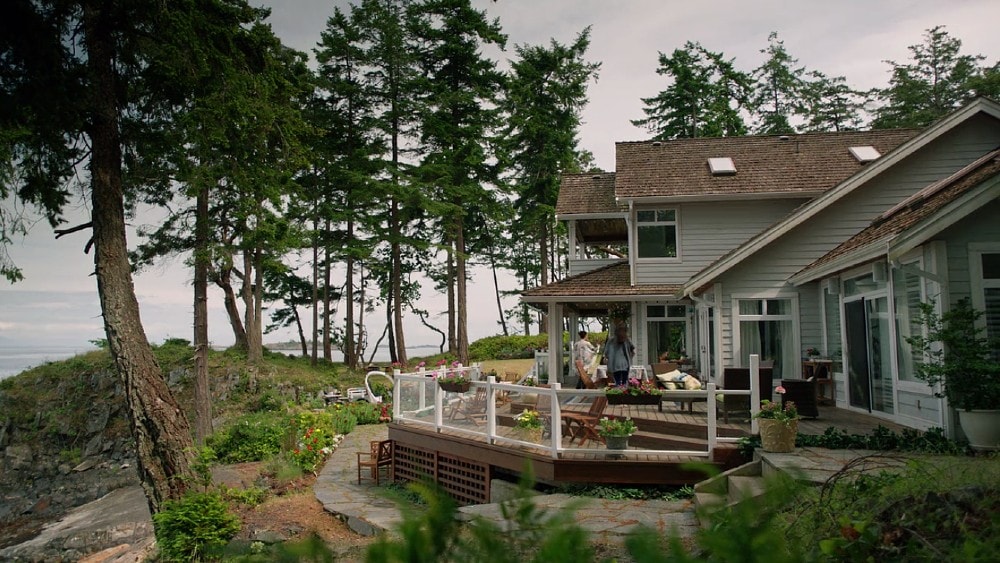 Where else is Chesapeake Shores filmed?

The same website above lists several other filming locations across the island for some of the show’s most popular locations.

These include Smithford’s Gifts and Bailey’s In the Village in Qualicum Beach (Chesapeake Shores Flower Shop and the Town Square Cafe, respectively), The Nanaimo Arts Council and The Vault Cafe as the show’s Art Museum and Austin Street, and Vancouver Island’s very own Fairwinds Marina at Schooner Cove in Nanoose Bay as the Chesapeake Shores Marina.

Check out the Vancouver Island tourism website for more iconic Chesapeake Shores filming locations to drop by the next time you decide to visit the beautiful island!

How did Chesapeake Shores season 4 end?

Even though it was the shortest season to date, the fourth season of Chesapeake Shores was still packed full of heartwarming family drama and ended on a somewhat high note for most of the O’Brien family, with major life decisions and changes coming in the near future.

Mick and Megan are relearning the ropes to navigate their rekindled romance and trying hard to avoid the mistakes they made the first time around. Kevin and Sarah also talk about their relationship and specifically, the idea of expanding their family with children.

Bree’s career takes off with a successful opening night and the news that her play will be making it to London as well, thanks to Brian, which makes her consider getting herself an agent. Even Connor will be starting on a new career path!

Meanwhile, though the arrival of city officials and a spat with the city hall almost completely derailed the grand opening of Jess and David’s new inn, it all works out – and ends with a marriage proposal. And that’s not the only relationship that’s taken a turn: though Abby seemed to be moving on with Jay, and Trace with Emma, this finale reveals lingering feelings between the former lovers – feelings that manifest in a kiss!

Abby the character isn’t pregnant, but actress Meghan Ory was! She was around in her third trimester when filming season 2, and her second child with fellow actor and husband John Reardon was on the way as season 4 premiered.

Does Abby get custody of her daughters on Chesapeake Shores?

Through grueling custody hearings and a slowly worsening relationship between Abby and her ex-husband Wes, Abby does eventually get custody of their two daughters.

The judge allows Abby to take the girls to Chesapeake Shores for the summer, and she and Wes must work out a visitation agreement between them. In the season finale, Wes decides the girls should live there and agrees to return to their old custody arrangement.

Does Kevin die on Chesapeake Shores?

Despite numerous deployments abroad as a former US Army medic – including one that involved a coincidence that ended with his best friend dying – Kevin survives to live out his life happily in Chesapeake Shores.

Why did Kevin and Georgia break up on Chesapeake Shores?

In season 1 we all met Georgia, Kevin’s then-fiancee whom he had met while in Afghanistan. Though she did her best to help him during his at-home recovery, their relationship eventually ended when Kevin realized he just wasn’t ready to leave with her to start they life they had planned in Daytona; that he wasn’t ready to be a husband.

Did Kevin and Sarah get married on Chesapeake Shores?

Thankfully, Kevin did eventually find someone he wanted to settle down with in Sarah. Kevin proposes amidst a beautiful backdrop in the season 4 premiere. 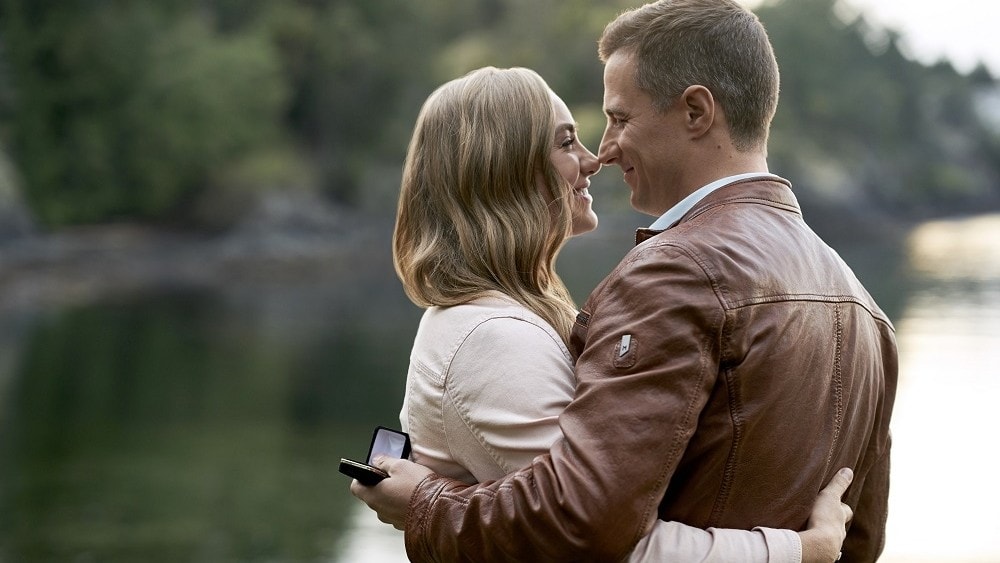 And despite the O’Briens’ (over)eagerness to help in planning the wedding, the couple surprises them a few episodes later with the announcement that they got married at city hall.

Played by Gregory Harrison (Reckless, Trapper John, M.D.) in a recurring role from the second season onwards, Uncle Thomas is Mick O’Brien’s brother who is an environmental attorney, and who Mick’s son Connor eventually works for.

As a conservationist, he often butts heads with Mick when it comes to the protection and preservation of the O’Brien Family Trust and how to proceed with the development of the 100 acres. The dispute even goes so far as to involve lawsuits, dividing public opinion, and a city hall forum. Luckily, the two eventually settle their differences, both personal and professional.

What happened to Jess on Chesapeake Shores?

Chesapeake Shores began all thanks to Jess! Always an energetic go-getter, she bought a beautiful inn with the intention of turning it into her own bed and breakfast. Realizing the financial burden was over her head, she calls on her older sister Abby to come home and help her out of her latest crisis.

Eventually, as we see in season 4, she does manage to get the B&B up and running, and we’re looking forward to seeing her further grow it into a successful business!