So, a quick story. I grew up in a nuclear family, nothing too out of the ordinary, just my parents, myself, my older sister, and a few household pets. When we were kids, my sister and I would fight a lot (as sisters do) but now that we’re older and she’s stopped teasing me about literally everything, she’s my absolute best friend.

In any family, you’re bound to find some kind of dysfunction. I mean, we can’t all always get along, right?

Well, these shows on our list bring the relationship between siblings to the forefront so you can see just how annoying, dysfunctional, but downright amazing siblings can be! 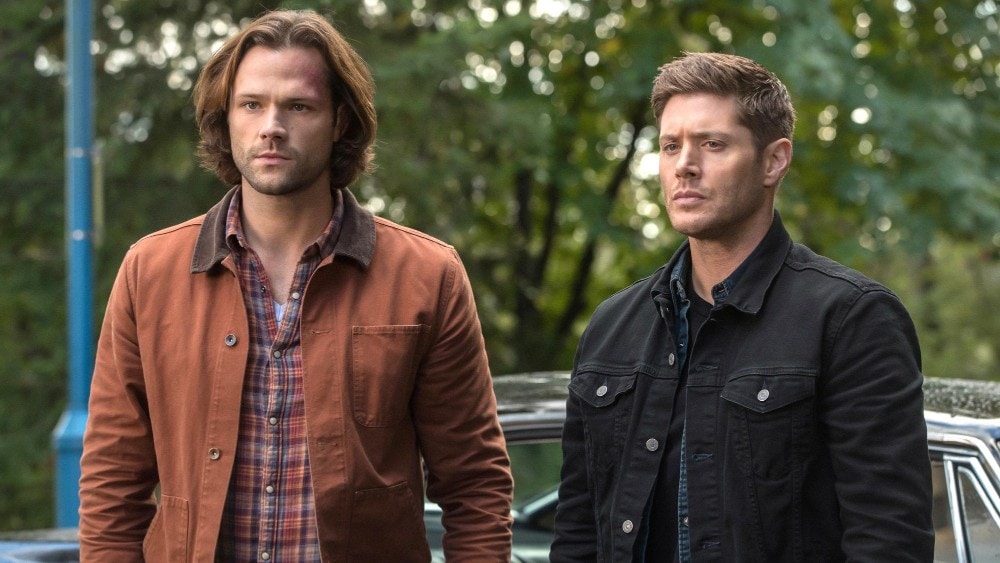 Supernatural, a show heavily influenced by many horror and supernatural staples in pop culture, had always been intended to be a show about family.

It primarily follows Sam and Dean Winchester, two brothers whose life mission it is to hunt all sorts of supernatural creatures from various myths and legends across the world. And can you imagine just how many they’ve encountered across the show’s 15 seasons!? Dean, the older of the two, is known to be a little more mischievous and immature while Sam is the voice of reason despite being younger (and is also the one more eager to have just a regular, human life). 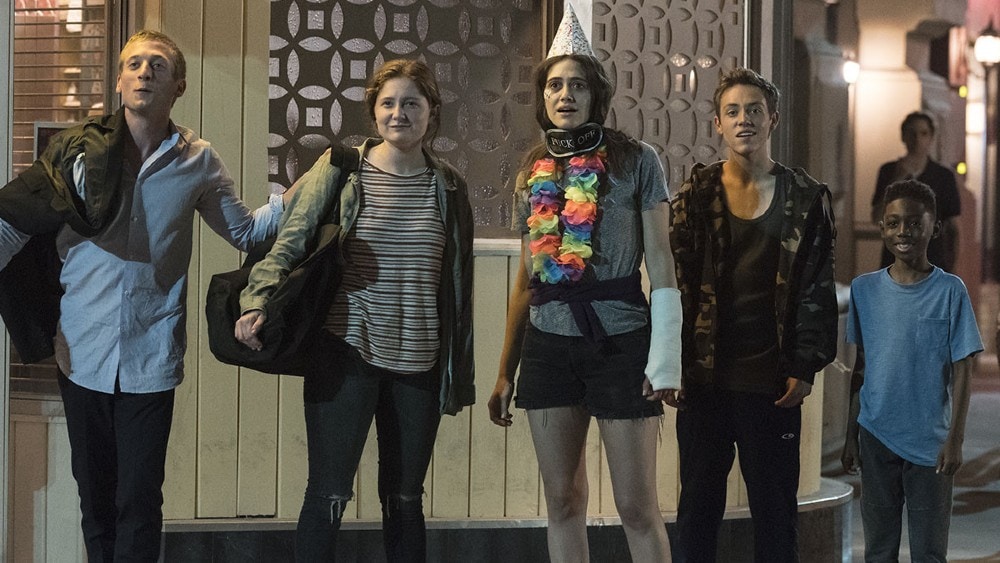 Showtime’s Shameless American adaptation is based on the British comedy series of the same name, and both series achieved great success in their respective regions.

The show follows Frank Gallagher, a single father struggling to raise his six children while battling alcoholism and living in poverty in the South Side of Chicago. The show’s darker undertones come through when the Gallagher family is affected by Frank’s alcoholism and drug addiction – which is pretty much all the time – and the eldest child, Fiona, is left to bear the responsibility of raising her five younger siblings. 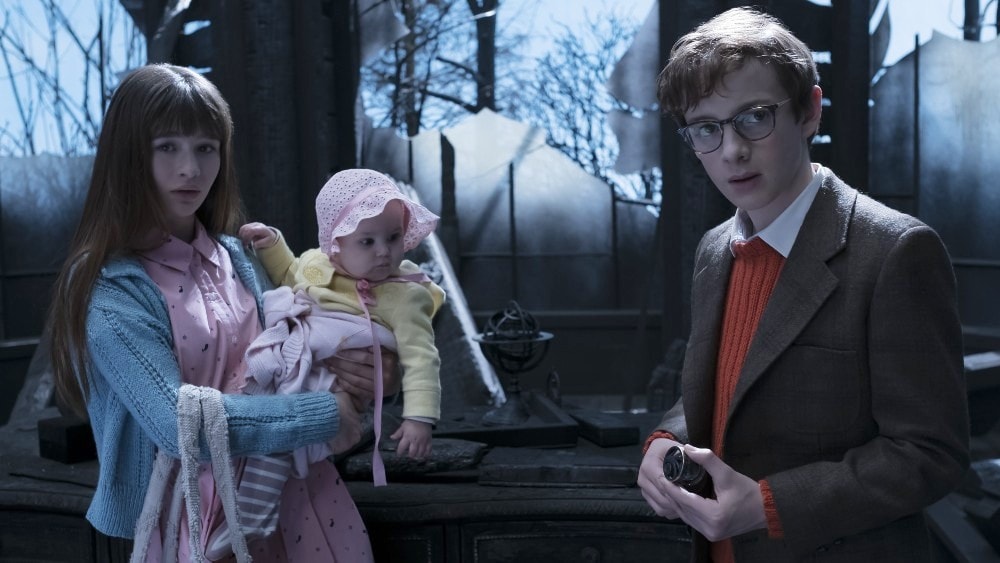 Violet, Klaus, and Sunny Baudelaire just can’t seem to catch a break. Known to those around them simply as “The Baudelaire Orphans”, the three siblings are left to fend for themselves following a tragic fire that burned down their house and supposedly killed their parents.

Violet, the eldest, is a mechanical genius and inventor. Klaus has a vast depository of knowledge due to his love for literature and books. And Sunny, although still an infant, has a full set of unnaturally strong teeth. They’re passed along to various foster homes, including that of the evil Count Olaf who continues to pursue them to gain their large fortune, and in the process, they also discover their parents’ involvement in a secret society. 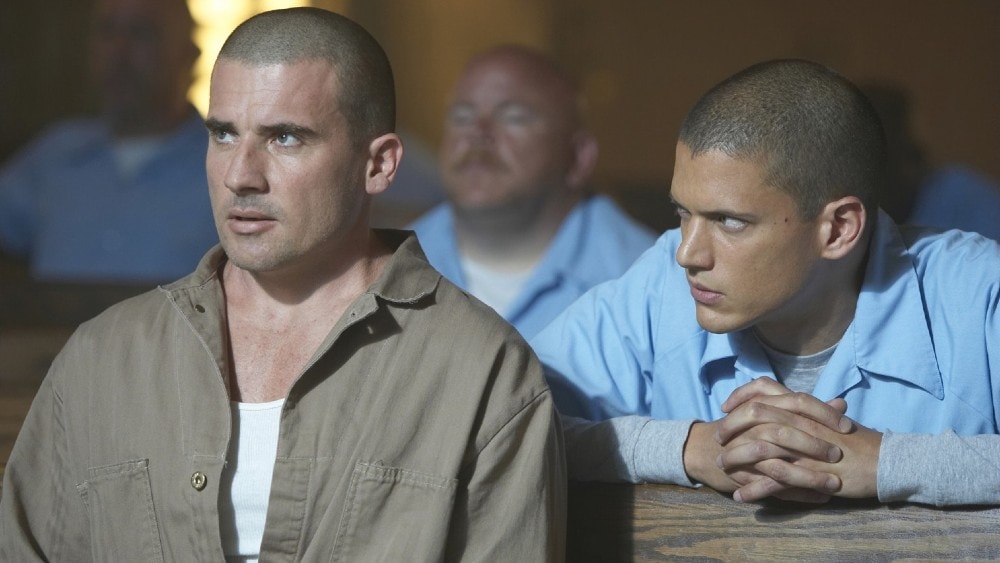 From a scale of 1 to Michael Scofield, how dedicated are you to your siblings? If your sibling was wrongfully convicted and you wouldn’t willingly get yourself thrown in the same jail as them, tattoo your entire body with the prison’s hidden blueprints, and formulate a complex plan to break both yourself and your sibling out, then you’re definitely not a Michael Scofield.

That’s exactly what he did for his brother, Lincoln, in the first season of Fox’s Prison Break, and the show’s subsequent seasons saw the brothers continuously running from the law and bringing down the organization that put Lincoln in prison in the first place. 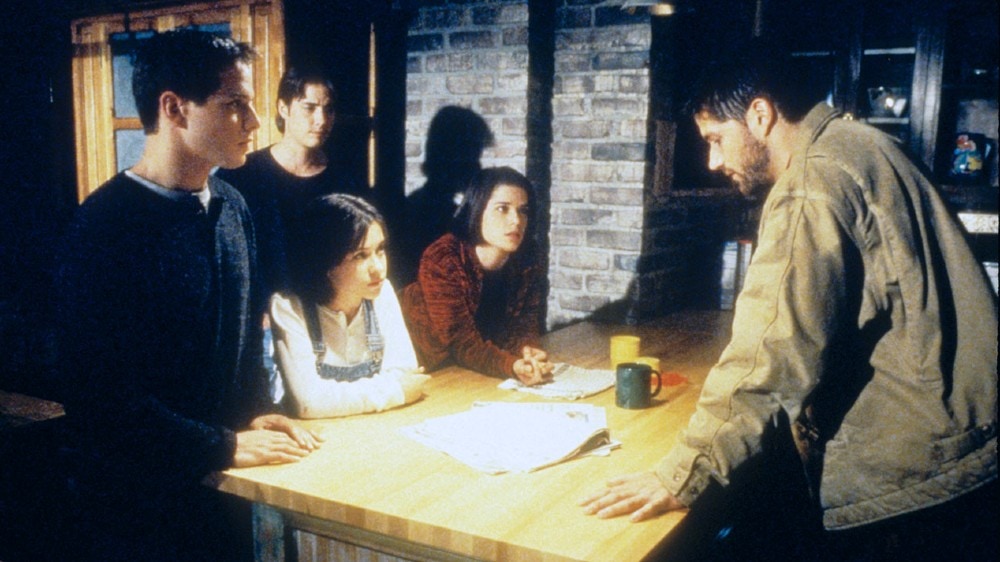 Like the previously mentioned Baudelaires, the five Salinger siblings have been orphaned after their parents were suddenly killed in a car accident caused by a drunk driver. Now on their own and left under the supervision of the oldest Salinger child Charlie, this “party of five” must take care of each other and take over the family restaurant.

Each of the Salinger siblings experiences different long-term effects of losing their parents with both Charlie and the second son, Bailey, struggling with the new roles of being the family’s caretaker. Throughout the show’s run, the Salingers also overcome difficulties with abusive relationships, alcoholism, and terminal illness.

Party of Five was rebooted in early 2020 with a similar plotline but was canceled after one season. 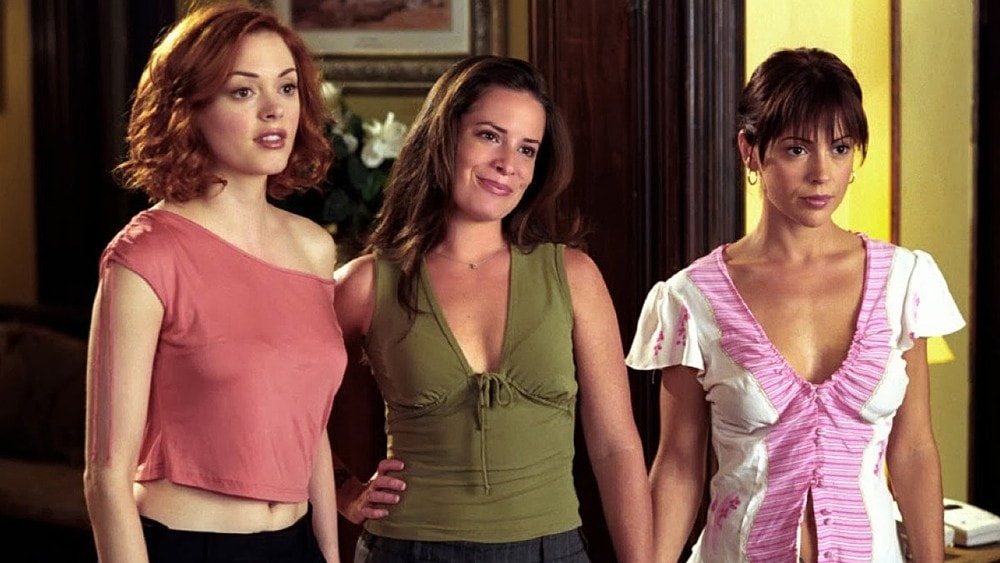 The Halliwell sisters Prue, Piper, and Phoebe (and later on their long-lost half-sister Paige) are what’s known as “The Charmed Ones”, a name given to the most powerful witches. They each have their own magical powers and together, using a special connection between sisters called the “Power of Three”, they protect the innocent lives around them while still trying to keep their powers hidden.

Prue has telekinetic and astral projection abilities. Piper can freeze surroundings and cause evil objects to explode. Phoebe has the powers of premonition, levitation, and empathy. And Paige can teleport both humans and objects.

Charmed was also rebooted in 2018 and was recently renewed for its third season, though with production delayed due to the pandemic-related shutdown. 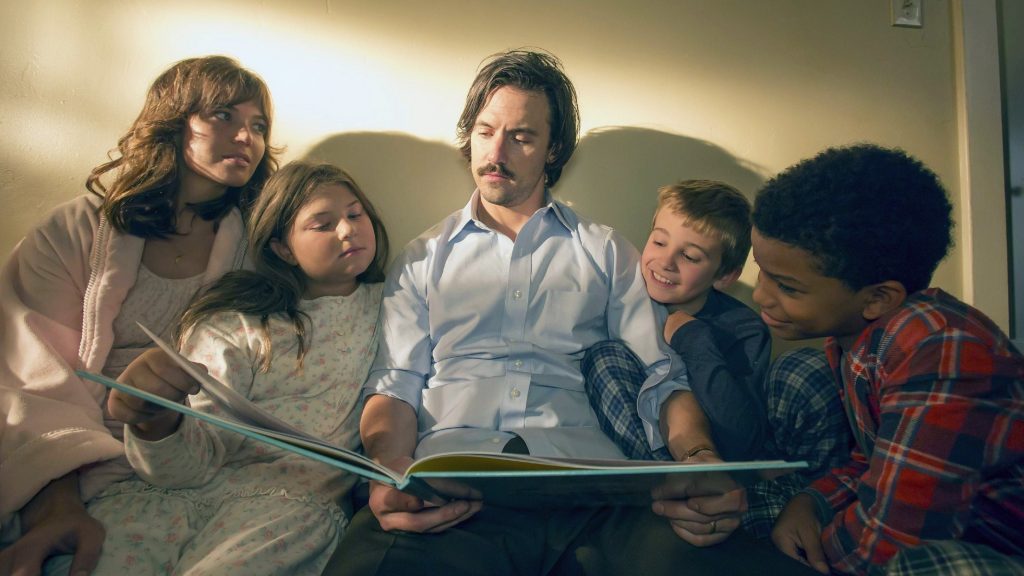 NBC’s This Is Us is a beautiful, sometimes uplifting, sometimes heart wrenching family drama about the Pearsons: parents Jack and Rebecca, their twin kids Kevin and Kate, and their adopted son Randall.

In constant flashbacks, the show chronicles Jack and Rebecca’s lives before and after starting a family, as well as events from their children’s’ childhoods that explain the profound effect these events have on their present. The present timeline, on the other hand, primarily follows the kids as they’re now adults – Kevin a successful actor, Kate a mother with a career in music, and Randall a finance professional with a family of his own. 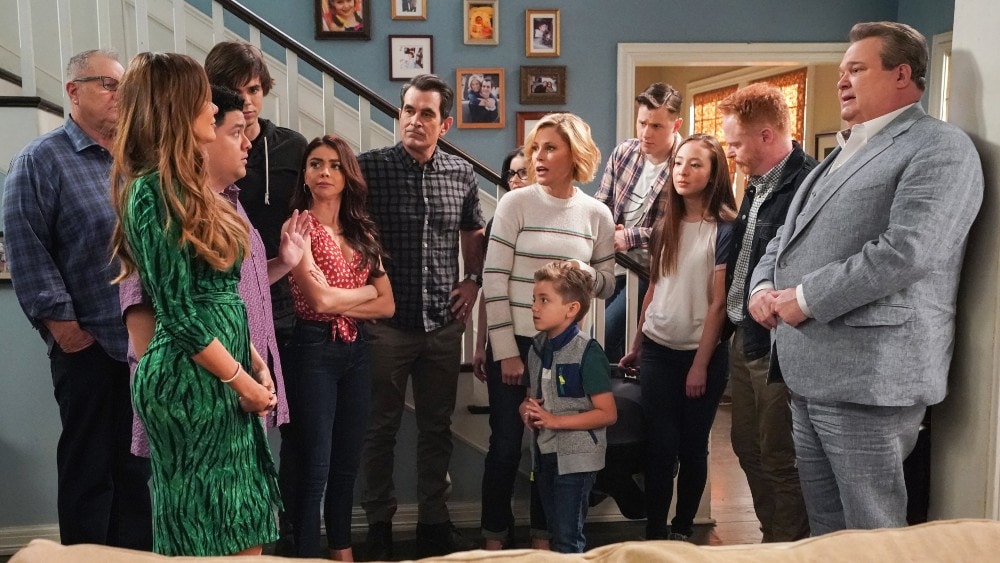 There’s three sets of siblings whose relationships we get to see unfold over 11 seasons: adults Claire and Mitch; Claire’s teenage kids Haley, Alex, and Luke; and finally, Jay’s adopted son Manny and his half-brother, Joe. Though there’s constant fighting between them, Modern Family shows that at the end of the day, nothing beats coming home to family. 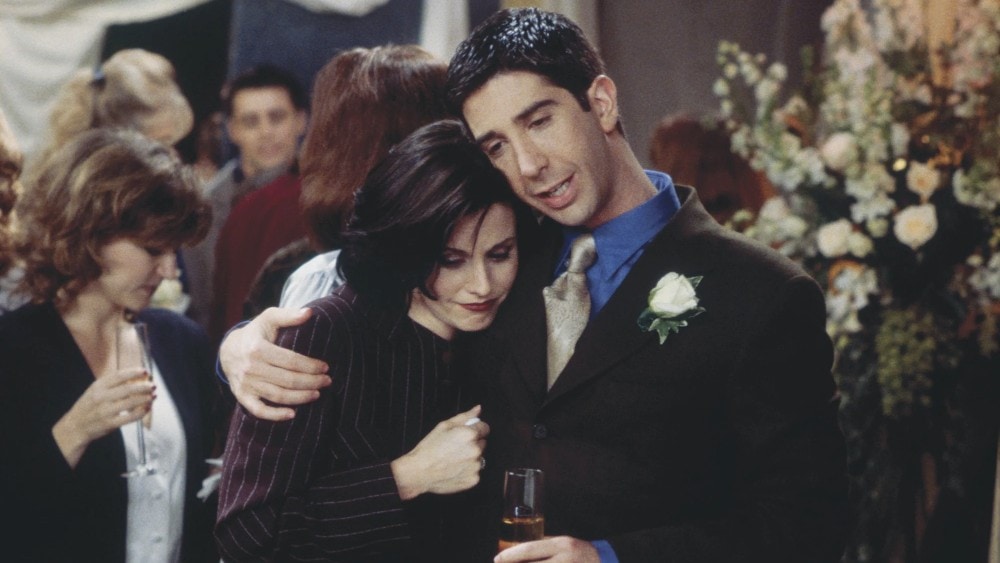 If you haven’t heard of or even seen an episode of this popular cult classic of a sitcom, what rock have you been living under for the past 25 years? Friends is about a ragtag group of mid-20s buddies living in New York City, all trying to get a hold of their life in terms of their love lives and careers.

Among this circle of friends are Ross (an insecure paleontologist) and Monica (a neat freak and a chef) Geller, a brother and sister duo whose personal relationship often gets tangled up in their separate lives – as well as that of their friends. 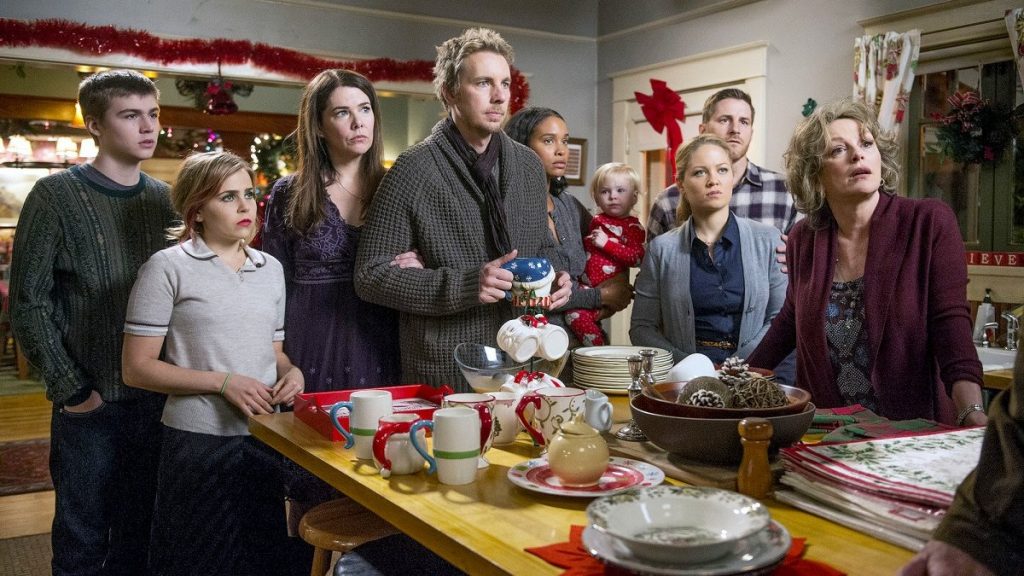 The Bravermans are the San Francisco family at the center of Parenthood, which was based on the 1989 film of the same name. Similar to Modern Family, Parenthood follows this multi-generational family that NBC describes as “very large, colorful and imperfect” – and very large it is!

At the head of the family are Zeek and Camille, they have four adult kids named Adam, Sarah, Crosby, and Julie, and each with families of their own. Through their kids, there’s a total of ten grandchildren by the series finale (one of whom is adopted, another is a step-granddaughter through Sarah’s husband, and an eleventh grandchild is on the horizon via another adoption). Oh, and a great-granddaughter as well! 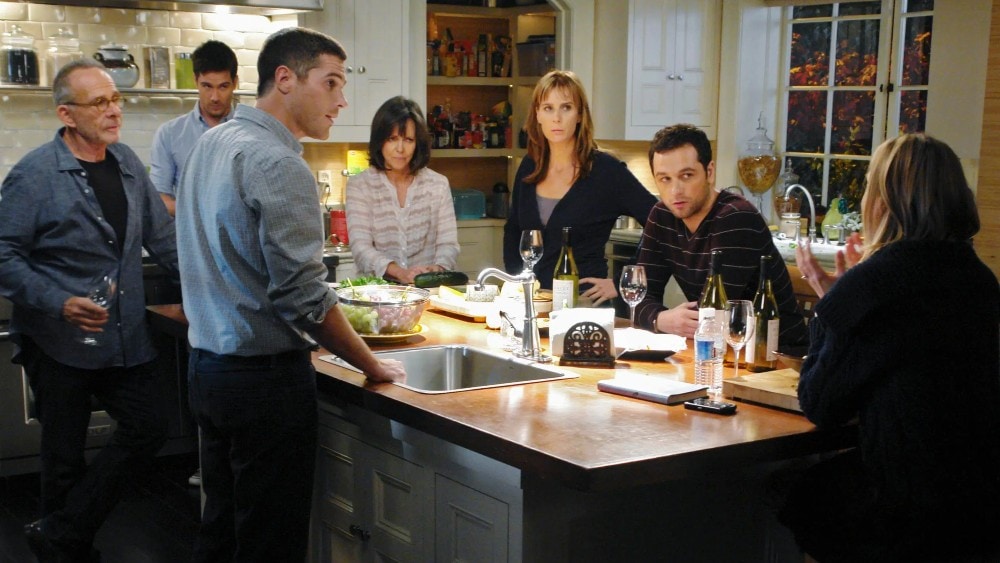 The Walkers are an affluent family and for the most part, are seemingly normal and all-around good people. It’s after the passing of their patriarch, however, that the Walker family secrets and drama suddenly come bubbling to the surface.

The now widowed Nora (eventually with the help of her brother) tries to keep her family together amidst revelations that her late husband was not only unfaithful but that his affair bore a daughter – who’s now a part of their lives and family. Nora’s five adult children lead different lives and though they have personal struggles, romantic relationships, and differing career paths, Brothers & Sisters shows that family means everything through the ups and downs. 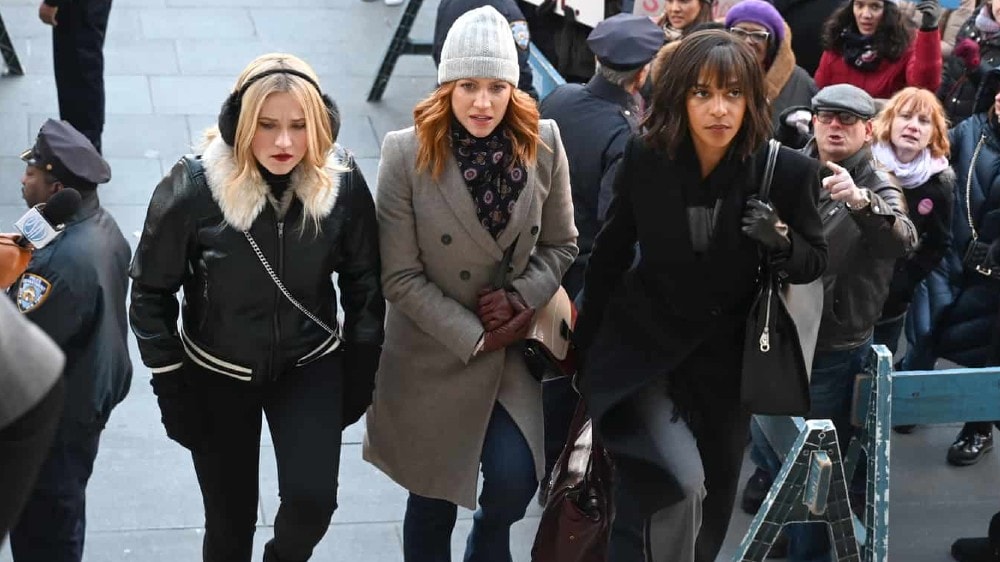 Fox’s Almost Family tells the story of a family that’s brought together under the most peculiar circumstances that you could think of. Julia Bechley is the only child of the renowned, prize-winning fertility doctor Leon Bechley. Well, she thought she was. Julia discovers that throughout his career, her father had been using his own sperm to father more than a hundred children through IVF – all without his patients ever knowing it. Big yikes.

Julia’s former best friend and criminal defense attorney Edie is actually her half-sister and quickly joining their family is Roxy, a retired Olympic gymnast. These three women slowly learn to accept each other’s’ presence in their lives as sisters, as well as other siblings that just keep coming. 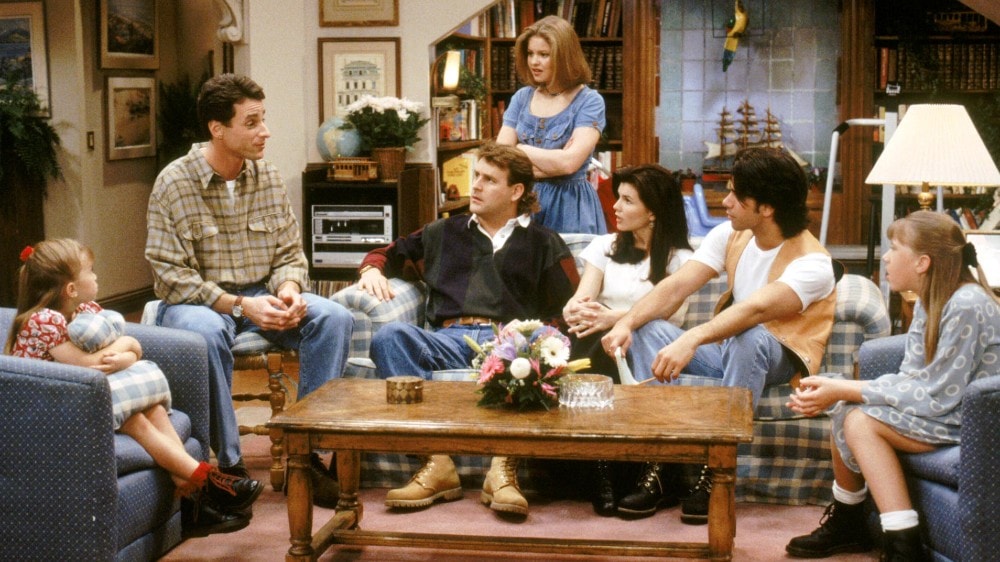 Danny Tanner is a recently widowed California man with three daughters and no idea how to raise them on his own. D.J. is the eldest and the most practical, serving as a guide for her two younger sisters. Stephanie is the middle child and eventually grew to be a bit of a tomboy known for her wit, sarcasm, and athleticism. Lastly, the youngest Tanner is Michelle, who was just a baby when her mom died.

To help him raise his daughters, Danny recruits his hair-obsessed, rock musician brother-in-law Jesse and his childhood best friend Joey, who’s also a stand-up comedian. Though neither of these men have any experience of their own in raising kids, they eventually form a close bond with each other, Danny, and the three Tanner kids. 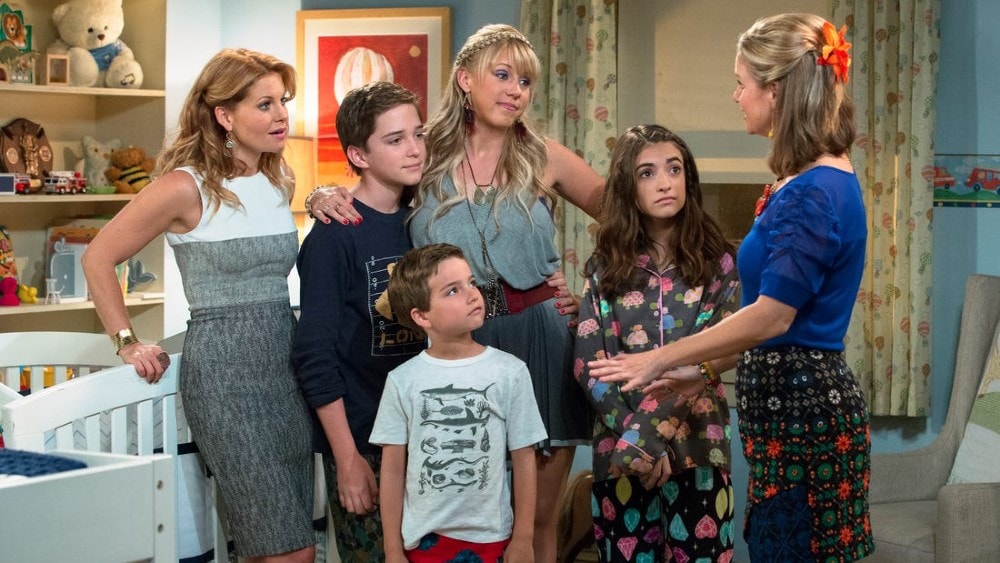 Netflix created the show’s sequel Fuller House, which actually brought back a lot of the original cast members in starring and recurring roles! The show now follows D.J. Tanner, newly widowed as well (that stroke of bad luck seems to run in the family!) and living in her childhood family home with three young sons.

Like her father before her, D.J. gets help from her childhood best friend Kimmy and her little sister Stephanie to raise her boys: Jackson, Max, and baby Tommy Jr. 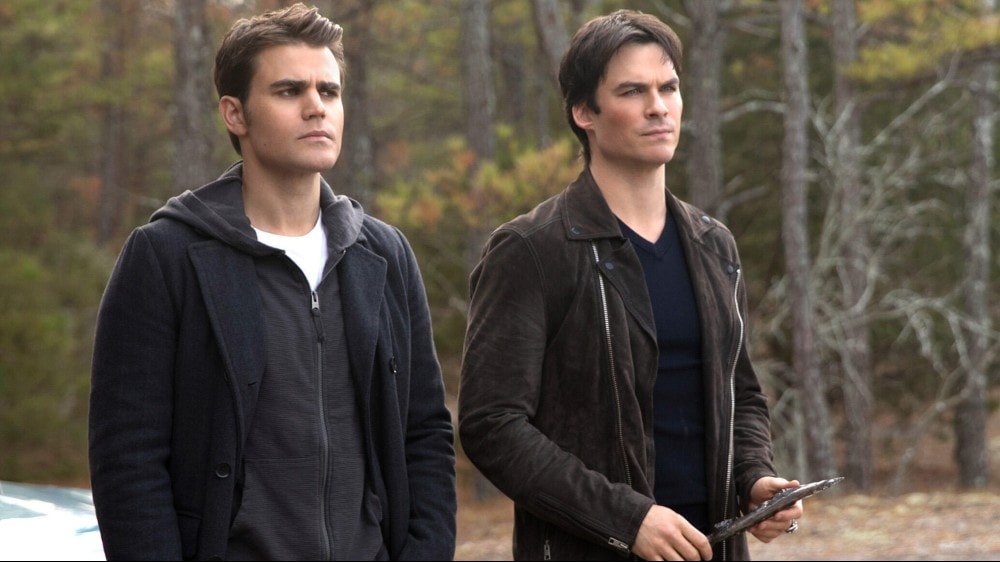 While The Vampire Diaries tells the story of a supernatural town filled with vampires, witches, werewolves, and hybrids living amongst regular humans, a lot of what happens is centered on the return of two brothers, Damon and Stefan Salvatore, whose personalities couldn’t be any more different.

Damon is headstrong and even manipulative, your typical bad boy vampire while Stefan is kinder and more affectionate. Their brotherhood is initially strained by events in their past (particularly with the circumstances surrounding their transformation into vampires) and present (like falling in love with the same girl), but that slowly changes as they both fight to keep their town and their friends alive.

If you ever want to watch a dysfunctional family, the Bluths from Arrested Development definitely fit right into that category. They were a very wealthy family until the patriarch gets arrested on fraud charges. Because of their luxurious lifestyle, most of the remaining family members have a hard time adjusting to the changes in their circumstances.

The Bluth matriarch is manipulative and critical of all her children: Michael is practical and just your straight-up normal guy; his twin sister Lindsay is materialistic, vain, and married to a man afraid of being nude; his older brother George Oscar is a failed magician; and his younger brother Buster is a genius momma’s boy who’s prone to panic attacks. It’s up to Michael to keep his family together and make sure they can live together in peace.