New TV shows is a given, as networks and streaming services alike try to top each other and bring us better and better TV shows. And, since 2018 has finally arrived, it means that this is the perfect time to look back on this past year and determine which series were my favorite new TV shows of 2017.

A little disclaimer before we get started. For this article, I will be looking only at shows that began airing in 2017. On top of that, since this is a favorites article, all the opinions expressed in it are my own and therefore might not be in line with what the critics are saying. So, if you see that I haven’t mentioned some of this year’s most critically acclaimed shows, it’s because I either haven’t seen them yet or they didn’t make my favorites list.

Okay, now that the little disclaimer is over, let’s dive into which of the new TV shows that premiered in 2017 were (and still are) my favorites. 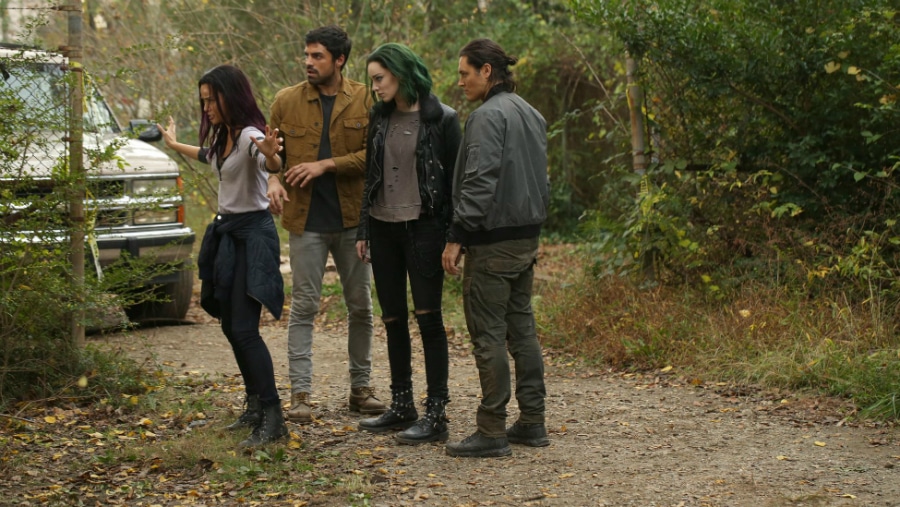 When it comes to my favorite new TV shows of 2017, The Gifted definitely is at the top of the list. And for good reason, the show is simply amazing.

Even before The Gifted premiered, all the promos and publicity around it intrigued me, because the premises of mutants on the run sounded pretty good to me. But once I actually saw the first episode of the show, I was sold!

Ever since then Monday nights, when The Gifted airs on Fox, have become my favorites. And all the episode that have aired have brought something interesting to the table un further built the crazy world that this show is set in. On top of that, The Gifted also isn’t afraid to deal with issues that are extremely relevant right now. And the cast of the show is awesome as well.

So, if I had to recommend one show from the new shows that have premiered in 2017, I would say check out The Gifted. Whether you like comic book-based shows or not, The Gifted has something for everyone. From family drama to action and a bit of romance sprinkled in as well. You won’t be disappointed after watching this show! 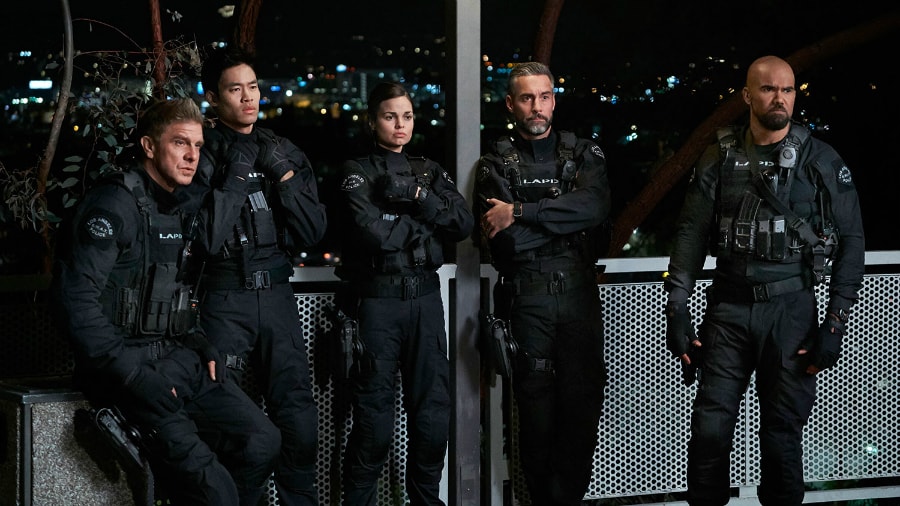 Another show that really surprised me in a good way and quickly took a spot on the list of my favorite new shows of 2017 is S.W.A.T.

This gem of a show has all the makings of a great TV show. From the amazing and badass cast to a ton of action, humor and, of course, entertaining storylines. Additionally, S.W.A.T. also often tackle many hot-button topics that are very current like police brutality, equality, and racism in a beautiful and respectable way. And each episode delivers action-packed scenes that could rival an action movie.

If you like cop dramas are a fan of action TV shows, like shows that dare to tackle issues that many of us face on daily basis or are just a fan of great actors doing great things, check out S.W.A.T. It truly is a great show! 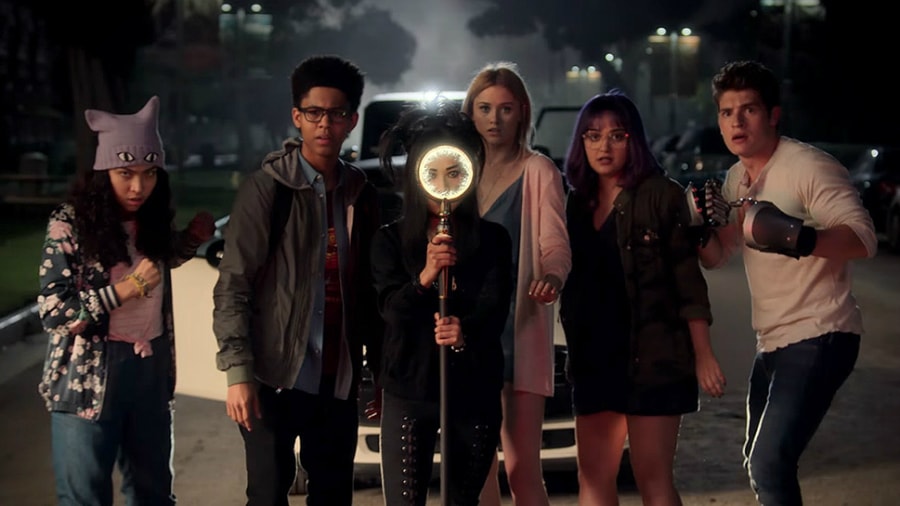 A bit of a newer find for this top new TV shows of 2017 list is Marvel’s Runaways. And although Runaways premiered just at the end of November, it still is a great show and made the 2017’s new show lineup that much better.

As with most Marvel shows it has superheroes and villains. But Runaways differs with the fact that this show centers on teenagers rather than adult heroes. Which gives the series a bit more grounded vibe, as well as a bit of that teen drama quality that is oh so popular. Yet, if you don’t like teen shows, Runaways also depicts the lives of the teenagers’ parents, since they are the villains of the story. As well as often shows many different family dynamics, that make the show feel very real.

Therefore, if you are looking for a show that has all that. Plus a show that features a diverse group of characters that come from various different backgrounds, yet that still manage to bond together and form a team. Then take a peek at Marvel’s Runaways. And you might be surprised at how good the show is! 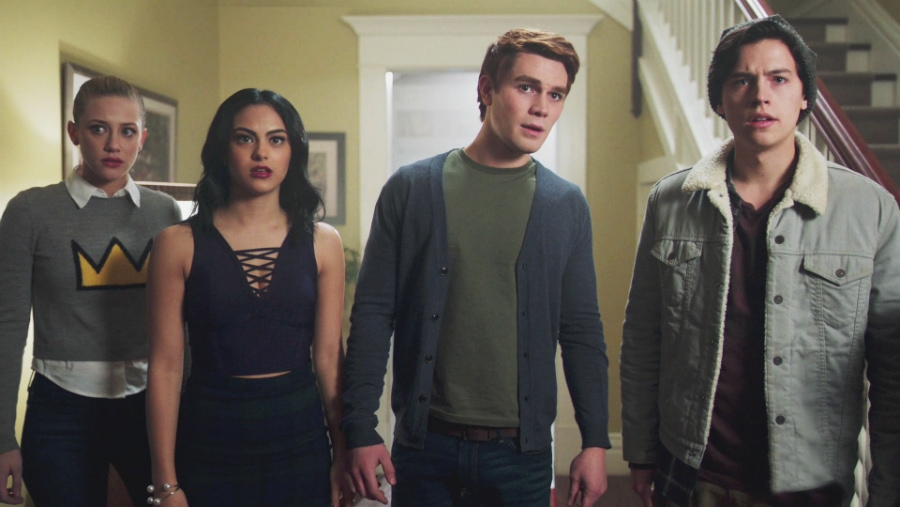 The fourth place on this list goes to Riverdale. I know what you are thinking – the show is already in its second season. But keep in mind, in this list I feature news shows from all of 2017. And believe or not, Riverdale made its debut in January of 2017. Crazy, right?

Why does this show deserves a spot on this list of my favorite new TV shows of 2017? Well, there are a few reasons. Firstly, despite the fact that Riverdale is part of The CW family, this show doesn’t shy away from delving into darker storylines like gangs, a parent murdering their child, serial killers and more. Secondly, the characters of this show are flawed in the best way possible. Because, although the characters might seem like stereotypes from the outside, they actually are far from it, each having layers that make them three-dimensional, real and relatable.

And thirdly, the show is just crazy enough to be extremely fun to watch and to keep you engaged episode after episode. And I am not talking about big action pieces here. More like storylines that are twisty and fast-moving, so you have to present to follow the plot. So if you want a show like that on your watch-list, give Riverdale a try and see how you like it! I loved it and you might as well. 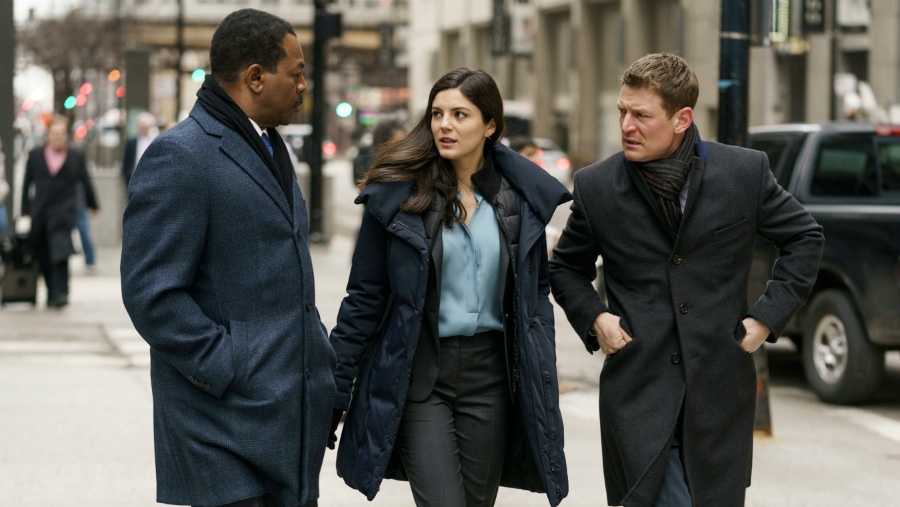 Even though Chicago Justice didn’t go past its initial first season, me being a fan of all the One Chicago shows, I still had to mention this one in this list of favorite new TV shows of 2017. Premiering on March 1, 2017, the show continued to run for only 13 episodes. But those 13 episodes were great and gave us an even deeper glimpse at the Dick Wolf’s Chicago franchise.

In true One Chicago fashion, this legal drama dealt with hard cases, Chicago politics and tension between many different parties. But what I liked the most about Chicago Justice was the ensemble cast that the show followed for all of it’s first and only season. The dynamics, the conflicts and the moral dilemmas the core characters often faced showed us all the hardships state lawyers and investigators face in their day-to-day lives. While the cases the team took on kept the episodes interesting and fun to watch.

No matter if you like the other Chicago shows, are a fan of legal dramas or just like interesting TV shows about real people, Chicago Justice might just be the show you were looking for. The best part, you can binge watch the show in a small amount of time. And you don’t even have to watch the other One Chicago shows to fully enjoy Chicago Justice and everything it has to offer.