Is there really anyone out there who doesn’t enjoy a nice, relaxing stay at a hotel? A comfortable bed, free housekeeping, one-call room service, delicious buffet breakfast, and just all-around excellent service – what’s not to love?

As with a lot of businesses in the service industry, as guests and customers we have no idea what really goes on behind the scenes that allows us to have these amazing experiences. I mean, do any of us really know what it takes to run and manage a hotel? I know I don’t!

And what about the dozens of other guests we encounter during our stay? We’re practically sharing the same experience with them but we know nothing about them – except maybe their cooking preference for their breakfast eggs and how many sugars they like in their morning coffee.

In this article, we’re exploring several shows set primarily in hotels that cover pretty much every aspect of the business!

Want to know the ups and downs of managing a hotel? Grand Hotel, Magic City, and The Golden Palace have got you covered.

Want an idea of how different a hotel’s guests can be? Room 104 it is!

Want to be forever traumatized out of staying at a hotel ever again? Well, American Horror Story: Hotel will do that for you.

So let’s kick it off this list of the best TV shows about hotels! 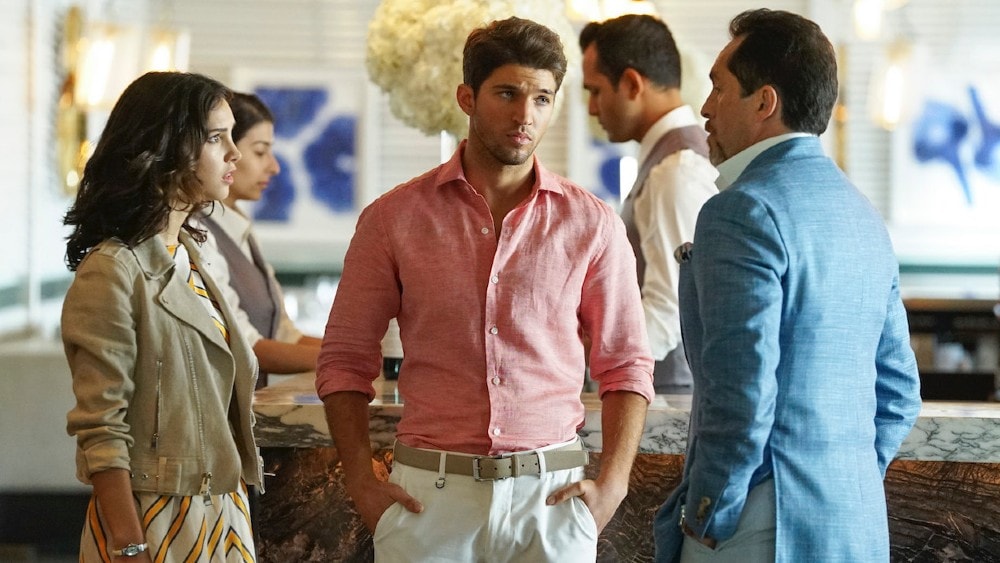 ABC’s Grand Hotel is based on the Spanish series entitled Gran Hotel.

Sadly, while the Spanish show aired for three seasons, its American adaptation was canceled by the network after just one.

The Riviera Grand Hotel is the last family-owned hotel along Miami Beach.

It’s owned and managed by Santiago Mendoza and follows his attempts to keep his business successful while his second wife, their children, and the hotel’s staff just seem adamant to cause as much scandal as possible.

While their guests are living in luxury at this resort hotel, all the secrets brewing beneath the surface constantly threaten to spill over. 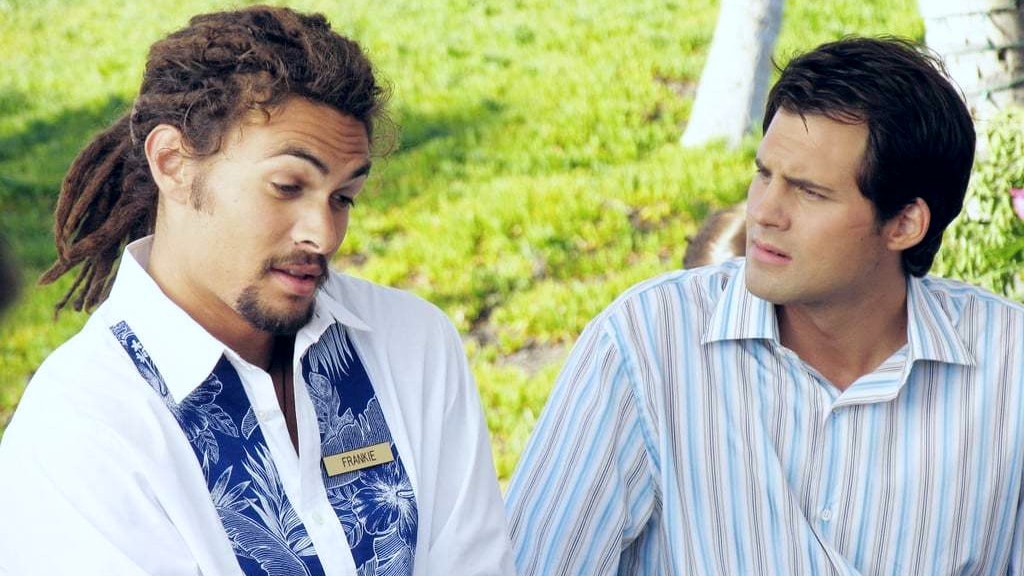 Before Jason Momoa was Khal Drogo and Aquaman, he played a supporting character in Fox’s primetime soap opera set in Hawaii, North Shore.

Like its predecessor on this list, North Shore was canceled after one season, with the plot ending on a major cliffhanger!

Jason is the manager of the Grand Waimea Hotel, a high-end resort on Oahu’s North Shore. He’s great at his job, at least until the sudden reappearance of former flame throws that into chaos.

The show follows the ups and downs of their professional – and later personal – relationship, as well as the lives of the hotel employees, their families, and even that of the business owners nearby. 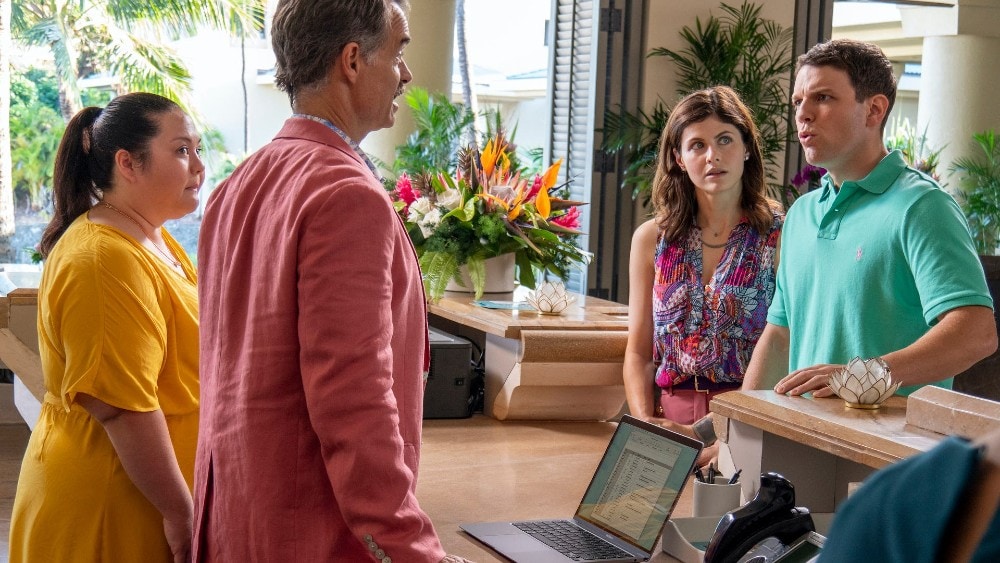 Tourism is one of the largest industries in Hawaii, which means that it houses many touristy places, including hotels. So, it’s no wonder that we have another Hawaii-set TV show on this list of best TV shows about hotels.

Since it is an anthology series, the six episodes of season 1 of The White Lotus unraveled the lives of the vacationers and personnel of the White Lotus Maui location.

While season two will delve into the stories of travelers and employees at a different White Lotus property. 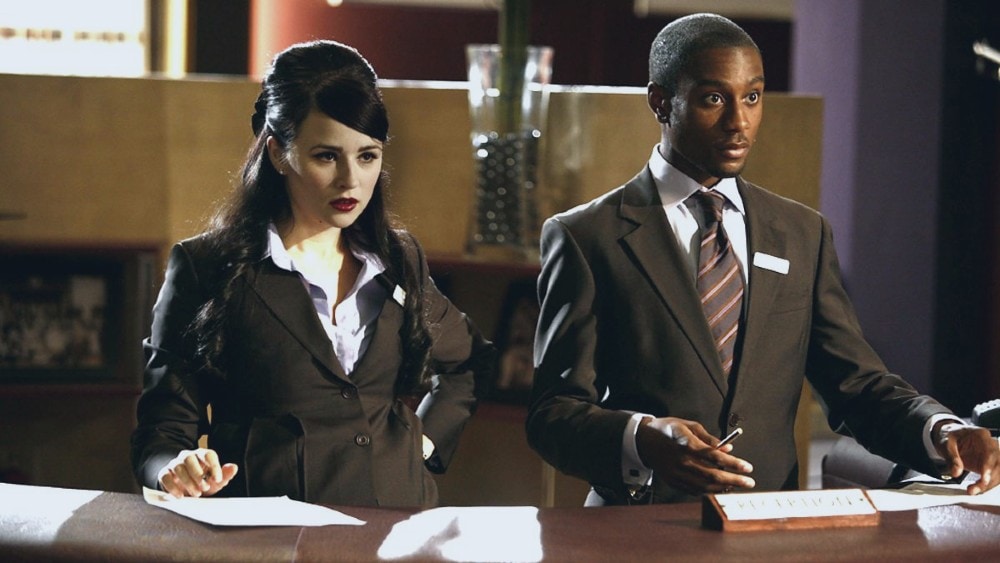 Hotel Babylon is a British drama series based on a novel of the same name that aired for four seasons (or series, as they’re referred to in British television) on BBC One.

It was canceled after the fourth series, which sadly ended on an unresolved cliffhanger.

The show dives deep into the inner workings of a bustling five-star hotel, going beyond the glitz and glamor we all see on the surface to show us the chaos that’s always brewing behind the scenes.

It closely follows the lives of the hotel’s employees, including the owner, general manager, receptionists, concierges, and the various department managers and their teams. 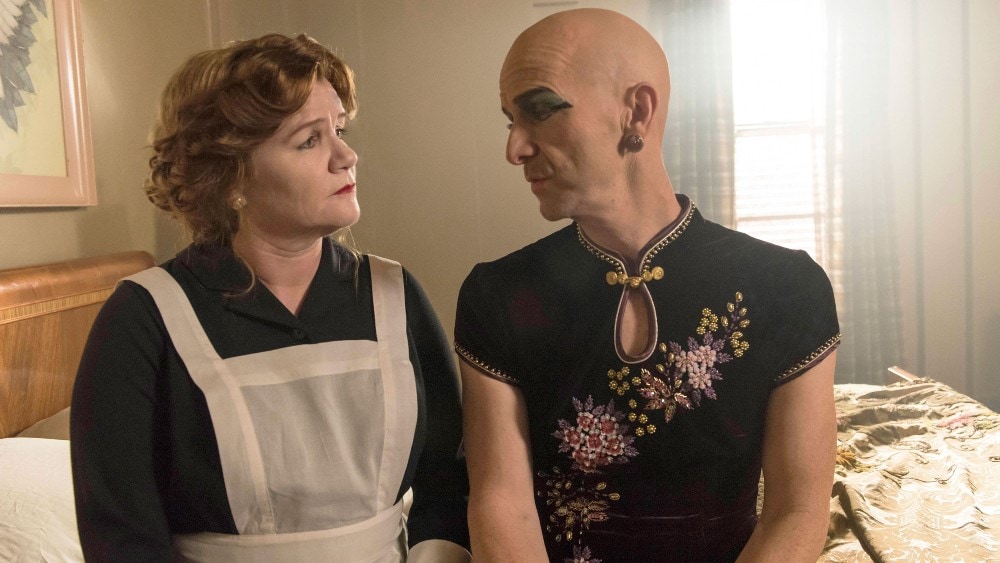 Likely one of the best horror anthology series ever, the American Horror Story franchise never fails in taking a common horror genre trope and turning it into a whole season’s worth of nightmare fuel.

AHS: Hotel, the fifth season in the anthology, takes an even darker turn and even has its setting based on various real-life, sinister hotels like the Cecil and the Murder Castle.

Killers and supernatural threats are a common theme in the franchise, with AHS: Hotel as no exception.

The hotel’s owner is a beautiful, vampiric creature who kills using a chainmail glove, and there are a few other serial killer guests at the hotel to look out for, too. 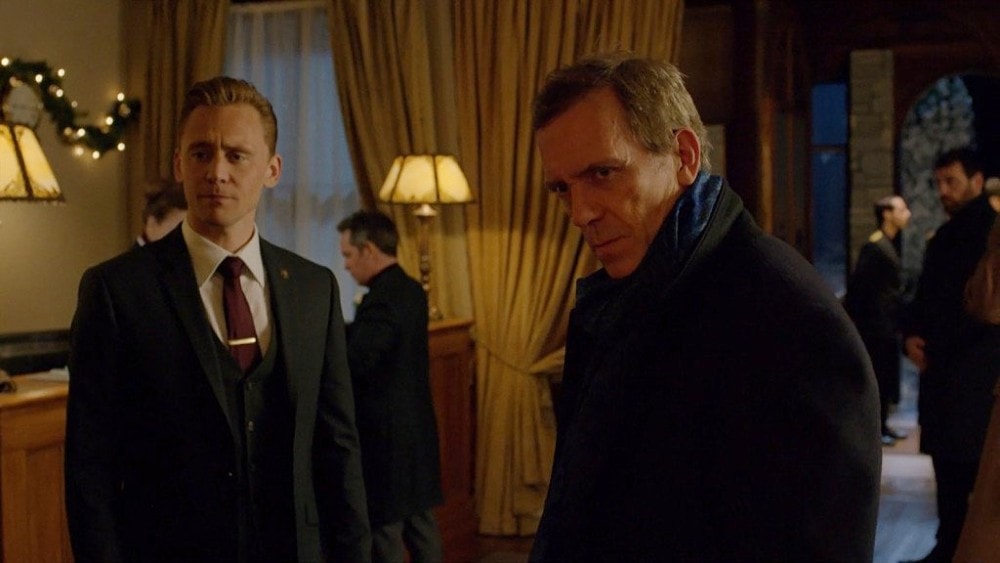 Though the first season of The Night Manager aired roughly four years ago, it looks like a second season is currently in the works!

A modern reimagining of the 1993 book of the same name, the six-episode British series aired in the UK on BBC One and in the US on AMC.

A slightly different take on the genre, The Night Manager instead focuses on one of the employees: Jonathan Pine, who is not only the night manager at a luxury hotel but also a former British soldier.

He soon gets recruited by an intelligence agency to infiltrate the inner circle of an international businessman who’s in the middle of the illegal arms trading business. 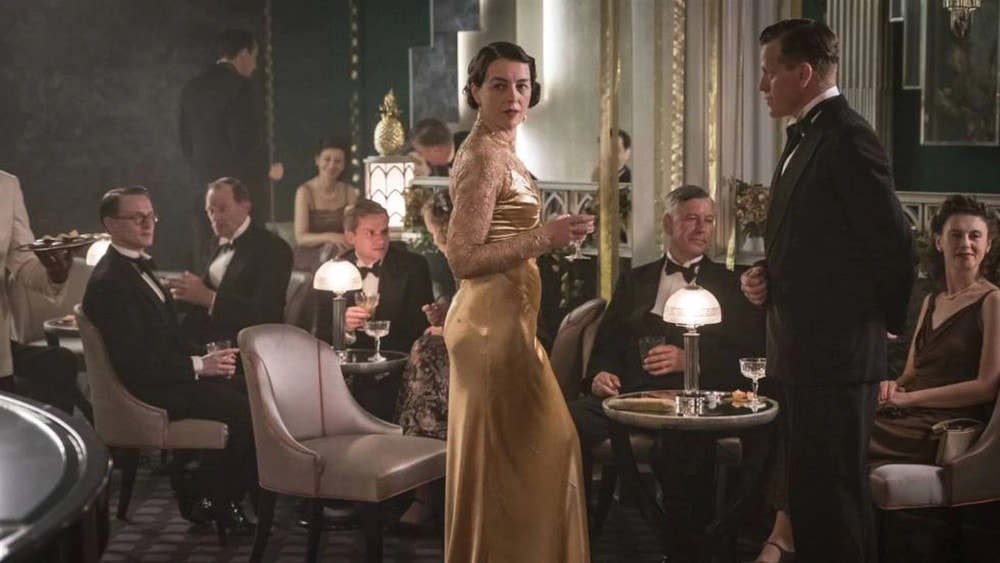 Set in the 1940s, ITV’s The Halcyon offers a unique look at the hotel industry through the lens of World War II.

The titular Halcyon Hotel is a five-star hotel located at the heart of London. And despite a war raging on outside the hotel’s walls, inside it, London’s elite enjoys a refuge from the real world.

But before long the staff and guests of the Halcyon, too, have to face the realities of the war. Because after all it’s 1940 and nobody can escape the ramifications of a world at war. 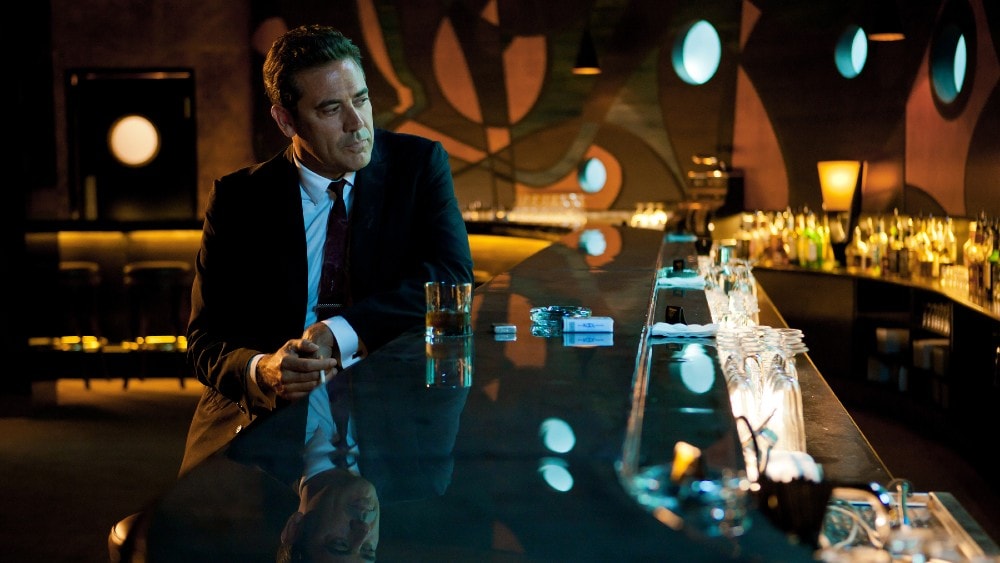 Then there is Magic City, a show starring Jeffrey Dean Morgan. It follows Morgan’s character Ike Evans who’s forced to strike a deal with a Miami Jewish Mob boss to keep the Miramar Playa, one of Miami Beach’s top resort hotels, afloat.

While the two-season, sixteen-episode length will allow you to binge the whole series fairly quickly soaking up all the glitz of the Miramar Playa. 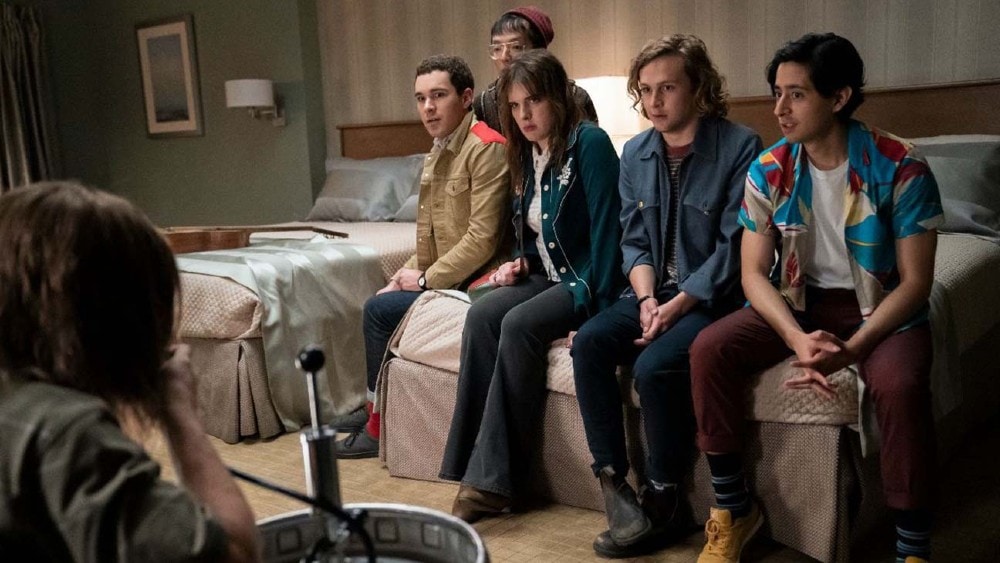 Remember when we said you never really know anything about the guests staying in the hotel you’re in?

Well, HBO’s anthology series Room 104 might just inspire you to create your own imaginative stories for your neighbors the next time you’re staying at a hotel.

Room 104 takes place in just that one, eponymous room at an American hotel, but each episode tells the story of a different guest who passes through the room – from their background story to their specific oddities and quirks.

Ranging from comedic to slightly horrifying, Room 104 is privy to everyone’s secrets – and now, so are you. 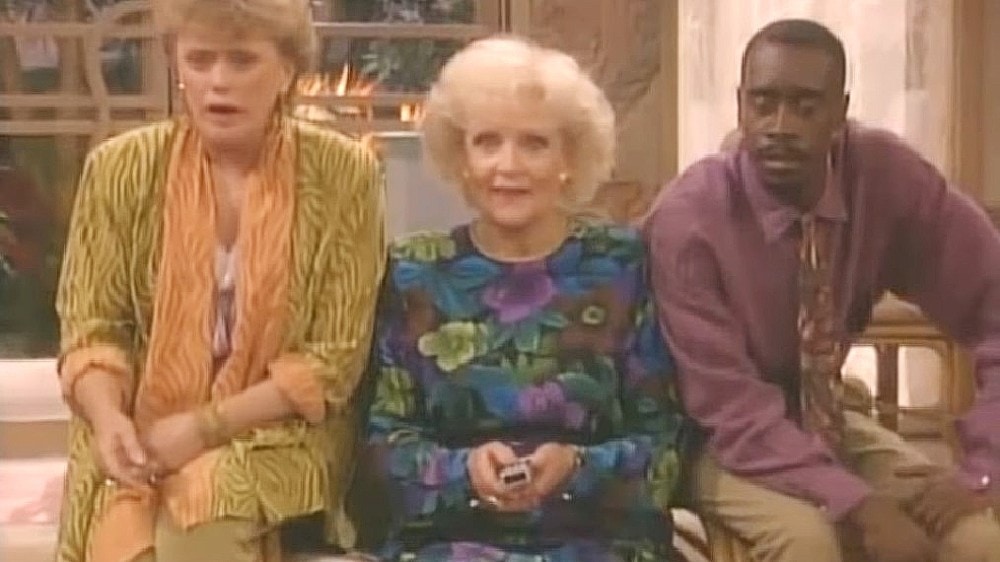 And to end this list on a lighter note, CBS’s The Golden Palace is a one-season spin-off and sequel to one of the most iconic sitcoms even to this day – The Golden Girls.

It picks up immediately after the end of its parent series, with the original Miami house setting being sold and only 3 of the 4 original Golden Girls remaining.

Sophia, Rose, and Blanche are now the owners of a Miami hotel! With only two employees, the manager and the chef, the three women are left to pick up the slack.

Throughout its single season, the show follows the Golden Girls’ interactions with guests, current and previous hotel staff, and some characters they encountered in the original series.