This year has been full of new TV shows and new seasons of returning series. So in honor of the end of the year, we thought that we should do an article on our top TV show finds of 2018. Most of them will be new shows. One will be a show that has yet to make an official TV debut but you can watch the first episode online so we will count it as a find of this year. And one show will be a returning series that we put on this list because we really got into the show only this year. So without further ado, here are our top 6 TV show finds of 2018. 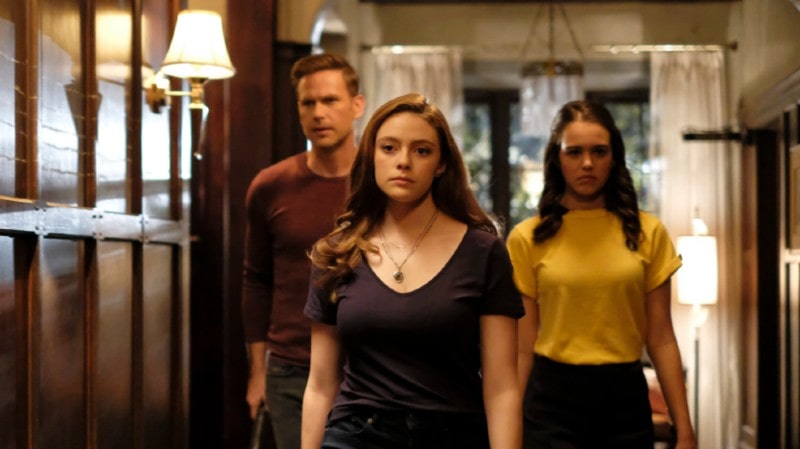 First up there is Legacies, the spin-off of the spin-off which is not only very entertaining but also very good.

Legacies was first rumored as the show’s mother series The Originals announced that the 5th season will be their last. And by the time The Originals drew to a close on August 1st Legacies was full steam ahead. Fortunately so, because the show turned out to be as good if not better than the shows that came before it – The Originals and The Vampire Diaries. It’s a fresh new take on the supernatural world that TVD set up. Lighter and funnier but still keeping some of the dramatic aspects that fans loved about its predecessors.

At the center of Legacies is Hope Mikaelson, the daughter of Klaus Mikaelson and Hayley Marshall. But really the show doesn’t have one main character. Because it also heavily features Alaric Saltzman and his twin daughters, Josie and Lizzie. As well as other residents of the Salvatore Boarding School for the Young & Gifted. Which makes the show more than just about teenagers and high school. The subtle (and sometimes not so subtle) references to past characters and events will be a treat to those who loved the other two shows in the franchise. While the monster of the week format and brand new set up will let you enjoy the show even if you are not familiar with the two shows that came before Legacies. So if you want a show that’s on the lighter side but still knows how to pack an emotional and literal punch, you should definitely check out Legacies. 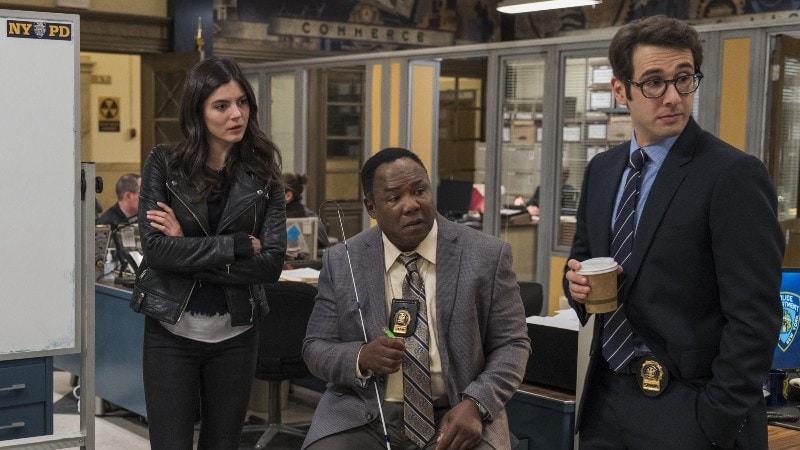 Next up we have a show from Monk creator Andy Breckman that breathed a new life into the odd-couple father-son story.

Although The Good Cop didn’t get a second season renewal from Netflix not being able to get enough traction before and after its September 21st premiere, it still deserves a spot on this list because it was a standout series among all the other cop shows that are currently airing. It featured a seemingly all-too-family setup – a father and son who couldn’t be more different paired up to solve crimes – but the execution was smart, unique and fun. A series that definitely was worthy of a second season if only more people tuned in.

The show revolves around the relationship between TJ Caruso and his father Tony Caruso Senior. TJ is a straight-as-they come NYPD lieutenant. While his father is an ex-cop who just got released from prison after serving seven years for corruption. And this kind of pairing in its own is full of comedic opportunity. But add a few more characters to the mix like Cora Vasquez, a newly minted detective working under TJ, TJ’s partner Burl Loomis who’s counting down the days until he can retire and their trusty analyst Ryan and you have a band of misfits that might just be the best homicide task force that the NYPD has seen. Therefore, if you want a fun, bingeable show to watch during your free moments, give The Good Cop a chance. It’s 10 episodes of smart crime solving and fun banter. 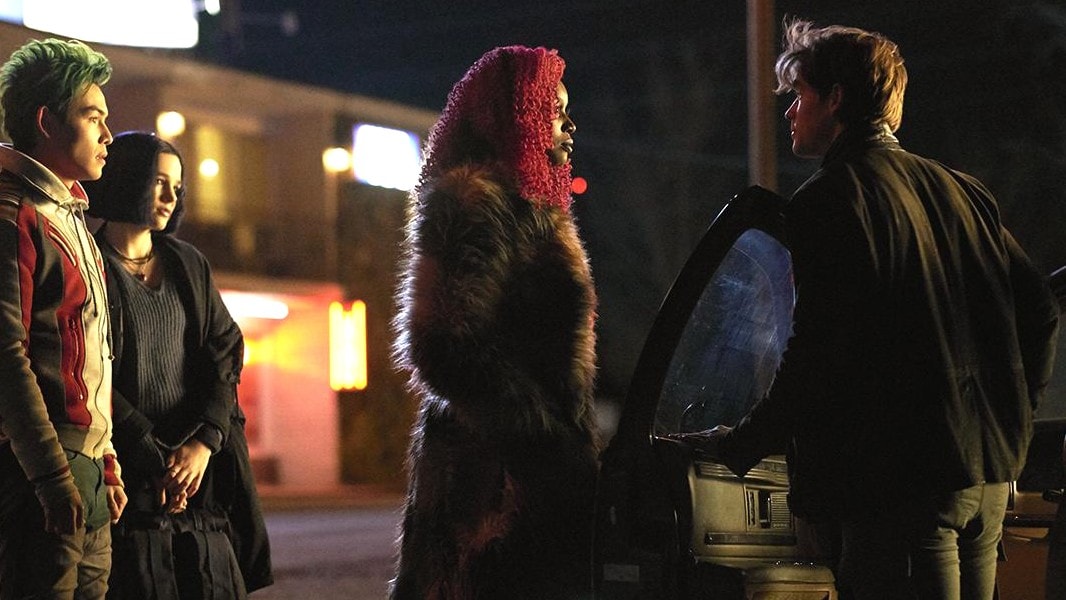 Then there is Titans, the DC Universe show that’s much darker than your standard superhero television show and wins because of it.

It was spring of last year when DC announced their plans of creating a brand new streaming service with completely original programming. And Titans was one of the first shows that the streamer was going to release. But it wasn’t until October 12 of this year that we actually got to see the first episode of Titans. And it was more on par with the DCEU movies than DC’s current slate of superhero shows airing on The CW. Which in Titans case is a good thing. Because it truly is dark and gritty and at times even gory. Something that true comic book fans deeply appreciate.

But possibly the best thing about Titans is that, although this show is about a group of superheroes known as the Titans (or Teen Titans), it doesn’t depict them as such. It is more of a dark origin story that tells us what being a vigilante really does to a human body and mind. At the forefront of the series is Dick Grayson, former Robin to Bruce Wynes’ Batman who’s slowly transitioning to becoming Nightwing. As well as Rachel Roth’s Raven, Gar Logan’s Beast Boy, and Kory Anders’ Starfire. With heroes like Dawn Granger’s Dove, Hank Hall’s Hawk and Donna Troy’s Wonder Girl also floating in and out of the episodes. And throughout the series, we see an unlikely alliance form between the heroes because they come together more out of necessity than will. Which is one of the biggest appeals of the show. And one of the many reasons why you should watch the first season of Titans. 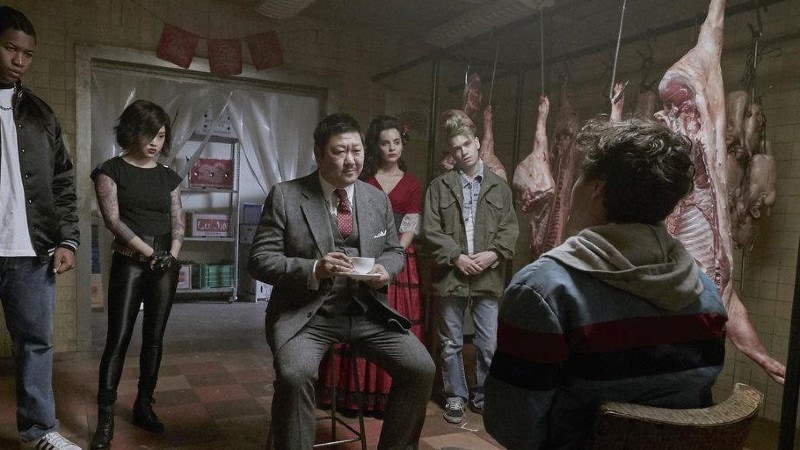 As we mentioned in the intro of the article, one of the shows on this list of top 6 TV show finds is a series that is yet to officially premiere. However, since SyFy released the pilot episode of the series online I will count Deadly Class as a find of 2018. Because really, it’s too good not to rave about!

SyFy is known to air shows that aren’t as prim and proper as those found on one of the big five TV networks. And Deadly Class definitely fits that bill. Because it’s in no way prim or propper. The series is based on a graphic novel of the same name by Rick Remender, who also is one of the creators and showrunners of the TV series. And among the executive producers are Anthony and Joe Russo. Which in its own gives the new show pretty big shoes to fill. But based on the first episode of Deadly Class, it seems that the series will be able to fill them easily. In fact, it’s so unique that it’s hard to compare it to any other show on TV. And this time it’s a good thing because Deadly Class is one show that should be in its own category of awesomeness.

The show is lead by Marcus Lopez, a homeless teen who gets offered to join Kings Dominion, a school of the deadly arts where instead of PE and science you’re taught how to maim and poison people. And since King’s is not your typical school, it’s student body and teachers aren’t either. Master Lin is the school’s ruthless headmaster whose grandfather founded the place. While Saya, Maria, and Willie are only a few of Marcus’ fellow students, each a member of their own gang or crime syndicate with secrets and reputations to uphold. And that is bound to get them all in hot water either with Master Lin or other students. So if you want to see all of that unfold, make sure you catch Deadly Class season 1 starting January 16th on SyFy!

The End of the F***ing World 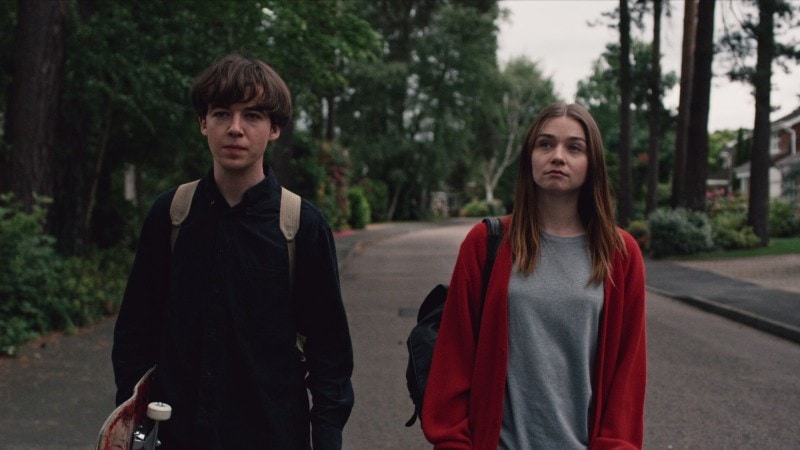 Second to last TV show deserving to be on this list of top 6 TV show finds of 2018 is another Netflix show, which did luckily get a season 2 renewal. And that it The End of the F***ing World.

Similar to Deadly Class, The End of the F***ing World is based on a Charles Forsman’s graphic novel by the same name. And it actually is a British series that first aired on Channel 4 and only later was released on Netflix for international viewing. But that only makes this show more endearing since it’s an odd mix of dark British humor, a classic coming-of-age story and a tale about first love. Throw in the indie-worthy visuals of the series and you got yourself one weird yet strangely addicting show that won’t let go of your attention until you have watched all eight episodes of it.

At the forefront of this show is James. A 17-year-old high school student who thinks he’s a psychopath and wants to prove this theory by killing his new classmate Alyssa. However, Allysa isn’t a pushover either, and instead of letting herself be killed by James she launches the pair on a journey of rebellion, crime, and twisted love. And although the conclusion of the first season of the show seemed pretty definitive, we have a feeling that the series’ creator Charlie Covell will find a way to continue telling this original and unique love story of the two teens. So if you want to see how he manages that then we’d suggest you binge-watch the first season of The End of the F***ing World on Netflix so you can be ready to watch what happens next once season two drops. 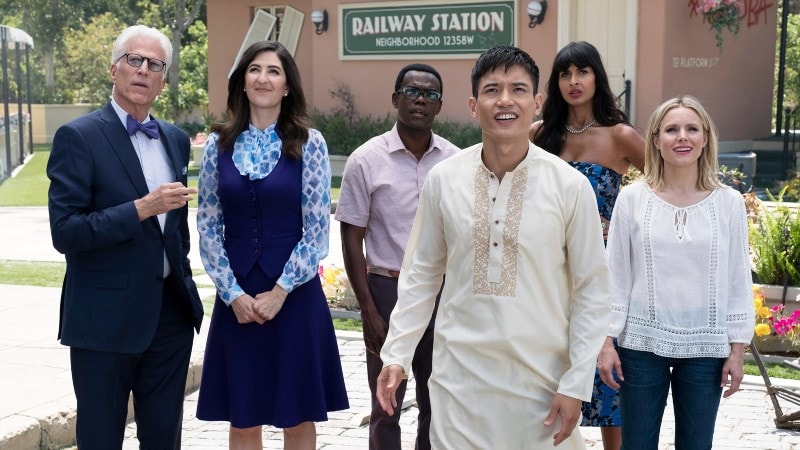 And finally, a show that’s been around since 2016 but that has to be on this list because we really started paying attention to it only this year it NBC’s The Good Place.

Conceived by Michael Schur, the co-creator of shows like Parks and Recreation and Brooklyn Nine-Nine, The Good Place has been adored by critics and loved by fans ever since the show premiered in fall of 2016. And it has only been uphill from there. Each season of The Good Place has been better than the last, with unexpected twists and turns that keep you on your toes and makes you shout “What happens next?” at the end of every episode. Add that to the fact that the show isn’t just entertaining but also explores important philosophical and ethical topics and you have yourself one remarkable series.

The main character of this fantasy comedy is Eleanor Shellstrop, a selfish woman who’s so set in her ways that it’s hard to even imagine her changing. Which is a problem because she’s in the good part of the afterlife by accident. However, once Eleanor is introduced to her fellow good place residents Chidi, Tahani and Jason, that all starts to change because Eleanor realizes that she actually wants to be a better, more ethical person. Which leads Eleanor and her group of antiheroes as well as all of us watching on a journey of funny mishaps, weird occurrences and trying to be better in everything we do. And with a premise like that, can you not give this series a chance?