The constant barrage of bad news can be exhausting. Oftentimes we ask ourselves, “Why does the bad news just keep on coming?” but also consider this: where would we be if we had no idea what was going on in the world?

That’s why journalists are such an important part of the global stage – they’re responsible for letting the world know what exactly is going on, both internationally and within their own backyards.

Journalists and field reporters in particular put themselves at risk on a regular basis just to provide us with accurate and up-to-date news and honestly, they deserve the highest amount of recognition and respect.

So we are honoring them the best way that we know how: by putting together a list of some of the best TV shows about journalists and reporters!

Hopefully, these shows provide a look – albeit brief and fictionalized – into what it’s really like in the journalism industry! 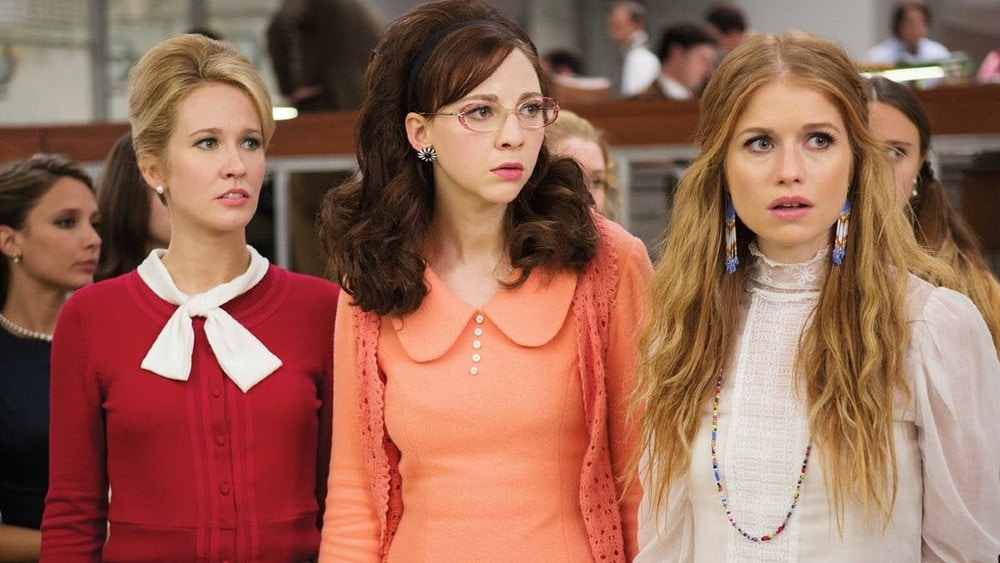 Starting off with a little historical fiction, Good Girls Revolt tells the story of the women working at the fictional News of the Week magazine in the late 1960s.

These women were researchers, writing the news stories that the male reporters would get the credit for. On top of that, they discovered just how large the pay gap was despite their carrying most of the weight. On the cusp of the rise of feminism, these brave women fight for change and rally for equality with a confidence and assertion never before seen at their publication – though without a few obstacles, of course. 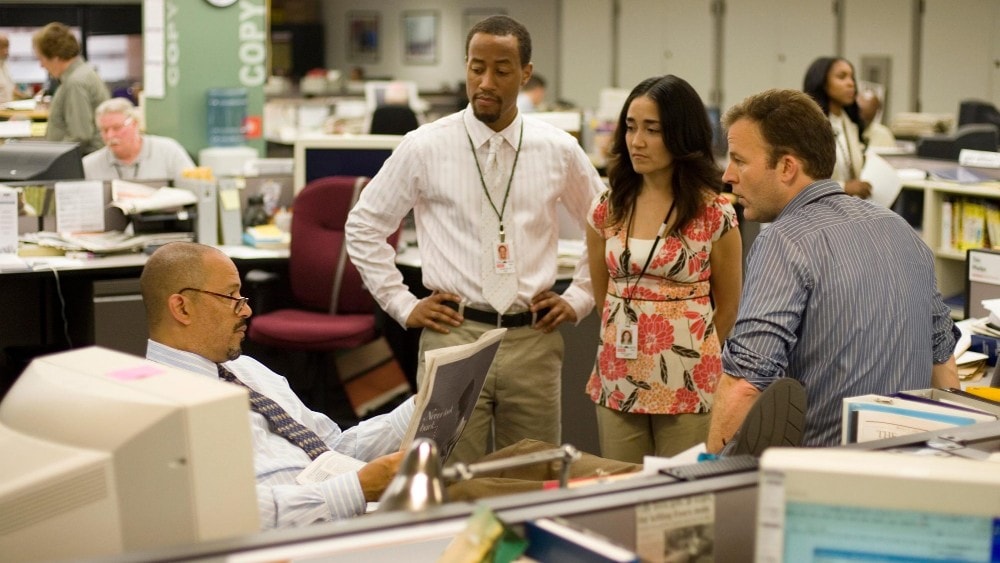 The Wire has become a bit of a cult classic since it aired throughout the mid-2000s, known for its bleak but realist tone prevalent throughout its run. Mostly a crime drama series, the show’s fifth and final season introduced a new setting: a fictional version of Maryland’s largest newspaper, The Baltimore Sun.

Some of the plot elements are taken from real-life headlines, and the fictional editor was based on a real reporter from the publication as well. This season focused on the media’s role in a city’s political landscape, following the difficulties of the newspaper’s staff as they attempt to tell the important stories amidst budget cuts and political power struggles.

Award-winning creator and producer Dick Wolf (best known for his Law & Order and the One Chicago TV franchises) was also behind this journalism drama, Deadline.

The series centered on Wallace Benton, the star columnist for the show’s fictional daily tabloid newspaper, New York Ledger. Now, if you’re a Law & Order fan, you might recognize this as the publication seen in many of the franchise’s episodes! Benton is not only a Pulitzer-winning reporter himself, but he also recruits students of investigative journalism to assist him in his quest to unearth New York City’s biggest secrets.

Sadly, despite many elements of the series borrowing from real life (the office buildings, Benton’s character and personality, and veteran reporters as consultants), Deadline aired for just one season. 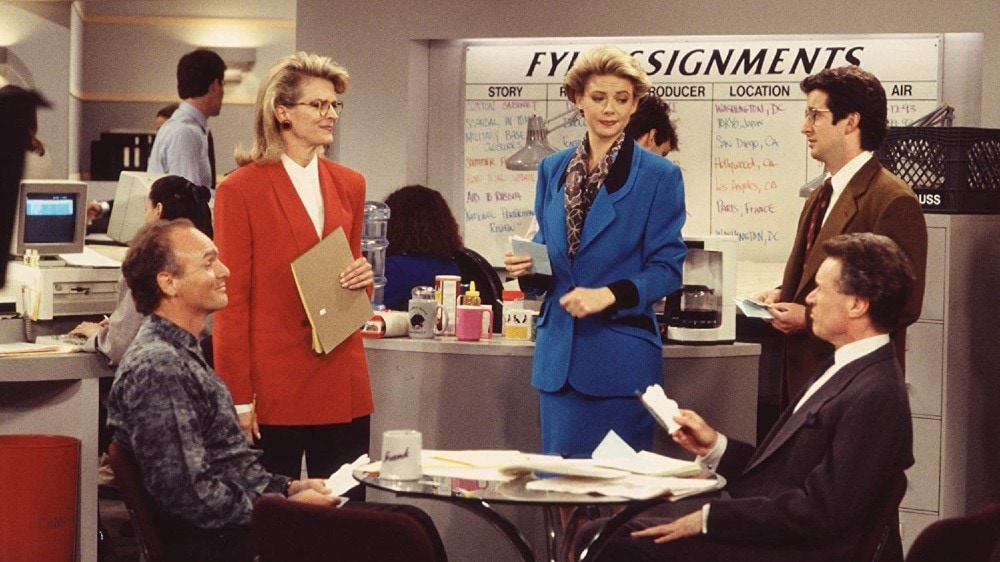 Departing from the serious shows is Murphy Brown, a CBS sitcom that premiered in the late 1980s and aired for ten seasons. The eponymous character is a renowned investigative journalist who jumps back into the game after a stint in rehab for alcoholism when she then becomes a news anchor for a fictional television newsmagazine called FYI.

20 years after the series ended, CBS decided to launch a revival. Post-retirement, Murphy returns to host a morning show called Murphy in the Morning and she brings some of her former colleagues with her. Unfortunately, she soon discovers that her own son is hosting the rival morning show in exactly the same timeslot! 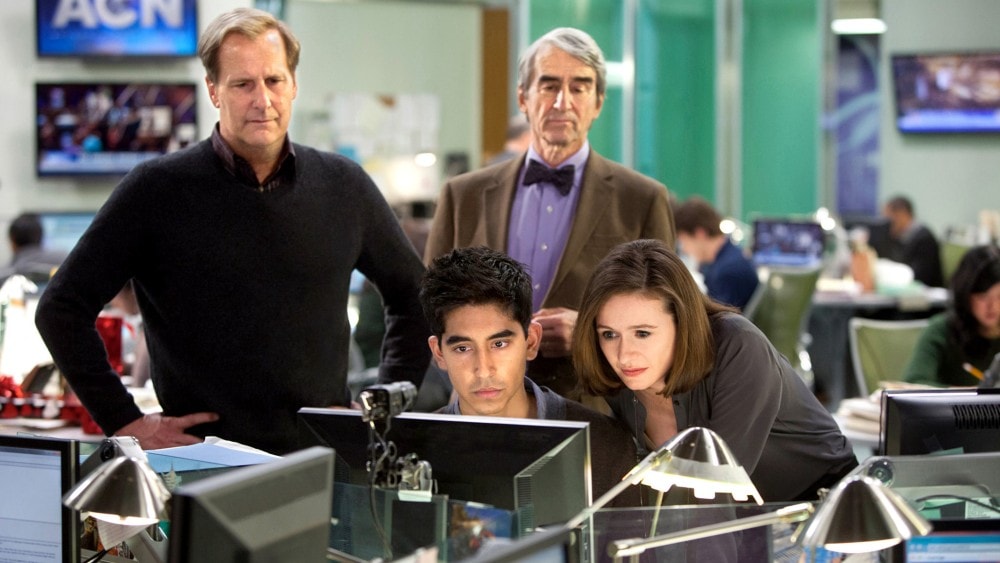 HBO brings another award-winning series to the table with The Newsroom, a 25-episodes series that ran for three seasons. The show is set against the backdrop of the fictional Atlantis Cable News (ACN) and primarily follows news anchor Will McAvoy, who also happens to be the station’s managing editor.

Will’s life at the station becomes more interesting with the arrival of a new executive producer, MacKenzie McHale, who’s determined to revamp the station and bring back good ol’ real news broadcasts. Unfortunately, Will’s new boss also happens to be his ex-girlfriend and their personal past threatens to affect their professional relationship as well. 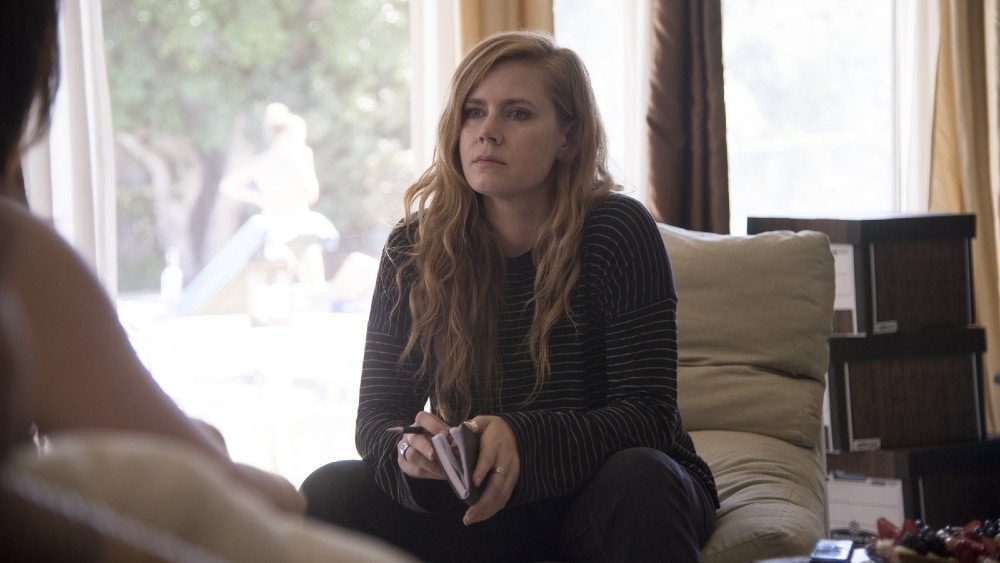 HBO is on a roll with this eight-episode miniseries, Sharp Objects, based on the novel of the same name by bestselling author Gillian Flynn (Gone Girl).

The show’s lead character, Camille Preaker, has had a complicated life that started with the pressures she experienced from her critical mother since childhood. Now a crime reporter suffering from alcoholism and recovering from a stay in a psychiatric hospital for repeated self-harm, Camille must return to her hometown in Missouri to cover the murder case of two young girls. Her return home reopens wounds from her past and forces her to face her own psychological demons as she relates a little too closely to the victims she’s investigating.

New York News aired roughly 25 years ago as part of the CBS network’s fall lineup in 1995 and sadly, only aired for one season (of which 5 of the 13 episodes were unaired).

The show’s primary setting was within the confines of the fictional New York Reporter, a tabloid that was struggling to stay afloat amidst the industry’s fierce competition in New York City. Despite ongoing budget cuts and possible sale of the entire publication, the tabloid’s staff (primarily the writers, gossip columnist, and sports reporter) must continue to deliver up-to-date news under the watchful eye of their high-strung editor-in-chief. 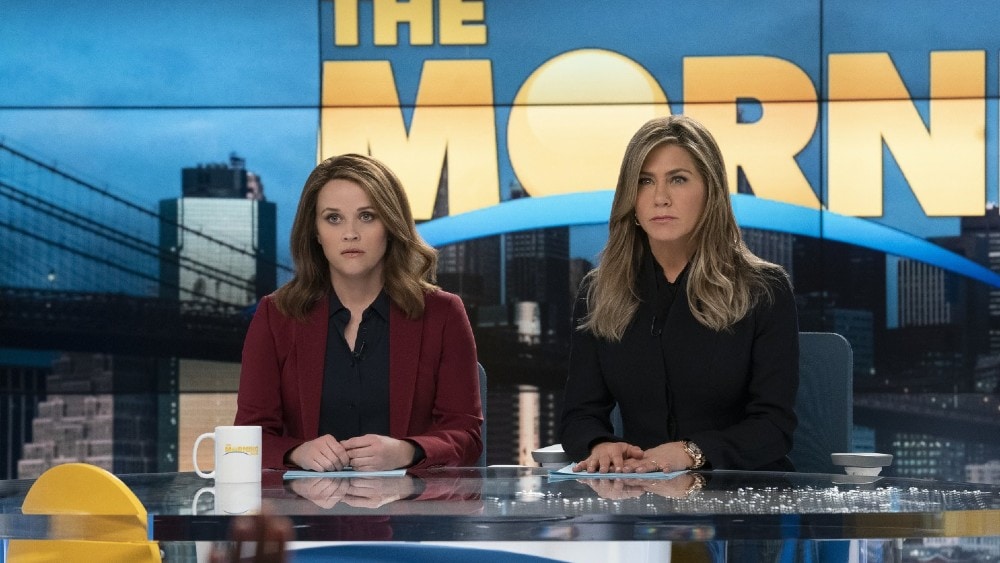 When you have an ensemble cast with the likes of that in The Morning Show from Apple TV+ (with the likes of Jennifer Aniston, Steve Carrell, and Reese Witherspoon in top-billed roles), you’re pretty much guaranteed a blockbuster TV series.

The show takes place primarily within the UBA network in Manhattan, which is reportedly a pioneer in the industry and is one of the current leading networks in the country. The Morning Show is the name of its popular morning news program, hosted by Alex Levy and Mitch Kessler. However, when Mitch gets fired, Alex must struggle to maintain the show’s ratings, keep her own career afloat, and battle through a budding rivalry with UBA’s field reporter Bradley Jackson. 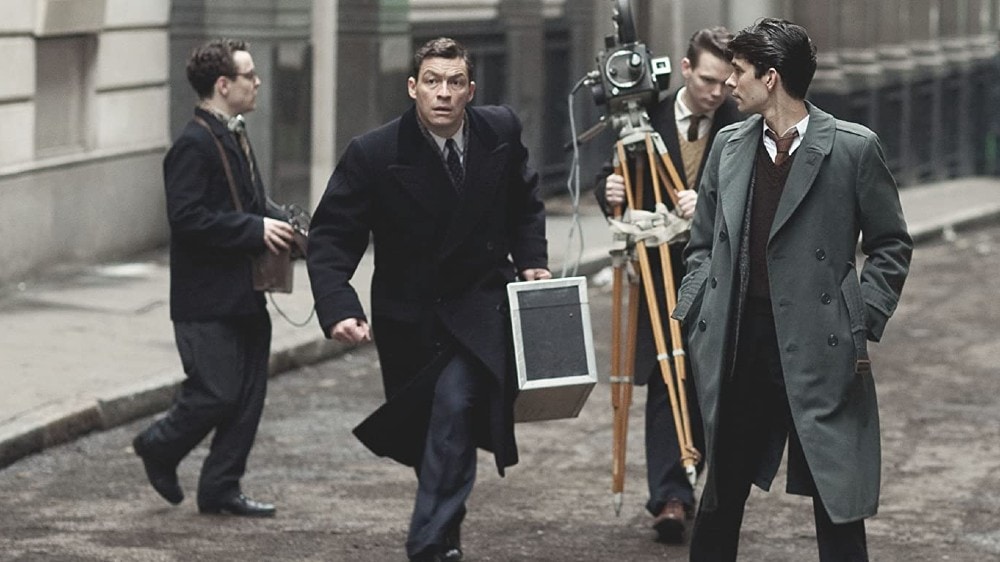 Jumping over to the UK, The Hour is a two-season drama series from BBC that was set in the late 1950s, at a fairly new BBC current affairs news program.

At the onset, the titular news magazine The Hour has just been formed under the production of Bel Rowley, who forms a team to cover foreign and domestic news – including the rapidly escalating Suez Crisis. Bel’s best friend Freddie Lyon runs the domestic news segment but he soon gets caught up in a murder investigation on a larger, international scale.

Later in the series, the programme and its journalists cover issues involving crime in London’s Soho, racial unrest and xenophobia, and the ongoing nuclear race. 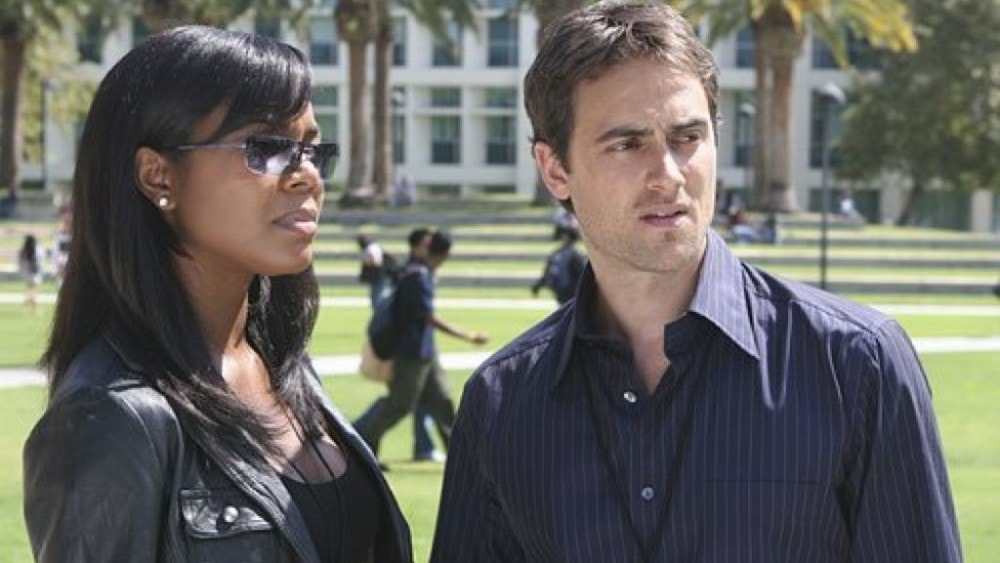 ABC’s Night Stalker was a remake of their own 1974 series Kolchak: The Night Stalker, which in turn was preceded by two TV movies. These 70s releases featured Carl Kolchak, an investigative newspaper reporter from Chicago who solved various cases that law enforcement usually paid no mind.

Because the original was such a success, the show was resurrected in 2005 with a new cast and supporting characters. Carl Kolchak is now a reporter for the LA Beacon and with the help of his colleagues within the publication (including a crime reporter, photographer, and the editor himself), they investigate strange and possibly supernatural crimes that may be related to his wife’s murder.

During its pioneer season, The Naked Truth took place primarily within the office of a tabloid news publication called The Comet. It followed Pulitzer Prize-nominated photographer Nora Wilde who, though not working there of her own accord, still goes to all lengths in order to chase the story – no matter how low those lengths would go.

In the latter two seasons, however (following the show’s transfer to NBC when ABC canceled it due to low ratings), the setting was revamped, the tone became slightly less comedic, and new characters were introduced. The Comet was bought and transformed into a much more respectable publication while still showing how Nora’s work might intrude on her personal life.