A common sentiment amongst those who lived through the golden era of the 1960s is that it was a great time to be alive. On the one hand, American society was undergoing huge changes in its socio-political and cultural environment. Protests for increased women and civil rights, protests against violence in the Vietnam War, the introduction of the birth control pill (that paved the way for modern women to be recognized as careerwomen as well), and not to mention the rise in popularity of television and pop music.

On the other hand, the 60s also played host to the assassination of President John F. Kennedy, his brother Robert Kennedy, and Martin Luther King Jr. The Vietnam War also persisted through the decade, and then there was the space race with the USSR and the Cuban Missile Crisis.

Yeah, the 60s was definitely an interesting decade with just so many things happening, many of which have since served as inspiration and Easter eggs in modern pop culture, including television.

For those of us who didn’t live through this era, at least we have a plethora of amazing, modern TV shows set during that time that’ll allow us to live it vicariously through their characters – though of course, with the added tinge of some creative license!

So if you’ve ever wondered what life was possibly like some 50-odd years ago, let these modern TV shows set in the 1960s take you back! 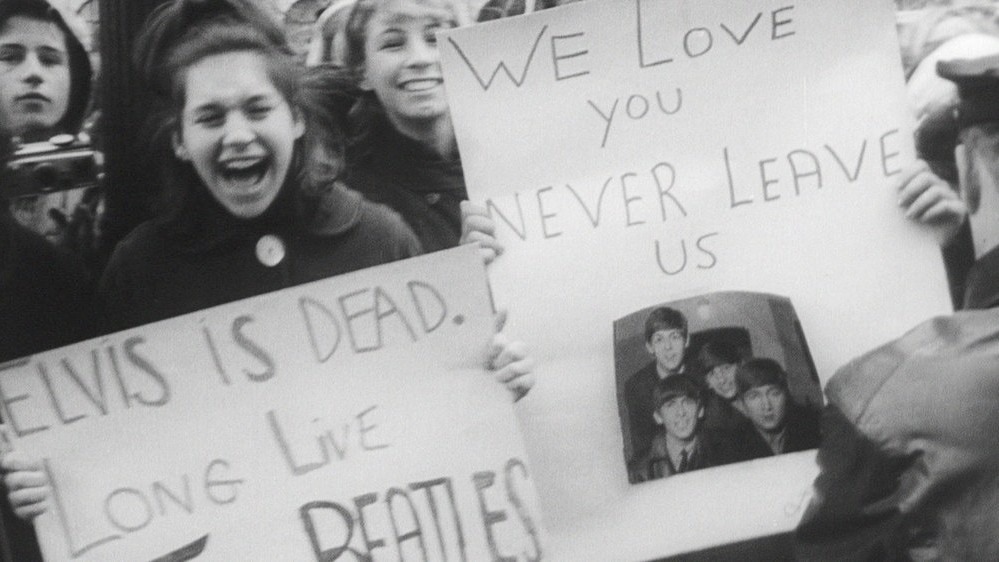 Let’s start with a hugely successful, non-fiction, documentary miniseries produced by Playtone, the production company founded by actor Tom Hanks and producer Gary Goetzman. The Sixties, released in 2014, is a ten-episode exploration into the biggest events that occurred in the United States throughout the titular decade.

Just some of the events covered include the rise of popular television programs, Lyndon B. Johnson’s presidency, the Civil Rights Movement, the Beatles, the Moon landing, and the assassination of JFK – in which the episode covering this premiered as a standalone TV special in November 2013 to coincide with its 50th anniversary.

CNN’s The Sixties is definitely a great show to go back to if you want an unadulterated view into life in these changing times. 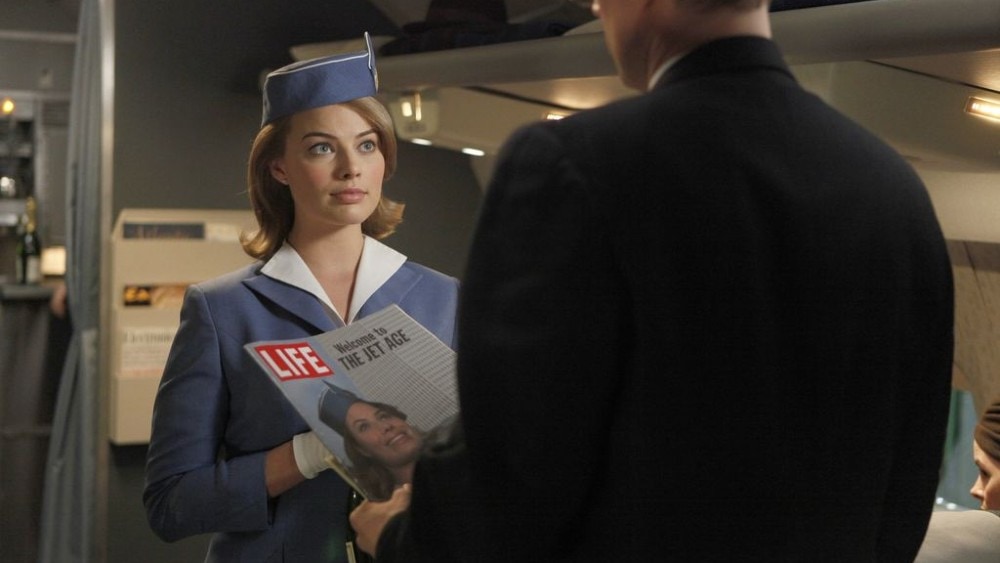 While the 60s witnessed the space race between the then-Soviet Union and the United States, it was during this time that the lesser-known Jet Age was happening, which was a period in history that saw the rise of aircrafts powered by turbine engines. As such, large airline companies experienced booms in their business.

ABC’s Pan Am plays out in this setting. As you probably guessed from the title referring to the Pan American World Airways, the show follows the personal and professional lives of the airline’s pilots and stewardesses during this boom in the aviation industry.

Despite international success for Pan Am, the show was cancelled after its first season. 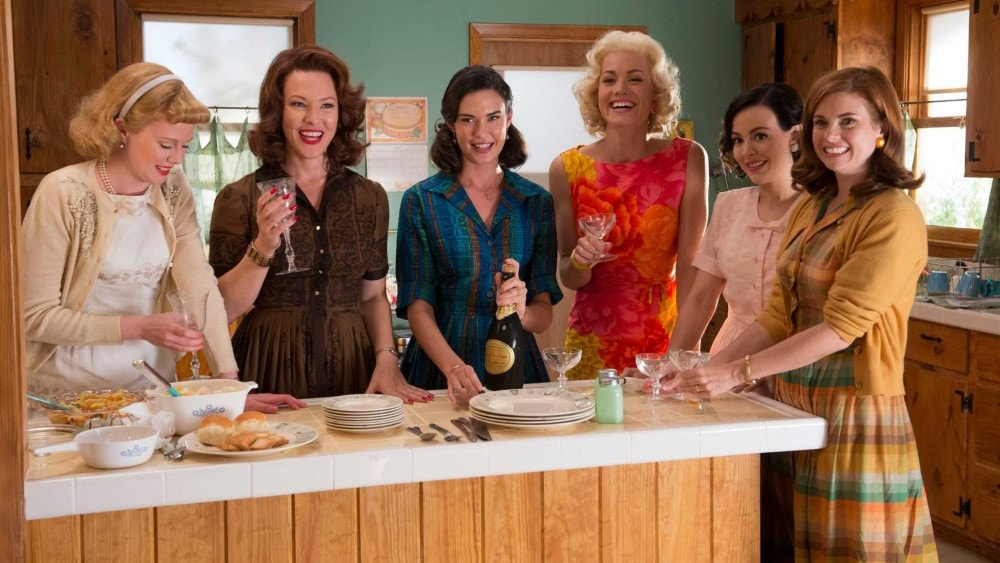 Speaking of the USSR-US space race, the first successful spaceflight program for America was called Project Mercury and was comprised of seven brave men who were collectively known as the Mercury Seven. Understandably, they became huge household names during that time as everyone closely followed both their preparations and their explorations in space.

ABC’s The Astronaut Wives Club, however, shifts the focus to these men’s wives, who actually also became popular cultural icons, making appearances in talk shows and even meeting many influential and political figures. The show tells the story from their perspective, as they fought to keep their personal lives out of the limelight and turned to each other for comfort as their husbands embarked on their dangerous missions to space. 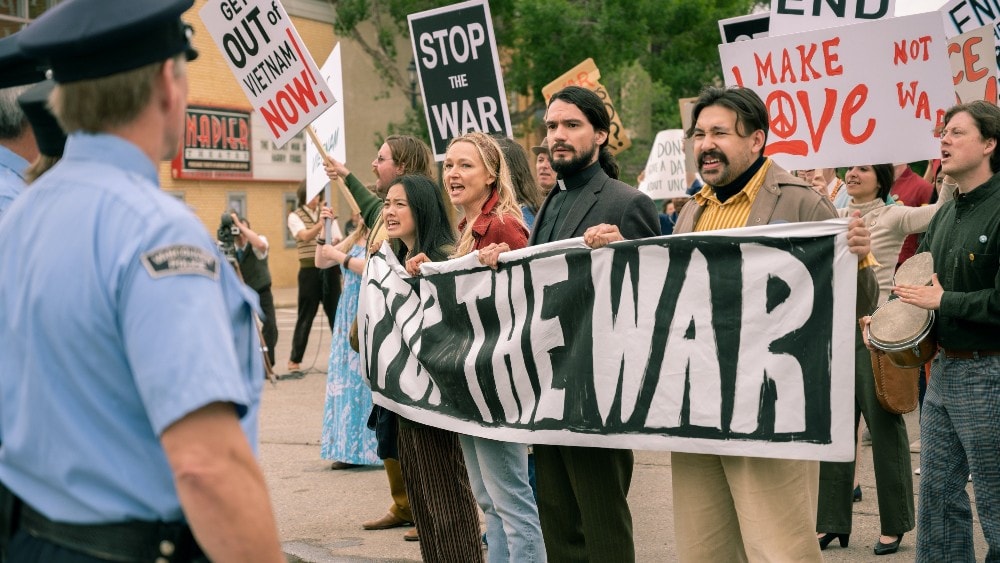 As previously mentioned, the 60s paved the way for the “peace and love” movement that erupted in the decades that followed, and the anti-violence protests against the Vietnam War was a large part of that.

CBC’s Fortunate Son is an ongoing political espionage drama series that tells the story of antiwar activism, particularly in dodging the military draft during the Vietnam War. The series plays out from two perspectives: First, from the side of an American expatriate living in Canada who is tasked to help an American avoid the draft by crossing the border into Canada. The second viewpoint is from the eyes of a CIA handler determined to put an end to draft evasion. 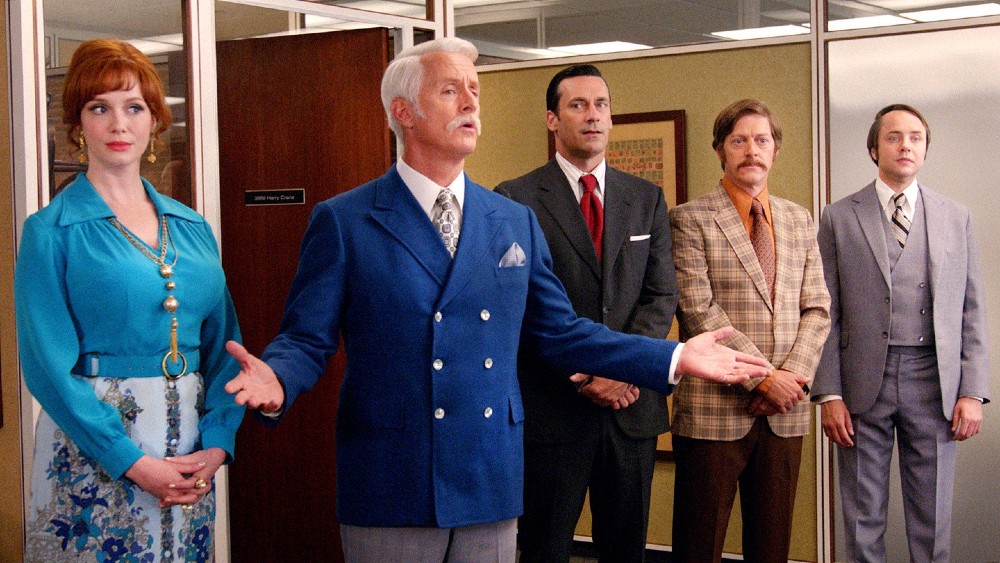 Moving to the world of private corporations, Mad Men was a sensational TV show from AMC set in 1960s Manhattan, New York. More specifically, it centered on a fictional advertising agency on Madison Avenue and its various employees. The show’s title was a colloquial term that advertisers working in that area used to refer to themselves, with the “Mad” being a reference to “Madison” Avenue.

The main character is an advertising executive – and serial ladies’ man – and we follow his personal life (with two marriages and countless mistresses) as well as his professional life as he struggles to stay on top of the advertising game. Mad Men is a striking view into the state of gender roles in a corporate environment, and of traditional family values.

One could probably argue that the dialogue about sexuality was just coming to fruition during the 60s – times before that were a bit more modest, and people didn’t really talk about sexuality and the human response to pleasure.

Well, that’s where Masters and Johnson stepped in. They were a two-person research team from the Washington University in St. Louis that pioneered the research and discussion into the nature of the human sexual response, as well as sexual disorders and their treatment. Showtime’s drama series Masters of Sex chronicles the journey that Dr. William Masters and Virginia Johnson took together in this study.

More than that, however, is the exploration Masters of Sex takes with its two principal characters. In fact, while their research in real life is solid and fundamental in this field, many of the other facets of their personal lives are almost completely fictionalized in the series. 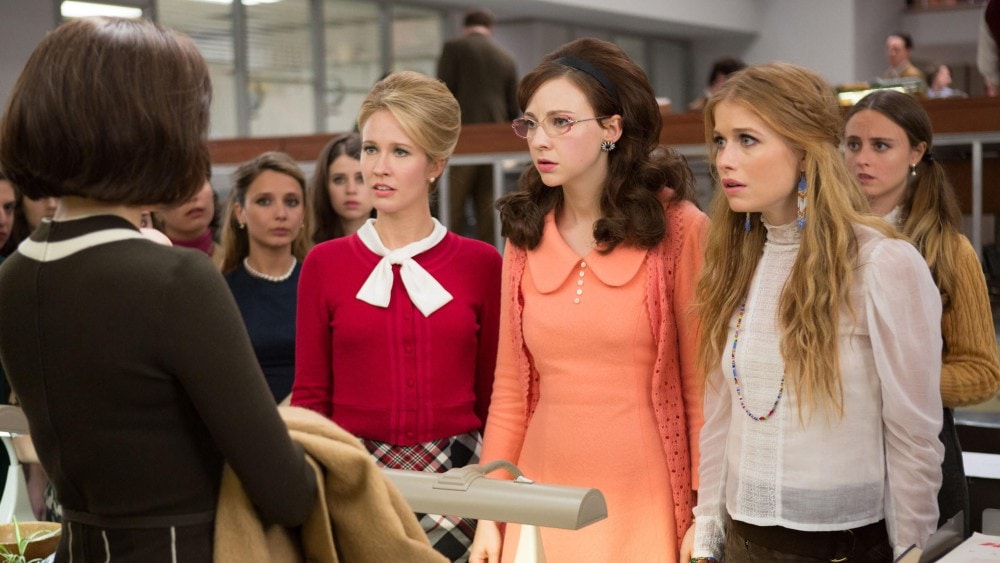 Towards the end of the decade came increased feminist activism, calling for women to have rights equal to those of their male counterparts in society – particularly within the workforce. This is something that we are still struggling to achieve fully today, five whole decades later.

Good Girls Revolt was based on the 2013 novel titled The Good Girls Revolt by Lynn Povich, which was in turn about the lawsuit against prominent news magazine Newsweek that was brought forward by their female employees. The Amazon series follows the women at the fictional News of the Week magazine as they fight against not just the pay gap, but also at being uncredited in the publication despite having researched the majority of stories and written more poignant news pieces. 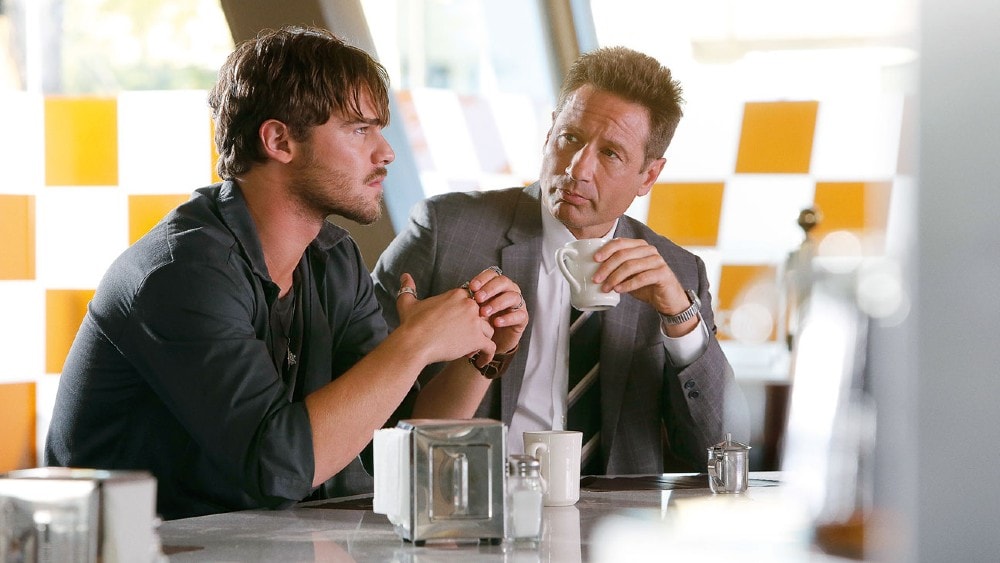 For fans of true crime, 1969 was the year of Helter Skelter. Not the Beatles song itself (that was released the year before), but the series of violent murders committed by Charles Manson and his “family”, inspired by the song and that Manson had interpreted as the beginnings of a racial war.

The NBC crime drama Aquarius takes inspiration from both historical and fictional characters, including Charles Manson himself. LAPD detective Sam Hodiak is investigating the case of a missing teenage girl and as his path crosses with Manson, finds that the missing girl is indeed a part of Manson’s “family”. While the first season focuses on the expansion of the Manson cult, the second season moves to chronicle the events leading up to Helter Skelter. 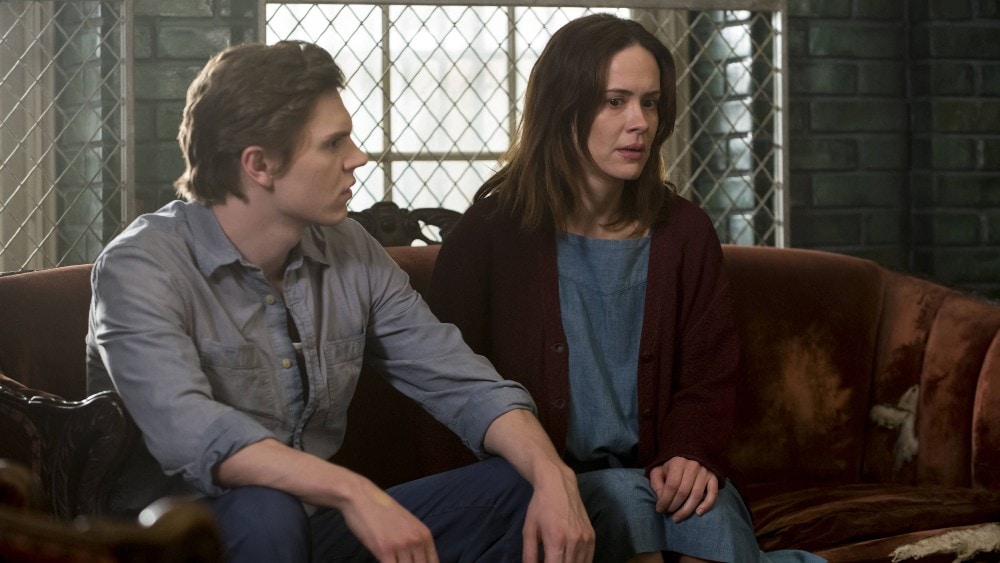 As a personal fan of FX’s American Horror Story, I honestly believe that its second season – Asylum – is one of the best seasons, mostly because of the storyline and just general creepiness. It is, after all, set in 1964, in a church-owned mental institution called Briarcliff Manor. Suffice to say that the experimentation and research for mental disorders back then – both in reality and in the series – was definitely not humane.

The season’s main protagonist, Kit Walker, is institutionalized for being wrongfully mistaken as a prolific serial killer. While at the manor, he meets other patients that were committed and treated as “criminally insane”, forced to undergo scientific experiments – though with the added touch of the supernatural, demonic possessions, and alien abductions because well, that’s American Horror Story for you. 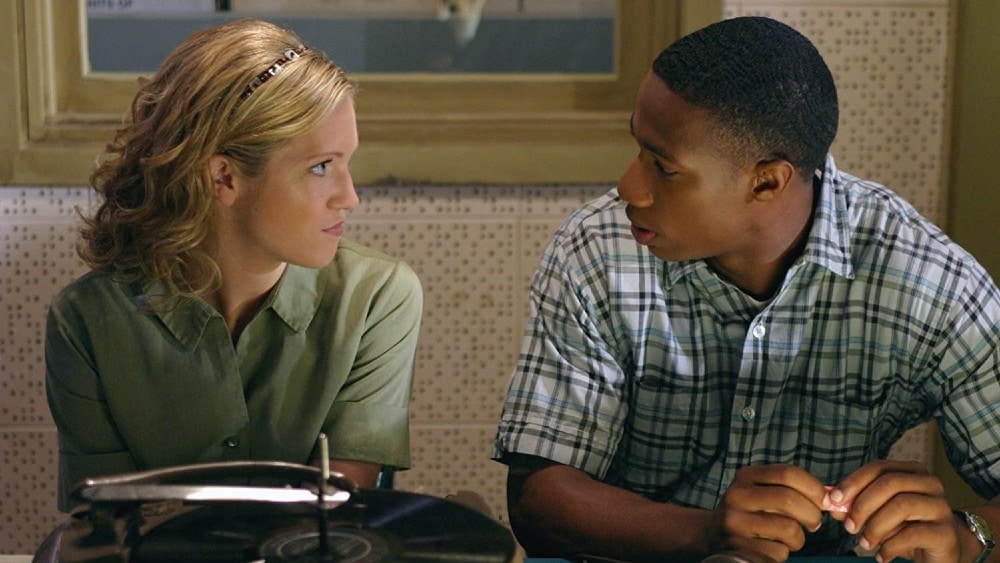 The evolving music scene was just another huge milestone of the 60s, and the NBC drama American Dreams puts that right at the forefront, alongside changes in elements of the traditional family values of the time.

The series follows the Pryor family and is mostly centered on their teenage daughter Meg. Several realities of the decade are seen throughout the show’s three seasons: the eldest Pryor child joining the Marine Corps and fighting in the Vietnam War, the Pryor matriarch starting as a stay-at-home mom but later pursuing a career at a travel agency, and Meg herself becoming a dancer on the popular music and dance TV program, American Bandstand.

This latter element is so central, in fact, that almost every episode featured a contemporary artist performing as an artist of the 60s – Usher as Marvin Gaye, Third Eye Blind as The Kinks, John Legend as Stevie Wonder, and so many more amazing performances. 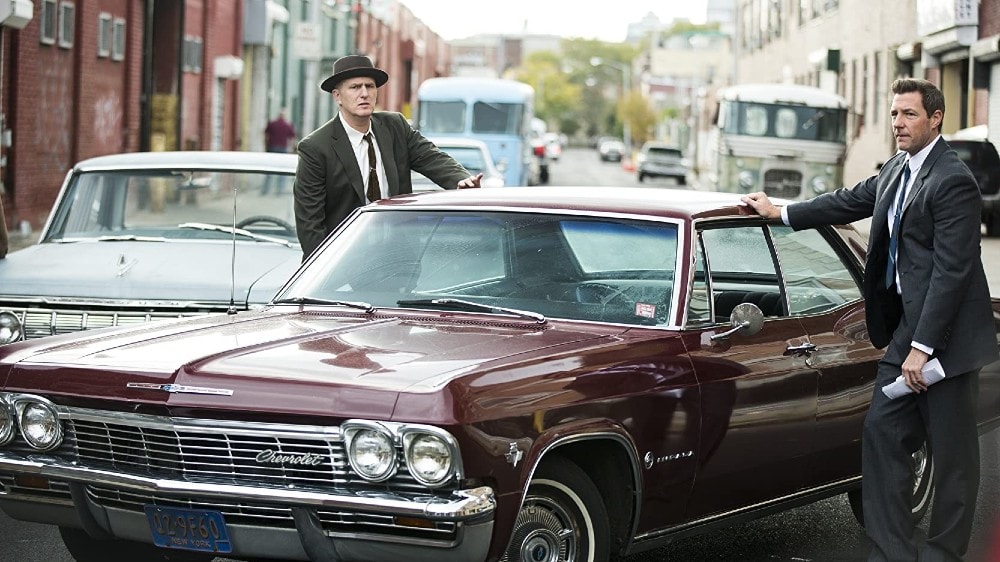 TNT’s crime drama Public Morals paints a dark and gritty picture of 1960s New York City, full of all sorts of sin and immorality. NYPD officers Terry Muldoon and Charlie Bullman work in the Public Morals Division to investigate vice crimes across the city, but it isn’t always easy when the temptations of corruption are so prevalent.

While protecting the city, they must also contend with the Irish mob and their conflicts that were happening in Hell’s Kitchen, their own neighborhood. Though these particular disputes with the Italian mob happened in the 60s in Public Morals, they actually peaked in the 70s in real life. However, the foundation of the series’ storyline is loosely based on real-life events from the creator Ed Burns’ father’s experiences in the NYPD. 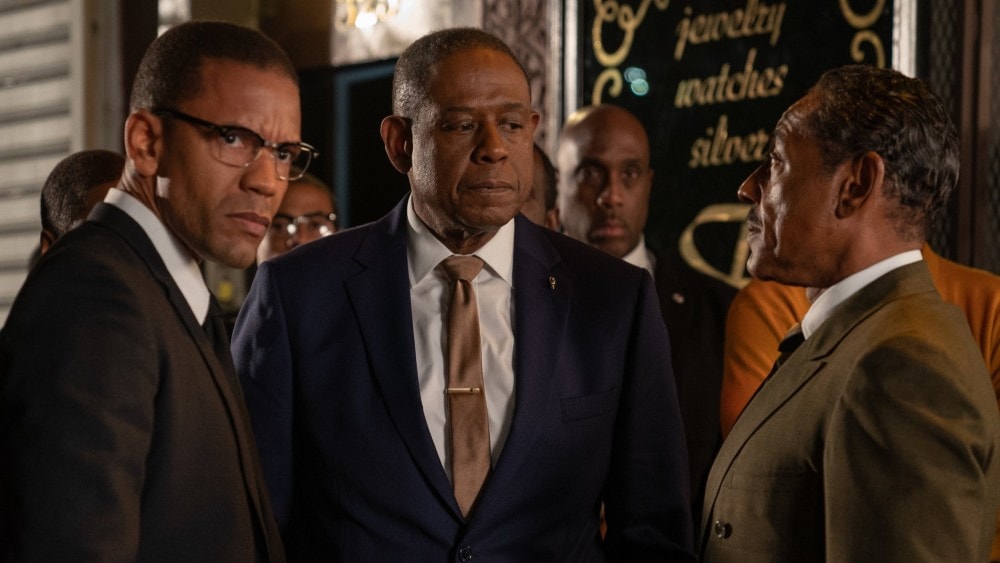 Intended as a prequel to the 2007 film American Gangster, which featured notorious drug trafficker Frank Lucas, Epix’s Godfather of Harlem instead follows the story of his friend and another Harlem crime boss: Bumpy Johnson.

Johnson’s real-life story is riddled with trouble, more than 40 arrests, and two prison terms, and Godfather of Harlem picks up after he was released in the early 60s. When he returns to the streets of Harlem, he finds that it has been taken over by the Italian mob. In order to get back in the game, Johnson goes up against the Genovese crime family, and in the process, finds himself an ally of controversial civil rights activist, Malcolm X. 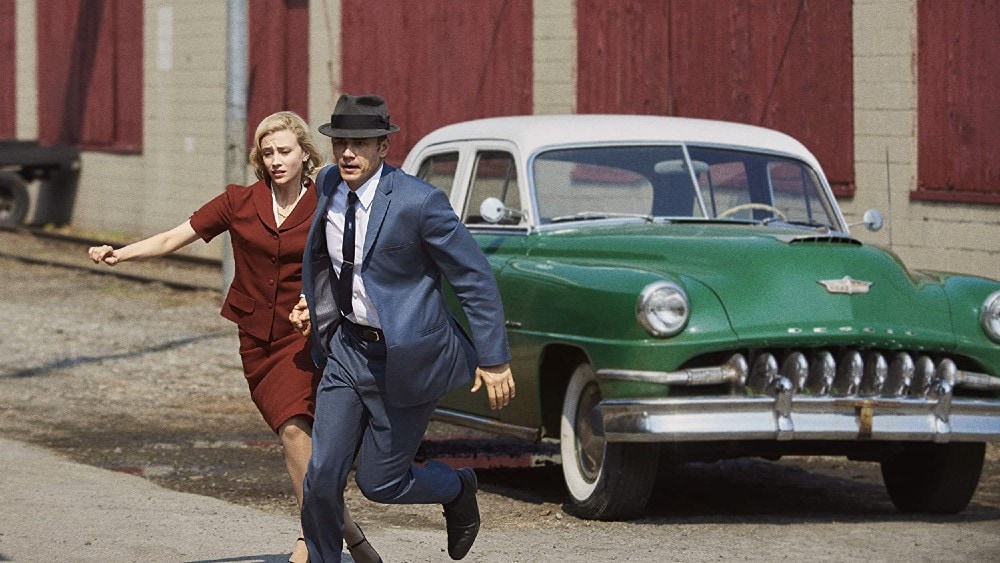 We’re ending our list with a show that incorporates science fiction and is based on a novel of the same name by the acclaimed Stephen King. Anyone who remembers their American history will recognize the date used in the title – November 22, 1963 – as the day of President John F. Kennedy’s assassination.

Hulu’s 11.22.63 is an eight-episode event series that tells the fascinating story of Jake Epping, an English teacher in present times who is given the chance to travel back in time and prevent the assassination of JFK. He arrives a month before the attempt is due to happen and must gather as much information and evidence as he can to stop it. However, we all know that messing with time can have nasty consequences to the present.

Apart from the obviously fictional elements in the series, 11.22.63 also uses historically accurate figures pertinent to the assassination, such as Lee Harvey Oswald himself.