Nox, the French limited series from Canal+ is now available to stream for viewers in the United States on Topic!

The show first premiered in France back in 2018 and now, American fans of international productions have access to the hit spine-tingling thriller.

After Lupin dropped internationally on Netflix in January 2021 (followed by part 2 in June) and became a huge hit, we’re very much aware that the French are well-versed in making stellar crime thrillers.

Before I go into my review, let’s talk a bit about the series itself.

Nox was created by Quoc Dang Tran (Call My Agent, Marianne) and Jerome Fansten (Amnêsia), and was produced by Isabelle Degeorges (Lupin) and Damien Courvier (XIII: The Series) with Mabrouk El Mechri attached as director.

There, we meet detectives Julie Susini and Raphaël Berger in the middle of an operation to take down a group of bank robbers who have been using the Paris sewer systems to transport and escape with their stolen loot. During one sting, Julie runs blindly into the tunnels in pursuit of the suspects and suddenly disappears without a trace.

The search for Julie is on, with her department and the police force behind every step of the investigation but that hardly seems enough for Catherine Susini, Julie’s mom and retired police captain, who pushes her way into the search and proves that she’s a force to be reckoned with.

Desperate to find and save her before the inevitable happens, she teams up with Raphaël to brave the cavernous maze that is the Paris underground – and discovers more of its sinister secrets in the process.

Catherine is played by Nathalie Baye (Catch Me If You Can, and the upcoming sequel film Downton Abbey: A New Era), while her daughter Julie is played by Maïwenn (Polisse, Love is the Perfect Crime, Leon: The Professional). Meanwhile, Julie’s partner Raphaël is played by Malik Zidi (Oxygen, Lines of Wellington).

Joining the cast in supporting roles are Frédéric Pierrot (Polisse, Young and Beautiful) in the role of Garraud, current police captain and Julie and Raphaël’s boss; Lubna Azabal (Body of Lies) as Hadji, a cop from Internal Affairs investigating the case, and Damien Chappelle (L’Opéra, Arctic Heart) and Yvain Juillard as Nox 1 and Nox 2.

In terms of professional critics, SBS’ Anthony Morris has this to say: “This fast-paced crime thriller is a race against time set in the terrifying corpse-filled caverns beneath Paris.”

While Céline Dassonville from Do It In Paris says “Nox combines all the ingredients of an ultra addictive detective story. Mysteries, stifling atmosphere, dead bodies, dark web and cliffhangers that are spine-chilling… until the last minute, you hold your breath.”

And I have to say, I absolutely agree with that – right up until the very last second before the final end credits began rolling, I was shaking my head in disbelief and shock.

Before I get ahead of myself though, here are my own thoughts on Nox.

Of course, I could be biased towards the genre because ask anyone who knows me well enough and they’ll tell you this about me: ya girl loves a good thriller.

Film, book, series, podcast – you name it, I’m there. Anything that’ll have me on the edge of my seat, asking questions, and trying to figure out what’s happening until the very last minute – throw in a bit of the horror or supernatural in there – I’ll eat it right up.

Still, though, even within the thriller genre, Nox was truly something else. 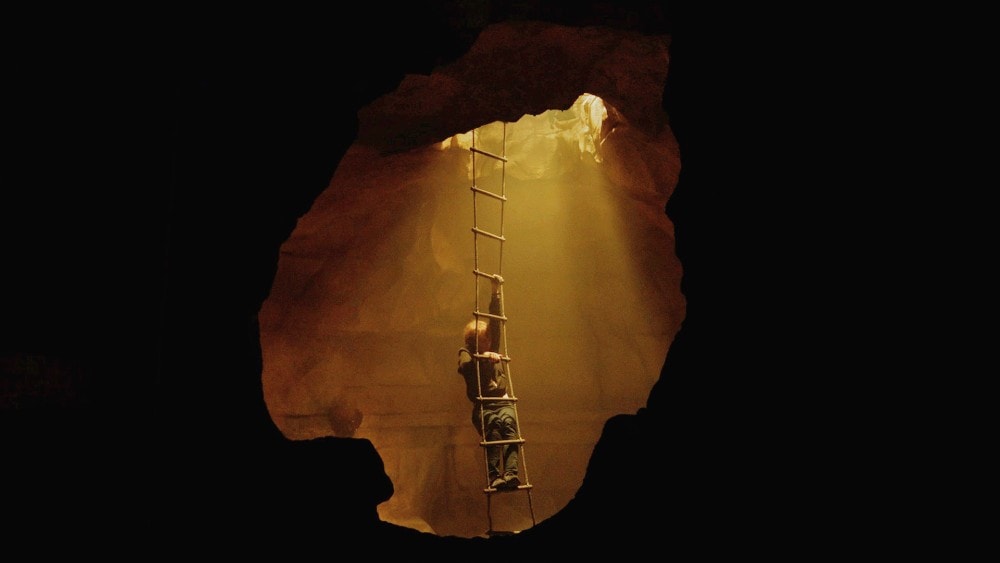 When I was given this chance to watch Nox, I jumped right at it. French crime thriller? Missing detective? Absolutely, sign me up!

I figured that even if it’s not so great, at the very least it’ll be a good opportunity for me to brush up on my French listening skills, right?

Well, I was definitely in for a great surprise.

I was skeptical at first and thought that the show might have a slow start, but that wasn’t the case at all. Instead of utilizing the first one or two episodes to build up a story about its main characters, Nox jumps into the action not halfway through the first episode while the characters’ histories unfold over each episode.

This is one thing I appreciated right off the bat as it’ll immediately rope you into continuing to watch.

Where to watch NOX:

On top of that, every episode ends on a cliffhanger that drops a piece of the story that is integral to the whole – so much so that you couldn’t possibly abandon the series without feeling extremely frustrated that you don’t know how it ends. There’s always the question of “what now?” floating in your head (and not in the bad way!).

I didn’t realize it until later on but that opening scene at the train station, with the unheard yelling and the mysterious man reaching out for help from the tunnel beneath the tracks, really sets the theme for the entire series.

We’re so caught up in our own worlds that we end up completely oblivious to the important – and in this case, criminal – things that are happening right before our eyes.

Had either of the witnesses reported that man, they might have caught the killers sooner; in the same vein, if Raphaël or Catherine had paid closer attention to Julie’s struggles then who knows, she may not have been targeted in the first place.

That Nox is set deep within the layers and layers of mazes beneath the streets of Paris is perfect for the thriller genre. After all, there’s probably no one person who knows the entirety of the tunnel systems, with all of its twisted turns, layers, and secrets. 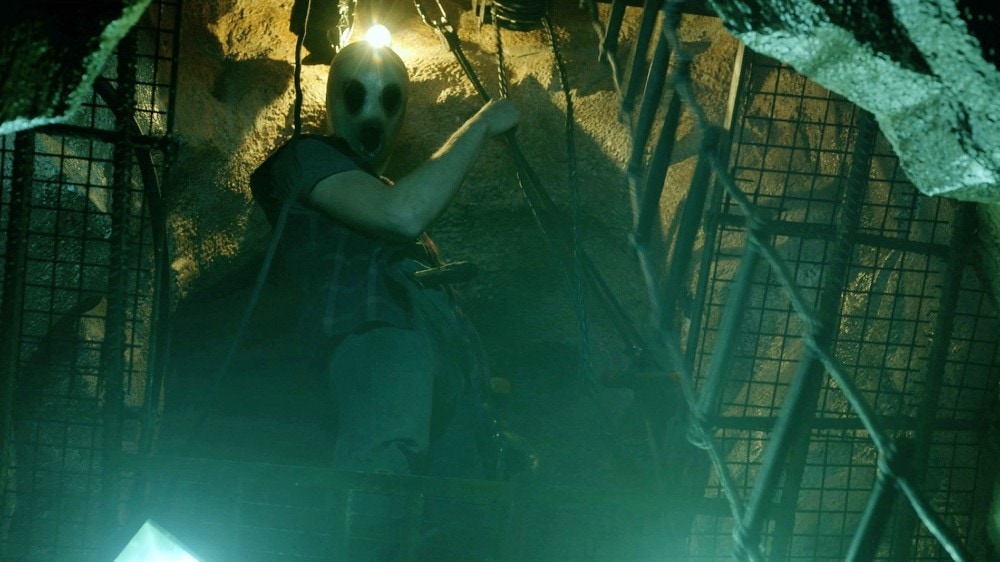 This idea is weaved so seamlessly into Nox, too.

Just when you think one group has it all under control, it’s revealed that there’s a whole other part of the bigger picture that they’re missing.

Sure, but not all of them knew about the gravedigging body disposal operations underground. The dirty cop in charge had the gravedigger on his payroll, but even he didn’t know about his part in the mass graves – or how this relates to the dark web auction-for-murder scheme.

Each part of the story that’s peeled back reveals another layer that goes deeper and deeper into both Paris’ sinister underground, as well as its equally sinister police force.

I had heard stories and watched movies (particularly As Above, So Below) about the tunnels of Paris, but always from a spooky and supernatural aspect. The catacombs and the ghosts that haunt them, the presence of cults who use the lesser-traveled areas for their rituals.

Nox provides yet another possibility of an entire criminal operation happening right beneath every Parisian’s feet. For all we know, there could actually be a grain of truth to it!

The Cast and Characters

Are they the most likable group of characters? Not particularly.

There’s no obvious early favorite, at least in my opinion, but that lends more to its realism – not every character is going to be the epitome of a perfect person.

However, each character is so well-portrayed.

Nathalie Baye had that overbearing presence that was perfect for her role as the tough cop and domineering mother; the very rare slips of tenderness and maternal instinct still shone through, though.

Malik Zidi constantly looked like a lost puppy, like a man in a troubled marriage and who never had any choice but to follow Catherine Susini’s lead. 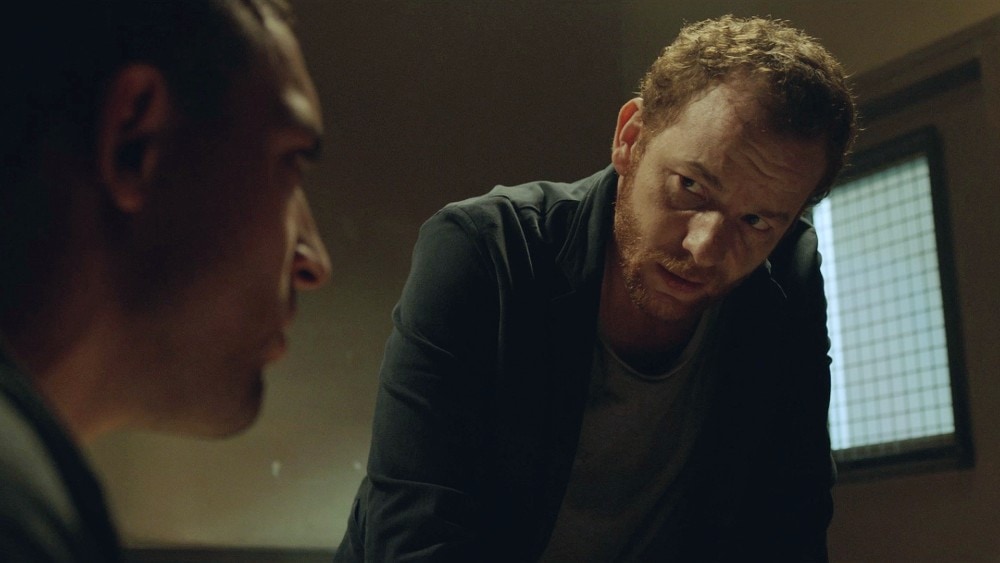 Even Frédéric Pierrot was superb at portraying the duality of his character (a twist that I should have seen coming and yet was still completely thrown off by).

All in all, while the characters themselves were par for the course for a crime thriller, the cast did an impeccable job of bringing them to life.

Having six episodes is just the right length: just long enough to pack in a great story, but not too long that it drags out and gets boring.

For me, it’s the last few minutes that really hit it home.

I really don’t want to give out any spoilers but it’s definitely a whiplash of emotions that was the ‘make or break’ – and it definitely made it.

To all fans of the genre, I guarantee you’re not going to want to miss out on this one.

Nox is now available for streaming on Topic in French with English subtitles.