Let’s address the elephant in the room right off the bat: no matter what way you twist and look at it, cults are scary.

I mean, sure, one might argue that there are some cults that are “well-intentioned”, perhaps with the goal of forming a community of like-minded individuals and providing a safe space for them to practice their beliefs, whether political, religious, or what-have-you.

Most of the time, though, this is taken too far and that’s likely what has led to the largely negative connotations to the word “cult”.

The TV shows that we’re discussing below showcase just some of the aspects of living with a cult and though largely fictionalized, certainly contain snippets of the truth as well.

So, sit back, relax, don’t join any cults but do enjoy these shows! 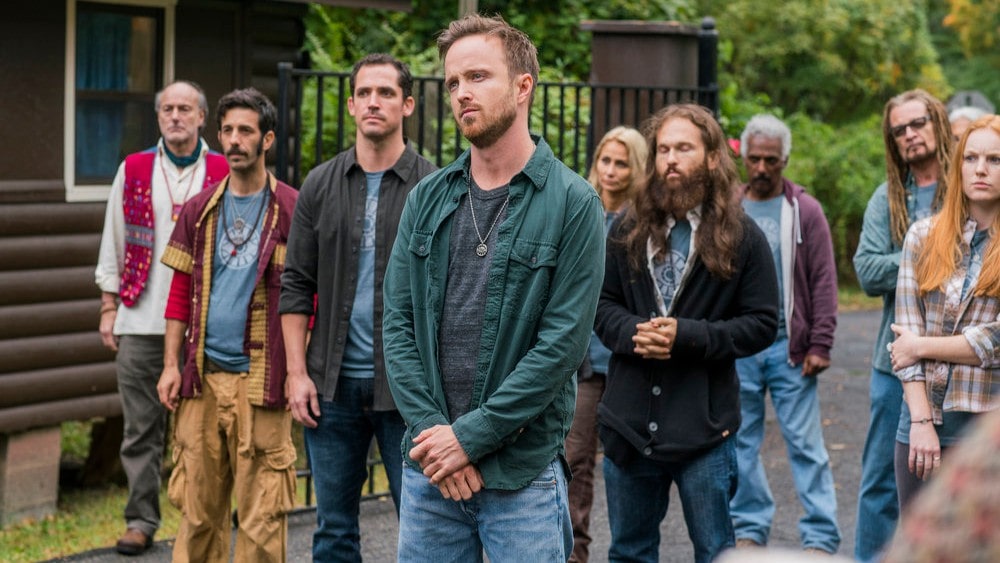 Let’s start with something a little lighter and not so extreme on the cult aspect: Hulu’s The Path, which aired for three seasons before being canceled by the streaming giant.

Interestingly, the show was originally titled The Way but was subsequently renamed to avoid any misunderstanding with The Way International, a real-life Christian ministry (that has, in fact, been called a cult as well).

The Path follows Eddie Lane, his wife Sarah, and their two children as they live their lives within the fictional Meyerist Movement.

During a particularly illuminating retreat, Eddie experiences an epiphany that makes him doubt everything he and his family had believed in. 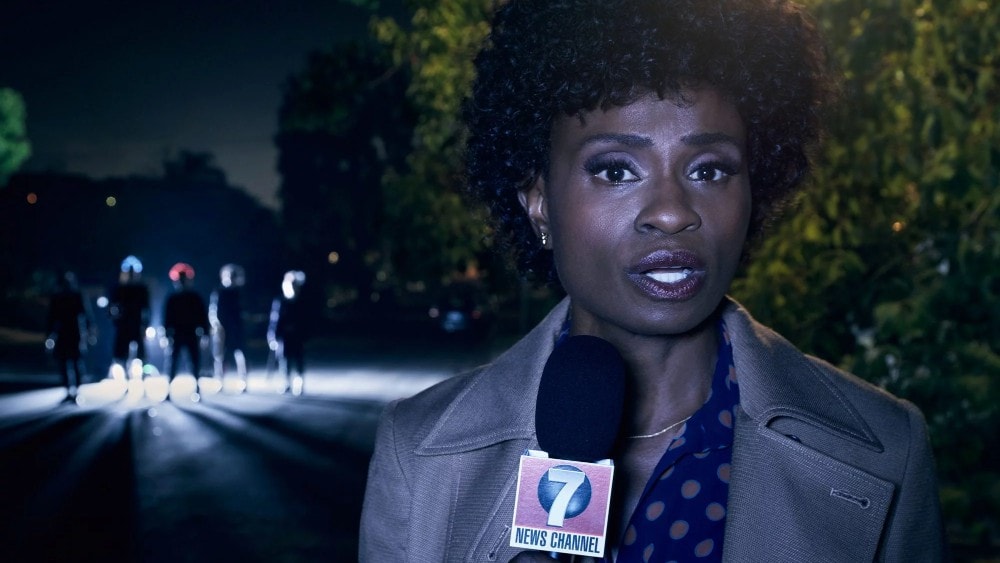 AHS: Cult takes a different approach to the trope by mainly following the perspective of someone outside the political cult central to the story.

This is made worse by attacks from a group of assailants dressed as clowns that only she experiences, leading those around her to doubt her already unstable mind.

Soon, however, Ally discovers that these attackers may have a connection to the growing influence of the alt-right in their community. 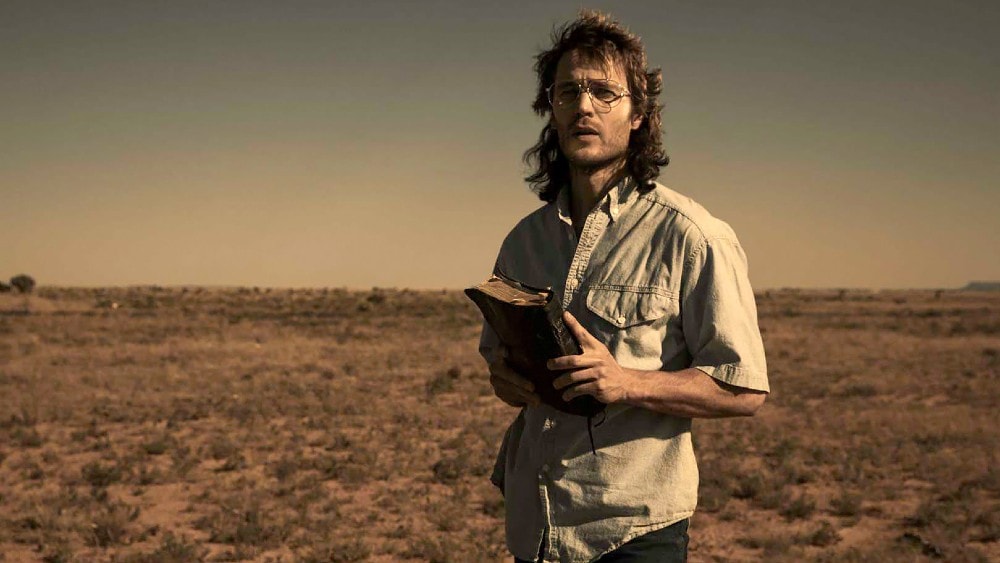 The 1993 Waco siege in Texas was a shocking and violent 51-day standoff that led to many lives lost in a fire and a clear insight into how far cults can go and how dangerous they can become.

Paramount Network’s Waco, a six-episode miniseries, dramatizes the events leading up to and the conflict itself between the FBI, ATF, and the Branch Davidians under the leadership of David Koresh.

Koresh fancied himself a prophet, claiming to be a descendant of King David himself and was tasked with establishing a kingdom in Waco, Texas.

As he ascended into the leadership of the Branch Davidians, the FBI caught wind of allegations of child abuse and sexual abuse, leading to several attempts by the FBI and ATF to search the premises.

Waco poignantly portrays the rising tensions and battle between the parties involved, though some would also critique that the show was too forgiving towards Koresh. 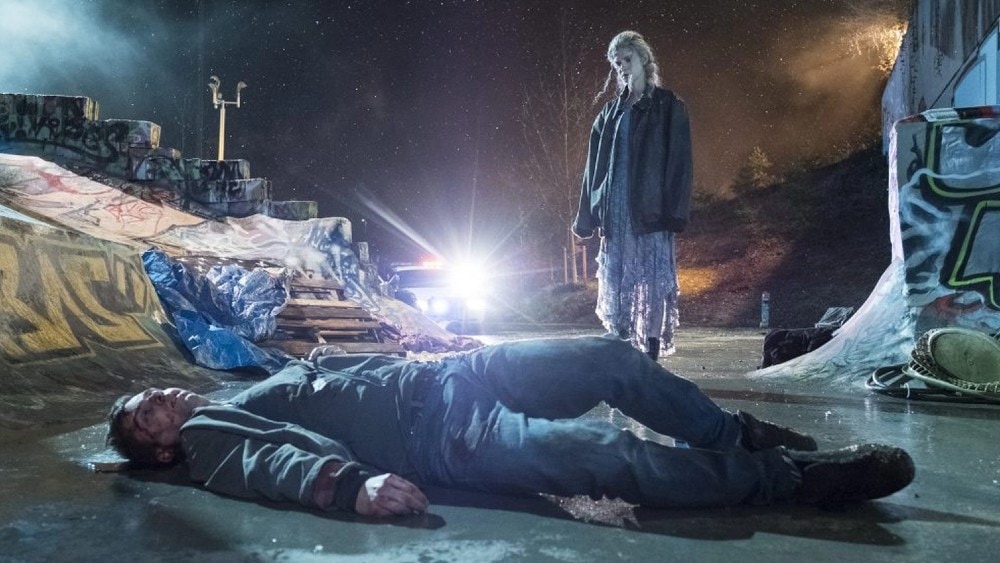 Facebook Watch has a lot of originally produced series that are really good and deserve more recognition.

One of those is the Sacred Lies anthology series, of which there are two seasons so far. In this article, though, we’re talking about the first season, simply titled Sacred Lies and based on author Stephanie Oakes’ novel The Sacred Lies of Minnow Bly.

Right at the onset of the series, we come to meet Minnow Bly, a young girl who emerges from the woods having seemingly almost beat the life out of a young man, looking dazed and missing both of her hands.

She ends up in juvenile detention, where it’s eventually revealed that she had successfully escaped from the fringe Kevinian cult. The FBI suspects that she may know more than she’s letting on about the death of their cult leader – if she didn’t do it herself, that is. 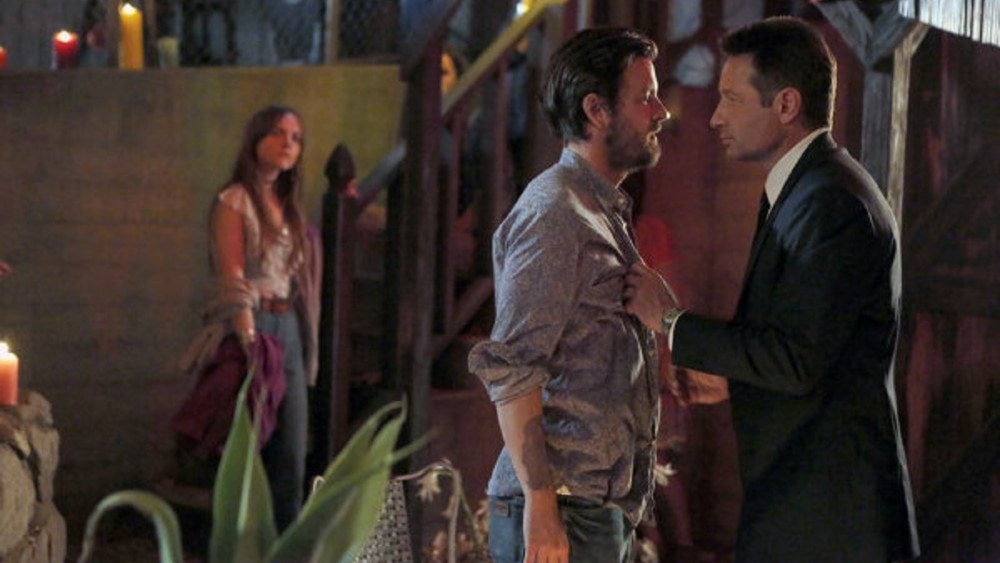 We can’t really talk about cults without talking about the Manson family and Helter Skelter, right? They are, after all, one of the most well-known cults in America and maybe even around the world.

There have recently been a few movies featuring the Manson Family (Once Upon a Time in Hollywood, Charlie Says) but before those, there was NBC’s series Aquarius.

A mix of real-life and fictional people and events, Aquarius follows LAPD detective Sam Hodiak in the 1960s as he investigates the case of Emma Karn, a teenage girl who’s gone missing.

His investigation takes him on the tail of Charles Manson himself, along with his hippie followers that of course, includes Emma. 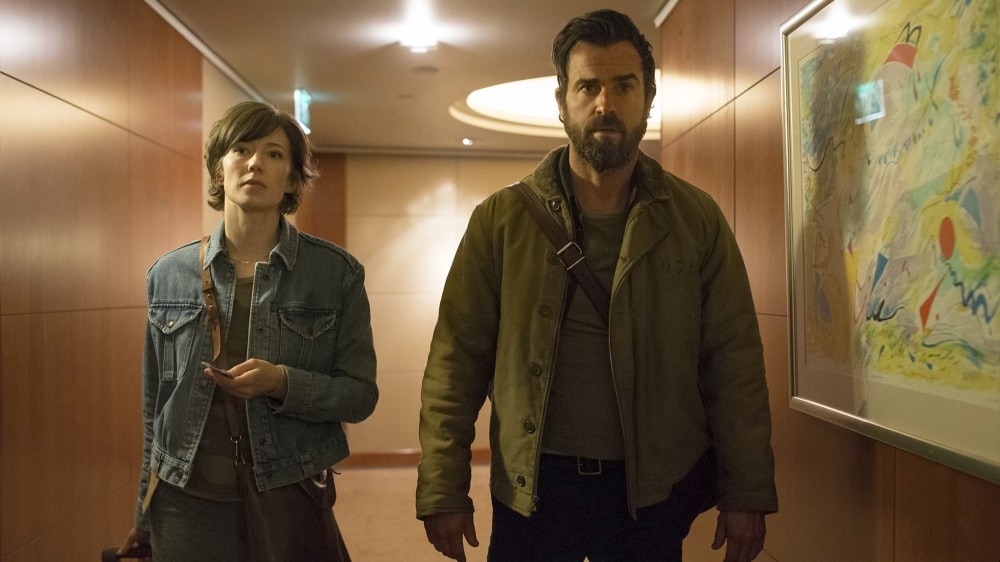 Hailed by Vox as “one of the best TV shows ever made” and receiving similar praise from The Guardian and Rolling Stone, The Leftovers is definitely one that everyone should add to their to-binge watchlist.

In a post-apocalyptic setting, it’s logical for what’s left of humanity to break into factions and form cults (or cult-like groups). Look at the groups in The Walking Dead or even in Daybreak!

In HBO’s The Leftovers, a mysterious event called the Sudden Departure has erased 2% of the world’s population without a trace. As those who remain scramble for answers, a new world order emerges.

Mainstream religion all but vanishes and in its place are cults. The Guilty Remnant is one led by Holy Wayne, a man who thinks of himself as the Second Coming of Jesus and encapsulates nihilism in all his cult’s practices.

The series’ main characters get caught up in the Guilty Remnant’s activities to varying degrees, all while they try to rebuild their lives and communities. 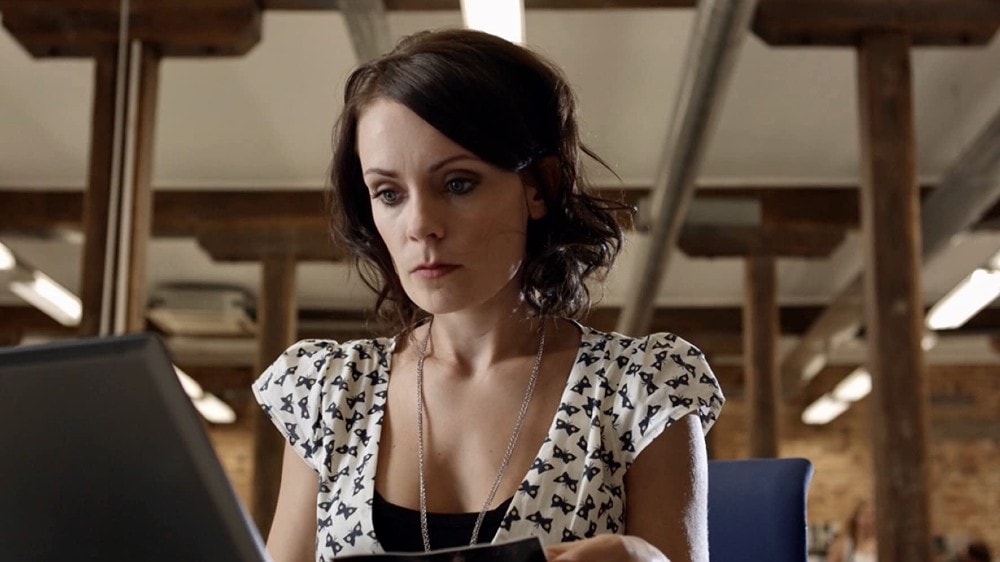 The only international show on the list, The Cult was created and produced out of New Zealand, though it has also been broadcasted internationally.

Sadly, it aired for just one season but finished out nicely with a two-hour finale to wrap it up.

In the series premiere, we find out that people have been mysteriously disappearing for the past few years and then turning up in a place they called “Two Gardens”.

As it turns out, Two Gardens is a cult led by a man named Edward North who sought out his members (and convinced them to stay of their own accord) due to a strange coincidence that he believes will lead them to an “era of peace”.

The series revolves around Edward and three members specifically – Andy, Gina, and Ryan – and the lengths their loved ones will go to save them from Two Gardens. 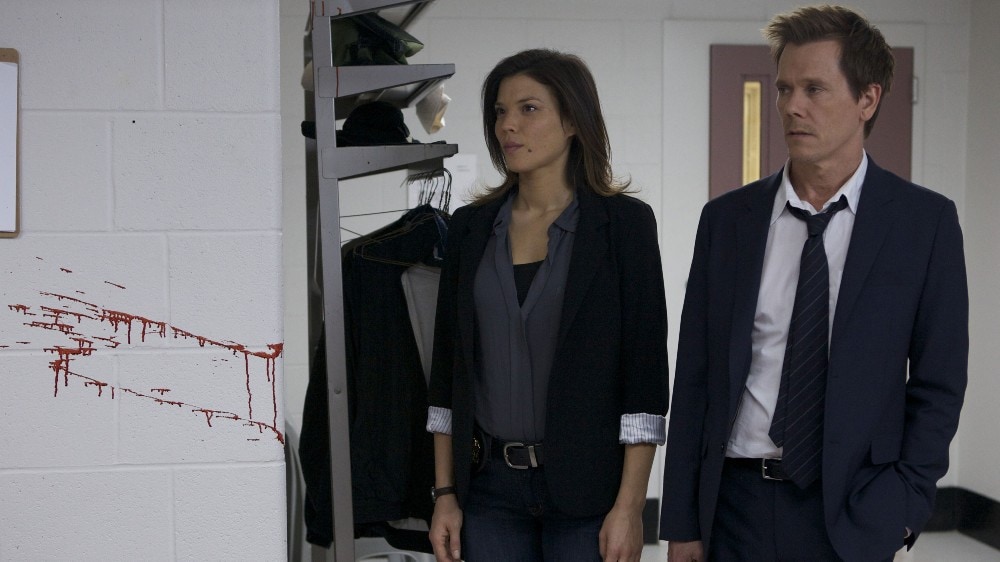 Fox’s The Following features not one but two crazy cults throughout its three-season run.

Despite somewhat mixed reviews from critics, many have praised its depiction of the collective cult mindset similar to the Manson Family’s, the use of violence to play out the terrifying aspects of the cults, and the performances of both James Purefoy and Kevin Bacon.

The Following starts out focusing on former FBI agent Ryan Hardy’s pursuit of serial killer Joe Carroll, who recently broke out of jail and formed his own cult of crazed killers. Every move he makes brings him closer to his end goal: to escape FBI custody and reunite with his ex-wife.

The second cult, led by Lily Gray, appears in the second season and still ties into Carroll, as they believe that Carroll faked his own death to continue his plan of escape. 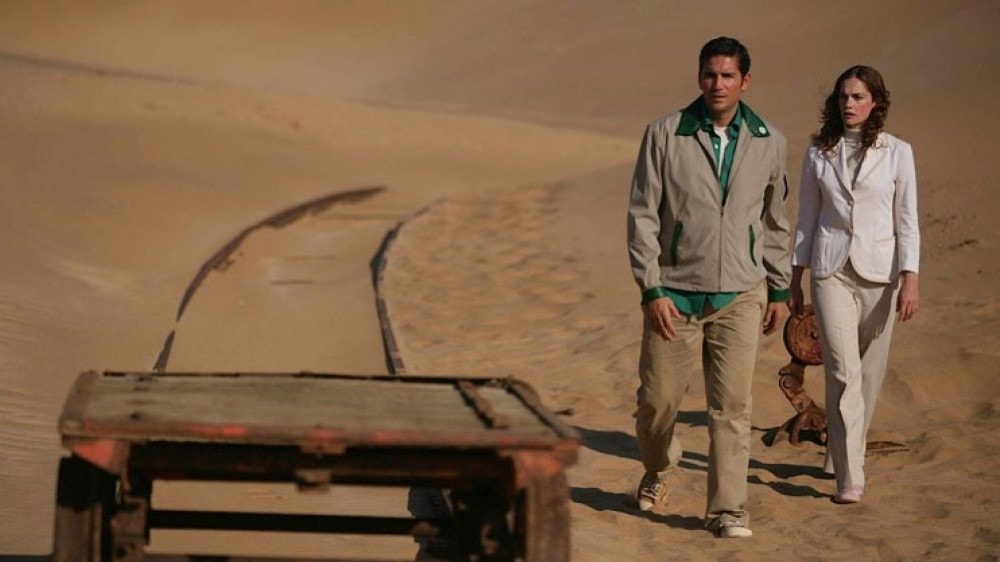 Lastly, we have a sort of two-for-one deal with the final show on the list, as we’ll cover both the original series and the modern reboot.

The Prisoner, released by British network ITV, first aired in 1967 for one 17-episode season and has since developed somewhat of a cult following (again, pun intended!).

That would probably explain why the 2009 reboot came to fruition in a six-episode miniseries: to bring the classic back to life and adapt it to modern times (the concept of the Iron Curtain in the original, for example, is obviously no longer applicable).

In both series, the storyline focuses on an unnamed young man who one day finds himself in a beautiful yet eerily inescapable Village, as he discovers it’s called. He has no memory of his previous life or even his real name and he, along with everyone else who lives there, is simply designated a number – his being Number 6.

Number 6’s experiences in the Village differ slightly between the original and reboot.

In the former, those in charge subject him to various techniques to extract information, lending to the assumption that he could have previously worked with the government as a spy. In the latter, on the other hand, Number 6 is consciously starting to remember details of his life that the Village leaders try to suppress.

Either way, The Prisoner has cemented its reputation as a TV show classic that effectively shows the constant battle between one’s agency and the hive mentality prevalent in cults.