One of NBC’s newest breakthrough shows of the year was Manifest. Loosely based on the disappearance of an entire Malaysian airplane over the Indian Ocean on Manifest we see Flight 828 go missing for five years, and then suddenly make a startling return. The kicker? All of the people on the plane is the same age they were when they left, and they didn’t think the flight had taken any extra time. Everyone else? They aged as they normally do, and it’s a wonder that the government didn’t kidnap them all to experiment on them. Except, it seems like they did to the ones they could get away with.

This show easily captivated viewers because it covered a prompt that had kept people guessing for years already, and was one of the most obsessed over news stories of 2014. Conspiracy theories ran wild. Therefore, it’s no wonder that Manifest eventually, well, manifested, to answer a lot of questions people had.

This first season was chock-full of fun times and crazy occurrences. But it ended up leaving more questions asked than answers given. So, let’s take a look at some of the most important questions we need Manifest season 2 to answer!

How did the gunfight end?

Hopefully, we will get an answer to the first question we need answered in the first episode of Manifest season 2. Because we want to know how did the gunfight between Jared, Zeke and Michaela ended! In the Manifest season 1 finale, Jared and Zeke were grappling. Michaela dove in, and a gunshot sounded. But we have no idea who was hit, if anyone, and where this might end up. The tension between Michaela and Jared, and the jealousy Jared had of Michaela and Zeke’s relationship, kept the whole situation feeling tense and extreme.

Jared was clearly driven by jealousy. Though Zeke did do a few questionable things that definitely support Jared’s theories. It’s also too easy to support Michaela’s opinion as well, defending a man who feels both lost and alone as he tries to fight his addiction. So, we hope that season two will clear this up right away.

Okay, but why is Cal so special?

We love seeing Cal be involved in more episodes. But we also have to wonder why he seems to be the Chosen One. Is it because he’s the only kid we see on the flight? Does it have to do with him having had cancer? Or about how he managed to cheat death thanks to the cure that now exists?

We also want to take into account the fact that Saanvi was the doctor who discovered the all-important research five years ago, and that she sent it out right before disappearing on the flight for five years. This is what ultimately saved Cal’s life, and it honestly feels like it was on purpose. But the whole debacle couldn’t have been to save just one little boy’s life, could it?

Cal seems to have stronger callings than anyone else on Manifest and is able to feel what other survivors feel. He is seemingly the catalyst for everything and everyone and might be the only one who truly saw what happened when the flight vanished, as his window was the only one with the blinds pulled up. So, hopefully even as the mysteries lengthen, we still learn more about what makes Cal Stone so special.

How long can Saanvi hide the blood markers?

It seems like Saanvi is playing the long game with the blood markers that set apart the survivors of Flight 828. And we wonder how long she can get away with dodging the truth. As more people become involved and learn about them it will be harder for her to cover it up. Before long, we will probably see the knowledge becoming public, and we can only wonder what this will mean for all of the survivors. 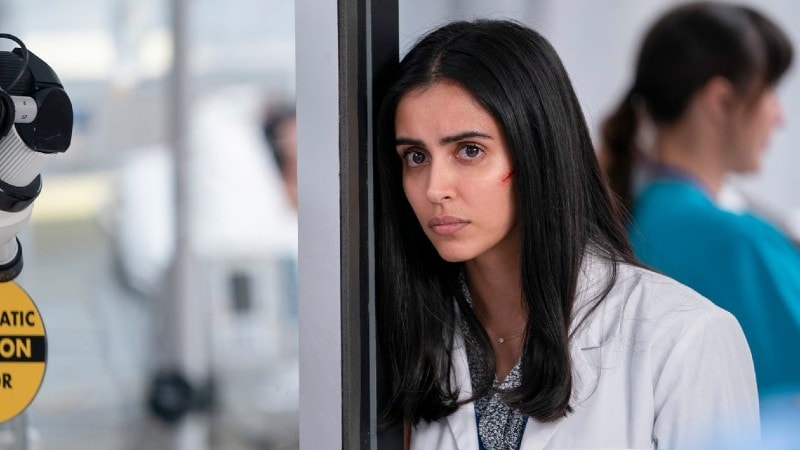 Will Fiona and the pilot return?

One of the best surprises of watching Manifest is that we are learning that Flight 828 is not a one-time occurrence. And that there are other “survivors” out there from different experiments. The original pilot of Flight 828 went a little crazy because everyone blamed him for the plane’s disappearance. And even his family rejected him. That’s enough to drive anyone off the deep end.

He became obsessed with the idea of crossing over again and took survivor Fiona on a ride of her life because he believed she knew more about the situation than she let on. That’s because Fiona actually specialized in theories about the mind connections all the survivors had, and it seemed super suspicious.

They vanished in a storm of dark lightning, and we need to know if they are going to return and when. This could help give some much-needed answers and closure. Or even lead to more mystery.

Are we going to see more of Danny?

You can’t help but be confused over who you support when it comes to Grace’s love life. Of course, you want Ben and Grace together, because they are parents and clearly had a great marriage. But Danny stepped in for Grace and Olive when they needed someone to care deeply for them. Danny even stepped out of the picture when Ben returned out of respect for Grace’s wishes, even though he clearly loves both Grace and Olive.

It was kind of annoying to see how Grace flip-flopped, and she should have been 100 percent honest from the beginning about Danny. But, now that we know she is pregnant, she should probably let Danny know since she doesn’t know who the father is at the moment. The odds are that it is Danny’s baby, and though Ben would love the baby as his own, it’s not his place to decide whether she tells Danny. Luckily he seems like a genuinely great guy and would be a fun permanent addition to the show.

Sadly, it looks like Manifest season 2 will air mid-season, so sometime late 2019 or early 2020. However, although we don’t have a specific date for the season 2 premiere yet, at least we do know that the second season of the series is imminent. And that some of these questions will surely be answered. So let us know what questions do you want Manifest season 2 to answer in the comments below. And until then check out our other articles on new NBC shows and beyond.