An age-old debate that’s clearly divided is on whether or not ghosts are real. Sure, there seems to be a lot of seemingly irrefutable evidence of them on the internet, but skeptics will always clap back with “that video/picture was obviously edited!”.

Personally, I’ve always been a huge fan of the horror genre so in the above debate, I’m definitely on the pro side – ghosts are real.

Halloween is my favorite holiday, I sometimes have scary movie marathons by myself, and I even enjoy the low-budget B-movies with predictable jump scares and bad special effects. I mean, there’s probably only a handful of horror movies that I haven’t seen.

However, I’m also a huge scaredy-cat. I know, weird, right? I can’t sleep alone in a pitch dark room or sleep with my back to open spaces, and I will screech if something goes bump in the night.

With that being said, the last thing I’d ever want to happen to me is to have the ability to see or communicate with spirits.

In the shows on this list though, mediums are at the forefront: the characters can see, hear, or communicate with ghosts and in some cases, even help them pass on into the next life.

It’s a mix of eerie and fascinating, and these mediums certainly handle their “gift” (if you want to call it that) with grace!

In NBC’s The InBetween, Cassie Bedford is a clairvoyant and a medium – abilities that she was born with and has had to deal with her whole life.

She sometimes has visions of the past or the future, and she can communicate with troubled spirits still roaming our world – sometimes leading her to help them find peace and move on.

Instead of running from her abilities, she learns to cope by using them to help the city’s police force solve their more complex cases. 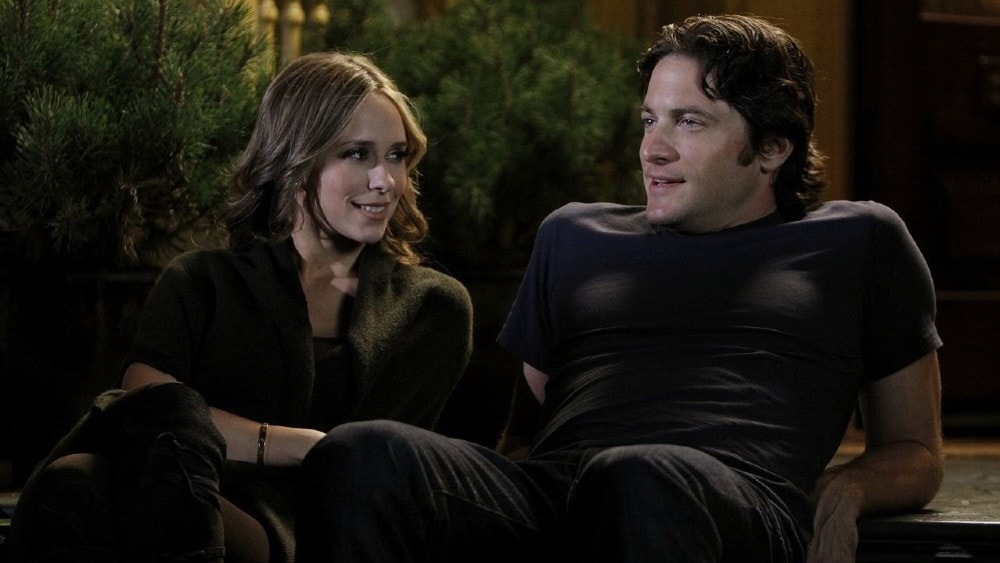 CBS’ Ghost Whisperer tells the story of Melissa Gordon, a New York woman who’s trying to live a normal life as a wife, mother, and antique shop owner. Her gifts as a medium, however, often get in the way of that.

The spirits she encounters at first seem to be menacing or dangerous, but it’s often because they remain tied to the physical world due to their own guilt, leaving them confused and preventing them from crossing over into the spirit world.

Melissa, assisted by friends, colleagues, or those around her with similar gifts, takes it upon herself to help these earthbound and restless spirits find peace with their unfinished business. 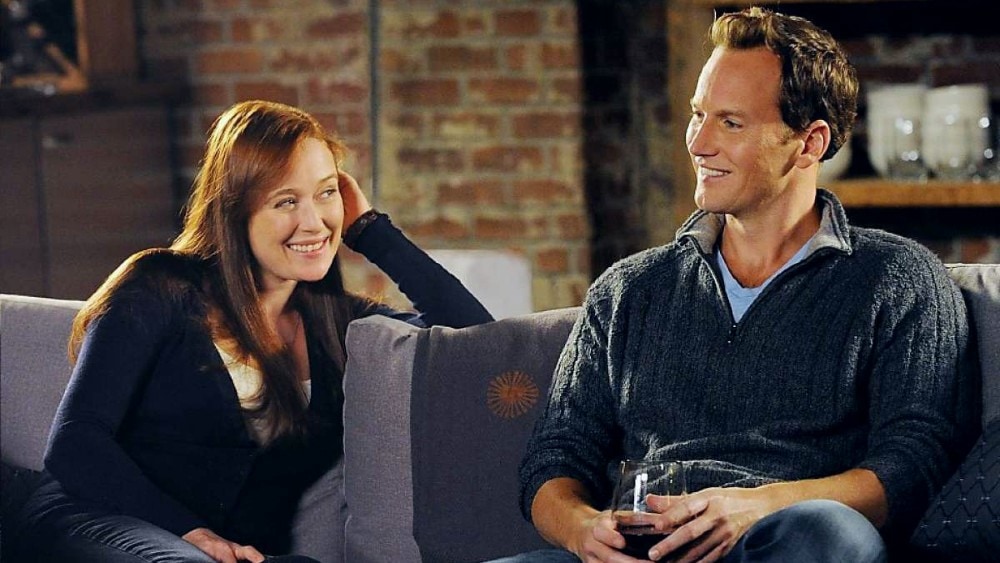 Before Patrick Wilson took on the role of renowned paranormal investigator Ed Warren in The Conjuring movie franchise, he was a man haunted by the ghost of his recently deceased wife.

He plays Michael Holt, a successful New York City surgeon with a wealthy clientele that allows him to become accustomed to the luxurious and privileged lifestyle.

Before the car accident that took her life, his wife Anna was the director of a free clinic for underprivileged patients. Now, Anna has returned to Michael’s life in the form of her spirit, and all she wants is for him to continue her work at the clinic – a task that turns his life and his perspective on life upside down. 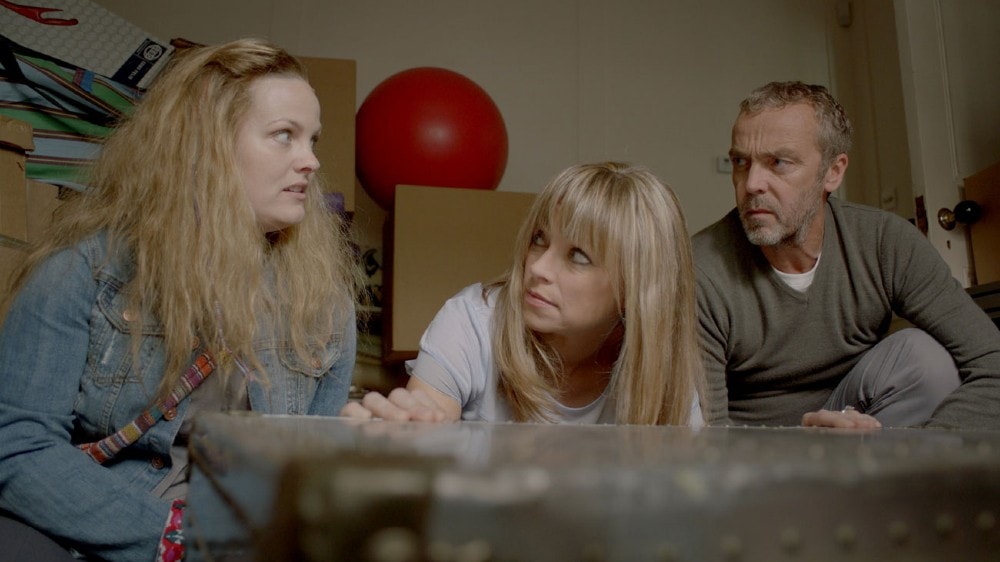 Marley’s Ghosts is a two-series British sitcom from Gold that takes a more humorous perspective on a pretty unfortunate situation.

In the case of Marley Wise, it’s not even her ability to see and speak to the dead that’s troublesome – it’s the three ghosts that she can always see and who seem to have decided to stay in her life.

Who are they, you ask? The first is her husband Adam, who died after choking on a chicken bone. Second, her workplace lover Michael, who died in a car accident involving a vicar – who rounds out the trio haunting Marley.

As if her life as a British magistrate wasn’t complicated enough already! 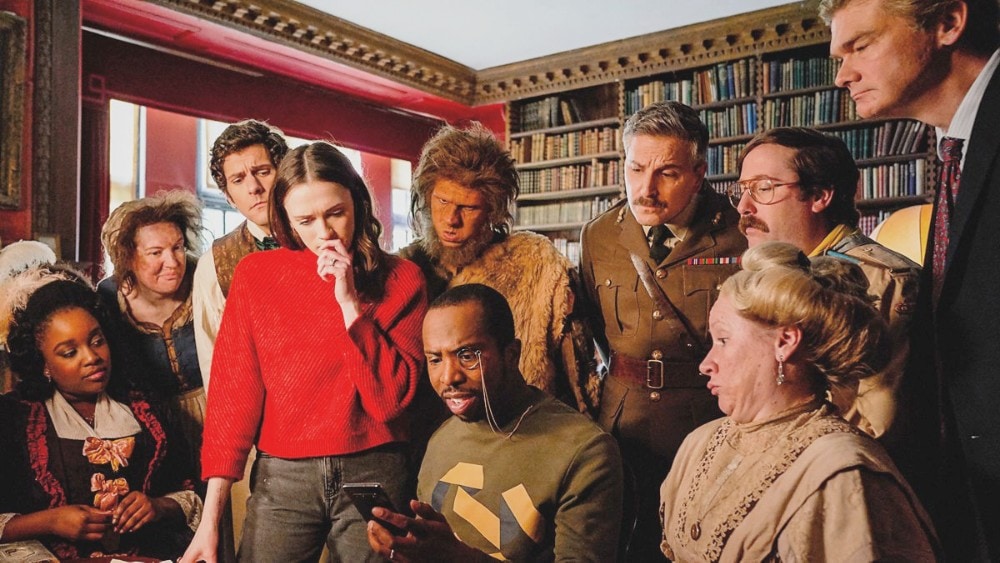 Speaking of British sitcoms, there is another one we just have to mention here.

BBC One’s Ghost follows Alison and Mike, a young married couple who unexpectedly inherits Button House, a huge mansion that they plan to turn into a luxury hotel. Little do the Coopers know that the house is haunted.

When the ghosts’ plan to haunt the couple out of the house causes Alison to fall out of an upstairs window, she dies for 3 whole minutes and slips into a coma. However, when Alison wakes two weeks later, she suddenly can see ghosts.

So, now Alison has to learn to co-exist with the ghosts which is especially challenging because the ghosts don’t want Mike and Alison to convert the house into a hotel. 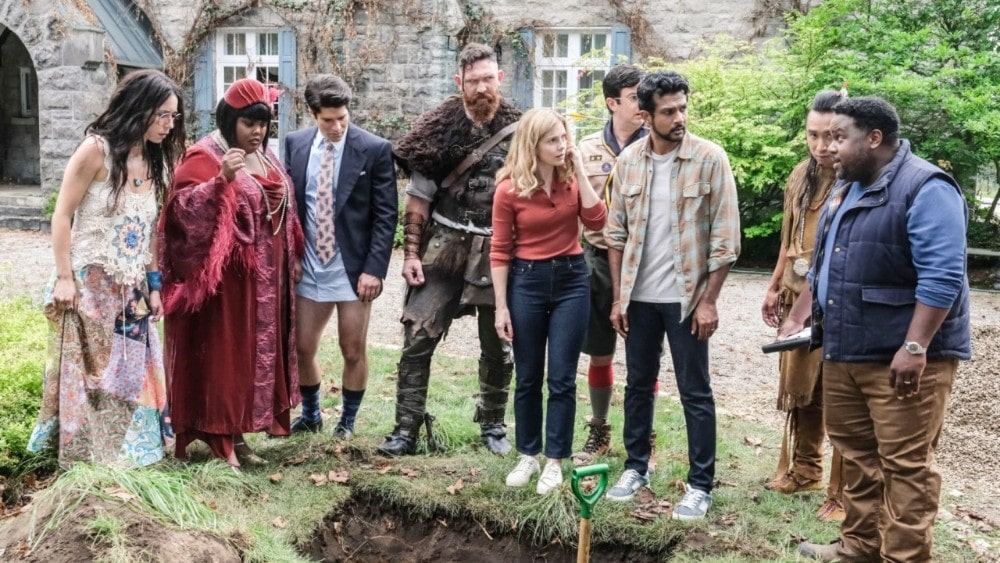 Like the premise of the previous show but are more partial to American sitcoms? Well, you’re in luck then because CBS just did a reboot of the British comedy that has become quite popular.

Much like with the original series, CBS’s Ghosts follows Newyorkers Samantha and Jay, who move into an old country house after Sam inherits it from a distant relative.

The couple plans to turn the mansion into a bed & breakfast, which is an idea the ghosts do not like. So they decide to start haunting the house to make the Arondekars leave. But as with everything the ghosts do, they go a little overboard with the haunting and cause Sam to fall down the stairs.

When Sam wakes up from her near-death experience she realizes that she can see ghosts. Which means that now she has to get used to co-habiting the house with a bunch of eccentric ghosts. While Jay has to learn to go with all the crazy shenanigans Sam and the ghosts get into. 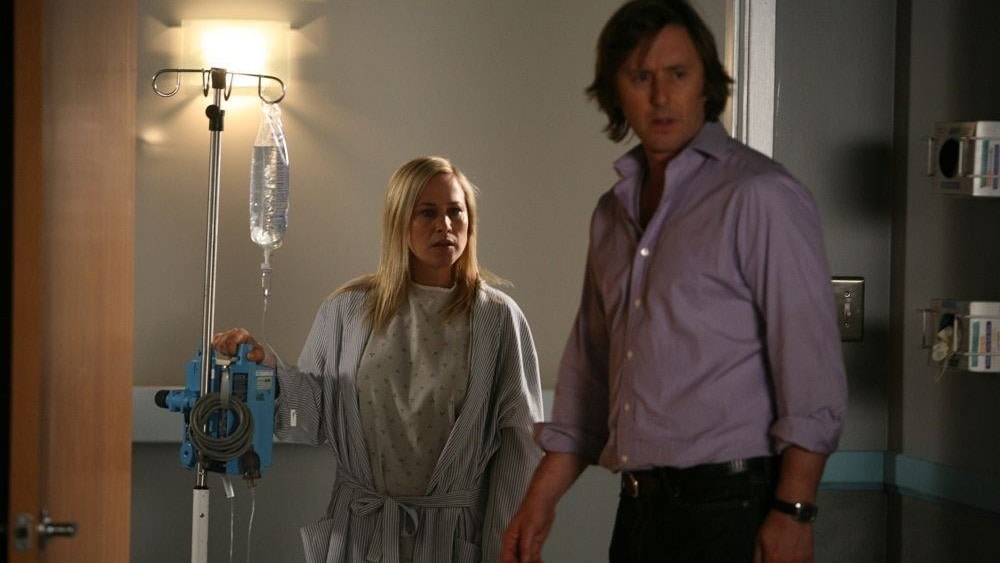 The medium in question in the CBS series (originally at NBC) Medium is Allison DuBois, a wife, and mother of three daughters – whose character is based on the real-life purported medium of the same name.

In the series, Allison can not only communicate with the dead, but she also has dream visions of events both past and future.

She began as an intern at the Phoenix District Attorney’s office but when a dream she has leads to the successful solving of a murder case, she begins a career as a consultant for the DA’s office, battling both the skepticism of the DA himself and her own husband, and helping her daughters cope with the gift they’ve inherited from their mother. 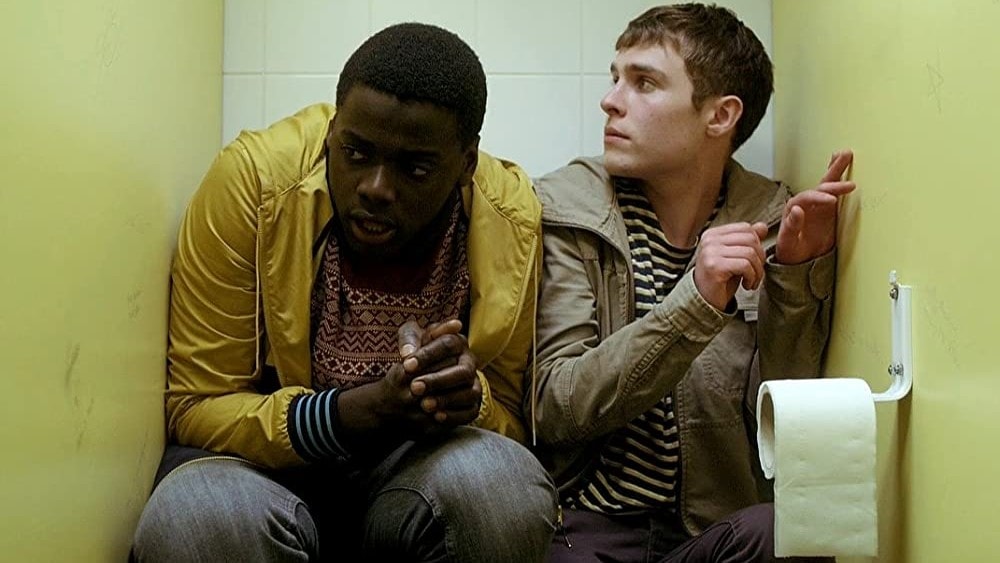 Paul Roberts is a seventeen-year-old boy who likes to keep to himself, limiting his social interaction to just his best friend Mac. Oh, as well as the vengeful ghosts he often encounters, of course.

They are called the Fades, and they’re the hateful spirits of people who have not been able to ascend and have harbored bitterness towards the living.

The Fades have discovered a way to regain their ability to touch things in the physical world, leading to the beginnings of a possible war between the dead and the living.

Only Paul can see them, but he gets the help of Mac and his twin sister Anna to prevent the Fades from destroying the human race. 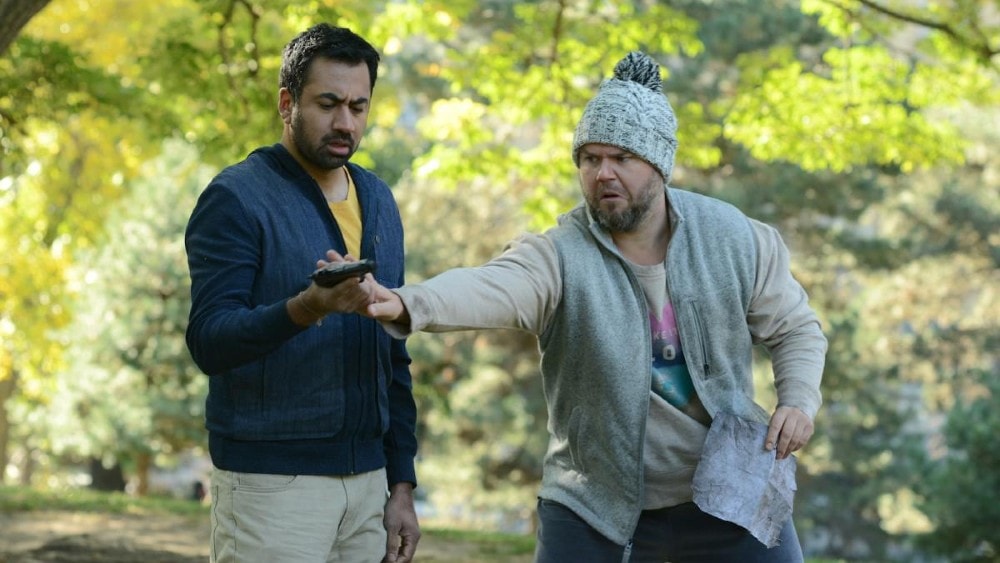 Hulu’s supernatural comedy Deadbeat follows the story of Kevin “Pac” Pacalioglu, a young and lazy stoner who works as a medium for hire.

With the help of his best friend and fellow stoner Roofie, the pair attempt to communicate with ghosts to figure out their unfinished business in order to help them find peace and cross over – including the ghost of a girl he tried to date who’s now living in his apartment.

It’s all well and good until he encounters Camomile White, a young woman faking her way as a medium and whom Pac is desperate to stop before she causes damage to the people she claims to be helping. 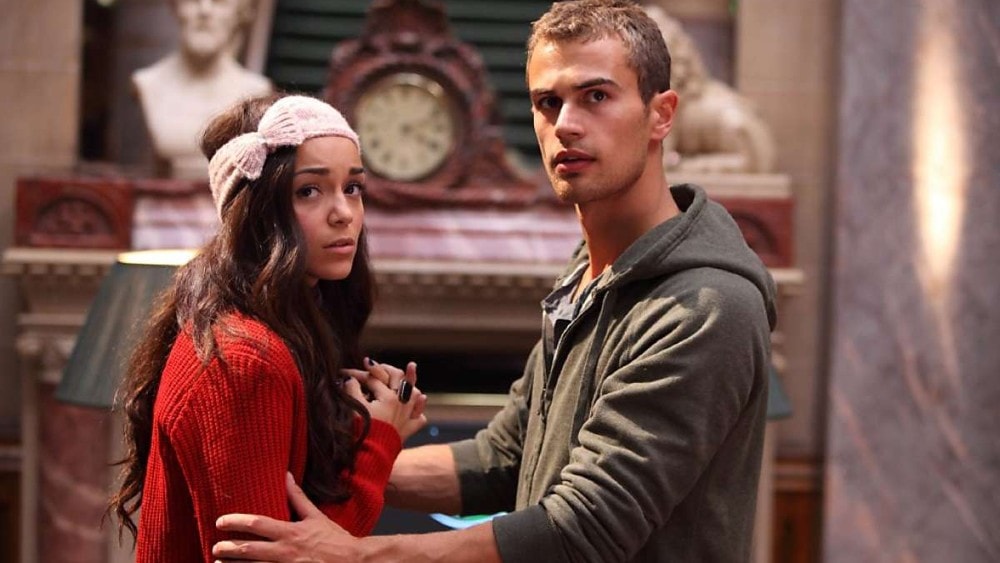 Abandoned buildings are creepy enough on their own but when it’s a former mental asylum, that adds a whole other layer of eeriness.

In Bedlam, a former asylum was shut down after reports of patient mistreatment were discovered, and the building was renovated into a block of lavish residential apartments called Bedlam Heights. Naturally, the site is home to malevolent spirits and violent hauntings.

Jed Harper is a new arrival to Bedlam Heights and he has a certain skill set that’s perfect for the place: he can see ghosts and even has visions of their deaths, making it his job to discover the ghosts’ motive and stop them. 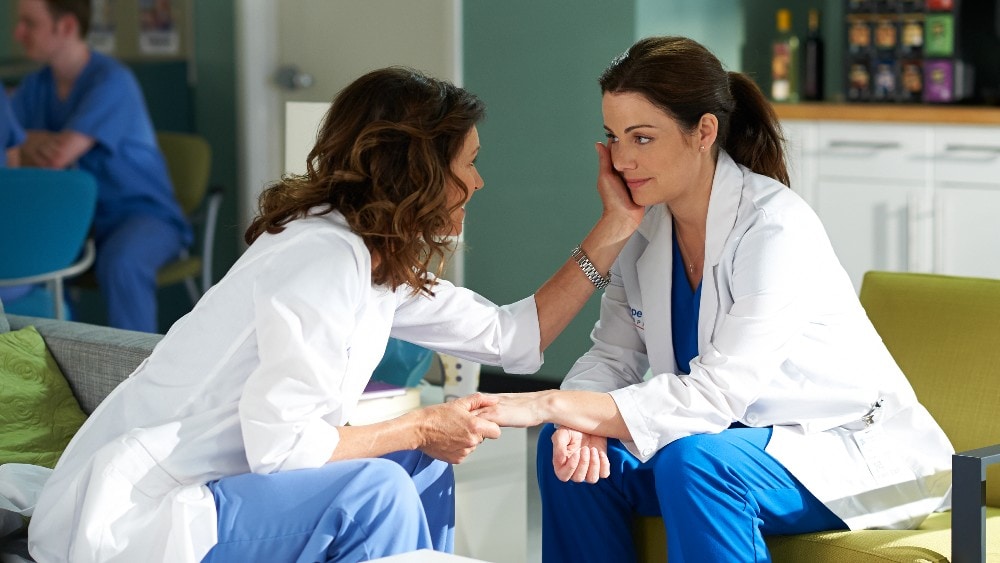 The first season of CTV’s Saving Hope doesn’t technically tell the story of a medium but rather brings in a unique, opposing perspective: that of Dr. Charles “Charlie” Harris, who’s in a coma after a car accident and decides to up and leave his body to roam the hallways of the hospital he’s confined in.

His fiance, Dr. Alex Reid, continues to hold out hope that he’ll survive and wake up while struggling to deal with her own surgical patients.

When Charlie does eventually come out of the coma, that’s when his gifts as a medium kick in – now he can see the spirits of comatose and dead patients! 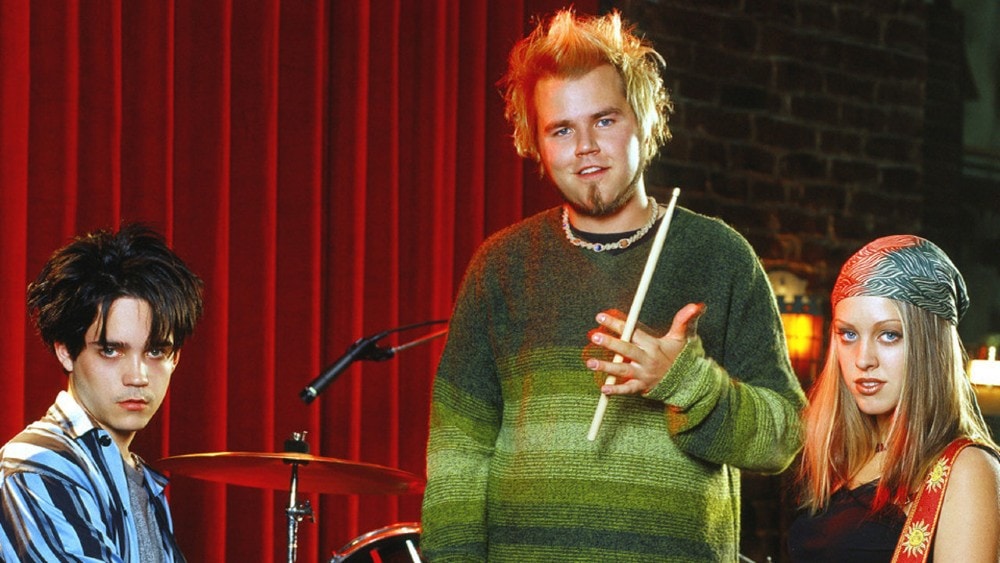 Dead Last was another comedic take on the plight of mediums – though, the mediums in question here were, well, accidental.

The three members of a fictional band called The Problem stumble upon a magical amulet that gives them the ability to see and communicate with spirits.

Since they can’t get rid of it, they reluctantly take on the task of helping the spirits figure out what’s keeping them here, fix it, and move on to the next life.

This proves to be a particularly challenging task when everyone around them seems to think they’re crazy, and all they want to do is work on their music, uninterrupted by ghosts. 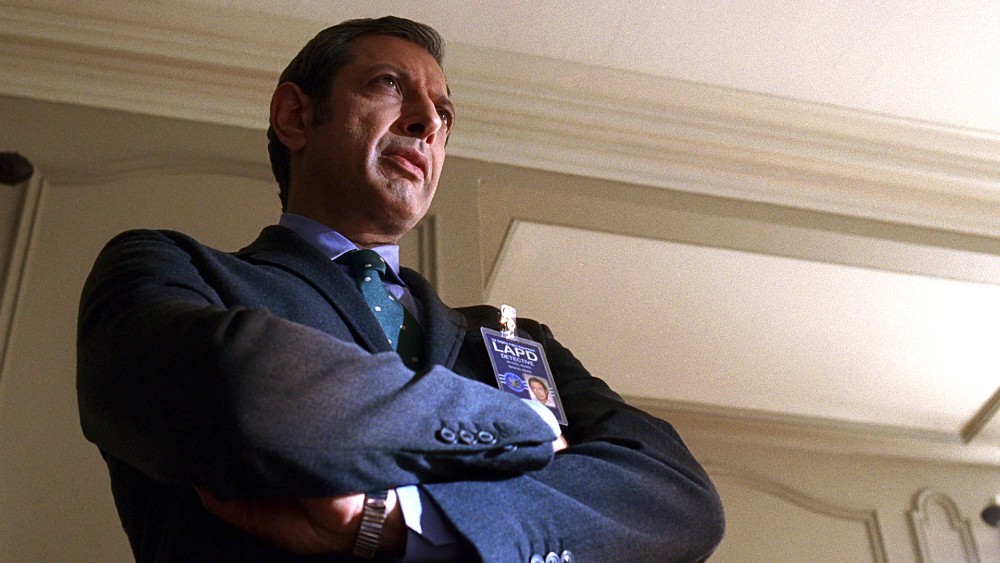 The last show on our list may have also been short-lived, but seven episodes of Jeff Goldblum as the protagonist will still be a gift that never stops giving.

In NBC’s Raines, he plays the titular Michael Raines, a brilliant but eccentric homicide detective. At the start of the show, he has just lost his partner in a shootout but thanks to his ability to hold conversations with the dead, still relies on his help to solve crimes.

Raines also receives assistance during investigations from the victims themselves! They’re hallucinations, of course, and he knows that – but they’re great sounding boards while he searches for their killers, and they disappear as soon as he does, too.