I’ve said this here many times but let me just say it again: I. LOVE. ALL THINGS. HORROR. Give me all the ghosts, zombies, ghouls, vampires, and hauntings and I will be a very happy camper. I might be sleeping with all the lights on for a few days but would that ever stop me from having a scary movie marathon or binge-watching a horror series? Never.

Some people might think that a story about ghosts and hauntings is great for a movie, but not so much for a series. After all, how much can you stretch out the story to keep viewers hooked over several episodes?

Well, the shows on this list do exactly that – take a story of a haunted house and spin it in ways so unique that no plot is similar to any other, and each show is never what you expect it to be. Not to mention the unscripted shows, too, because there’s nothing like real-life scares to get you in the spooky mood!

Watching these TV shows about haunted houses could end in either of two ways: it’ll have you actively seeking a ghouled-up residence, or you’ll be hoping to the heavens that you never encounter one your whole life. Either way, horror genre lovers are going to feel right at home here.

So sage your home to ward off evil spirits, turn the lights off, make sure no one’s standing behind you (you’ll want to double and triple check this one), and get settled in. Let’s kick off our list of the best TV shows about haunted houses! 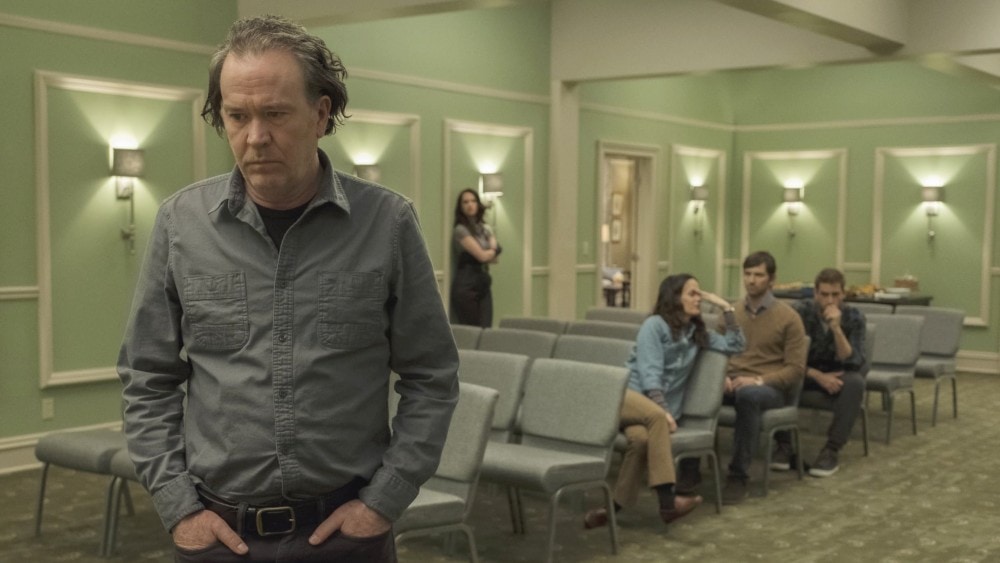 The Netflix original The Haunting of Hill House is undoubtedly one of the best productions in the genre (at least in my humble opinion). It’s not your typical ghost story with jump scares; it’s a heartbreaking family drama told through a complex alternation of the present timeline and flashbacks.

In the present, a tragedy has struck the Crain family – Hugh and his five adult children – and we see the unfolding of recent events that led to it.

In between, we’re taken back to their childhood in 1992 so we can understand how their home, Hill House, and its paranormal mysteries affected their personal lives even after they fled from it that fateful night.

The eeriness of The Haunting of Hill House permeates throughout even the most mundane parts of the story without the need for too many jump scares – and you’ll want to keep your eyes peeled for all the hidden ghosts, too! 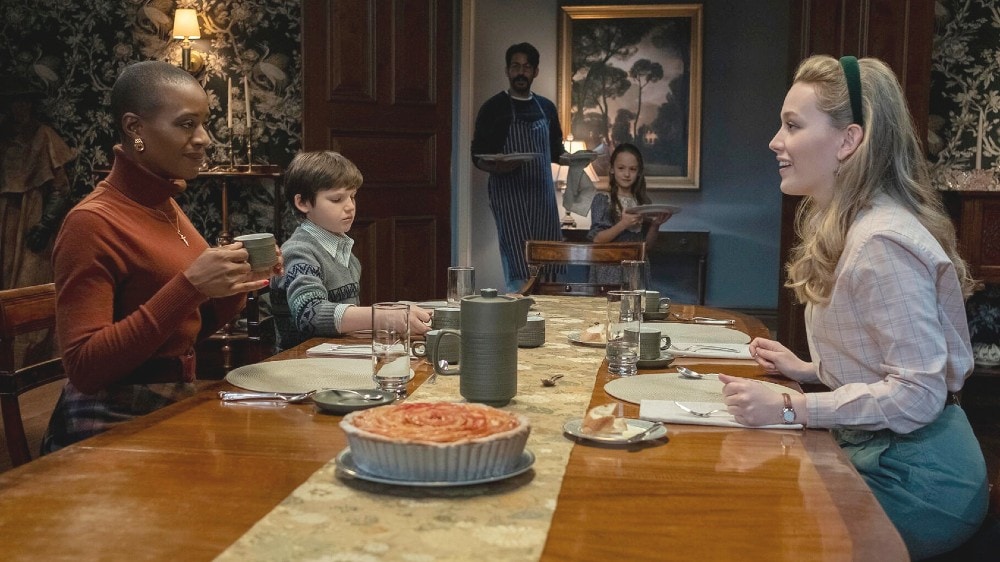 Mike Flanagan returns for the second installment in his The Haunting anthology series following the aforementioned Hill House, bringing several of the cast members with him.

Like Hill House, The Haunting of Bly Manor uses more than jump scares to deliver the horror. Instead, there’s a giant mystery at its center that’s surrounded by a constant, pressing sense of foreboding.

On the other hand, unlike its predecessor, Bly Manor is an incredibly tragic love story told through a mysterious storyteller to the guests at a wedding – a love story about Dani Clayton, an American au pair who takes a job looking over the two Wingrave children at the beautiful Bly Manor in the British countryside.

However, strange apparitions haunt the estate grounds and in order to protect the children, Dani is determined to get to the bottom of it. 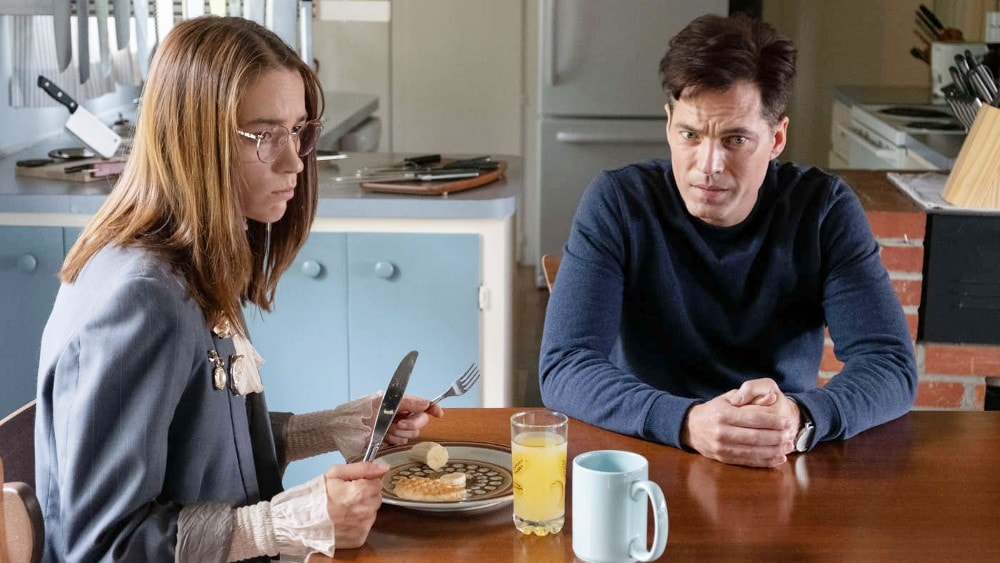 While many of the shows on this list of the best TV series about haunted houses deal with one specific house, SyFy’s SurrealEstate switches things up by dealing with a new haunted house every week.

SurrealEstate follows real estate agent Luke Roman and his team at The Roman Agency as they handle a different haunted or possessed property each week.

From haunted houses and lake cabins to recording studios and more, during the course of the first season, we see Luke and the team deal with cases of all spooky variety with one end goal in mind – to help their clients sell their properties.

Wynonna Earp fans will love this series since it stars Tim Rozon and Wynonna herself Melanie Scrofano not only directed 2 episodes but also guest-starred on one. And since the show was recently renewed for season 2, you can expect many more haunted houses in the near future. 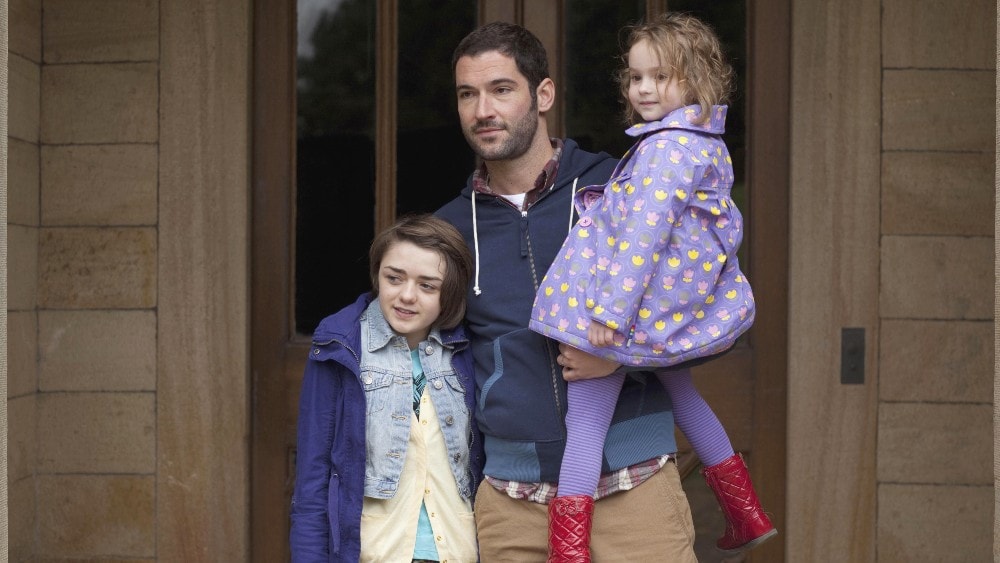 Most haunted homes are hiding a dark secret from their past, and the titular home in The Secret of Crickley Hall is no exception. This BBC adaptation is a three-episode miniseries based on British author James Herbert’s 2006 supernatural thriller novel of the same name.

For viewers to better understand the secrets of Crickley Hall, the series unfolds across two timelines telling parallel stories: the first follows the Caleigh family, who move into Crickley Hall a year after their son Cam goes missing, while the second timeline takes us back to 1943 when Crickley Hall was used as an orphanage for children evacuated during the Second World War – where a different kind of tragedy occurred.

The ghosts of the home’s past come back to haunt the Caleighs, but will this also help them find their missing son? 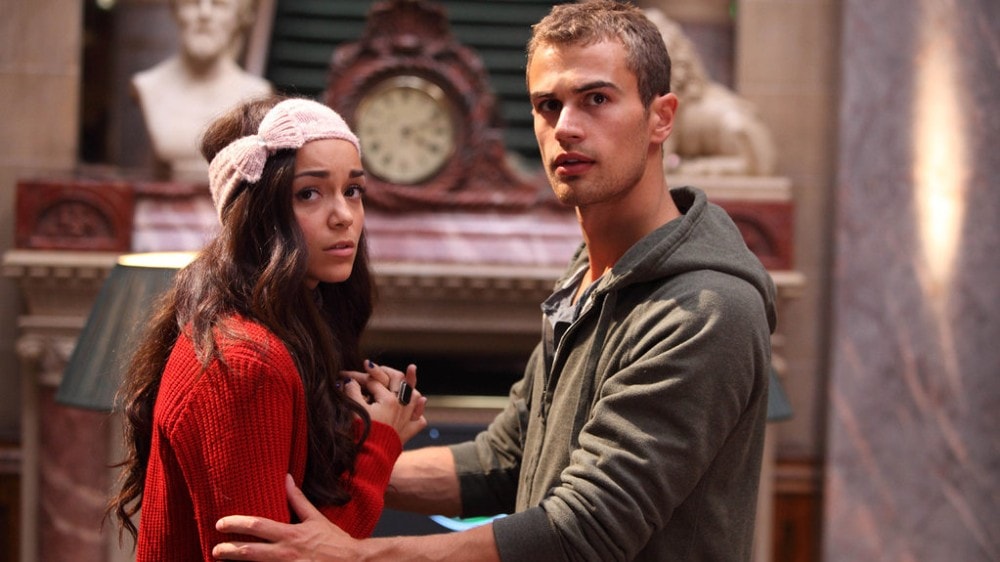 I don’t know about you guys but if I found out an apartment had been remodeled from a former mental asylum, I would definitely have second thoughts about moving in – no matter how beautiful it is!

In Bedlam, the haunted home in question is called Bedlam Heights and is exactly that: a block of fancy residential apartment homes that were rebuilt on the grounds of an abandoned mental institution.

Jed Harper has just moved into the neighborhood, and his pre-existing ability to see ghosts and how they died is certainly coming in handy.

The spirits trapped in Bedlam Heights are determined to reclaim the property as their own and seek revenge on the family that owns both the home and the asylum before it. Now, it’s up to Jed to foil their destructive plans. 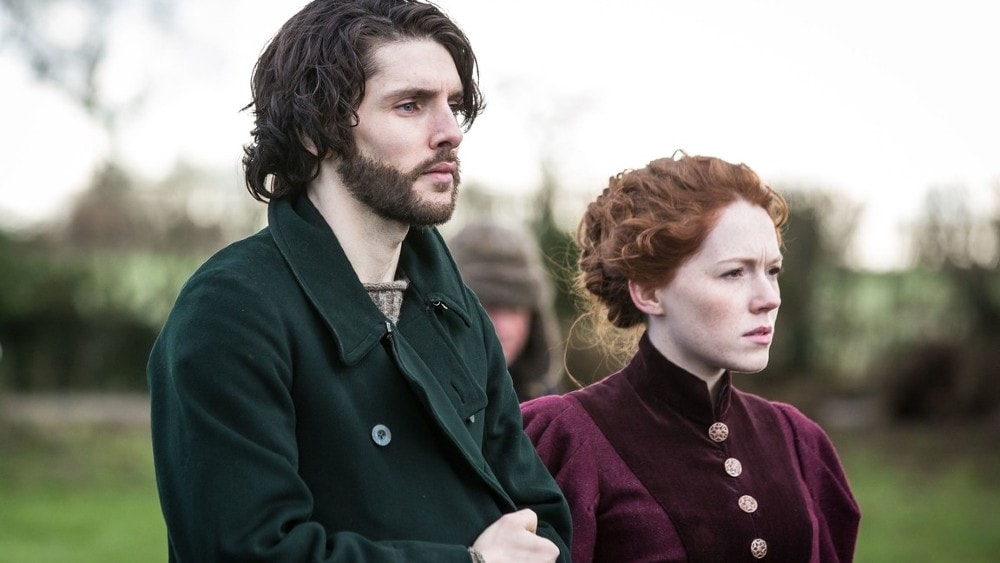 BBC adds another supernatural horror miniseries to the list with The Living and the Dead, which aired over six episodes in 2016.

Set in the late 19th century, The Living and the Dead follows Nathan Appleby, a psychologist, and his wife Charlotte, a photographer, as they move into Nathan’s family estate in Somerset after his mother’s death.

The farm is famed to be the location of many supernatural occurrences, and Nathan is hellbent on proving the existence of the afterlife.

From a teenage girl’s evil possession to the ghosts of soldiers appearing on the anniversary of a major historical battle, Nathan and Charlotte must battle with them all. As the ghostly apparitions begin to show up around town and his marriage is also affected, details are revealed both about Nathan’s past and his future. 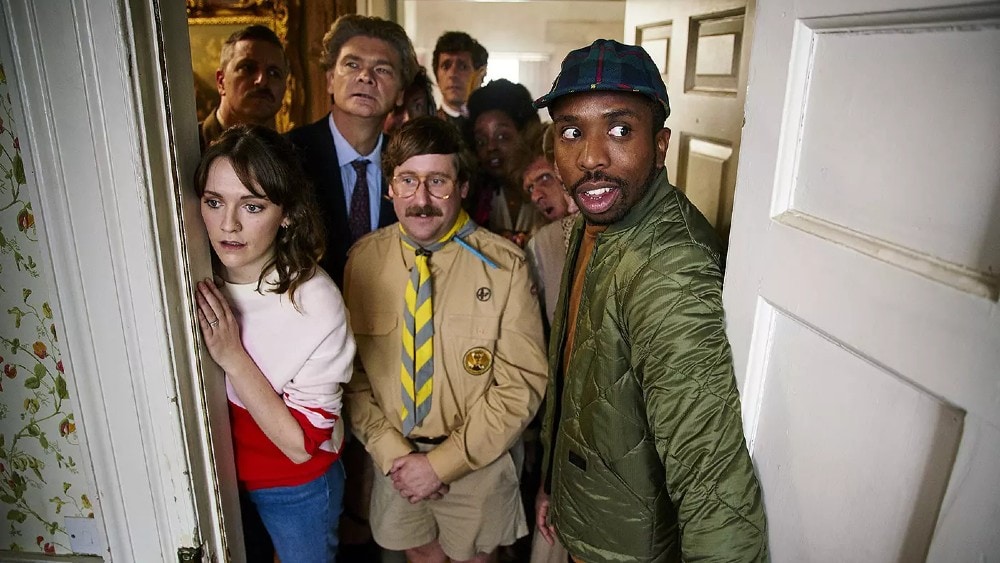 We’re moving away from the heartbreak and drama a little bit with this next show from BBC One. Ghosts is a horror sitcom with three seasons currently under its belt.

The show follows Mike and Alison Cooper, a young married couple who are trying to find their first home to settle into. Out of nowhere, Alison inherits an old and run-down mansion from a distant relative, and they set into motion their plan to renovate and turn it into a luxury hotel.

What they don’t know, however, is that the house already has inhabitants – some unfriendly specters who wish not to be disturbed by the living.

After a (sort of) accident that gives Alison the ability to see and hear them, will they learn to coexist in peace? 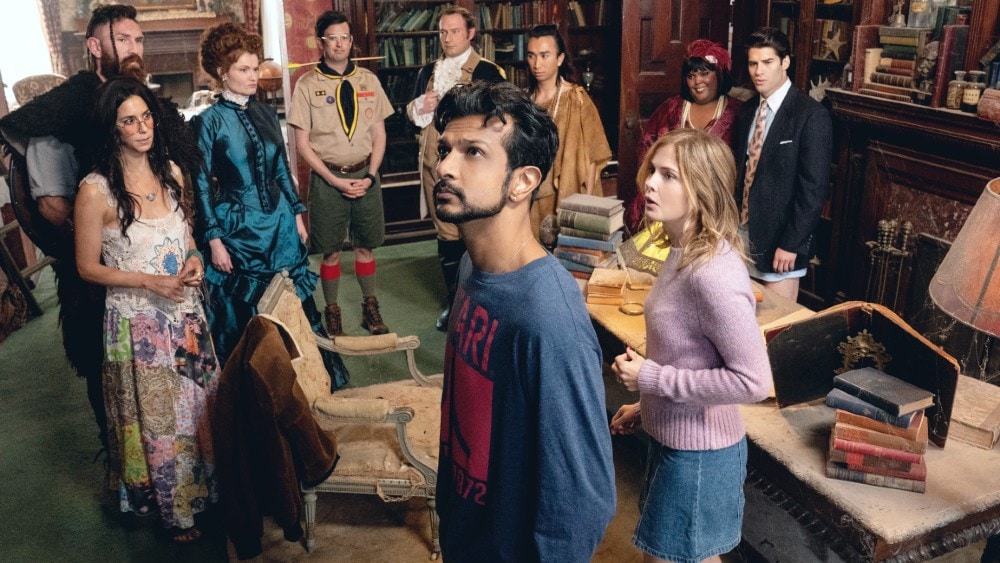 As the name might suggest, CBS’s Ghosts is an adaptation of the British series of the same name that started airing just recently but has already garnered popularity in the US.

Much like the aforementioned BBC One series, CBS’s version tells the story of Samantha and Jay, a married couple from New York who move into an old country house after Sam inherits the mention from a distant relative.

They plan to renovate the house and turn it into a bed & breakfast. But little do they know that the house is inhabited by the ghosts of the previous residents. And after a near-death experience, Sam suddenly can see the ghosts.

So, now Sam has to learn to co-habit the house with the rag-tag group of ghosts. While her husband Jay, although can’t see the deceased, goes along with Sam’s new ability and all the shenanigans that come along with it. 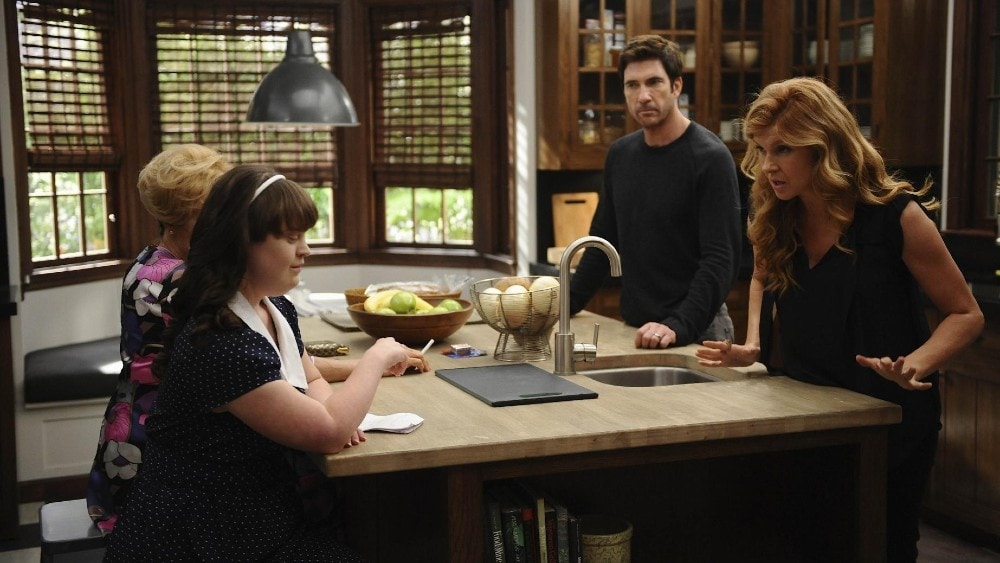 The season that set the foundation for one of the best horror anthology series of all time: American Horror Story.

This first season, Murder House, is one that I can guarantee you won’t stop watching until the very end – it’s a personal favorite of mine from the AHS anthology.

In a recurring theme similar to the previous shows,

follows the Harmon family as they move from Boston to La, becoming the newest residents of the haunted house in question. They’re yet unaware of the house’s bloody history (multiple deaths on the property) and the creepy secret that comes with it: that the spirits of those who die there are trapped in the house forever. However, the ghosts’ presence slowly starts to overlap with their lives and the effects of this secret become harder and harder to keep at bay. 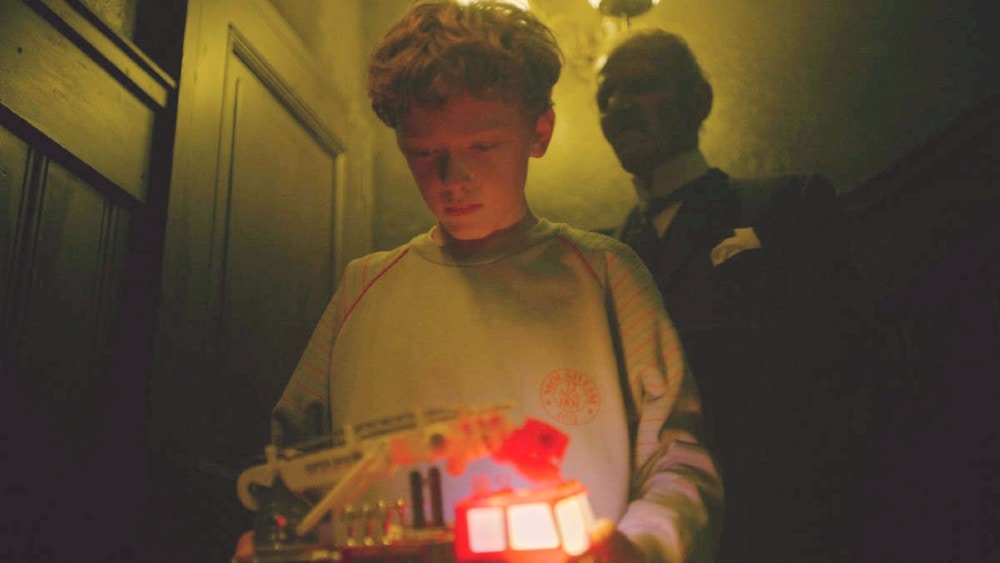 Haunted is a Netflix original series with two seasons and twelve episodes in total thus far. Luckily for fans of the show, a third season is set to be released this May 2021!

As a reality show, each episode tells a new story “based on real-life”, where the main characters recount their harrowing experiences with the supernatural and how in some cases, these events have continued to follow them to this day.

Some of these stories include a man’s traumatizing experience in a gay conversion program, disembodied children’s voices coming from deep within a well, a young boy who envisions a woman hanging in his closet, and many more terrifying stories.

It should be noted, however, that the lack of corroborating evidence for many of these tales has led viewers to doubt whether they are, indeed, “real life”. 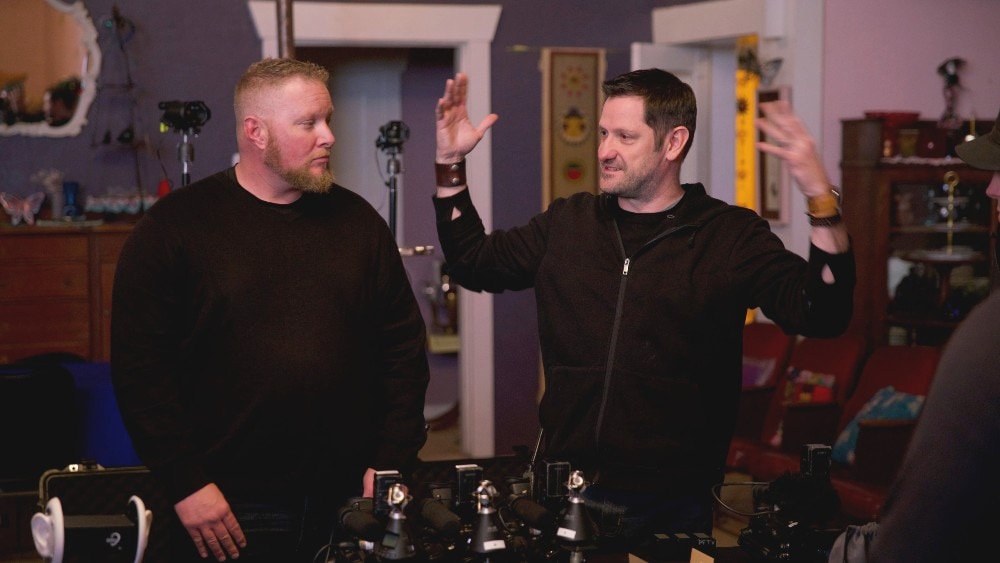 We all love a good paranormal investigation and Ghost Hunters is high up on our list of popular documentary shows that do just that.

In each episode, the Ghost Hunters team travels all over the country – with the occasional international travel as well – to reportedly haunted locations in order to conduct investigations that will either prove or debunk the fact that it is, indeed, haunted.

It’s always fascinating to watch them utilizing various equipment to check for audio and visual anomalies and sometimes, unexplained voices or movements are actually captured on screen!

Of course, there will always be a certain kind of skepticism and criticism surrounding shows like these but hey, it’s still fun to watch!