Black Mirror took the world by storm when it first premiered, as it was definitely an original show for its time. You see, it doesn’t really follow the classic chronological order of other television shows. Instead, there are three to six episodes per season that each tells their own story in no linear pattern and with no apparent relation to the other.

The best part about Black Mirror is that the episodes are truly haunting, and really make you think. You might not want to think about some of those episodes, but they stick with you. And often cause you to feel intense emotions about each episode.

But if you have the time to watch just an episode or two then this article is for you. Because in it we list the best Black Mirror episodes to watch if you want to try out Black Mirror and see if it is a cup of tea that you can stomach. So, without further ado and in no particular order, here are five episodes that can help you develop an opinion on Black Mirror. 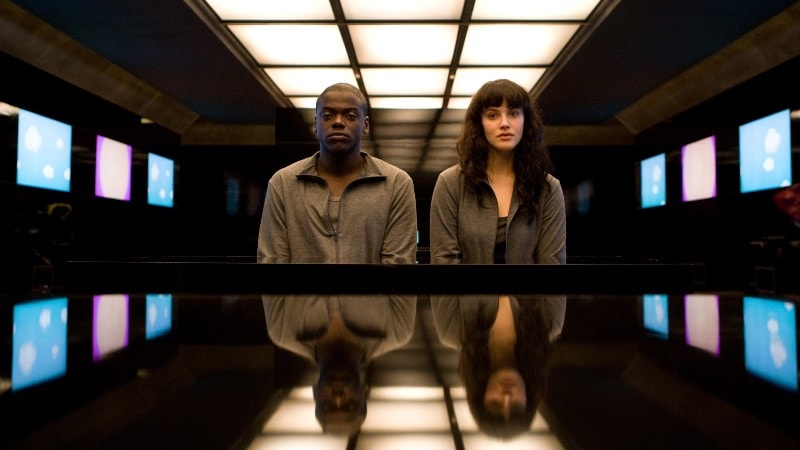 This Black Mirror episode really ends up sticking with you, because the characters start out so pure and with such strong intentions. Basically, a girl wants to sing on a television competition, but will never have the credits to do so. She works for credits and housing by providing power for the city grid by riding stationary bikes. A boy falls in love with her and gives her the credits to audition on this strange American Idol.

They trust each other and care for each other, and he thinks she has it in her to win. Instead, the judges pressure her to join up the adult content channel instead. And she is only seen on screen looking dead-eyed as she performs sex acts.

This isn’t the end though like you’d expect. The boy saves up enough credits to audition on the show and takes a piece of broken glass with him to the performance. He performs a dance but then threatens to stab himself in the neck as he makes a point to berate the entire system they live through by calling everyone out and raising awareness.

The result? He gets his own web show and lives in his own high rise apartment as long as he puts out a show consistently while holding the glass to his neck. 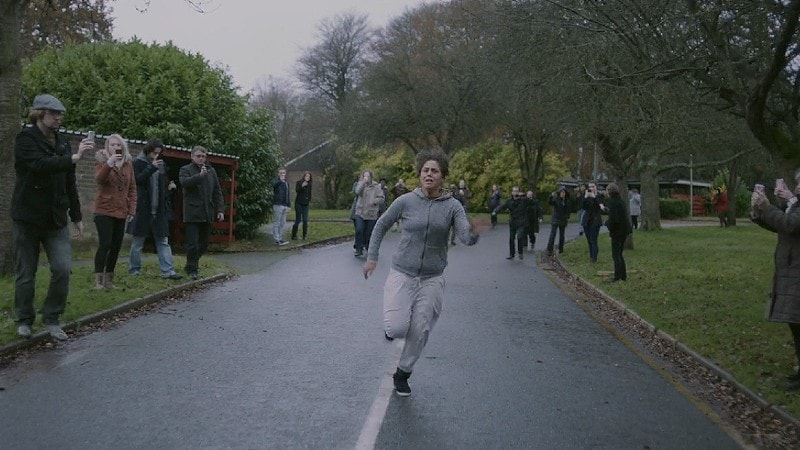 This episode honestly takes a crazy wild turn and is one of the best ones overall. You keep wondering what the “message” for this episode is because it seems to keep changing. A woman wakes up and everyone is refusing to talk to her, they’re just recording her on their cell phones. Is this a social commentary?

She fights through crazy masked people with weapons who seem out to kill her and teams up with another girl to try and go through with some crazy plan to end this signal that is put out on televisions and is causing a form on mind control on the citizens.

In the end, it turns out she is actually a part of a theme park and is constantly going through this series of events each day as punishment for a terrible crime that she committed in the past. It’s sick, but also, isn’t that just a fair punishment? 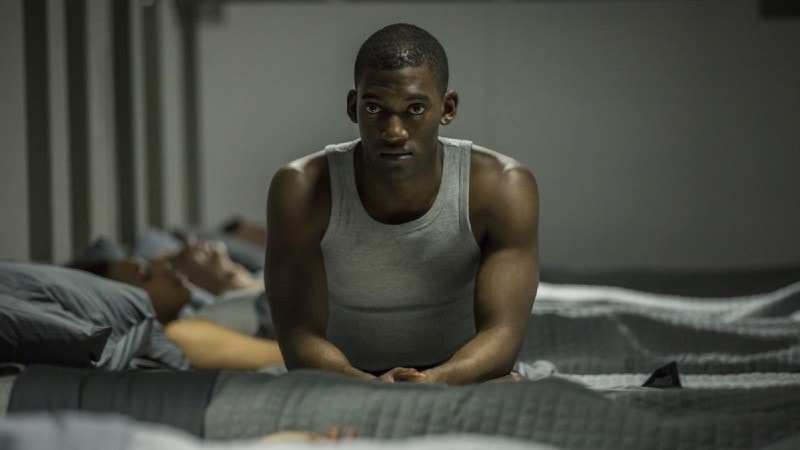 Then there is this episode. In it, weird mutated humans have taken over the world. And elite soldiers are trained and given the tools to identify them. They look like freakish zombies and attack humans, so it is up to the soldiers to eradicate the “roaches” and keep the world safe.

One soldier starts to realize that the “roaches” actually seem human and eventually sees them for what they are: humans. The soldiers have implants in their brains that cause them to see people with certain genetic markers as mutants, and the soldiers are really just committing mass genocide based on racism.

The soldier ends up consenting to have his memories reset because otherwise, they will ruin his life and career regardless. He has no true option. 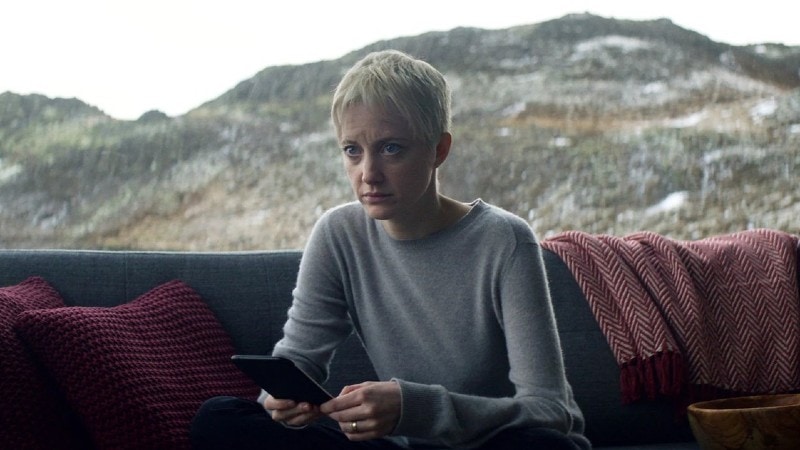 This Black Mirror episode is a bit more complex, but it is honestly a humdinger. A woman and her boyfriend accidentally run over a bicyclist in a remote mountain road and they hide the body. After that they eventually go their separate ways, the woman becoming a successful speaker. When the body is found it dregs up all the old memories, and her ex-boyfriend comes to tell her that he wants to reveal the truth.

In a fit of emotion, she kills her boyfriend and disposes of the body. Due to the freak accident of her witnessing a car crash and an insurance agent investigating the claim, her memories of the murder are revealed to the agent. All memories are recorded and remembered and can be looked through later on.

Freaking out, she kills the agent, goes to her house and kills the agent’s husband. And then kills the woman’s toddler as well. Once she is caught, it is revealed the toddler was blind and didn’t need to be murdered after all, as she couldn’t have revealed her identity. 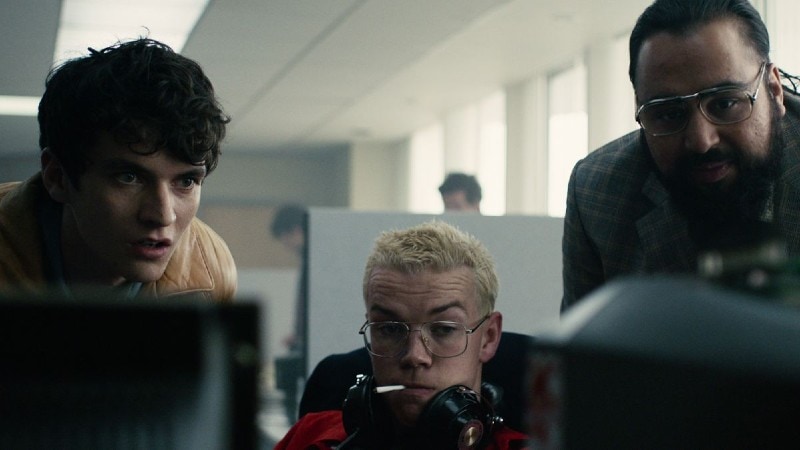 This is a whole season presented as a single interactive episode where you get to make choices that change the course of the story, like in any classic roll-paying games. The main character is attempting to create a game based on a book he loved so that it can be remembered as a great and perfect game.

Throughout the process, he ends up committing crimes, and it’s all a bit trippy. You make a few mundane choices, and you make a few that seriously change the game. The choices you make lead to whether or not the Bandersnatch game is remembered as a success or a failure.

No matter what episode from this list of top Black Mirror episodes you choose to watch first, you definitely won’t be disappointed. Black Mirror is the type of show that can connect with any member of the audience, you just have to find the right story. And hopefully, one of these five will serve as a good introduction into the strange world of Black Mirror.