Ever since superheroes have taken off again Marvel is utilizing their long list of successful comics and stories to entertain the masses. And one of the mediums they use to do that is TV because recently Marvel has been putting out quite a few TV shows. Which is great because it means there is a whole new wealth of media to consume, especially in this day and age of binge-watching. Case and point, Marvel’s Cloak and Dagger airing of Freeform.

Cloak and Dagger is an enthralling tale that searches some of the classic superhero themes while also managing to stay politically relevant and compelling. Two teenagers: one white, one black. One poor, one rich. But both with intense and dark pasts that are revealed as the story unfolds.

Classic tropes are utilized to their advantage in this story, and the show sticks pretty true to the comics. At least enough to please the average fan. However, don’t worry, if you’ve never read the comics. Because even then you won’t have a hard time keeping up with Cloak and Dagger. Each twist will just be more thrilling to you as they emerge and you will find yourself far too invested. So, let’s look at some of the best parts of Cloak and Dagger that make this show one of the best superhero TV series currently on air.

Tandy and Tyrone are not your average stereotypes. Tyrone is a rich black kid who goes to a prep school. While Tandy is a poor homeless white girl who uses drugs and steals. And with Cloak and Dagger taking place in New Orleans, these characters keep following storylines that jump off the screen in the best ways possible.

In the very first episode of the series, Tyrone sees his brother get shot by a cop and then has to suffer through no one believing him for years after. This is all while he’s also trying to be the perfect son. Tandy’s father also dies in a car accident when she’s little and becomes the scapegoat for a huge explosion. So she fights to uncover the truth behind his death and clear his name.

Neither of these stories is what they seem. And that makes them all the more captivating.

Contrast is about more than color

Not only do they switch up stereotypes, Cloak and Dagger also is really into aiding the storytelling with the imagery. The way they film both Tandy and Tyrone as they develop their powers is nothing short of beautiful. 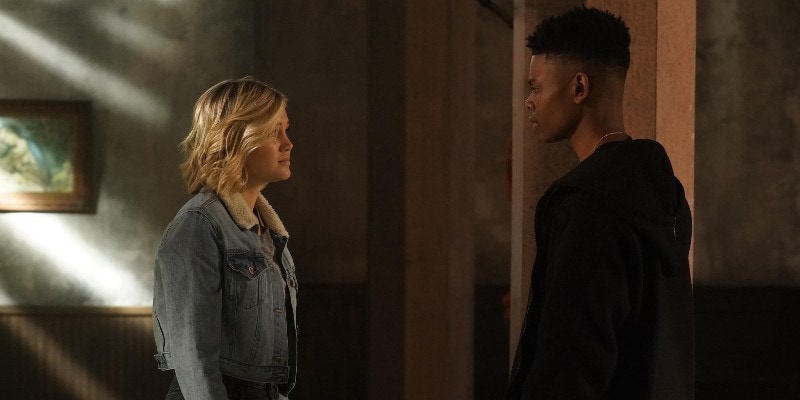 Obviously using the colors black and white, good and evil, isn’t unique in itself. It’s been done many times over. But what is unique is how these traits are presented as the antithesis of each character, until we see them start to grow into their powers. Because once that happens we understand that light and dark cannot exist without one another. Shadows can’t be cast unless there is light. And light isn’t visible without the dark to compare. And on Cloak and Dagger, this takes center stage, both visually and narratively, as the story progresses.

Focus is on what matters

It can be too easy for television shows to get caught up in the romance of it all, but that isn’t the case with Tandy and Tyrone. There is tension between them for sure, but they are both intelligent teenagers who rely on one another.

So, instead of turning this into some sort of love story, we soon realize that their relationship transcends all of that. They are more to each other than potential love interests, and that is insanely refreshing. Especially for a TV show whose two leads are a teenage girl and boy.

The romance aspect of the show is instead focused on the overall atmosphere. Sure, we see a bit into their relationships with their boyfriends or girlfriends. But the story takes precedence. Both main characters of Cloak and Dagger grow immensely through the first season. And, since trying to shove any sort of romantic inclinations in the middle of that would feel insincere, the show decided against doing that.

Their powers are so badass

At first, the viewer isn’t sure what is going on. There’s obviously something special about these two kids. Tyrone is waking up naked on rooftops and Tandy suddenly has some insane light powers. And although it takes a bit for the two to hone their powers, they are amazing to see once they do. Visually stunning, Tyrone’s cloak of darkness exudes an almost lazy menace. While Tandy stands with her small but powerful daggers of light that can cut through anything.

And just like having two significantly different powers, both Tandy and Tyrone have their own goals in mind, so they use their powers differently. Meaning they are not always honest with one another. Which, as their powers develop, isn’t the best of situations.

Yet, both characters want justice for their loved ones. They just go about getting it in two different ways which leads them down two possible paths. But just as you think you’re starting to understand where these characters are going, the series turns everything on its head. And that’s part of what makes this show so good.

Character arcs are rich and multi-faceted

We’ve talked about how these two teenagers contrast so well together, and as season 2 of Cloak and Dagger takes off we can see a definite spin on who we thought they were.

One of the best things writers can do for a show is to drive home the unexpected. Tandy and Tyrone both keep evolving and changing. They think they are darker or lighter than they are and then they go and defy those boundaries once again. Are they heroes? Are they villains? They’d like to think it’s so black and white. But really it’s more cloak and dagger. So, by watching this Marvel series you will go on a journey discovering just that. 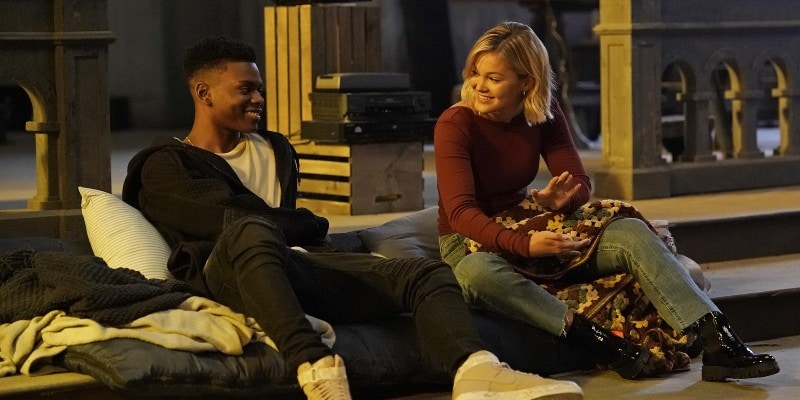 Lastly, watching this show is exciting because every episode ends with a twist or cliffhanger. Which means that you have to watch the next episode as soon as possible to find out what happens next. And, since the storylines are just crazy enough to fit the superhero genre, and just relatable enough for it no to feel inauthentic or inhuman that makes this show the perfect choice for a weekend binge-watching session.

What are you waiting for?

Marvel really has landed on their feet when it comes to TV shows marketed toward teens. Cloak and Dagger follows the classic themes of the comic while also managing to be relatable and modern. And, despite this story being unique on its own, the creators of this Freeform series has taken all that and elevated it to present us with a series that’s visually stunning and tonally magnetizing. Therefore, do yourself a favor and watch the first few episodes of Cloak & Dagger. I’m pretty sure that you won’t be disappointed with what you find.