It’s not always clear what a bounty hunter is responsible for. Most of us are probably under the impression that the work of a bounty hunter is outside legal confines; that they are some kind of vigilante who takes the law into their own hands.

The truth is, a bounty hunter actually works with law enforcement to apprehend the criminals. Well, at the very least in the United States – the practice of bounty hunting is, in fact, illegal in most other countries.

Bounty hunters are basically private contractors hired – and paid with a commission or ‘bounty’ – to find and bring in criminals through whatever means they deem necessary. It’s a slippery slope, though.

While bounty hunters are generally free of the legal restrictions (like search warrants) that law enforcement officers operate under, that also means that they don’t have the protection that these agents and police officers have.

So we know what their job is, but what exactly does that entail?

Well, hopefully, the shows on this list can shed a little light on that!

We’re here to talk about the best TV shows about bounty hunters but we’re not limiting ourselves to fictional accounts from scripted series. We’ve also got a few reality shows in there to show us all the reality of life as a bounty hunter.

Without further ado, let’s get into the best scripted and reality TV shows about bounty hunters! 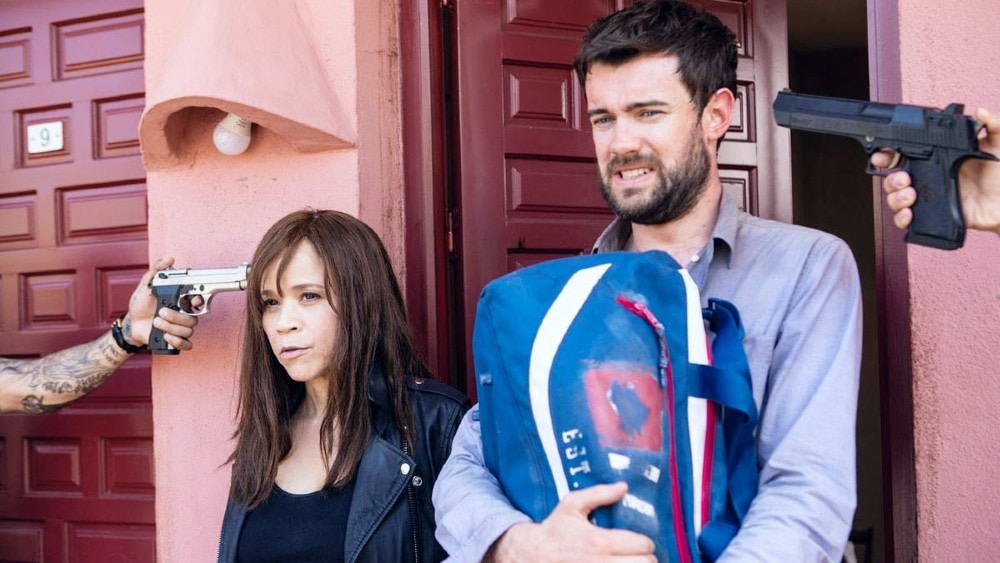 We’re kicking it off with a British dramedy series from Sky One, Bounty Hunters.

However, he’s suddenly thrust into troublesome circumstances that require him to take part in some sketchy dealings in order to save his family business.

That’s when he enlists the help of bounty hunter Nina Morales from Brooklyn, New York.

Both Nina and Barnaby are the most mismatched pair you’ll ever meet in the bounty hunting business, but they do what they can to avoid run-ins with the cops and criminals to try and save their families. 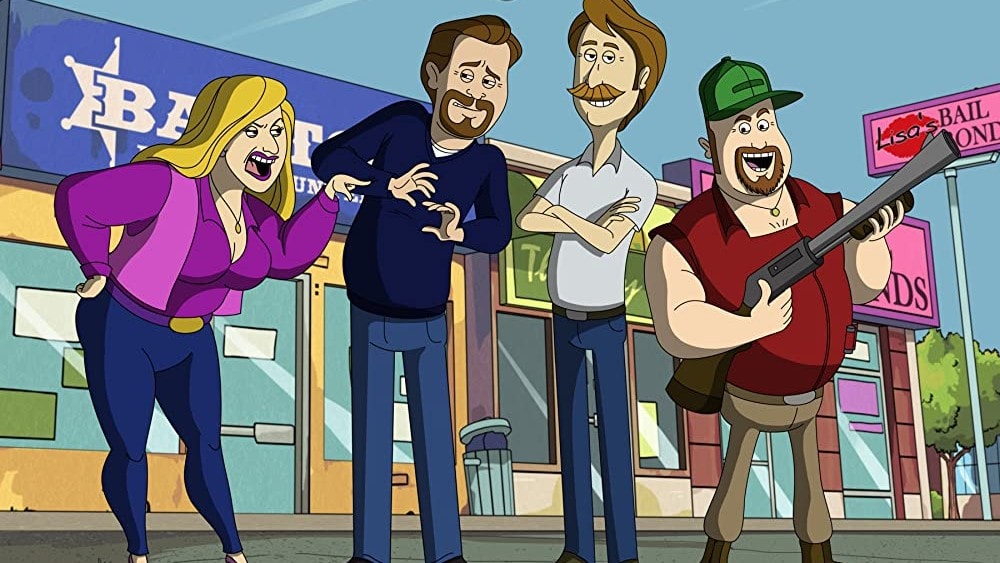 Though with the exact same title, this Bounty Hunters is an American series – and an animated one for adults, at that.

Voiced by a troupe of stand-up comedians, the show follows Jeff, Bill, and Larry as they operate their bounty-hunting business, Barton’s Bounty Hunters, with the goal of keeping their town of Skeeter Creek safer.

Jeff owns the company, born out of the background as a former cop and a desire to work with his good friends; Larry is the muscle of the group; Bill is their criminal profiler.

Though they’re the ones carrying out the task, they primarily get their ‘targets’ from Lisa, a bail bondswoman who works next door. 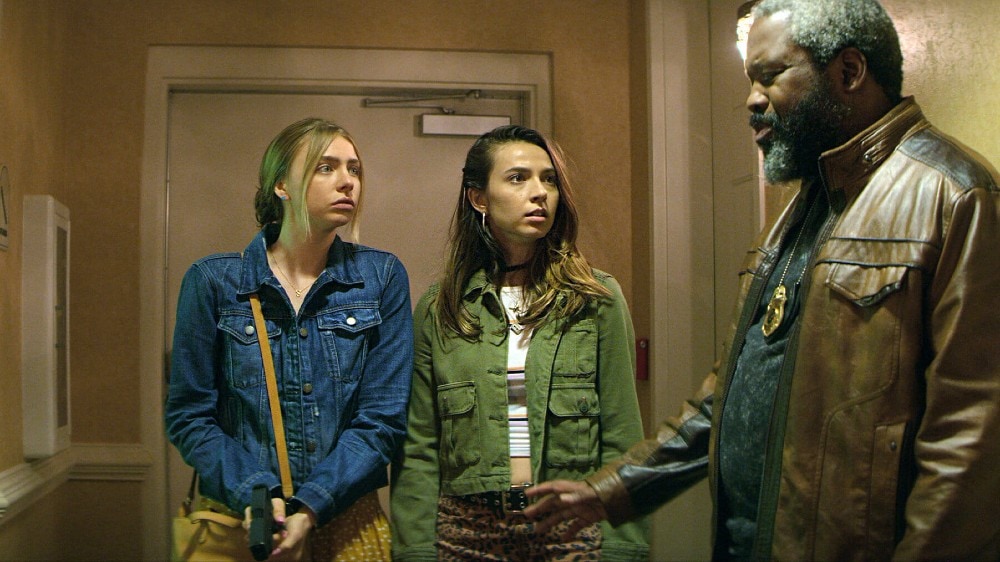 We’ve got our first Netflix original with Teenage Bounty Hunters!

They weren’t always in this line of work, however; in fact, they’re really just trying to be your average high school students.

Their, uh, ‘career’ began when they accidentally crashed their father’s pickup truck into a bail jumper’s car, leading veteran bounty hunter Bowser Simmons to mistake them as fellow hunters.

Now, they’re in business with Bowser to earn the money to cover repairs, all while balancing their responsibilities as daughters, girlfriends, friends, and students at their Christian high school. 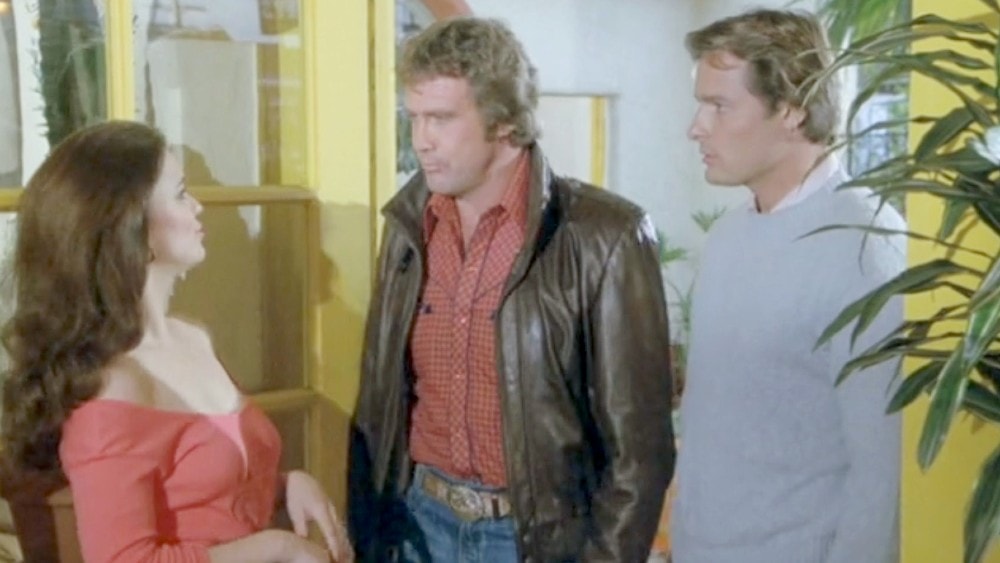 The oldest series on this list of bounty hunter shows is ABC’s The Fall Guy.

Starring Lee Majors, The Fall Guy follows Colt Seavers, a Hollywood stuntman who often uses his skills and knowledge as a stunt performer to catch fugitives and criminals to make ends meet.

Accompanying Colt on his bounty-hunting adventures are his cousin Howie Munson and his colleague, stunt stuntwoman Jody Banks. 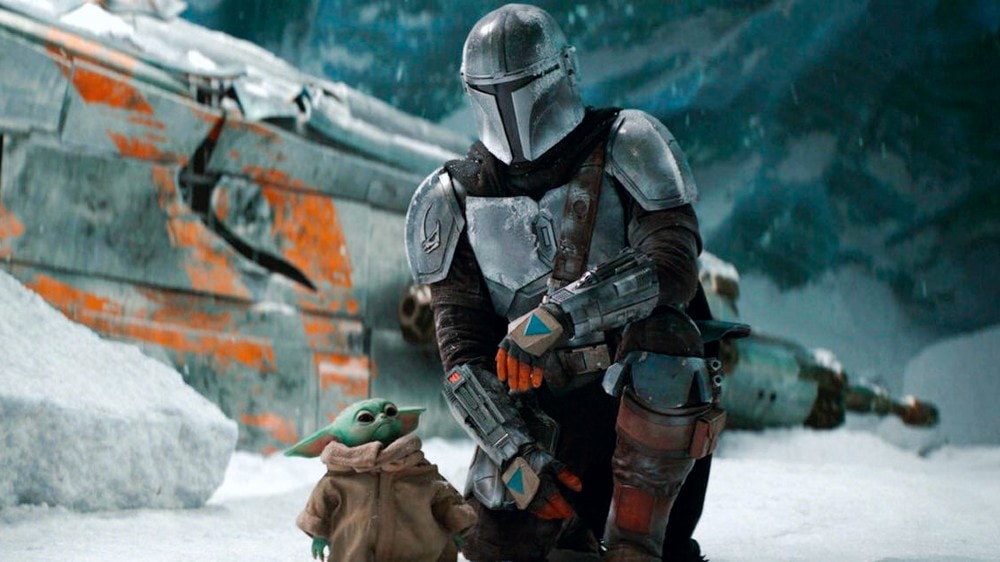 Disney+’s The Mandalorian immediately shot to fame upon its release and is the first live-action series in the Star Wars franchise.

It’s been so successful that it’s even led to its own upcoming spin-off, The Book of Boba Fett.

The Mandalorian, which takes place 5 years after the events in the Return of the Jedi movie, follows a lone bounty hunter named Din Djarin who operates out of reach of the New Republic.

He has been hired by Imperial forces to hunt down and bring in the child Grogu (affectionately nicknamed “Baby Yoda” by fans) but instead fights to protect the child and return him to his people. 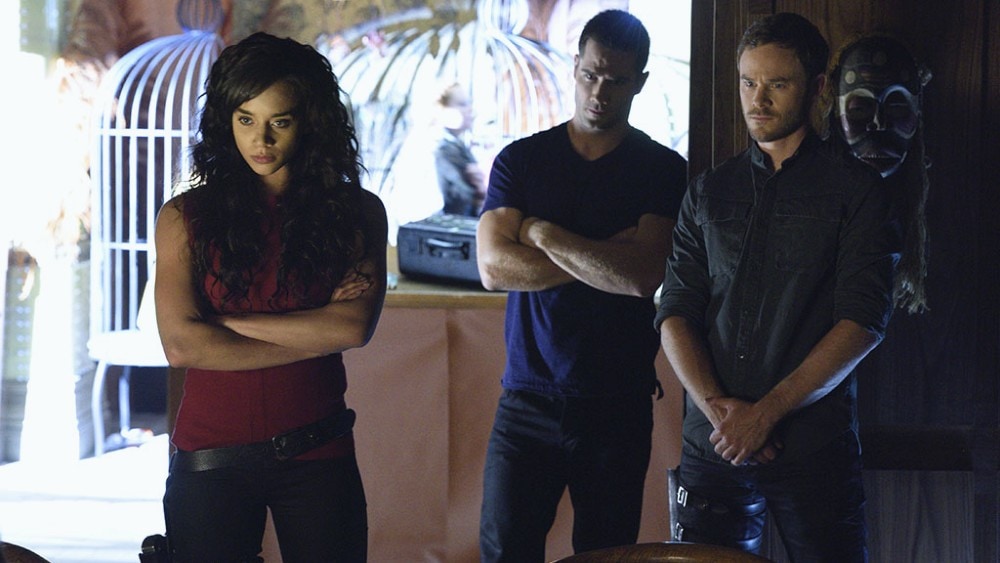 In keeping with the sci-fi genre, Killjoys is a Canadian sci-fi series that follows bounty hunters Dutch, Johnny, and D’avin.

Described as a “fun-loving, hard-living trio”, each member has a unique role to play within their group.

Dutch is a highly skilled and deadly top-level agent who uses her charm to bring in their targets; Johnny is in charge of the technical parts of their missions; his older brother D’avin is an experienced soldier – the muscle of the group.

Together, they chase their targets throughout the Quad but must remain impartial to the interplanetary class war that threatens to break out at any moment. 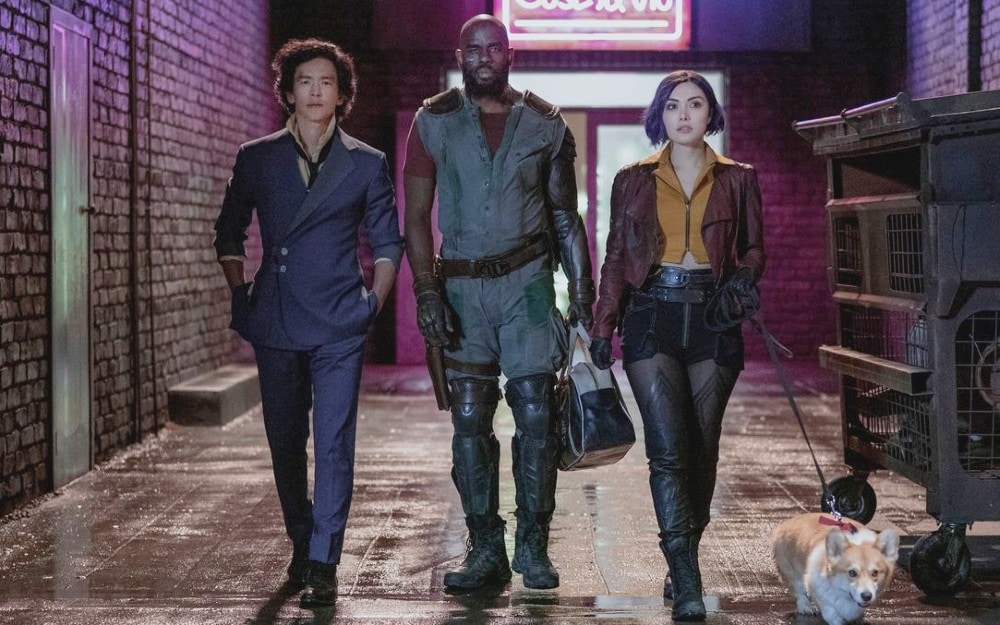 Netflix’s sci-fi series Cowboy Bebop is actually a live-action adaptation of a popular Japanese anime of the same name that aired in the late 1990s.

Like the original, the Cowboy Bebop remake is set in 2071 where Earth has become uninhabitable and as a result, humans have spread to colonize the rest of the Solar System.

As a way of maintaining order, a system has been implemented to allow bounty hunters, a.k.a. cowboys, to catch criminals in exchange for a reward.

The series follows a group of cowboys on board the spaceship named Bebop as they travel across the galaxy to bring in the fugitives. 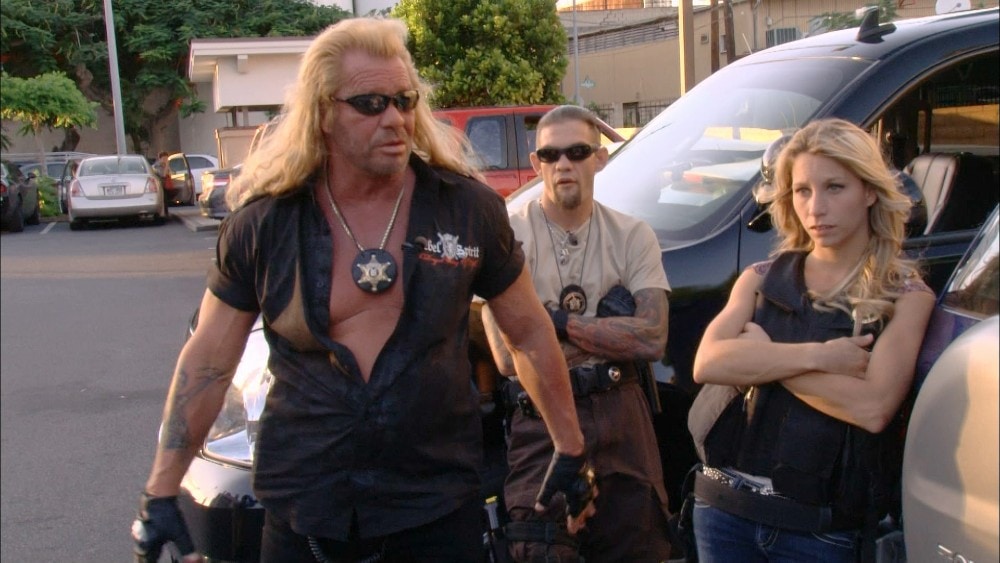 Duane Chapman is probably one of the most well-known bounty hunters of our time, though most of you are more likely to know him by a different name: Dog.

In his popular self-titled series Dog the Bounty Hunter, all nine seasons chronicle what his life is like as a bounty hunter, set either in Hawaii or his hometown in Colorado.

After the show’s cancellation in 2012, he starred in a spin-off with his wife titled Dog and Beth: On The Hunt.

He has sustained his popularity and held the interest of the public until now, however, and is even on his way to another spin-off this year titled Dog’s Unleashed. 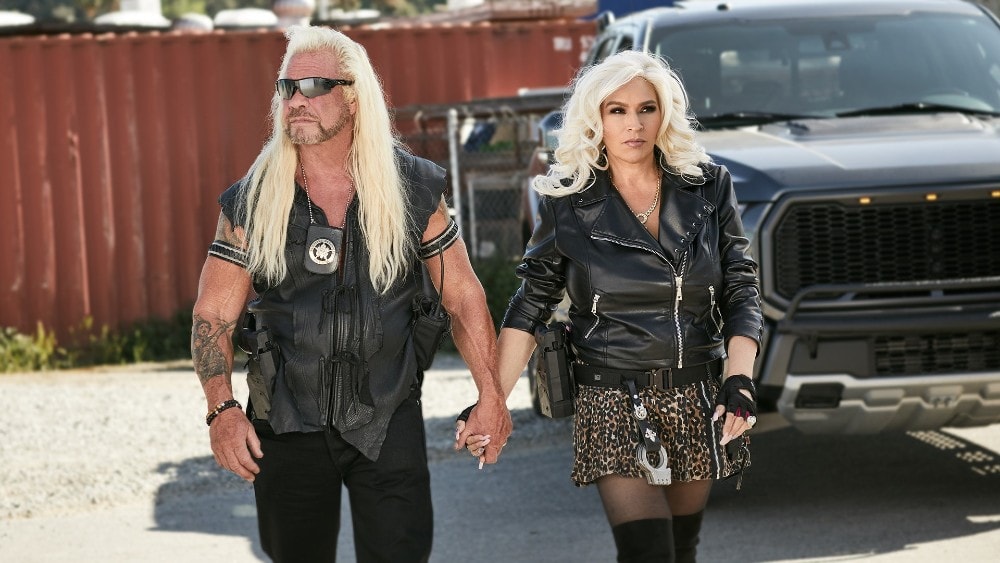 As previously mentioned, Dog and Beth: On The Hunt was the first spin-off to come from Dog’s first series after it was canceled.

This show shifted its focus from just Dog to include not only his wife Beth but also other family members who had taken part in the bounty hunting business.

Each episode features the Chapmans flying out from their headquarters in Hawaii to various spots around the rest of the country to catch that week’s criminal.

It also brings attention to the way Dog and his family try to improve the techniques they use to make their jobs easier and more efficient. 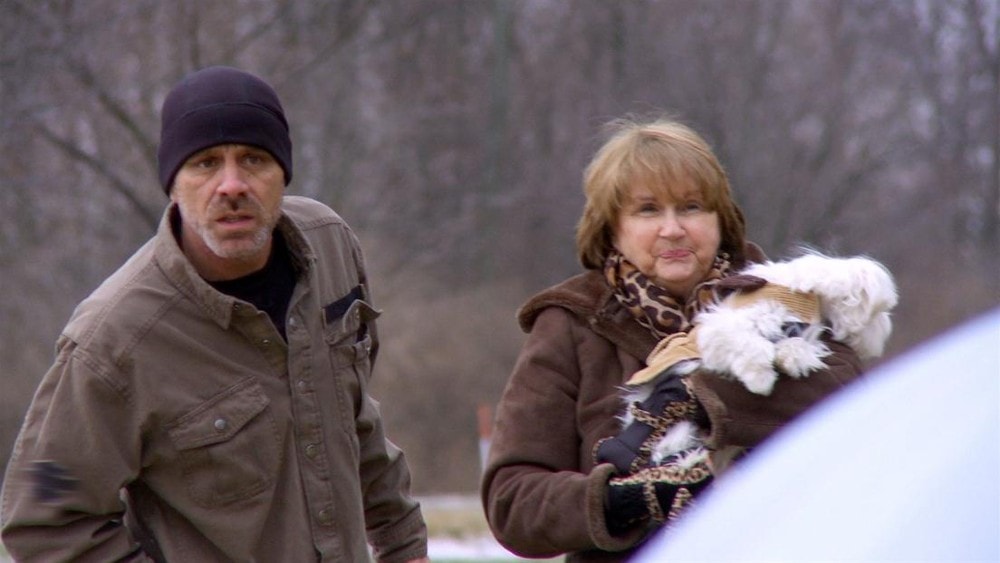 The History channel brings something unique to the table by featuring a different kind of bounty hunting.

All of the shows thus far have covered bounty hunters chasing after criminals, but Big Rig Bounty Hunters showcases them chasing after, well, big rigs. That is, lost or stolen tractor-trailers and sometimes, even their cargo.

Each episode focuses on a crew of bounty hunters to recover stolen, lost, hijacked, or abandoned vehicles – with an additional bonus if they’re also able to retrieve whatever cargo they’re carrying.

From former cops to even a professional wrestler, these bounty hunters are chasing the big rigs and the big bucks that come with them. 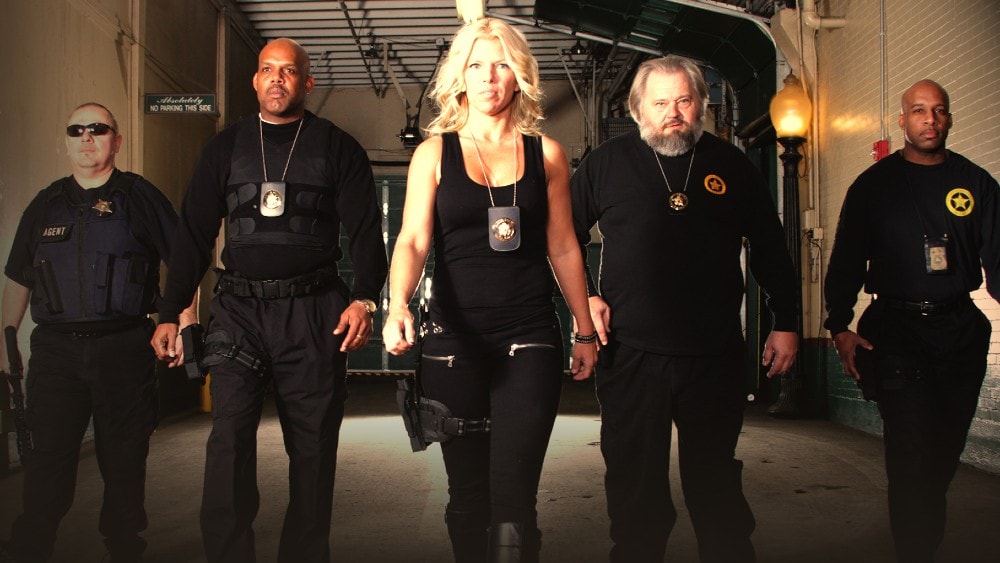 The series U.S. Bounty Hunters was formatted similarly to the popular (and still ongoing at 33 seasons!) reality series Cops. That is, the show follows real-life professionals in the field in order to capture the full effect of them performing their duties to bring in the fugitives on the run.

In this case, U.S. Bounty Hunters showcases a team led by Agents Fred the Enforcer, Denise the Huntress, and Benny the Teddy Bear as they attempt to apprehend the country’s most wanted bail jumpers.

It’s a fast-paced and close-up look at the nitty-gritty of bounty hunting! 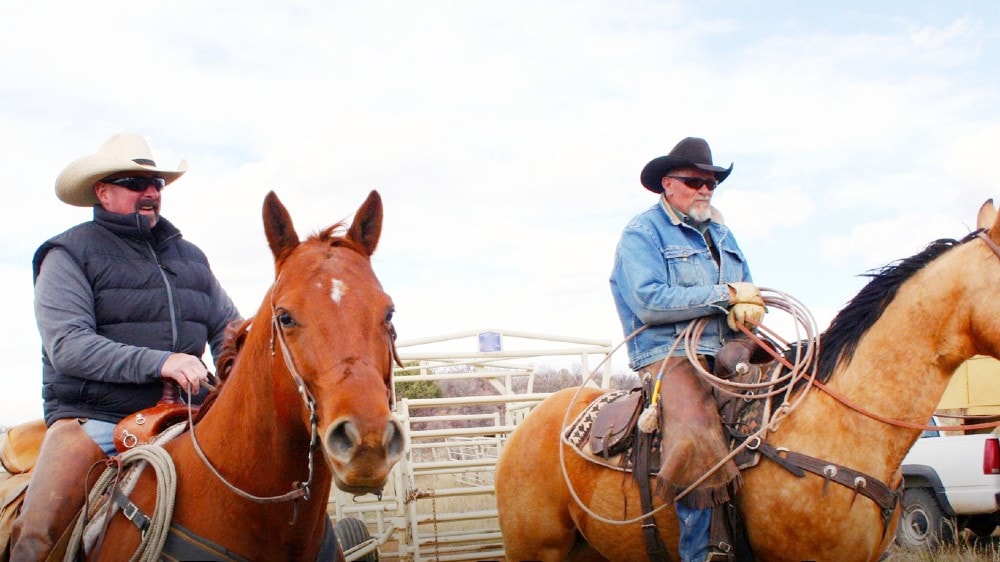 Rocky Mountain Bounty Hunters brings yet another aspect to the table, though it does still primarily concern the search and capture of criminals.

What’s different this time is the terrain the show is set in – this sets up an entirely different ball game!

Taking from the title, it’s clear that the Rocky Mountains in Colorado and Montana are where our bounty hunting pairs search for their targets, battling not just time but also the harsh environment, wilderness, and predators native to the Rockies.

It takes a special kind of bounty hunter to search the area and we follow both Clint and Dayson in Colorado, and Rob and Animal in Montana. 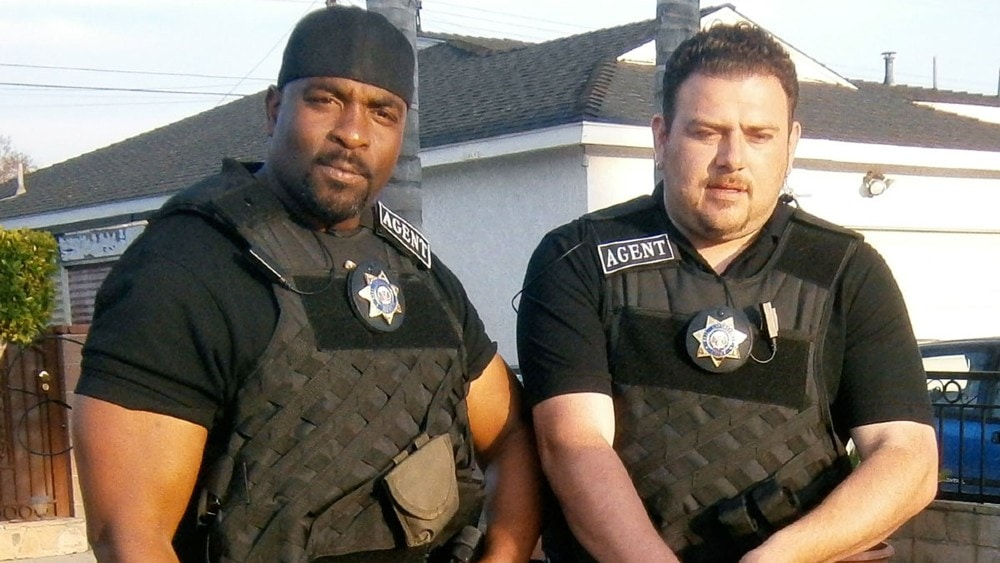 Finally, we’re closing out our list with a reality competition series that sadly, ended much too soon with just one episode having aired.

Discovery Channel’s Bounty Wars introduced three California-based bounty hunting teams, all of whom were pitted against each other to bring in a list of wanted fugitives for a huge cash prize.

The teams race against the clock and each other to bring in the big bucks!