Last year was the first time all four The CW superhero shows came together in an epic DC crossover week. And it was a major success because it delivered a grand adventure filled with team-ups, battles and heroic moments. So it is no wonder that The CW decided to attempt another crossover this year.

Yes, that’s right, this year there will be another DCTV crossover. And we have all the details on this crossover event since the Arrowverse crossover is officially in production. And let me tell you, it sounds amazing!

What do we know about this year’s Arrowverse crossover?

First and foremost just this past Friday the official poster for the Arrowverse crossover dropped (picture below). It not only unveiled the title of the event and when it will air but also give us a glimpse of what to expect from this year’s DC Week. 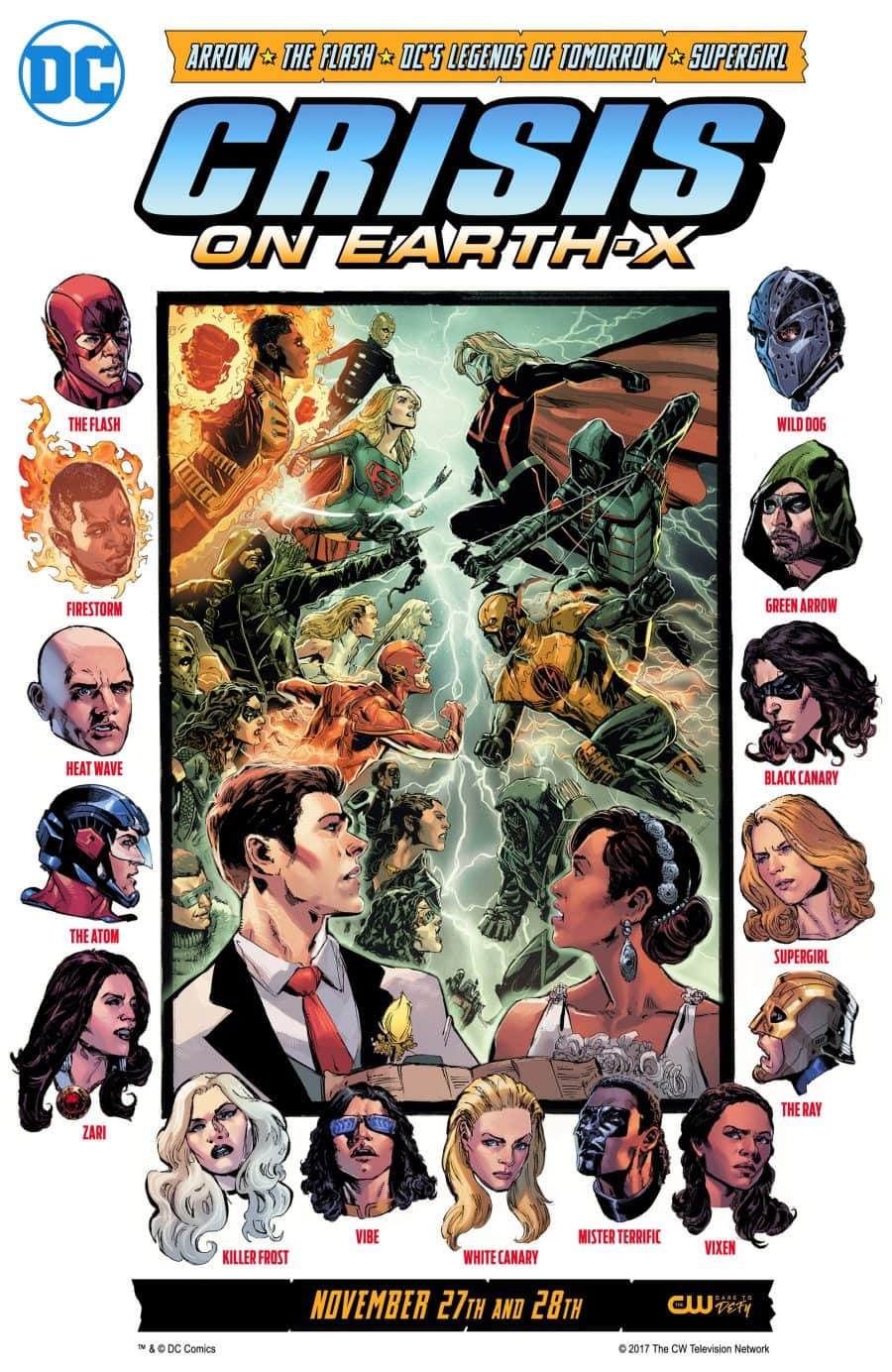 As you can see from the poster above, the DCTV crossover will be titled “Crisis on Earth-X”. So get those hashtags ready. Because come November, since the four-episode team-up will air on November 27 and 28, the hashtag for this occasion will be everywhere. The Arrowverse crossover will start with the Supergirl episode on Monday, November 27.  Then the events will proceed to develop on Arrow’s episode on the same Monday, moving the show from its regular Wednesday night to Monday for this event, and The Flash episode the next day. And the crossover will end with DC’s Legends of Tomorrow episode on Tuesday, November 28. Two nights, four episodes, and a large dose of awesomeness.

But that isn’t even the biggest thing that was revealed from the announcement, that the crossover is in production. It also delivered the news that the Arrowverse crossover will indeed center around Barry and Iris’s wedding. Which will be the reason all superheroes come together in the first place. However, villains from Earth-X will interrupt the celebration, reeking havoc on Central City and apparently having a deadly agenda.

And lastly, soon after the announcement that the DCTV crossover is now in production, news broke that The CW has cast Russell Tovey as gay superhero The Ray specifically for this event. Which is pretty cool, if you ask me. And it also means that this Arrowverse crossover might just be even more epic and top last years DC Week. So, are you excited for the second Arrowverse crossover? And that it will feature WestAllen wedding no less? Let me know in the comments!