Talking about martial arts in the entertainment industry no doubt summons a male-dominated slew of names: Bruce Lee, Jet Li, Jackie Chan. In most movies and TV shows about it (including those in this very list!), it’s mostly about men. However, it would still be a terrible injustice if we didn’t also shout out the awesome women who have shown their martial arts skills on our screens too, like Michelle Yeoh, Ronda Rousey, Gina Carano, and Zhang Ziyi.

Regardless, as someone who has next to no self-defense skills or the knowledge to make up for that, martial arts has always been such an amazing thing.

There are so many different kinds that it’s hard to keep track but just the idea of hand-to-hand combat, or incapacitating an enemy, is both intimidating and fascinating. The amount of discipline it takes to learn any kind of martial art… I don’t think I could ever.

As an ode to these amazing skills and to those who have them, we’ve put together a list of the best live-action TV shows about martial arts!

Whether decades old or very modern, these shows prove that martial arts is a skill that can become a timeless form of entertainment for all audiences. 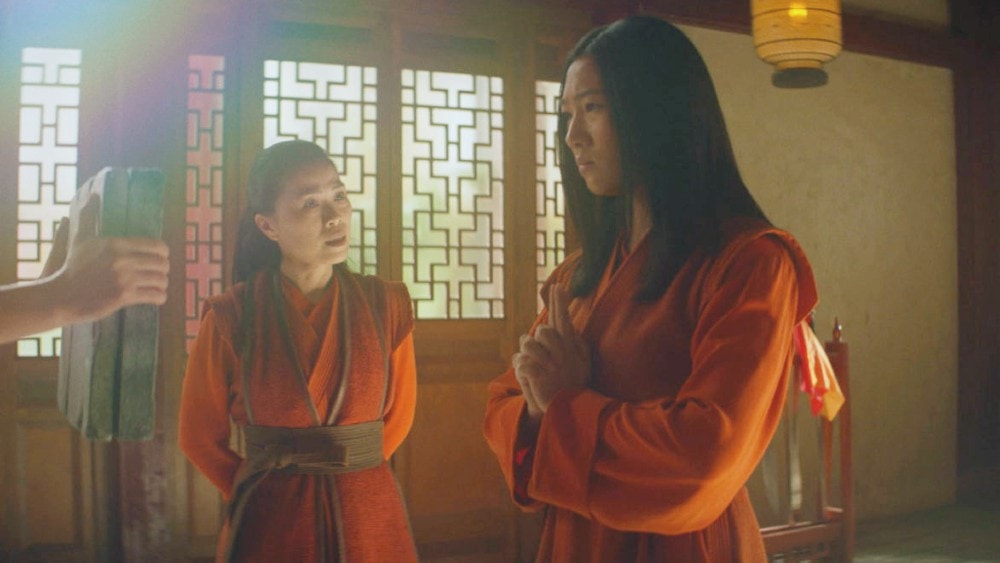 The first show on our list is an adaptation of the 1970s classic series of the same name: Kung Fu (which we’ll also be talking about, don’t worry!). As of writing, The CW’s Kung Fu is in its first season and has had a promising start.

Kung Fu is now set in modern times and follows a young Harvard Law School dropout named Nicky Shen. In a bid to flee her old life and find her own freedom, she journeys to China to join an all-female Shaolin monastery. Over the next three years, she becomes a master of combat and Shaolin techniques but is forced to return to San Francisco when her mentor is killed by a rogue warrior.

When Nicky finds out that her neighborhood is living in fear under a criminal organization, she recruits the help of her estranged siblings to help her family and stop the woman who murdered her mentor from killing her as well. 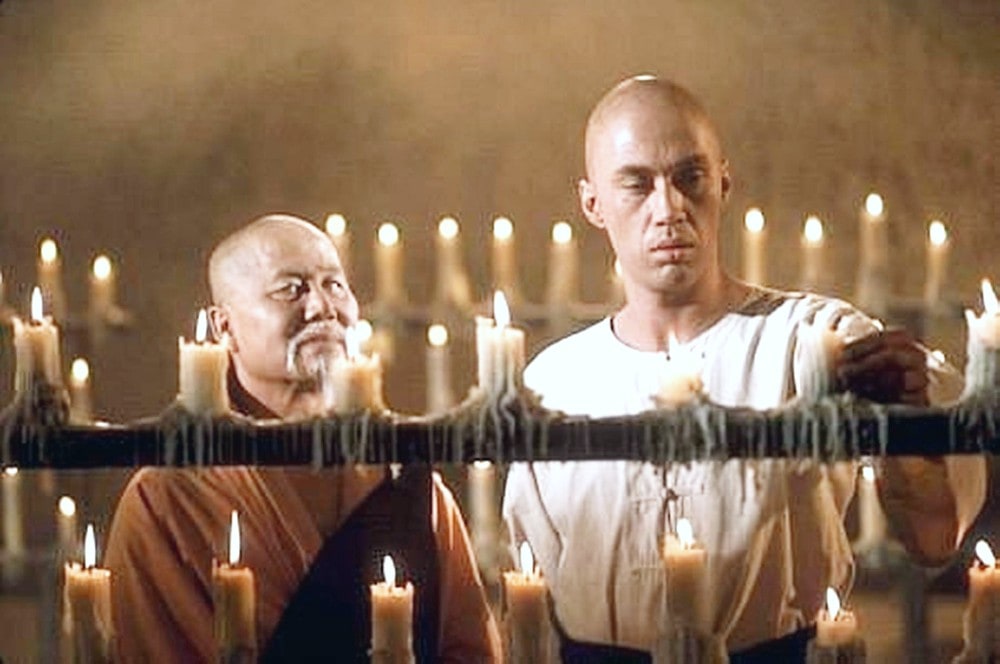 As we mentioned, this 1970s Kung Fu series was the original, and it’s what led to not only the aforementioned adaptation but a couple of sequel films – and series – as well.

The series starred David Carradine, and even featured several other members of the famed Carradine family in guest roles throughout its three-season run.

Carradine stars as Kwai Chang Caine, the orphaned son of an American man and a Chinese woman. He enters training at a Shaolin monastery and eventually becomes a master in martial arts.

However, after his mentor is murdered and he seeks revenge by killing the Emperor’s nephew who murdered him, Kwai Chang flees back to America. While there, he endeavors to find out more about his familial roots on this side of the world.

As viewers are taken on this journey with him, we are also treated to relevant lessons during his Shaolin training that are relevant to his current experiences as the series unfolds. 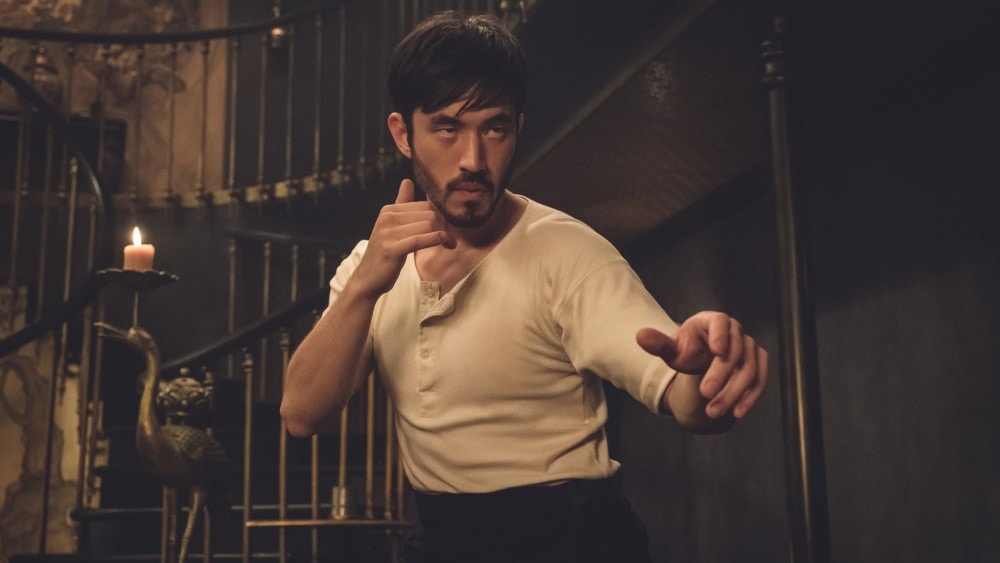 We’re going way back in time with a Cinemax original: Warrior. The show was developed out of a concept from martial arts legend Bruce Lee, and his daughter Shannon even served as an executive producer through its two-season run on Cinemax and will continue to do so for the upcoming third season on HBO Max!

Warrior was the last original program from Cinemax before it stopped production on all originals, and what a show to close out on.

If you ever really wanted to get a look into the Chinese-American culture in the late 19th century, Warrior would be the show for you. Set in San Francisco during the 1870s, we find ourselves right smack in the middle of ongoing Tong Wars, which was essentially underground (often violent) disputes between various organizations of Chinese immigrants.

Ah Sahm, a martial artist from Foshan, China, has just moved to the city in search of his younger sister – who he finds more deeply involved in the Tong Wars than he had anticipated. 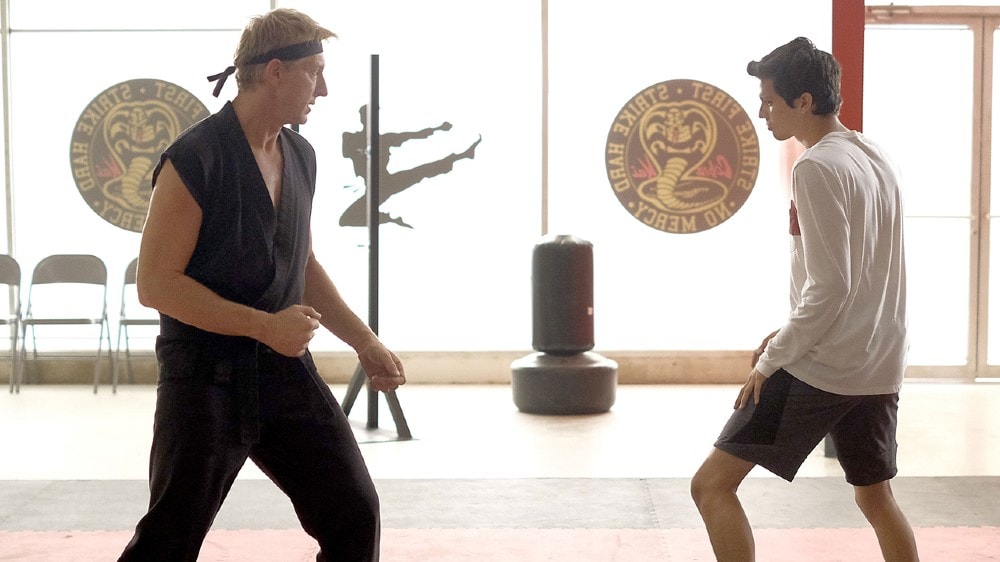 Like the shows before it, Cobra Kai is one part of a major martial arts film franchise: The Karate Kid.

The series, now renewed for a fourth season after shifting to Netflix from YouTube during the third, serves as a sequel to the four movies that were released between 1984 and 1994 (barring the 2010 remake starring Jaden Smith and Jackie Chan). Ralph Macchio and William Zabka even return to reprise their roles!

Set 34 years after the events in the original The Karate Kid movie, Cobra Kai continues the story from the perspective of the movie’s then-antagonist: Johnny Lawrence (Zabka).

He’s now in his 50s and well past his prime, with a life that didn’t exactly go as planned. He eventually decides to reopen his karate dojo, which leads to events that re-ignite the decades-old rivalry with Daniel LaRusso (Macchio). 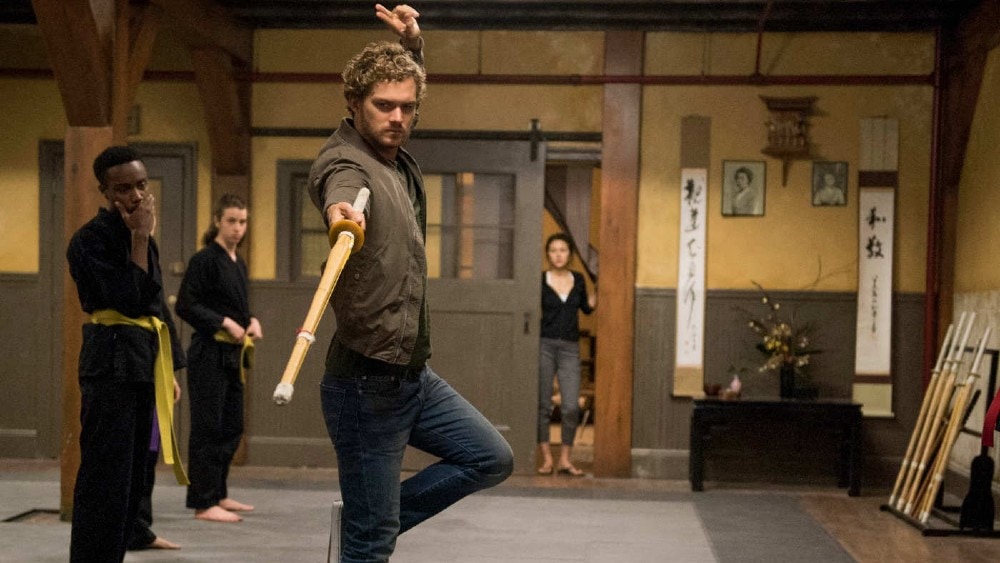 The Marvel Cinematic Universe continues to get bigger and bigger, and it’s always a treat to learn more about the superheroes that we don’t see in the movies. Daredevil, Jessica Jones, Luke Cage, and Iron Fist, for example, who make up The Defenders.

Each character has their own standalone MCU series, but we’re going to hone in on Iron Fist for this list.

Iron Fist tells the story of Danny Rand, a billionaire, and martial arts practitioner. He disappeared from New York City for 15 years and was eventually presumed dead. His return to the Big Apple reveals that he now has supernatural abilities – a mystical force that Danny is able to wield through focusing on his chi.

Using this power, Rand defends his beloved city from external enemies while also dealing with reclaiming his family’s company and legacy. 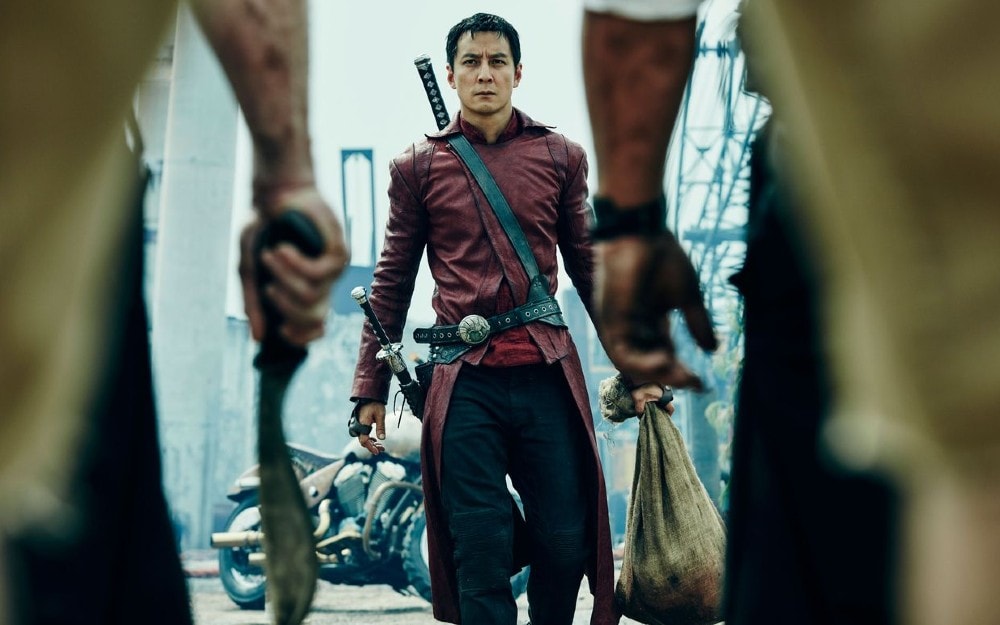 Martial arts and science fiction aren’t two genres that you’d commonly see brought together, and yet here we are.

AMC’s Into the Badlands was described by Liz Shannon from IndieWire as a “high-octane sci-fi martial arts series” where the creators were “inventing whole cloth” – something so unique that nothing could ever possibly follow in its wake.

Set some 500 years into the post-apocalyptic future, civilization has regressed entirely into a feudal society where modern technology has all but ceased to exist. Instead, what’s left of society has divided into territories known as the Badlands, where Barons are in charge of their own population of slaves, prostitutes, and soldiers.

These soldiers, called clippers, are trained in the martial arts to become expert warriors on behalf of the Barons. One such clipper, Sunny, takes a young teen named M.K. under his wing as they embark on a spiritual journey through the Badlands. 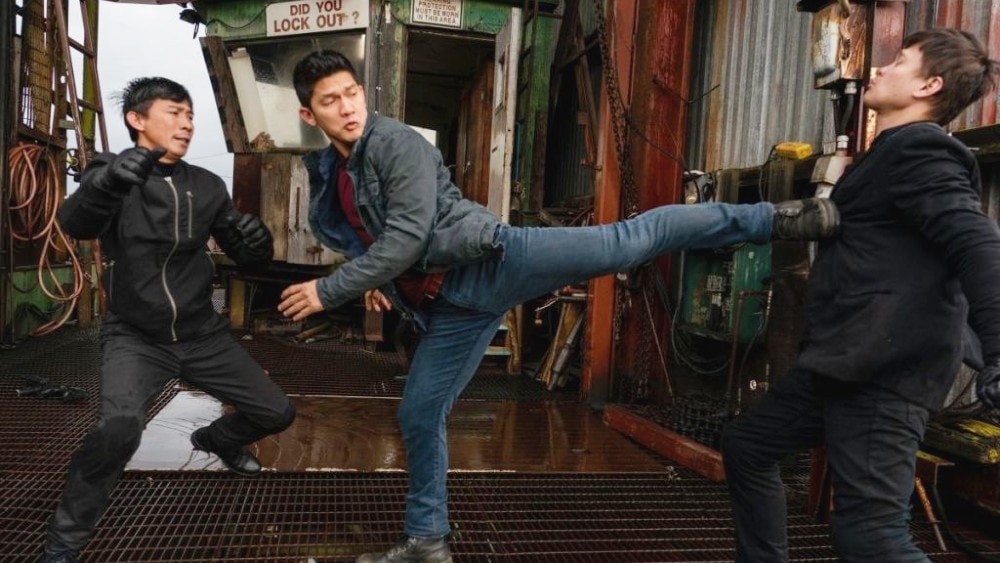 We love a good series with a mix of the supernatural, and Wu Assassins is just that.

Though there’s only one season on Netflix so far, it was recently announced that a standalone film is to be developed to continue the storyline from the end of the first season.

In Wu Assassins, we learn about the lore of Wu Xing – five cosmic interconnected elements that serve as deadly powers that have the potential to unleash chaos unto the world. Enter Kai Jin, a young Chinese-Indonesian chef based out of San Francisco’s Chinatown.

He becomes the last of the eponymous Wu Assassins imbued with increased agility, physical strength, amplified martial arts skills, and the ability to change his appearance. All of these things allow him to fulfill his destiny to stop the Wu Lords, who seek to use the Wu Xing to destroy the world. 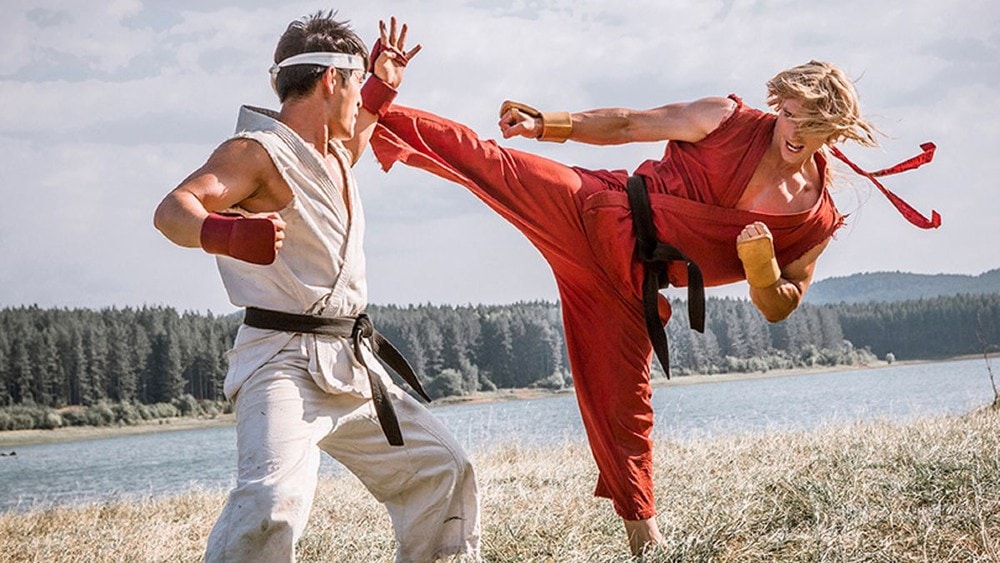 Street Fighter is yet another well-known martial arts franchise, though this time with its origins in a video game! I have no doubt that all of us have played at least one variation of the Capcom video game at least once in our lives.

Though not the first series adaptation, Assassin’s Fist was the 12-episode web series that was developed to focus on Ryu and Ken as the main protagonists.

The series explores the life and relationship of friends Ryu and Ken, who were in the process of learning and honing their skills in the art of Ansatsuken, a combat technique with the aim of killing an opponent.

Though they originally follow an isolated life in Japan, this changes drastically when they begin to uncover secrets from the past of their master, Gouken. 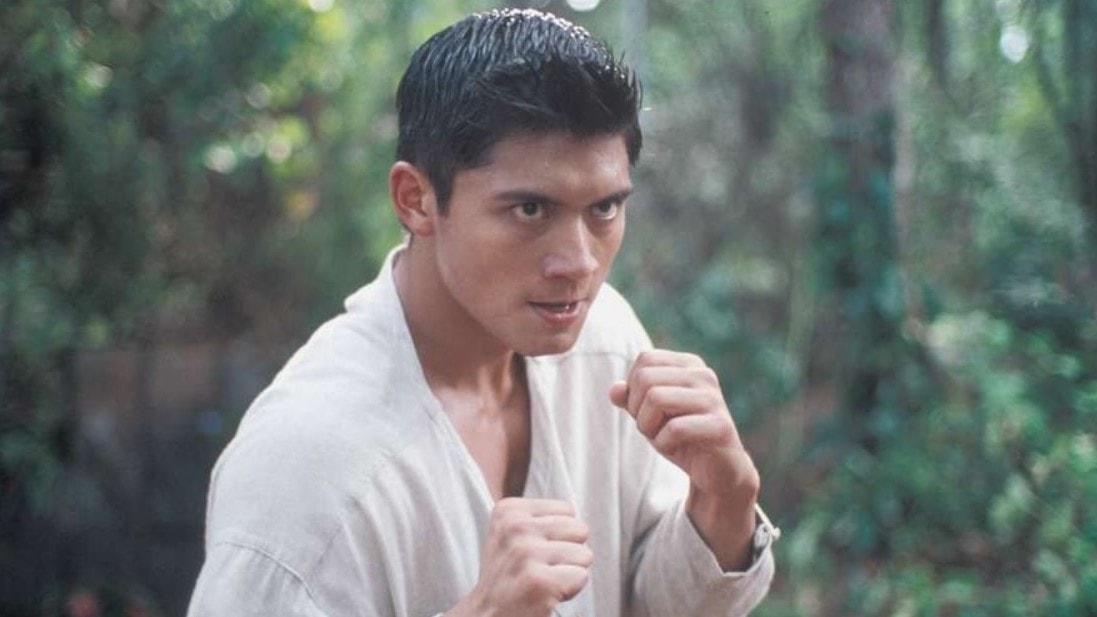 Mortal Kombat was one of my favorite games to play (and really one of the only games I played) at the arcade when I was a kid in the 90s.

It’s a classic, and it’s sad that there was only one season of this live-action adaptation, Mortal Kombat: Conquest. We do, however, have the 2021 Mortal Kombat film to look forward to!

We see a lot of the video game characters in the series including Kung Lao, Shao Kahn, Rayden, Sub-Zero, Reptile, and several others.

In the show, Kung Lao is training martial arts combat warriors to fulfill their duty of protecting Earth through the Mortal Kombat tournaments. Shao Kahn is still hellbent on conquering Earth and making it part of the Outworld, while his sorcerer Shang Tsung seeks revenge on Kung Lao for defeating him five centuries ago. 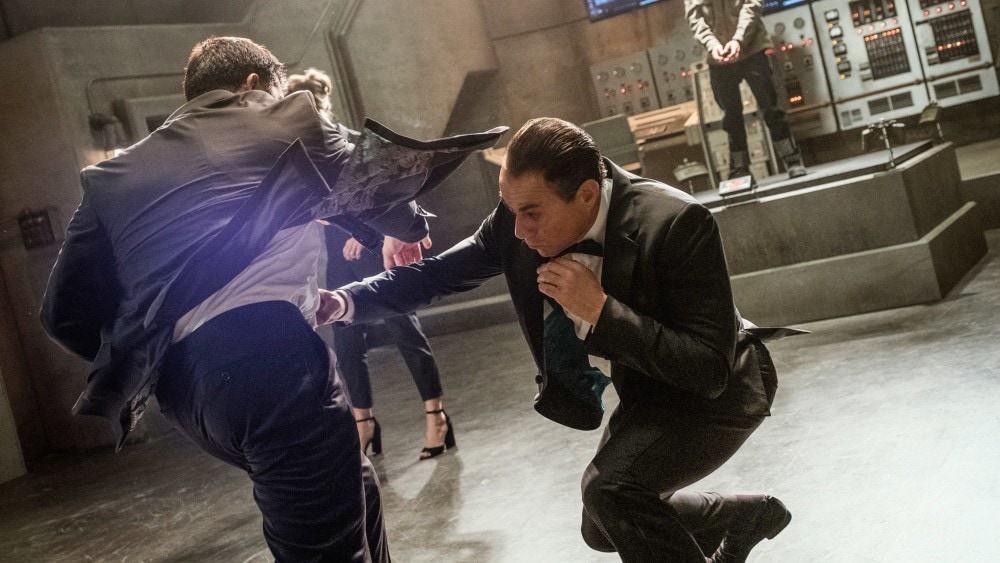 Jean-Claude Van Damme is another famous name in the entertainment industry when it comes to martial arts – so much so that this Prime Video series is actually a fictionalized version of his life (and a pretty comedic one at that)!

The show runs on the premise that his persona as Jean Claude Van Damme the action movie star is actually a cover for his real self: secret agent Jean Calude Van Johnson.

Though now retired, he begins to miss the work that he did both as an actor and a secret agent so he takes the first chance to jump back into the business by starring in a new action film while working as a spy to track down and apprehend a major drug kingpin.

The show’s comedic elements stem from the absurd juxtapositions between his “real life” encounters as a spy and the borderline unrealistic situations that occur in most action films! 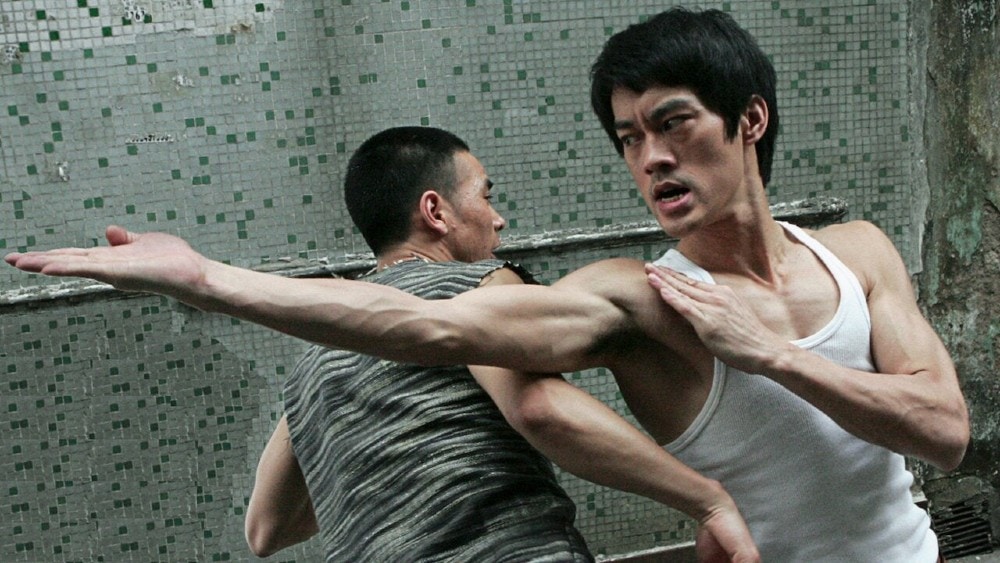 There’s no doubt that when it comes right down to it, Bruce Lee is the name to know in martial arts. I mean, who else can be credited with creating their own hybrid form of martial arts, not to mention still have a lasting legacy even almost four decades after their death?

Like the previously mentioned series Warrior, Lee’s daughter Shannon also served as executive producer of The Legend of Bruce Lee, a biographical account of her father’s life.

Throughout its 50 episodes, fans and viewers get a deeper view into his life from high school in Hong Kong all the way up to his international success and unfortunate (and way too soon) death.

Some real-life inspirational figures in his own life and philosophy also made their own appearances on the show, which is a real testament to the impact Bruce Lee had on the industry. 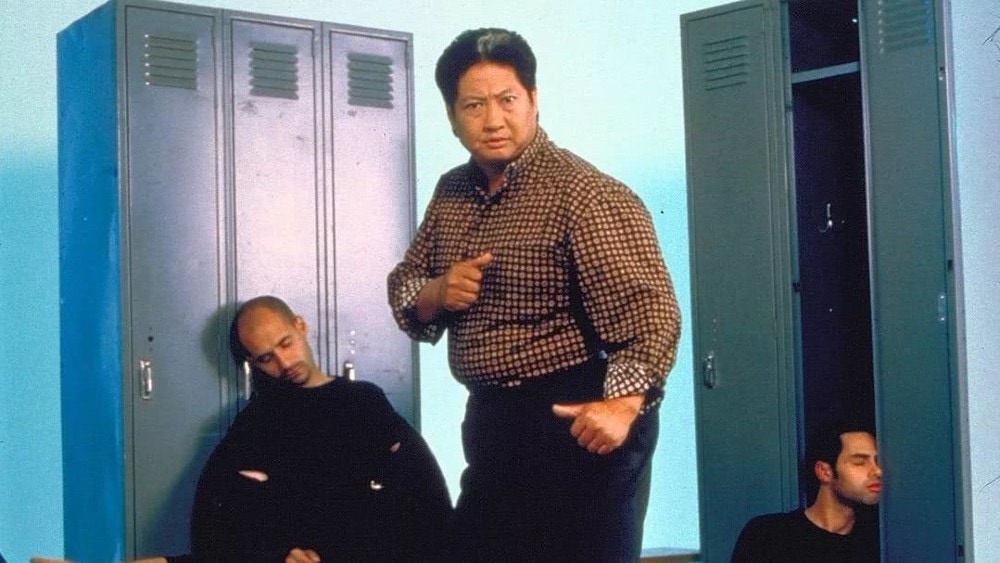 We’re ending our list on a bit of a lighter note with CBS’ two-season action-comedy Martial Law, starring Sammo Hung as the titular character Sammo Law.

Though the show was met with positive reviews, it was canceled after the second season due to budget concerns.

Originally a cop in China, Sammo is sent by his own government to America, specifically to Los Angeles, to search for a colleague of his who had gone undercover to infiltrate an old enemy of theirs and his criminal organization.

Much of the humor in the show stems from the extreme culture shock that Sammo experiences and his need to often resort to the Chinese way of operating when the American way is not efficient enough.