Sometimes, our favorite TV shows like to throw us fans for a loop. A dash of love story here, a sprinkle of family drama there, and the occasional explosion of grief through a character’s sudden death.

It’s the latter that we’re here to look back on in this article: the most shocking, heartbreakingly tragic character deaths from TV shows both new and old.

Given that, know that there are major spoilers in here! There’s also the possibility of you curling into a ball and bawling as you look back on these scenes, so be warned. 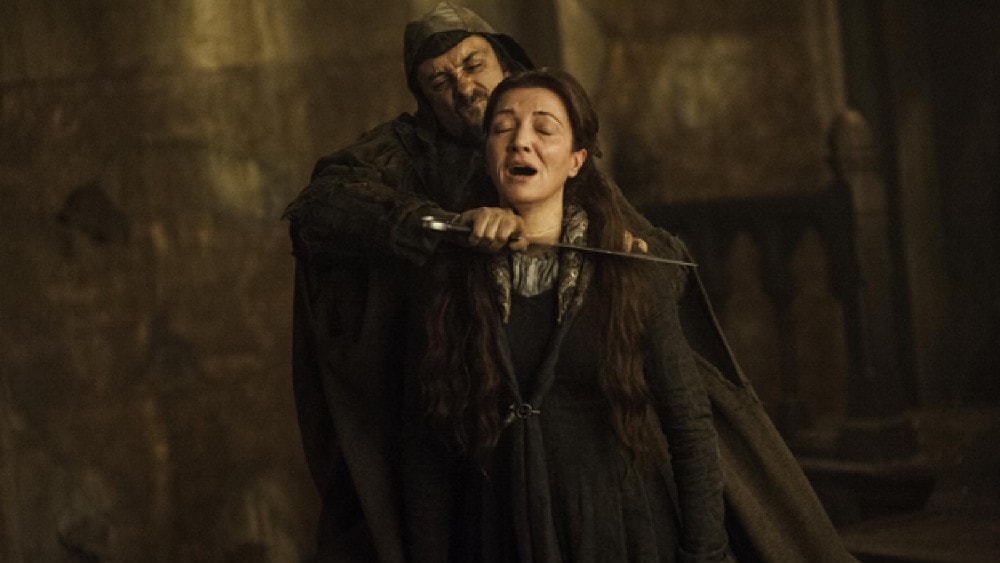 Yup, we’re starting off with a three-in-one doozy from Game of Thrones. King Robb, Queen Talisa, and Catelyn are lured into a trap set by Walder Frey and Roose Bolton as revenge for Robb not honoring their deal to unite their families through marriage.

Queen Talisa (and her unborn child) is stabbed repeatedly in the stomach while King Robb receives an onslaught of arrows. Catelyn attempts to bargain for Robb’s life, but Roose delivers the final, fatal stab to his heart. A distraught Catelyn barely even flinches as her own throat is gruesomely slit. 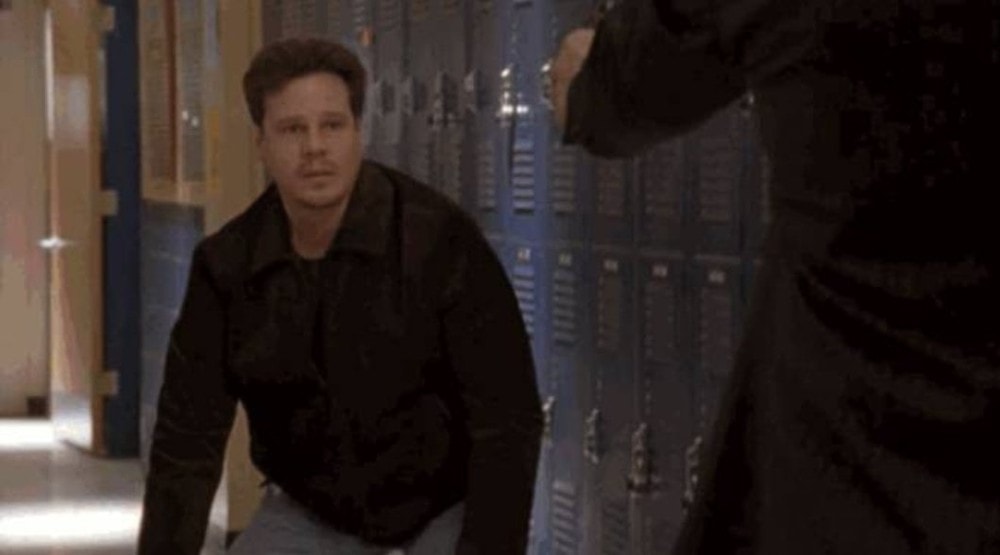 Keith was a fan favorite from the start, and everyone was rooting for him as he pursued the love of his life, Karen Roe. He was Lucas’ surrogate father and a good man through and through, so of course, he went straight into Tree Hill High in the middle of a school shooting to look for Lucas.

After unsuccessfully convincing the shooter (who commits suicide) to stop, Keith’s younger brother Dan suddenly shoots him out of jealousy and revenge, mistakenly thinking that Keith had previously tried to murder him. 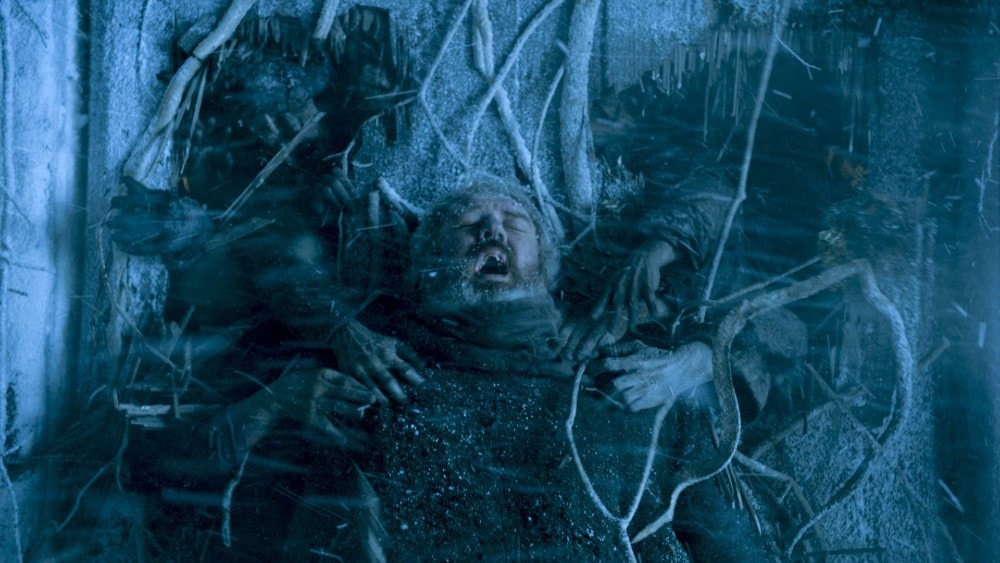 What was heartbreaking about Hodor’s death was that we finally get to understand why all he could say was “Hodor”, which turns out not to have been his real name at all.

As he is holding back the cave’s exit to allow Bran and Meera to escape the attack by White Walkers and the wights, Bran wargs into young Hodor (then named Wylis), causing young him to have a seizure. He hears Meera shouting at him to “hold the door”, which eventually slurs together into “Hodor” as he is killed by the wights. 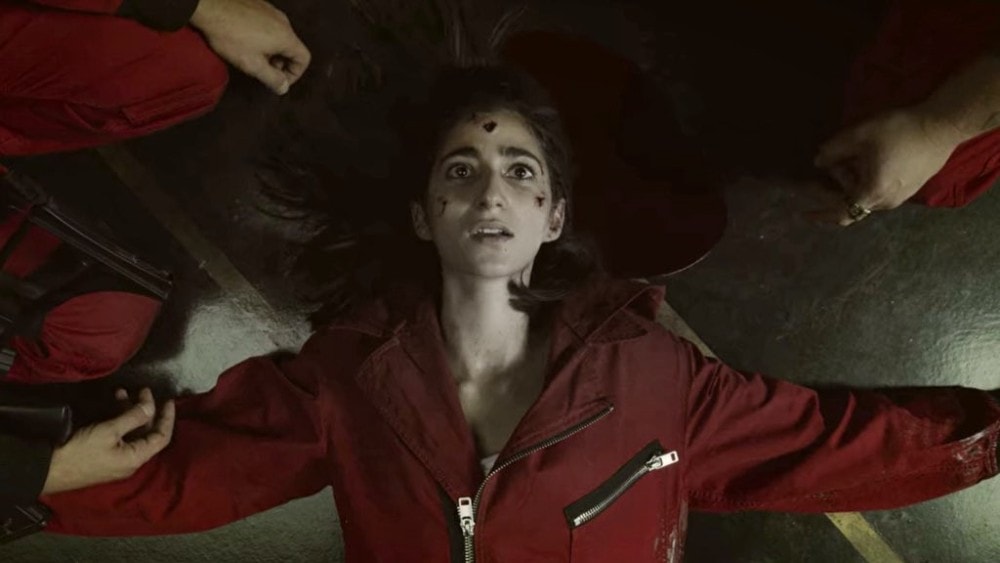 Nairobi was so close to getting that happy life that she 100% deserved. She got the Professor to agree to provide his genes to father her next child, she saw her son again after many years, she survived a gunshot and recovered from the surgery to remove the bullet, and it seemed like her relationship with Bogotá was about to take off. It even looked like she would get a chance to live when Palermo negotiated a trade with Gandía.

All of that abruptly ended when the latter didn’t honor this trade and shot her point-blank in the head. It was devastating. 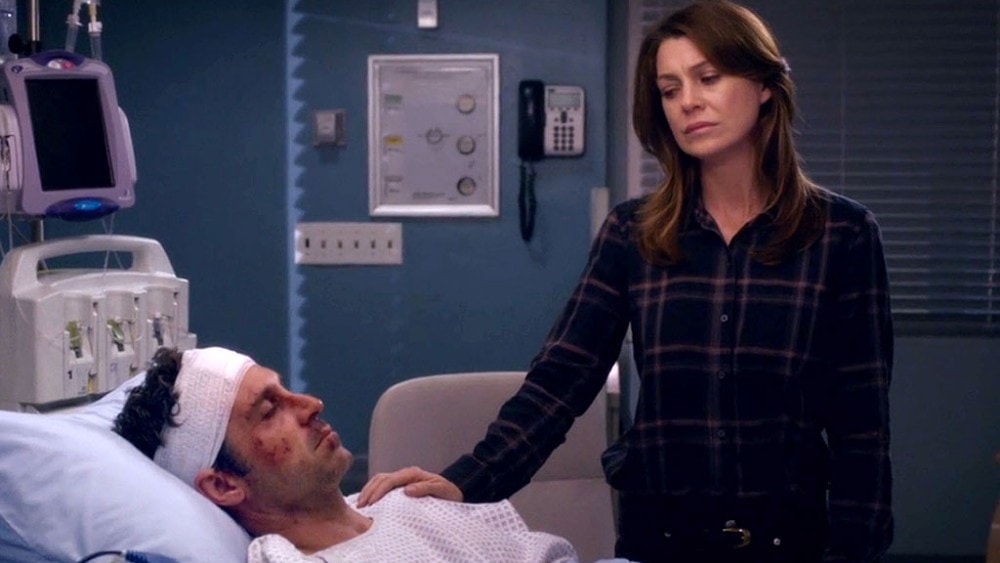 After waiting seven seasons, Derek and Meredith finally officially tie the knot. We thought it would be happily ever after but alas, Shondaland had other plans.

Derek gets into a really bad car crash and subsequently dies after the ill-equipped doctors and hospital he was taken to didn’t detect his brain injury in time. Meredith is then forced to the most difficult decision to take him off life support. The only comfort in his death is that he had enough time to build a life with Meredith and their children. 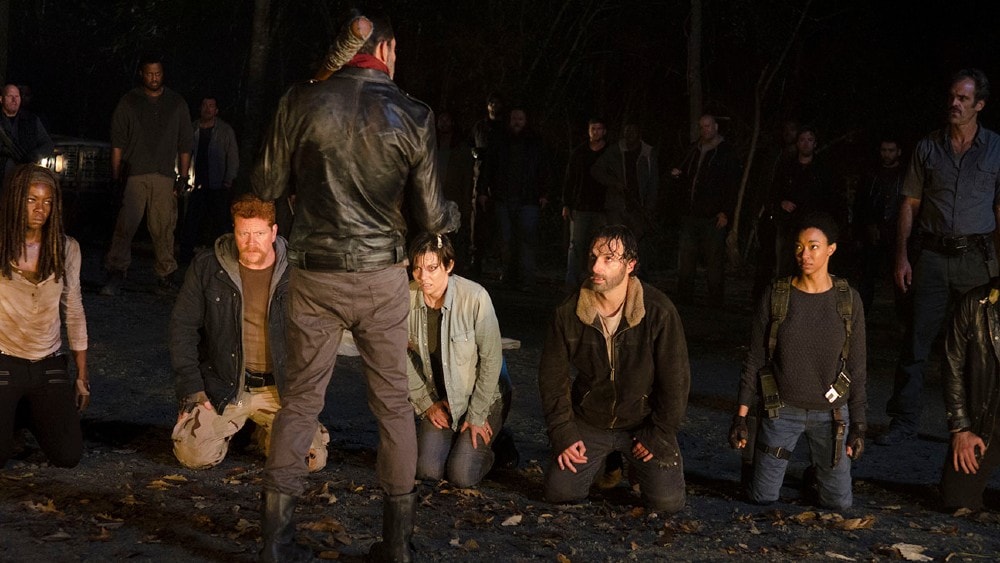 At the onset of season 7, The Walking Dead gave us a double whammy that was almost too much for fans to bear.

Glenn had been a staple of the show since early in the first season, and Abraham quickly became a fan favorite when he joined in season 4. So when the group was captured by Neegan and the Saviors, and we had to watch Neegan beat both Abraham’s and Glenn’s heads to a pulp, it was a gruesome, shocking sight that fans will never forget – or forgive.

Wes Gibbins, How to Get Away with Murder 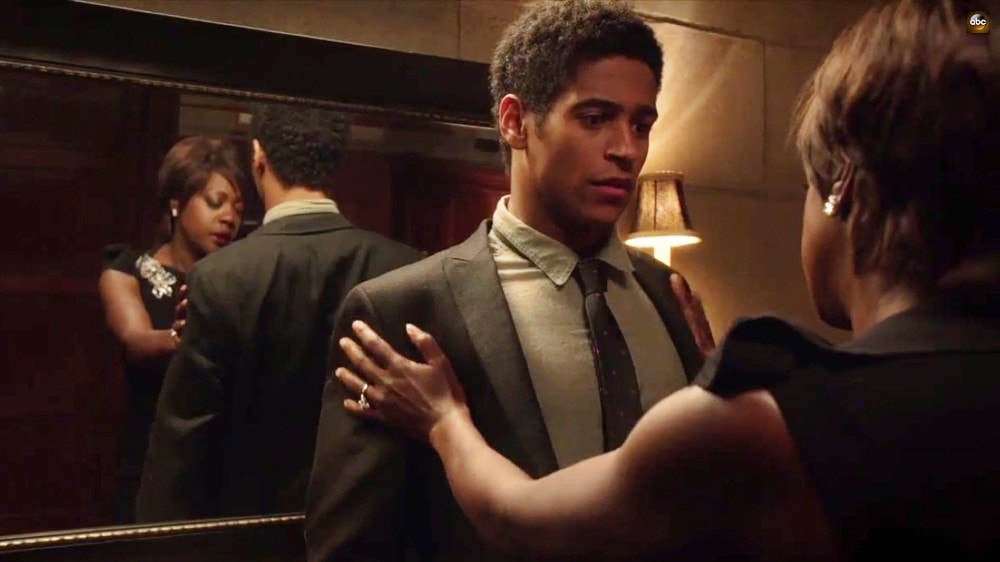 Nobody ever expects a show’s major character to bite the dust. There are plenty of character deaths in HTGAWM, but none as shocking as this one.

When it’s revealed that it was, indeed, Wes who was found dead in Annalise’s house, viewers were left wondering what direction the show would go in next. It may have looked like an accident at first, but it was later revealed that his girlfriend Laurel’s rich, snobby parents had a hand in his death.

Jack Pearson, This is Us 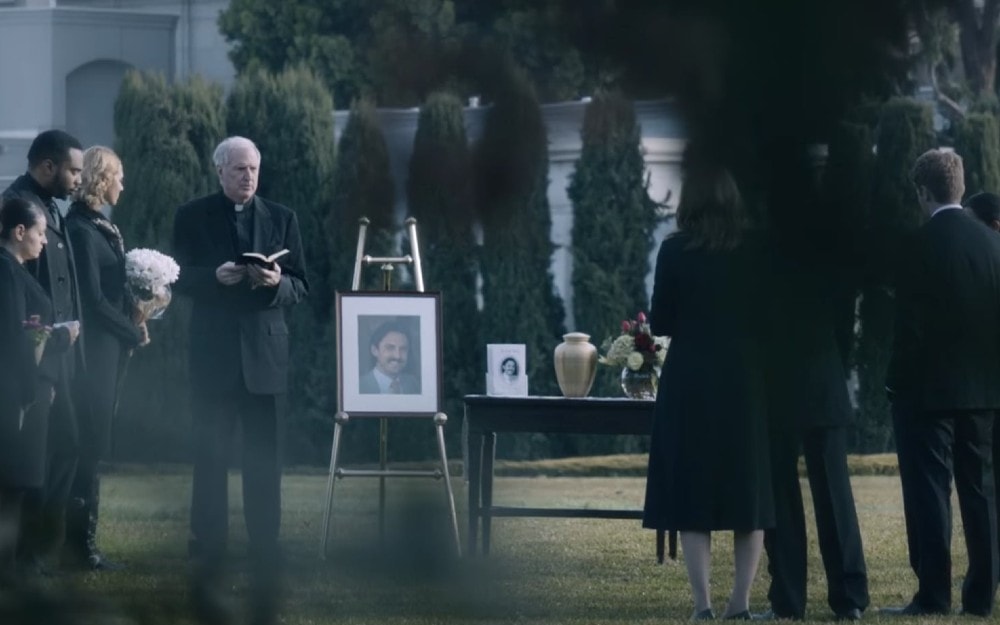 This Is Us outdid itself when it revealed the events surrounding Jack Pearson’s death, which was more heartbreaking than his death itself.

For a while, fans thought that the Pearson family patriarch had died in the fire the engulfed their house, caused by an old crockpot that was left plugged in overnight. Jack had actually survived the fire and was brought to the hospital to get treated. While there, he suffered from cardiac arrest as a complication of the smoke inhalation, and the Pearson family’s lives are changed forever. 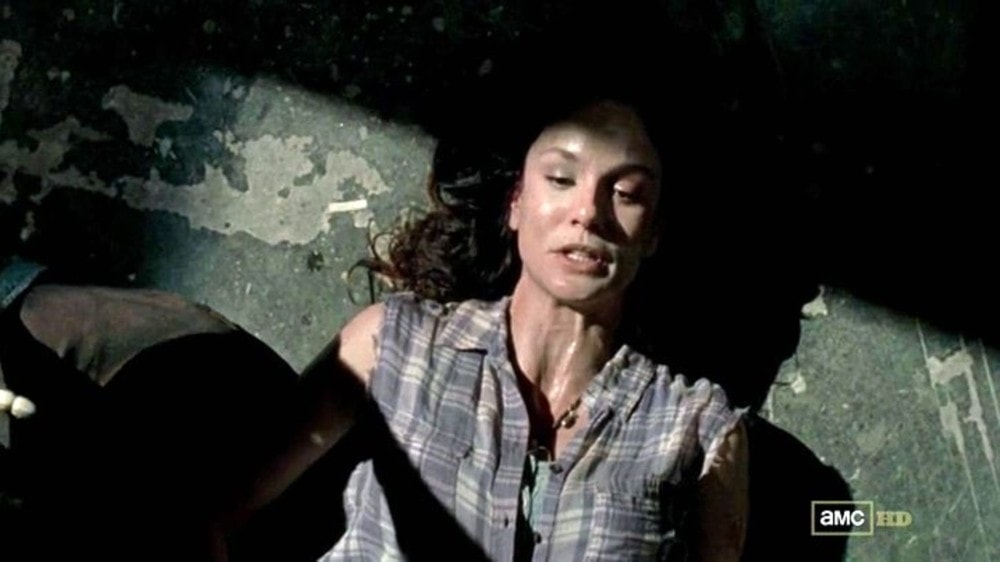 Okay, Lori wasn’t exactly the most well-loved character – at least in my opinion. Still though, her death was a tragic one.

As the prison they’ve taken refuge in is under attack by walkers, Lori, Maggie, and Carl managed to hide in a boiler room but Lori goes into labor due to stress. Maggie’s forced to give her an emergency C-Section, without anesthesia, to save the baby’s life. Lori says goodbye to her son, goes into shock, and dies as a result of blood loss. The worst part? Carl then shoots her in the head so she doesn’t turn into a walker herself. 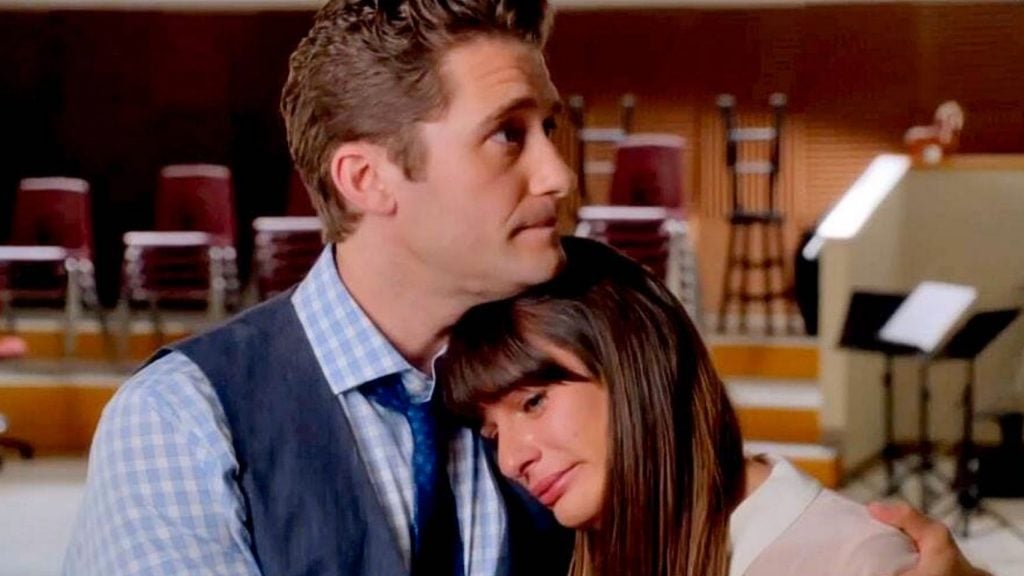 Everyone knew that Glee would eventually have to write off Finn Hudson’s character after the sudden death of the actor who played him, Cory Monteith.

Though it’s not revealed in the show how Finn died, the episode that reveals his death is filled with heart-wrenching tributes to both the character and Cory. It’s the realism behind Finn Hudson’s death that makes this one truly devastating. 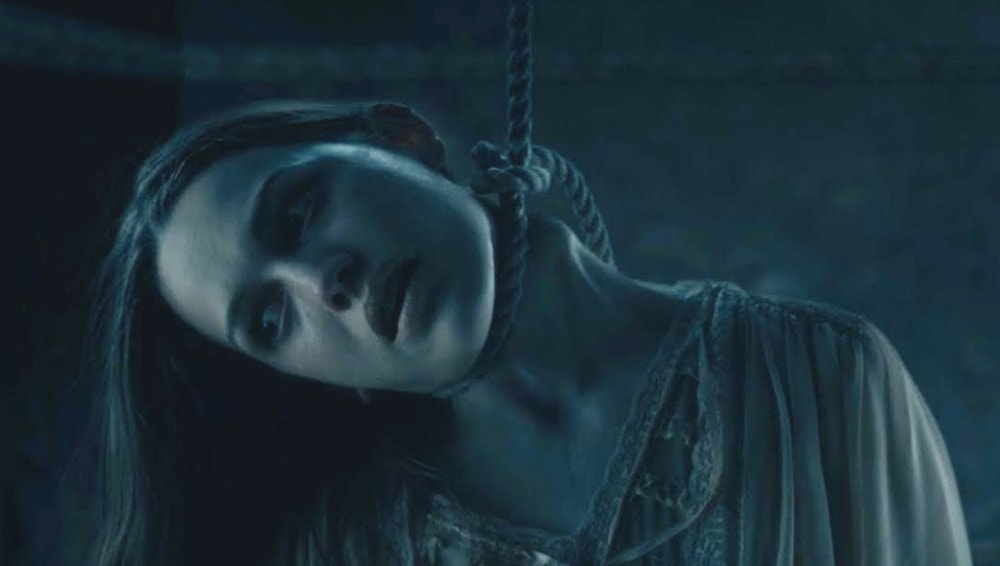 Just because the show was a terrifying horror show with unforgettable jump scares, there’s an undertone of sadness throughout the entire season. Nell Crain’s death was central to the story and was exposed immediately during the pilot episode.

Through switches between the present time and flashbacks, however, we witness what led to her death and how her siblings and father deal with their loss. Oh, and finally figuring out the mystery of the Bent-Neck Lady was both frightening and sad. 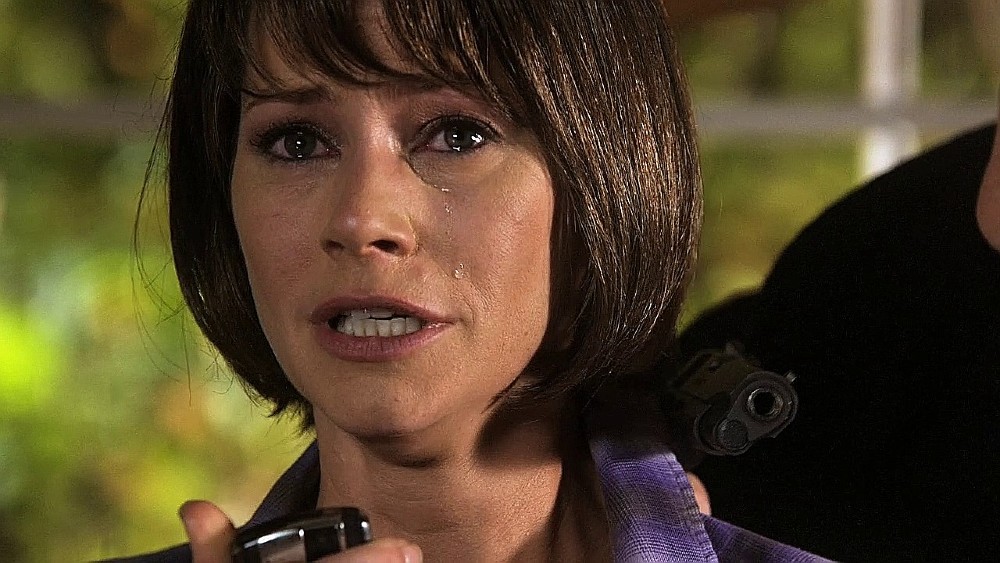 SSA Aaron Hotchner’s ex-wife Haley was by no means a major character in Criminal Minds, except in the last few episodes leading up to her death.

Hotch had been chasing after serial killer George Foyet aka “The Reaper” across two seasons. Foyet targeted Haley and Jack in an attempt to get to Hotch and when he got into their home, he shot Haley while she was saying goodbye to Hotch over the phone. He, and his team, heard the gunshot that killed her. 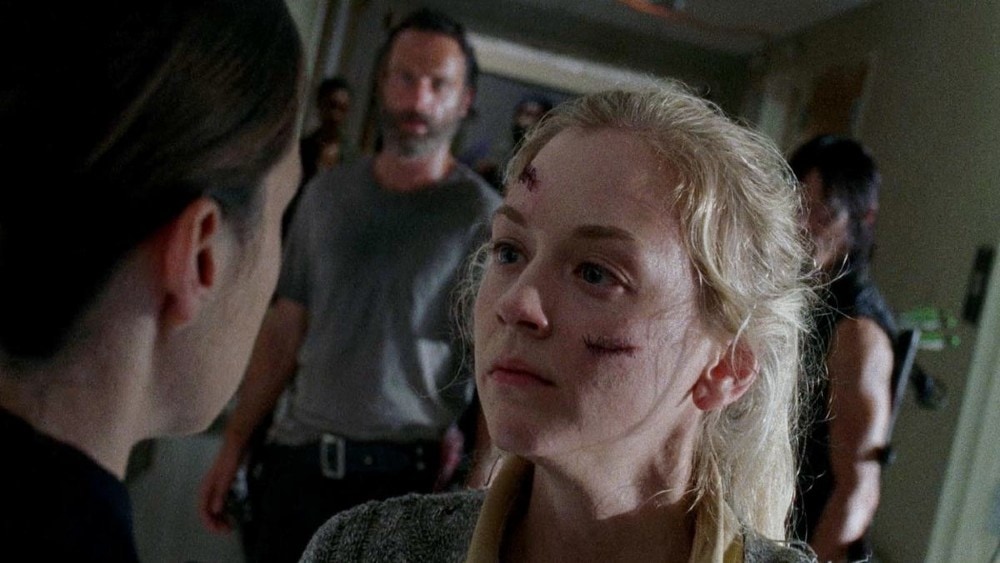 Beth’s death happened so quickly, you could blink a second too long and miss it. She was so close to getting back to their group after a successful negotiation with the police-turned-hostage takers at the hospital. In the last seconds of the exchange, Beth tries to kill the leader of the cops, causing the latter to shoot Beth in the head – completely by accident.

Daryl carries her body outside to the rest of their group, and Maggie breaks down after seeing her dead sister so soon after learning she was still alive. 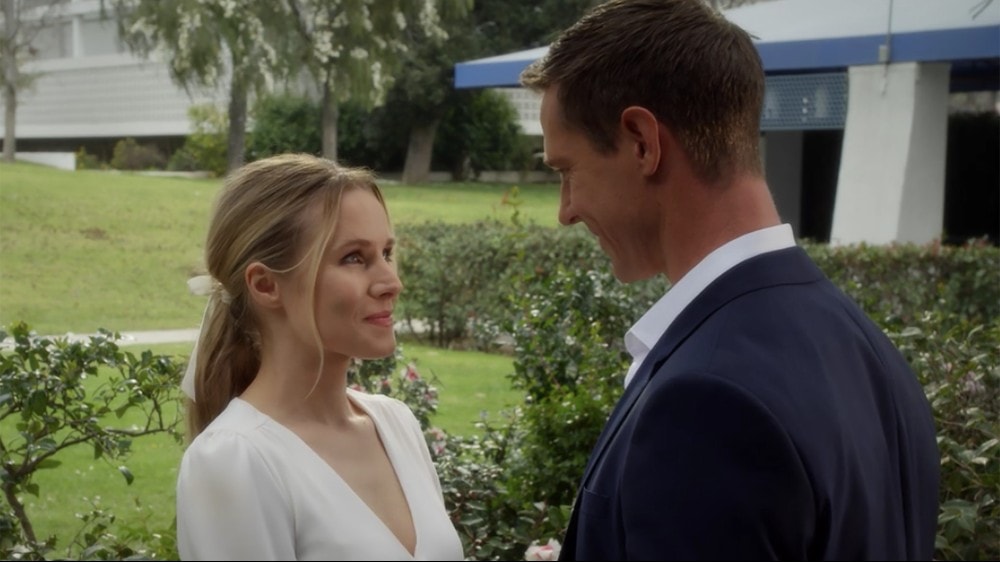 Fans were not happy after Logan Echolls died in the finale of the Veronica Mars fourth season, and it’s completely understandable, considering how strongly they had rallied for the season’s revival on Hulu.

Logan and Veronica’s on-and-off relationship had finally reached its peak when Veronica agreed to marry him in season 4. In the finale, the two get married and in the same episode, Logan is unceremoniously killed by a bomb intended for Veronica. 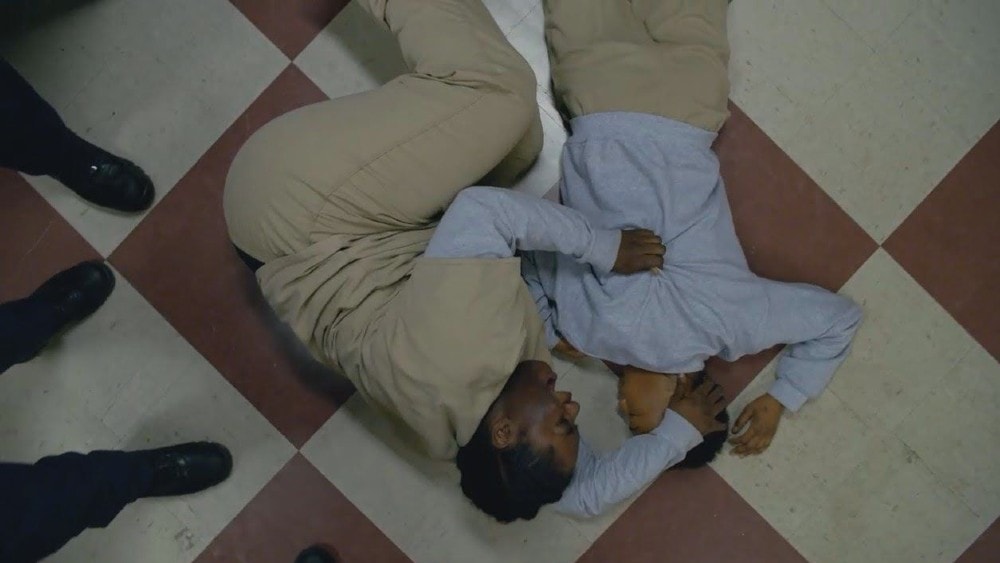 Poussey was a well-liked character, both by her fellow inmates and fans of the show. She avoided violence and was non-confrontational, so it made sense that she was trying to deescalate a particularly tense situation during their peaceful protest demonstration.

Sadly, it was during this time that she was forcibly restrained by one of the prison’s COs, with a knee on her back and hand on her neck. She starts to struggle with breathing and eventually suffocates to death, to the shock and despair of her friends, fellow inmates, and girlfriend. 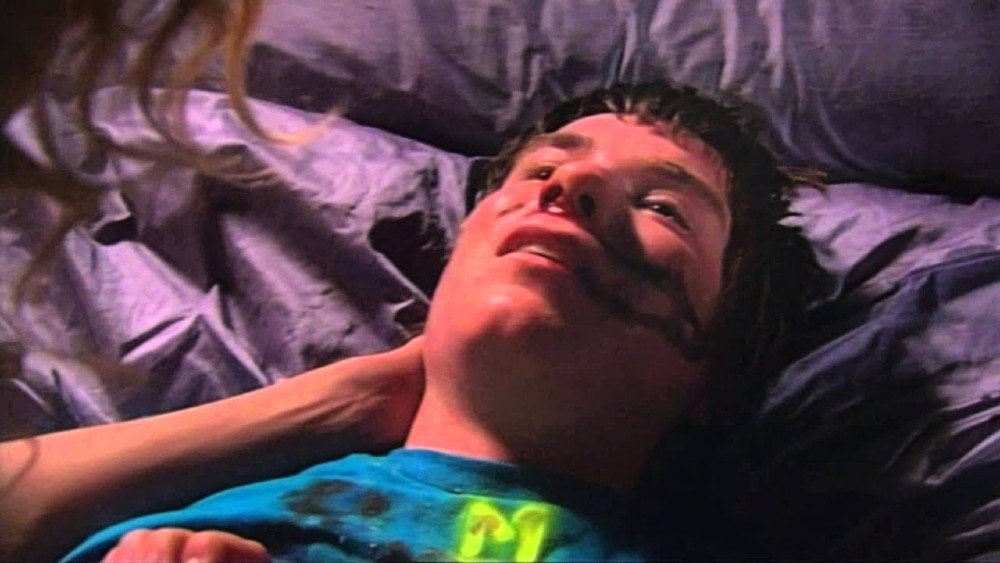 Chris had an exceptionally upsetting story arc throughout the two seasons of the Skins first generation, but his character development was probably the best one.

He started out as a troubled young boy who seemed to have purely hedonistic pursuits in like: drugs, sex, and alcohol. He was finally starting to get his life together (performing well at a decent job, falling in love) when he dies of subarachnoid hemorrhage – the same hereditary condition that killed his older brother – and left behind a heartbroken and pregnant girlfriend. 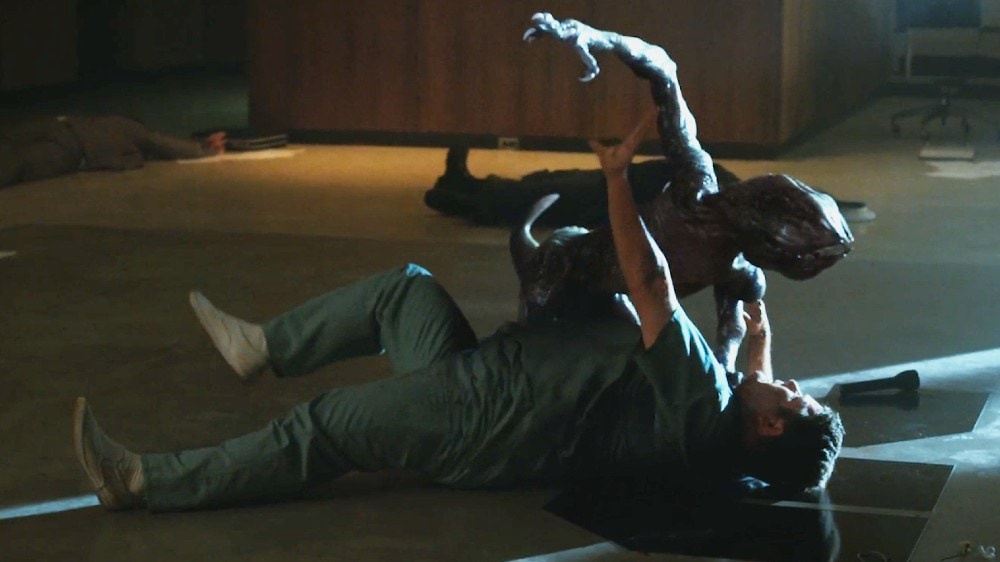 Joyce Byers was finally getting a little sunshine and love in her life after Will had returned and was (seemingly) back to normal, and sweet Bob Newby was the reason. He was just an innocent, adorable fella who definitely deserved better than to get mauled by a pack of demodogs.

He volunteered to go to the breaker room to restore power and allow them all to escape Hawkins Lab and just when we thought he would make it out safely, the demodogs show up out of nowhere, attacking and killing him. #BobDeservedBetter 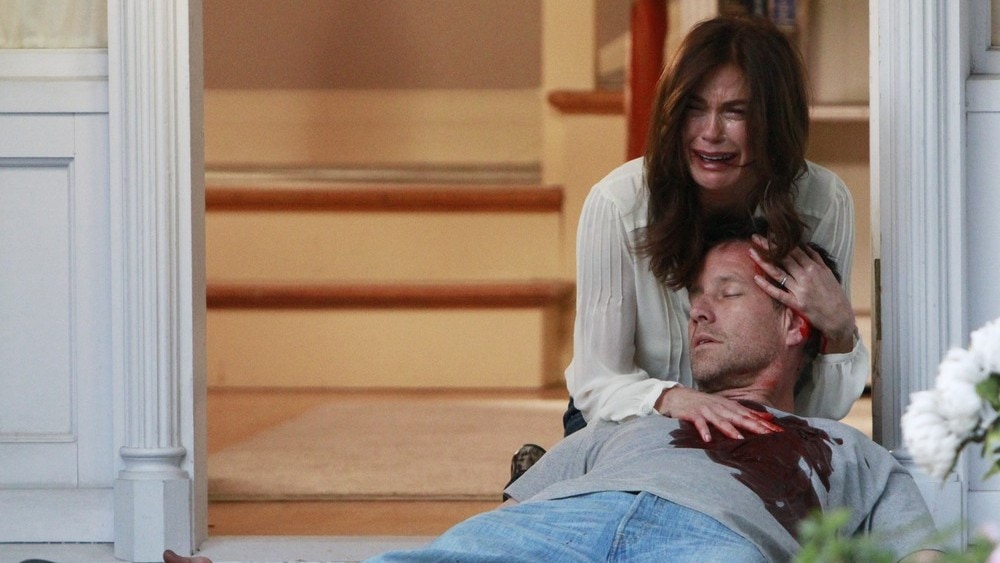 Mike Delfino and Susan Mayer were the earlier version of Meredith Grey and McDreamy: each with their own past, with fans of the show just waiting for them to finally have their happy ending.

Their relationship was not without its fair share of drama with not one but two weddings, and it all comes to a startling end as Mike is gunned down on the porch of his own house, right in front of Susan, by a loan shark he had slighted in the past.

Will Gardner, The Good Wife 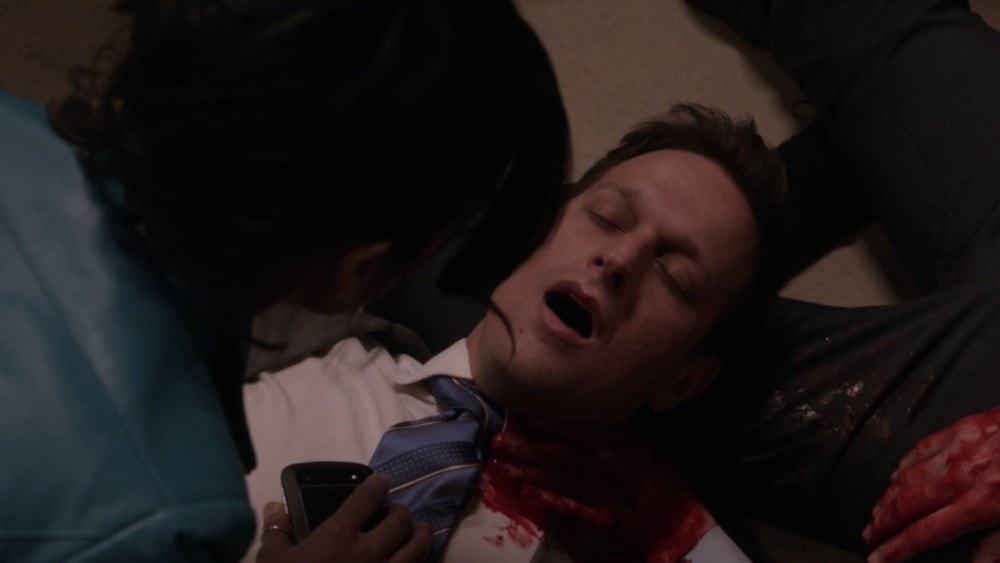 Yet another main character to hastily bite the dust, Will Gardner was central to the overarching storyline in The Good Wife and his death changed everything.

He was defending Jeffrey Grant, a complex case in which the circumstances led his client to reach the end of his emotional wits. While in court, Grant grabs an unsecured weapon from the courtroom cop and goes on a shooting spree, hitting Will in the neck. His sudden death leaves his colleagues – and fans – distraught and desperate to find out why Grant snapped. 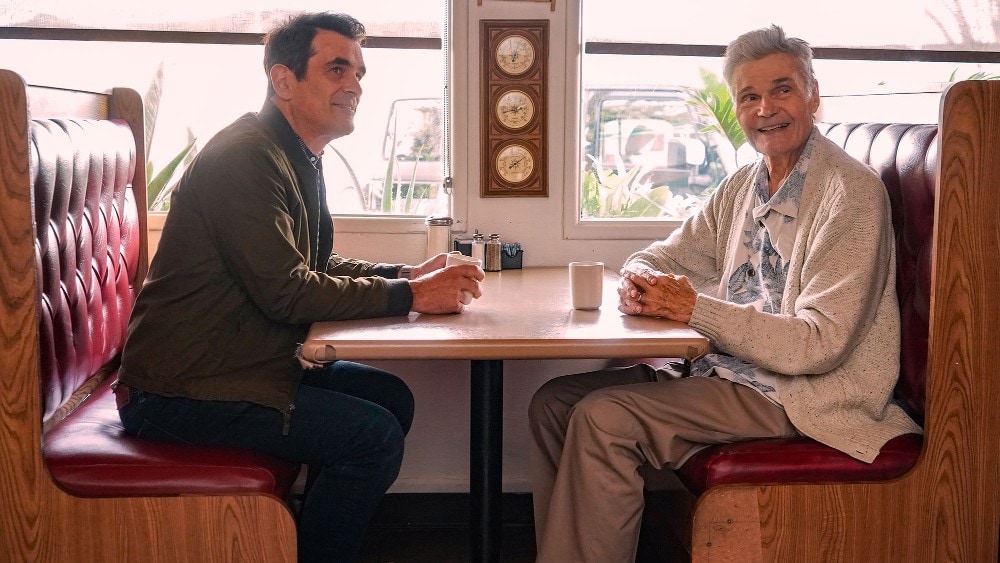 You’d hardly expect to see a sitcom on a list of shows with painful characters deaths, and yet here we are. In an episode during its eleventh season, Modern Family tackles grief and loss in a pretty poignant way – with the death of Frank Dunphy, Phil’s father.

In a flashback, Phil is spending the day with Frank after an incident that has him fearing that his dad is suffering from dementia. Phil then speaks fondly of his father, calling it the best day he’s ever had with him, before adding “I just didn’t know it would be the last.” Cue loud sobbing.

Now that we’re at the end of our list of the most unexpected, devastating, absolutely heartbreaking character deaths on TV, your eyes should be all red and puffy after reminiscing on these scenes – just like mine are. Excuse me while I curl up into a ball and grieve all over again.

And while I do, comment down below if we missed any huge TV character deaths that made you want to do the same!