Despite the fact that season 13 of Heartland has already finished airing in Canada, many fans worldwide haven’t yet seen season 12. Which is why it’s so great that I can finally announce that after a longer-than-usual wait the Heartland season 12 DVD is finally available for purchase on Amazon US.

Who can purchase the DVD?

As of right now, the DVD of the 12th season of Heartland is available to purchase for anyone who’s able to order anything on amazon.com. From the looks of it, the sellers of the DVD are able to send it all over the world. However, the shipping costs will differ from place to place. And I can’t guarantee that the DVD can be shipped to every country.


For those living in the UK, the Heartland season 12 DVD has been available for a while now on amazon.co.uk. And it looks like Australian fans can also get the DVD on their local Amazon as well – amazon.com.au.

As for Canadian fans, according to Amazon Canada, the DVD will be released on January 28, 2020. So, if you don’t want to pay extra for shipping from the US you can wait until the end of January and order the DVD for the twelfth season of Heartland then. Or you can even pre-order it so it gets shipped to you as soon as it’s out!

One thing to keep in mind before purchasing the DVD though, the current version available on Amazon US will be shipped from the UK which means that you will need a DVD/Blu-Ray player that’s region-specific or multi-region. Meaning that the DVDs might not play on players that are made for the US region only. So check your devices before purchasing the DVD set and make sure that the device which you will be using to view the DVDs supports PAL format.

If you have a player that only supports NTSC format, though, don’t panic. Just order the DVD from Amazon Canada when it becomes available at the end of January.

What does the Heartland season 12 DVD include?

The season 12 DVD includes many great features. First and foremost, it has all 11 of the Heartland season 12 episodes split between four DVD disks to offer the best viewing quality.

But that’s not all! Additionally, the complete 12th season DVD also has quite a few extras that regular viewers won’t get to see. From behind-the-scenes footage of creating and filming the season to different featurettes including one on the show’s 200th episode, exclusive cast, and crew interviews, beautiful Heartland imagery and, of course, a sneak peek at Heartland season 13. It has all the extra content that will make your viewing experience that much more exciting.

What happened on Heartland season 12

Still on the fence about whether you should get the DVD or not? Let me tell you a bit about what happened on season 12 of Heartland.

Amy and Ty were trying to figure out how to balance having a toddler and persuing their carriers which led them to reviving their dream of owning a business together as well as growing as a family both emotionally and literally.

Georgie got serious about showjumping which led to tough decisions but also to big opportunities. While Lou was juggling a new business venture in New York with trying to be a good parent to her daughters and figuring out her feelings for a newly-engaged Mitch.

Jack and Lisa had to work through some relationship problems. And Tim made a few drastic life changes that changed not only his life but the lives of those around him as well. 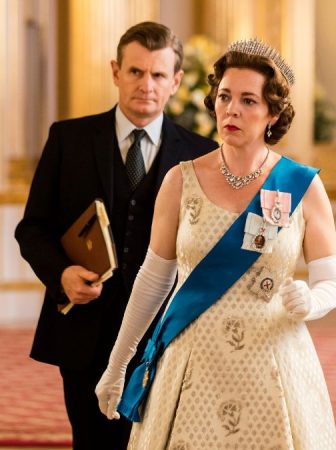 Why Anne With an E Season 4 Needs to Happen

TV in Numbers: All the Stats and Facts You Need

Current and Upcoming Drama Shows Based on Podcasts

The Best Firefighter TV Shows from the Past and Present