Ever wondered what it’s actually like to be a digital nomad in this day and age? The upcoming 6-episode web series titled Wanderlost: The Series might just help you find the answer to this question.

Wanderlost follows a French travel vlogger Jessa, played by Marine George, who reconnects with her long-time friend South African surfer Leku, portrayed by Leku Dube Rudling. But soon the two friends realize that their lifestyles are vastly different. So much so that it might cost them their friendship.

The mini-series, which was created by a team of people from eight different countries, promises to be a satirical take on the seemingly perfect traveler lifestyle. While also providing commentary on the authenticity of relationships in the age of social media and highlighting the South African culture.

And we had the pleasure of talking to Marine George, the screenwriter, producer and one of the lead actresses of Wanderlost. Where we covered everything from how and why she started acting and her favorite TV shows. To, of course, Wanderlost!

A huge thank you to Marine for chatting with us! And let’s get into the interview!

Tvshowpilot: Your acting journey is a unique one. You went from a carrier in diplomacy and tech to being a successful actress and even creating your own production company, People Who Matter. What made you decide to become an actress? And how has your journey been so far?

Marine George: First of all, thanks a lot for taking the time to interview me.

As a child, I had a passion for acting. However, as many of us do, I eventually started believing that acting was not a career I should seek. Honestly, it’s not so much the lack of security that turned me off, but rather the perception that actors were vain people. I thought that wanting to be an actor was shameful, and nobody knew, even my family or my best friends, that it was my dream.

As I started my professional career, I started realizing that there was no going back. A part of me always thought that “one day”, I could do something to act. It was a defense mechanism to not feel too sad about not acting. But on my 26th birthday, it hit me! It’s common knowledge that the acting industry likes people to be young, so I realized that if I still wanted to honor my childhood dream, I had to do so immediately or never. In a way, the – false – perception that actresses must be young is what saved me. I often think that there must be many people out there who still caress dreams, hoping to get to it later in life.

Tvshowpilot: Is Wanderlost the first project you’ve written? What made you shift gears from acting to writing?

Marine George: I love writing as a personal thing, mostly poetry or short fiction. I had written a few short film projects as an exercise, but never really meant to take them to production. With Wanderlost, I felt like I was onto something, as I was talking about the world of travelers, which I know very well but never see content about. Contrary to the other projects I had written, I felt like I truly had something to give with this project. 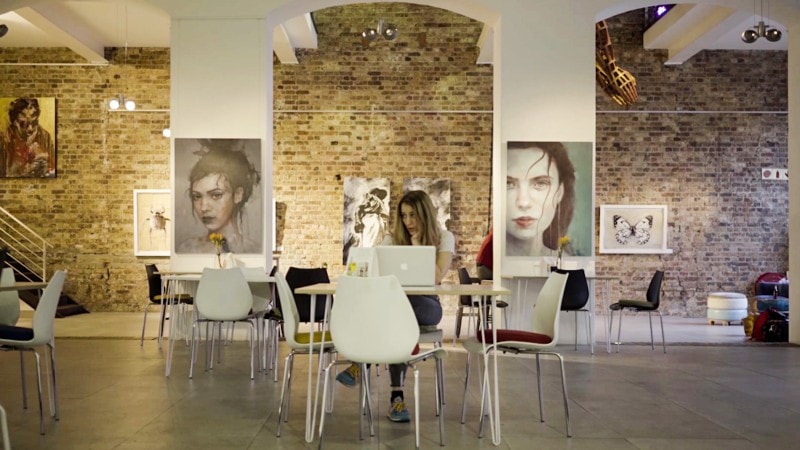 Tvshowpilot: Wanderlost is described as comedic web-series that gives a new perspective on what it really means to be a digital nomad and live the seemingly perfect lifestyle of a worldly traveler. Why did you choose this topic to be at the forefront of your project?

Marine George: I spent the last 9 years living in 4 different continents. I’ve traveled my entire life and have a true passion for understanding other cultures, perspectives, ways of life. It has given me so much and I would use any excuse to share this around me – especially when I see that so many people promote the false idea that traveling is just about finding a fun backdrop for your next photoshoot!

On top of that, I also know that the nomad or the expat life is far from perfect! What these beautiful pictures don’t tell you is the solitude, the constant cultural shock, the difficulty to fully feel connected both to where you’re going and where you come from. Nobody talks about that and I wanted to use humor to warm up the solitude of the nomadic tribe!

Tvshowpilot: Your upcoming mini-series is set in beautiful South Africa. What made you decide to have Wanderlost take place in South Africa and therefore highlight South Africa as both a country and a culture?

Marine George: South Africa is the first foreign country I lived in and it has opened up my world like nothing else ever did. It was important for me to pay my tribute to this place, and also help understand the complexity of Africa. It’s the second most populated continent in the world and yet, so often treated as one big country. Would you ever put Argentina and Canada in the same bag?

Also, South Africa is just a sublime travel destination, and Cape Town was once again just ranked #1 Travel Destination by The Telegraph.

Last but not least, there is a wonderful movement trying to encourage diversity in the US at the moment. By locating my series in South Africa where the racial issue is so strong, I also wanted to offer another perspective on this topic and enrich the conversation for audiences worldwide.

Tvshowpilot: You’re not only the writer but also the producer and lead actress in Wanderlost. How was the experience of being both in front and behind the camera?

Marine George: I’m not gonna lie, it’s not easy. In such endeavors, what matters most is to surround yourself with a team you trust. I’ve been surrounded by wonderful people, Leku Rudling, my co-lead, and Julia Stephenson, the associate producer, in particular. 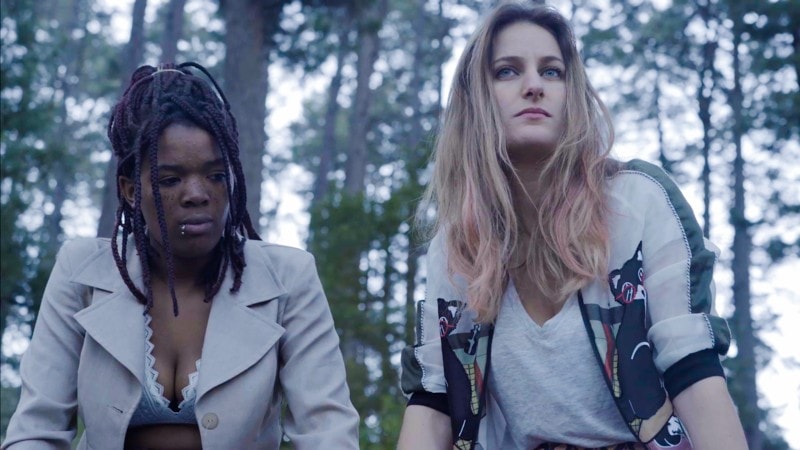 For the next seasons, I will try to lock more during pre-production, and to surround myself with a stronger team in order to let go of some steam and focus better on the acting process – my favorite part!

Tvshowpilot: Activism seems to be embedded in everything you do. From working with several NGOs to empower microentrepreneurs. To starring in Othello: A Woman’s Story, an all-female play bringing awareness to such heavy topics as racism and LGBT issues. What motivates you to continue fighting for important causes?

Marine George: Thanks a lot, I guess I didn’t realize myself that I was such an activist! I’d rather reverse the question: when we have nothing to fight for, life becomes harder to get by. Inequalities are part of life and always will be, but when you experience them first-hand, it’s difficult to close your eyes and pretend there’s nothing wrong.

Tvshowpilot: Why should people check out Wanderlost when it premieres?

Marine George: Because it’s so fun! Seriously, this is a wacky comedy! If you like Sacha Baron Cohen humor and series like Girls or Silicon Valley, you’re gonna have a great time. I mean, Jessa J is the colorful epitome of everything that is going wrong with our world – you simply can’t not love hating her!

Tvshowpilot: Here at tvshowpilot we are all about TV shows. So, tell us about your favorite TV series or current TV obsession!

Marine George: Oh, I spent the last months catching up on Bojack Horseman. I’m also a huge fan of Barry, which reminds me a lot of myself and Glow as I’m also a bit of a wrestler and the cast is so great. When I miss Europe, I watch Call My Agent! or La Casa de Papel aka Money Heist.

Tvshowpilot: Lastly, what’s next for you in terms of new or ongoing projects? Anything you can share?

Marine George: I have some very nice projects lined up, unfortunately, I’m not allowed to share more about any of them at the moment. If you want to stay updated, feel free to follow me on Instagram or Twitter: @sheikhamama or subscribe to my newsletter!

There you have it, folks, our interview with the super talented Marine George where we touched on everything from what drew her to acting and what was it like to write, produce and act in her own project. To what inspired her to write Wanderlost: The Series and what we can look forward to seeing once the mini-series premieres.

Make sure you follow Marine on her socials to keep up with what she’s up to. And don’t forget to also check out the website for Wanderlost, where you can sign up to be notified on all the latest on Wanderlost, including when the web series, which is now in post-production, premieres. 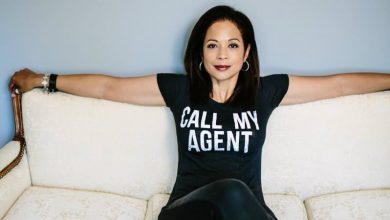 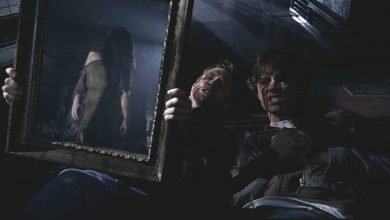 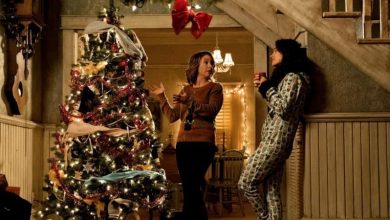 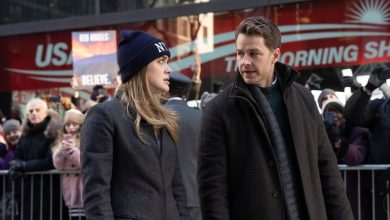