In honor of Valentines Day and February as a whole, since this month is often dubbed as the month of love, I thought I should do an article on my top TV’s OTPs (One True Pairing for those who aren’t as well-versed in modern day slang). Aka the TV couples that have found their way into my heart and have stayed there permanently.

So in no particular order, here are my all-time favorite TV show couples! Some more popular than others or more loved than others. But nonetheless all lovely duos with dedicated fanbases and loving fans. 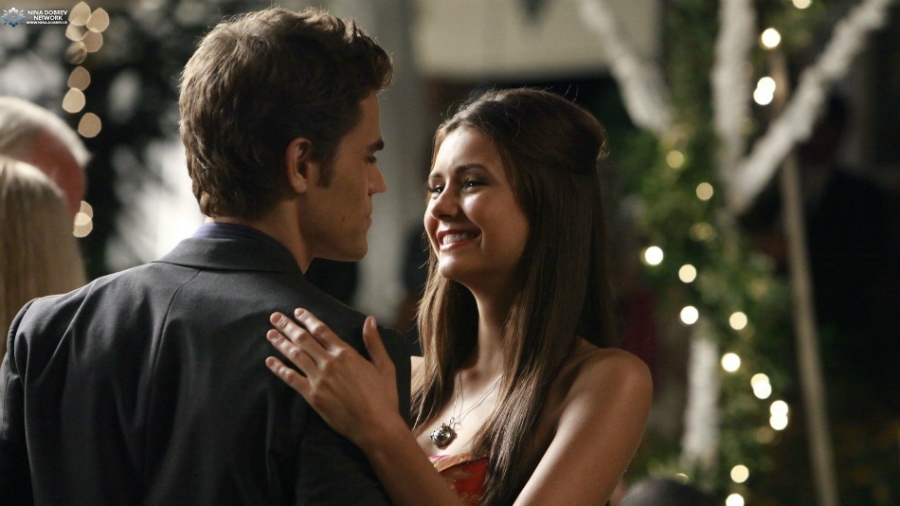 I know that having Stelena instead of Delena as your TVD OPT isn’t the popular opinion. However, as a fan of The Vampire Diaries, I can confidently say that I always liked Elena and Stefan together much more than Elena and Damon. Mostly, because they just seemed better for each other. And, of course, also because of that young, first love aspect of it all. Which is why Stelena is this list’s first OTP.

ThunderBlink (Clarice & John from The Gifted) 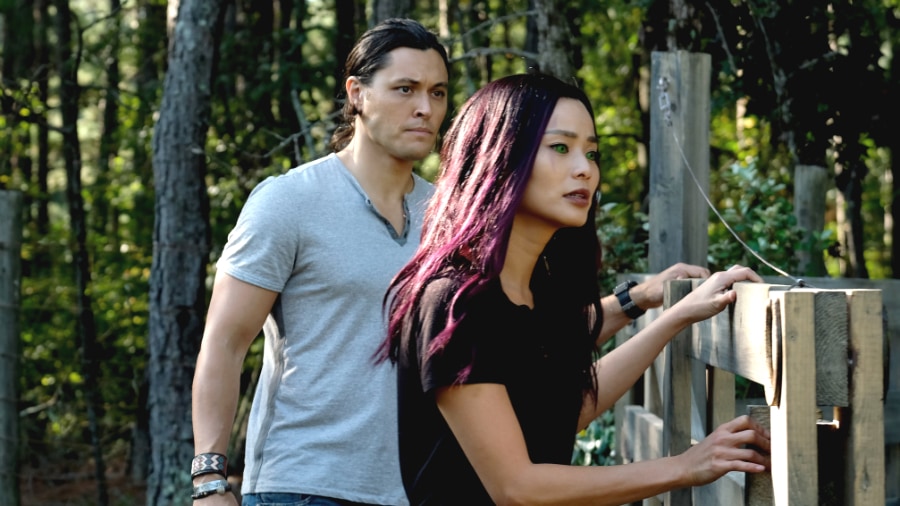 Although The Gifted was cancelled after just 2 seasons and ThunderBlink didn’t become canon until the very end of season 1 I personally have been shipping this couple from the very beginning of the series. And thanks to The Gifted season 2, the relationship between Clarice and John become one of my all-time favourite OTPs.

Shirbert (Anne and Gilbert from Anne With and E) 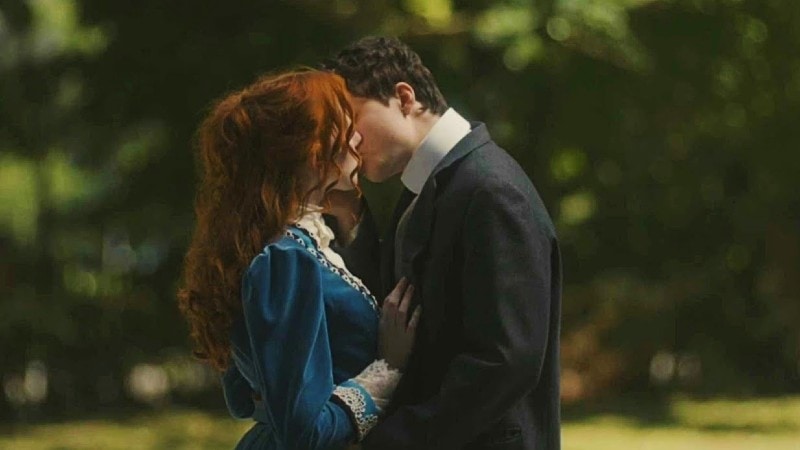 Who doesn’t love a slow-burn romance. And the Shirbert relationship was just that. It developed slowly, gradually. As well as had many obstacles to overcome. But in the end Gilbert and Anne found their way back to each other and sealed the deal with a kiss. Which made it that much more painful when Anne With an E got cancelled. Luckily, fans of the show are still fighting for Anne With an E, which hopefully will result in us getting a fourth season and therefore more Shirbert! 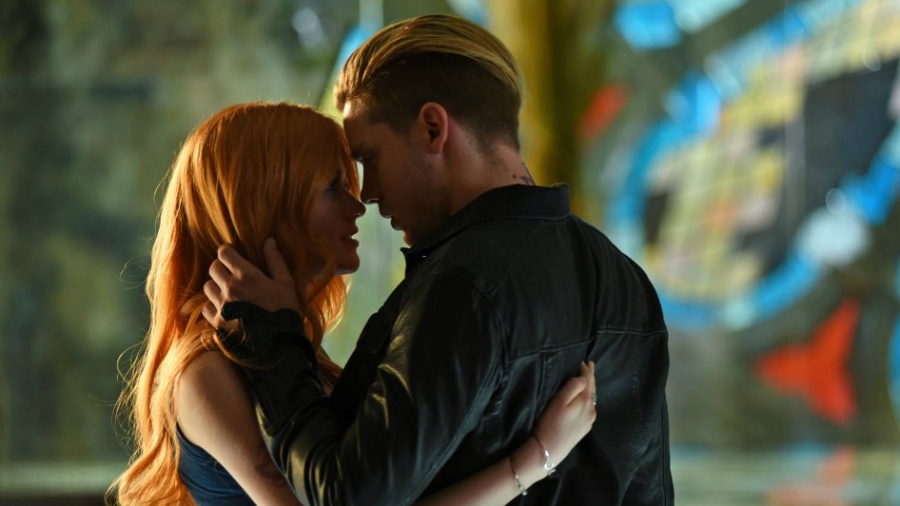 Despite these two having quite the complicated relationship (what with them thinking that they are brother and sister for a while there!) and then finding out that they are not, only for Clary to be with someone else I still love Clary and Jace as a couple. Because they seem to not only love each other fearlessly. But they also balance each other out beautifully. Which is why Clace is, indeed, another one of my top TV show OTPs.

Captain Swan (Emma & Killian from Once Upon a Time) 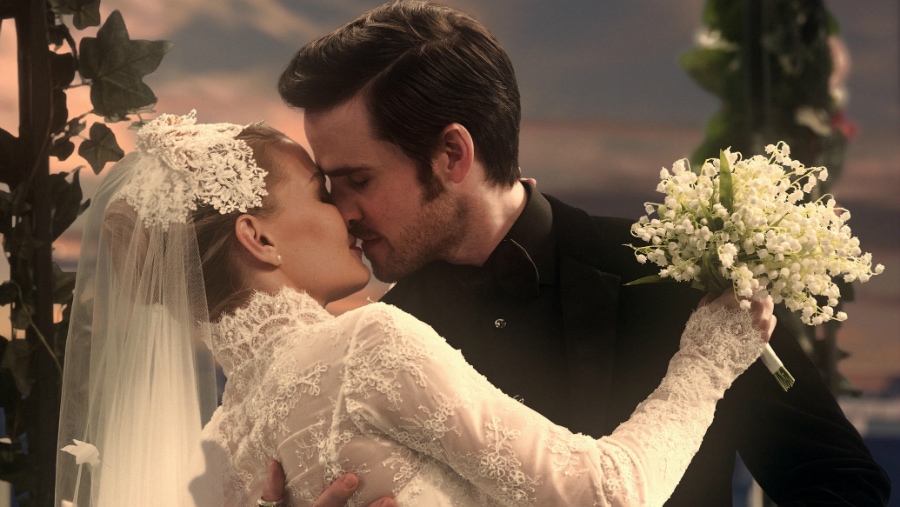 If you have read my blog for a while then you know that I binged Once Upon a Time in a relatively short time. And as soon as Hook showed up in season 2 of OUAT and started interacting with Emma, I started shipping the two of them. Because there just was this undeniable chemistry between the two characters. Which is why I was ecstatic when the show’s writers actually decided to pair up The Saviour with The Pirate. And which is also why the couple that is lovingly called Captain Swan by its fans is among these TVshowpilot’s all-time favorite TV couples. 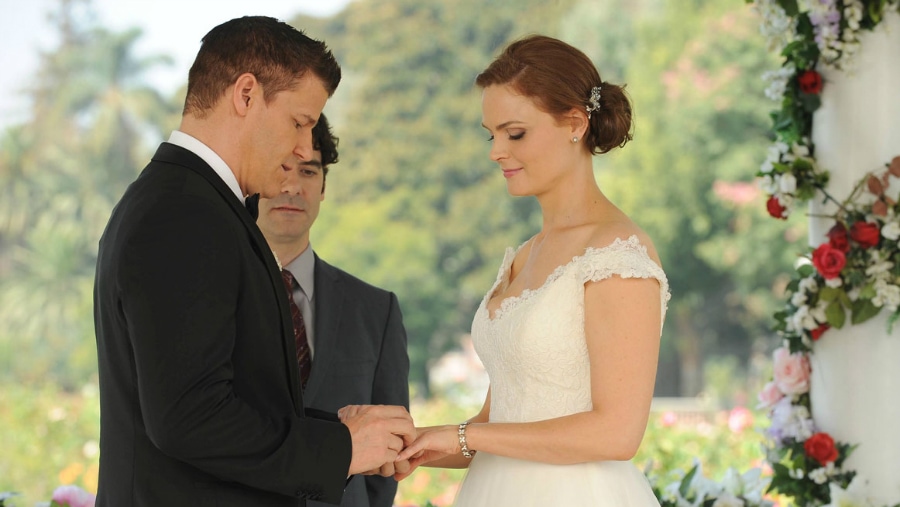 Bones fans know that for the longest time Booth and Bones were the ultimate will-they-won’t-they couple. Until at the end of season 6, when they slept together and season 7, when they became the solid couple that they were up until the series ended in 2017. So really, I couldn’t not mention them on this list, because they are just adorable together. And also because they are the ultimate proof that two very different people can get together and stay together, letting their differences bring them closer together not split them apart. 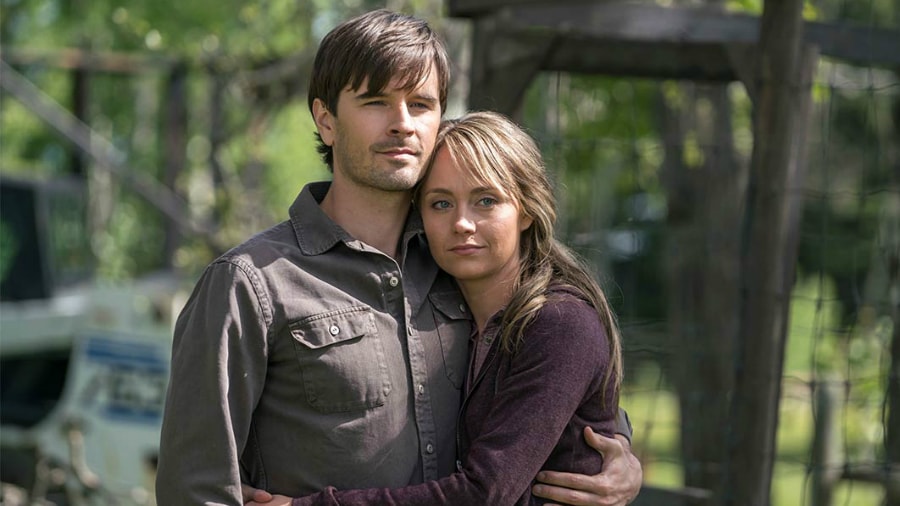 Did you really think that I am not going to mention Tamy aka Amy and Ty on this list of my favorite TV’s OTPs? Not a chance, because as an avid Heartland fan I absolutely had to give a shout-out to my favorite Heartland couple. And even though their beginnings were rocky, to say the least. The last few seasons Ty and Amy have been as solid as can be. Building a life together and creating a family of their own. And for that reason alone they deserve to be featured in this article. 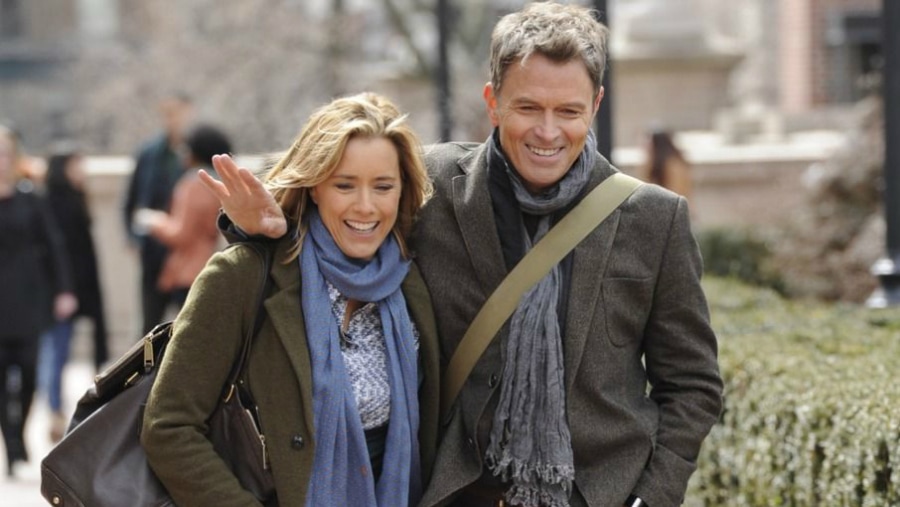 I long have been calling Elizabeth and Henry McCord not only my all-time favorite TV parents. But also marriage and relationship goals. And now it is time to add the OTP label to that list as well. Because let’s face it, it will be hard to find a more playful, real and goal-worthy couple on TV than The McCords. And for that, we need to thank the Madam Secretary writers as well as the two actors, who bring these character to life, Téa Leoni and Tim Daly. So hear, hear to the McCords and may they stay ever the marriage goals that they are now! 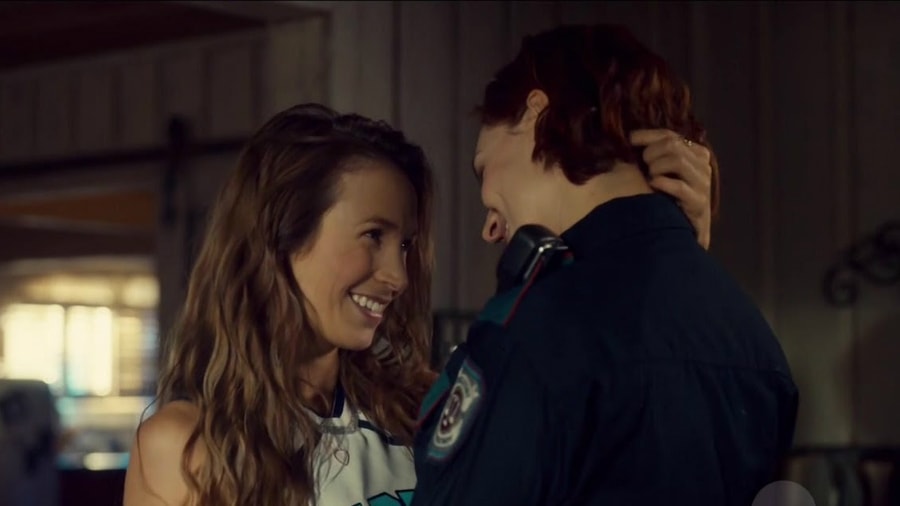 Next up, there is WayHaught from Wynnona Earp. Even though the main love triangle on the show’s first few seasons was between Wynonna, Doc and Dolls, fans, myself included, couldn’t do anything but fall in love with Waverly and Officer Haught. They not only are the cutest couple, both adorkably awkward but oh so sweet, but their story is very inspiring as well. What with Waverly coming to terms with her feelings for Nicole and Nicole helping Waves through all of it. So this list of my choice TV’s OTPs wouldn’t be complete without WayHuaght in it. 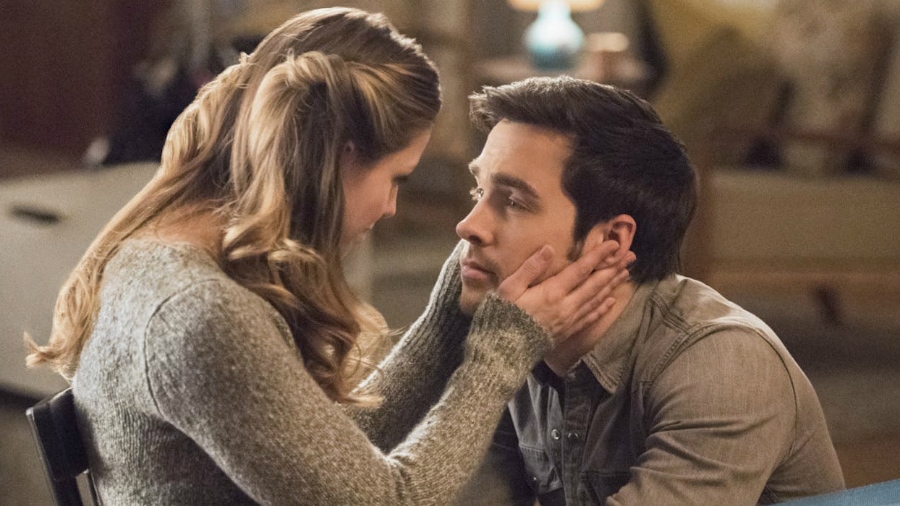 While season 1 of Supergirl was all about Kara and James, as soon as Mon-El arrived on Earth in season 2, woke up and started interacting with Kara, it was clear that there was something between them. And over the course of the season, we saw the two fall madly in love with each other. With the Supergirl and The Flash musical episode sealing the deal for the two of them. And even though Kara and Mon-El haven’t been a couple since the season 2 finale, Karamel still holds a dear place in my heart as the cute OTP couple that they once were. 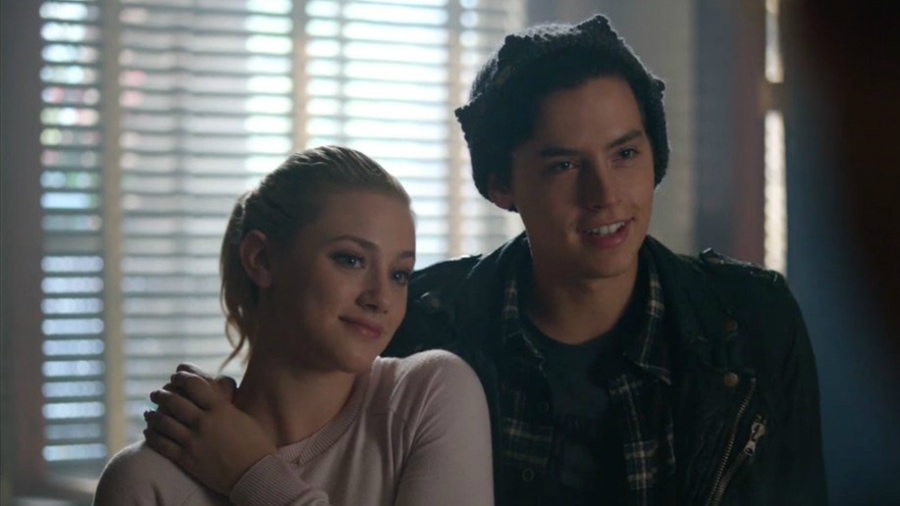 Despite Riverdale being based on the Archie Comics, the show decided to more or less veer off from the love triangle route and pair up Betty and Jughead. Which paid off for them massively. Because the couple quickly gained a cult following and it has been growing ever since. And even though since Betty and Jughead became BugHead the two have been together on and off, they have been there for each other no matter if they were a couple at the time or not. Which, in my opinion, is an indication, that they are, in fact, endgame, and will eventually find their way back to each other on a more permanent basis. 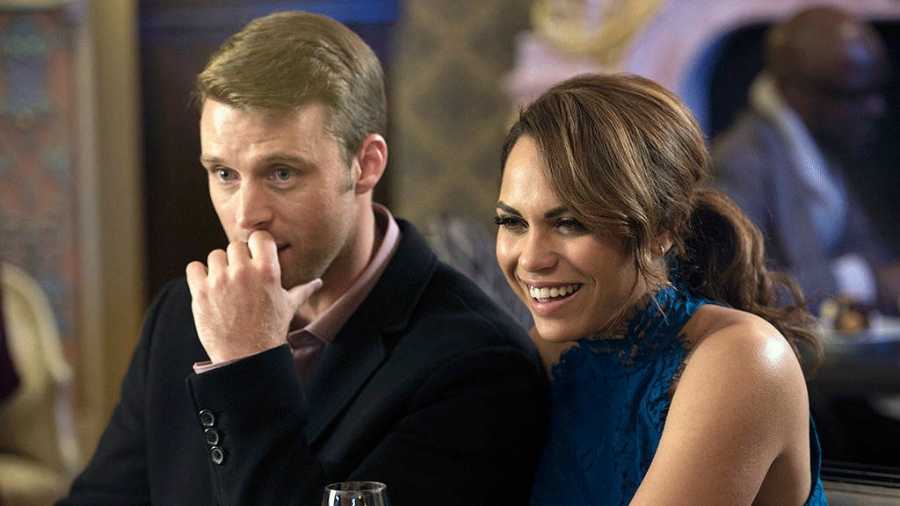 In a similar fashion to Bones, for the longest time, Gabby and Matt from Chicago Fire were the couple who should be but aren’t together. However, other partners and many breakups later, Dawsey finally got married. And even though they aren’t together anymore, what with Monica Raymund leaving the show to pursue other opportunities, they still hold an OTP status in my mind. After all, they have been through so much, both separately and together. And there is still a lot on love between the two. 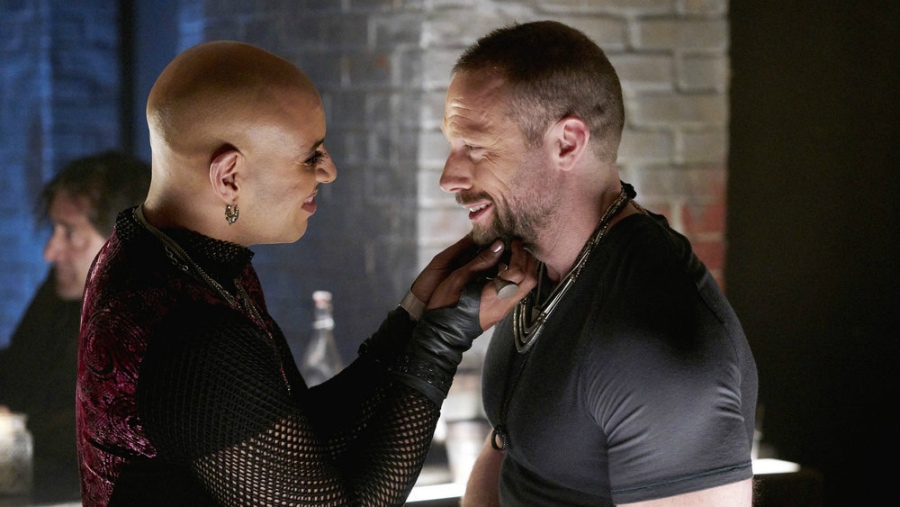 I know that when it comes to Killjoys Pree and Gared probably wouldn’t be most people’s first choice in an OTP. Especially, since we haven’t seen that much of them. But they definitely are one of the most unconventional couples on Killjoys, which is why they became my OTP real damn fast. Enemies turned boss and an employee turned lovers. How is that for a space love story for you? On top of that, they tied the knot in midst of preparing for a war in season 3 finale, and then went on to battle some Hullen as their honeymoon. If that doesn’t scream true space love for you, then I don’t know what does! 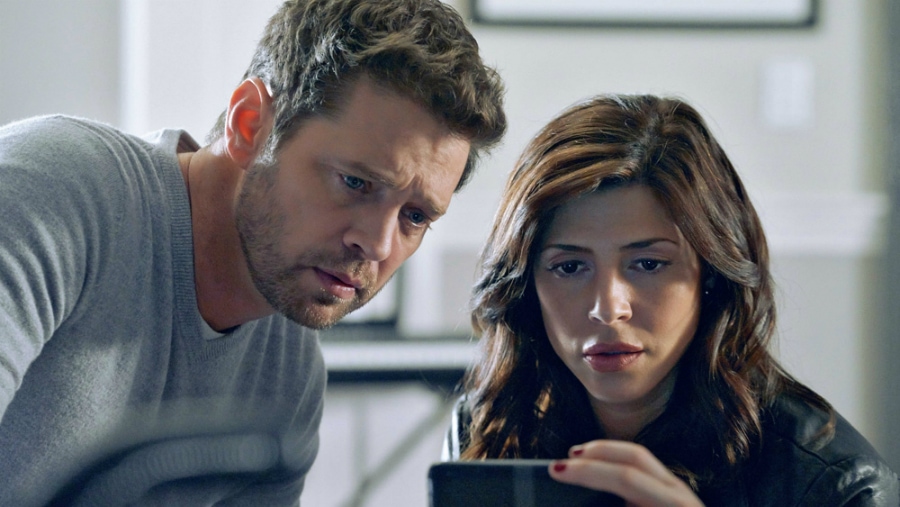 Then there is the PI duo Angie and Matt who, let’s face it, should have long been more than just business partners. The chemistry between the two is palpable every time the two of them is on the screen together. And they not only work really well together but also compliment each other nicely. Which is why I was so happy when in the Private Eyes mid-season 2 finale it seemed that they might finally get together. Unfortunately, that didn’t pan out. But luckily, we still have time for that to happen. After all the show was renewed for season 4 by Global! Though we might need to start the Shangie chant together so the Private Eyes writers hear us. So one, two, three, Shan-gi-e. Shan-gi-e! 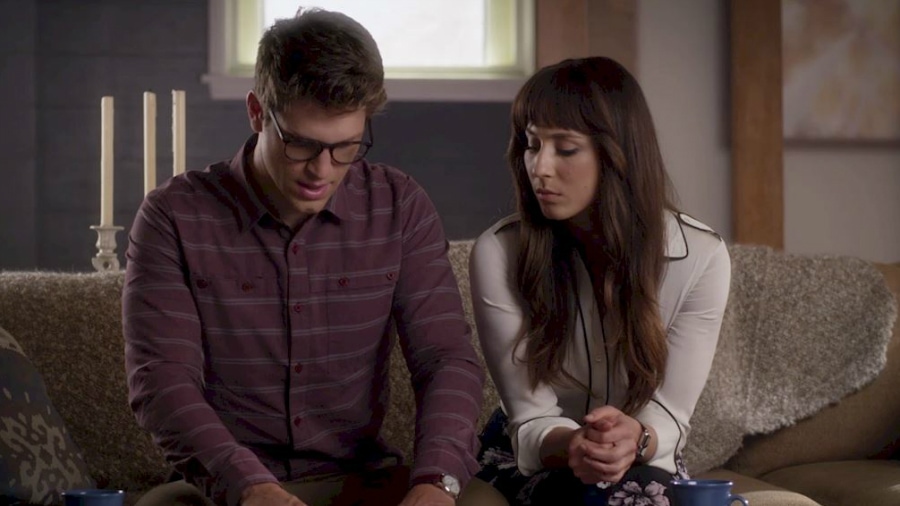 And last but not least there is Spoby from Pretty Little Liars. Yes, I know that there were many couple-goals couples on PLL, but for some reason, Spencer and Toby have always been my favorites. And, even despite the fact that when the series ended the two weren’t married or even exclusively together, I still maintain my opinion that Spoby is and always will be endgame. Because, like the show’s creator Marlene Kind pointed out on social media, what can be more romantic than your other half differentiating you from your identical-looking twin. Am I right or AM I RIGHT?

So there you have it. My top 15 TV couples that I call my OTPs. Did I feature your TV’s OTP on this list? Or did I left out someone you think should have been mentioned here? Let me know in the comments or on social media!

And happy Valentine’s day, everybody. Celebrate love even if you don’t have a partner to share the holiday with because love (even romantic love) comes in many different forms, shapes, and sizes. And stay tuned for more fun articles to come!