What prosperity there was during the 1920s came to a pretty devastating halt at the end of the decade with the crash of the stock market in 1929. With America – and the world – unprepared despite the years of build-up, the crash went from a regular economic recession to the 1930s-defining Great Depression.

The effects of this were worldwide and felt throughout most of the 1930s up until the beginning of the Second World War: increased unemployment, widespread poverty, and an ineffective response from the American government under President Hoover.

The “Dirty Thirties” nickname became prevalent in America thanks to the severe droughts across the prairie lands that caused dust storms to spread throughout the entire country. There was also the explosion of the Hindenburg in 1937, devastating hurricanes in 1935 and 1938, and the (intentional) Yellow River flood in China in 1938!

As with all eras, however, anyone could argue that it wasn’t all bad. The History site tells us that the 1930s also saw the birth of the first intercontinental airline flight, the social security system in the US, the 1939 musical film The Wizard of Oz (which remains a personal favorite to this day!), and the chocolate chip cookie!

As a way to look back on this dark era in history, we’ve put together a list of the best modern TV shows set in the 1930s!

Some are historically accurate, others have a twist of fantasy, but all are guaranteed to take us almost a century into the past! 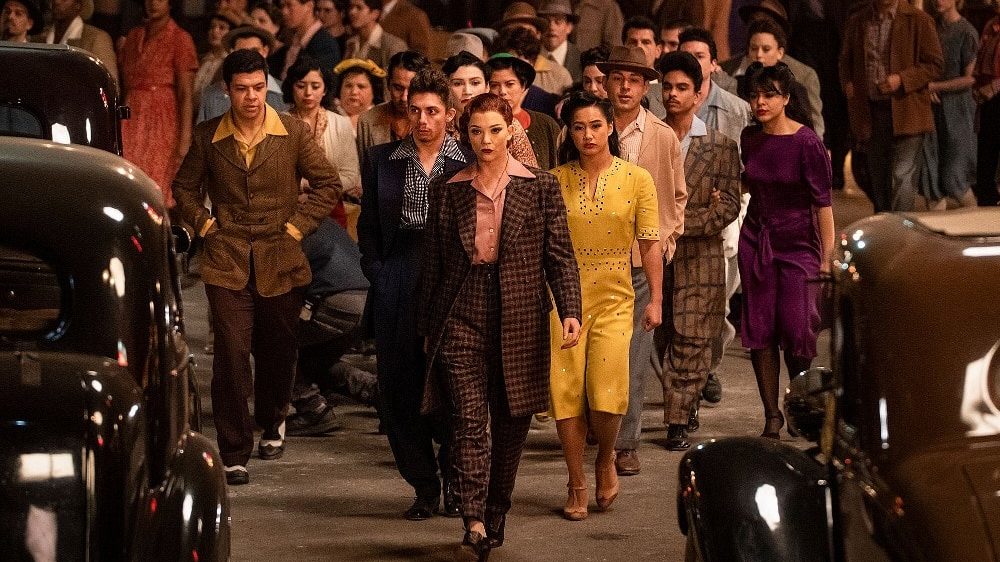 Penny Dreadful was a successful gothic horror series that aired for three seasons, so there were undoubtedly high hopes for its spin-off, Penny Dreadful: City of Angels.

It’s set roughly 50 years after the original series, in 1938, in a Los Angeles that’s teeming with Mexican-American culture and social tension.

Detectives Tiago Vega and Lewis Michener are tasked with investigating a brutal murder case but soon encounter a supernatural force that they never expected: the demoness Magda (the deity Santa Muerte’s evil spiritual sister) who is hell-bent on proving that humankind is inherently evil.

Sadly, City of Angels was canceled after one season and before the main story had concluded. 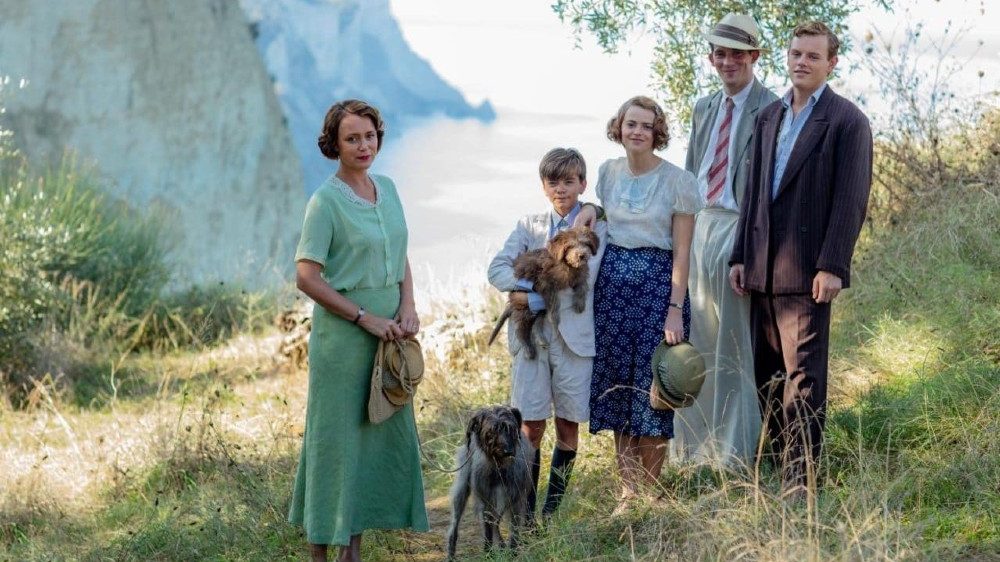 Gerald Durrell was a well-known British naturalist, zookeeper, and conservationist who wrote numerous books about his life as an animal enthusiast, including a series of autobiographies about the few years he and his family spent on Corfu, a small island in Greece.

These novels served as the inspiration for ITV’s The Durrells in Corfu, which started out in 1935.

With her husband having passed away a few years prior, Louise Durrell decides to take her four children aged between 11 and 21 from their home in Bournemouth, England to Corfu, Greece. Amidst ongoing financial struggles, all Louisa wants is a chance to improve their lives in this small paradise.

Yet another based on a series of novels, HBO’s Perry Mason period drama series was developed from the novel character created by lawyer and author, Erle Stanley Gardner.

While there have already been a few series adaptations and 30 television films, this 2020 Perry Mason adaptation is set in 1932 Los Angeles and focuses on the main character’s origin story, so to speak.

The titular Perry Mason is a “famed defense lawyer” and private investigator dealing with the effects of his war trauma and recent divorce. When hired to investigate a child kidnapping, Mason is embroiled in uncovering the secrets of a city recovering from the Great Depression. 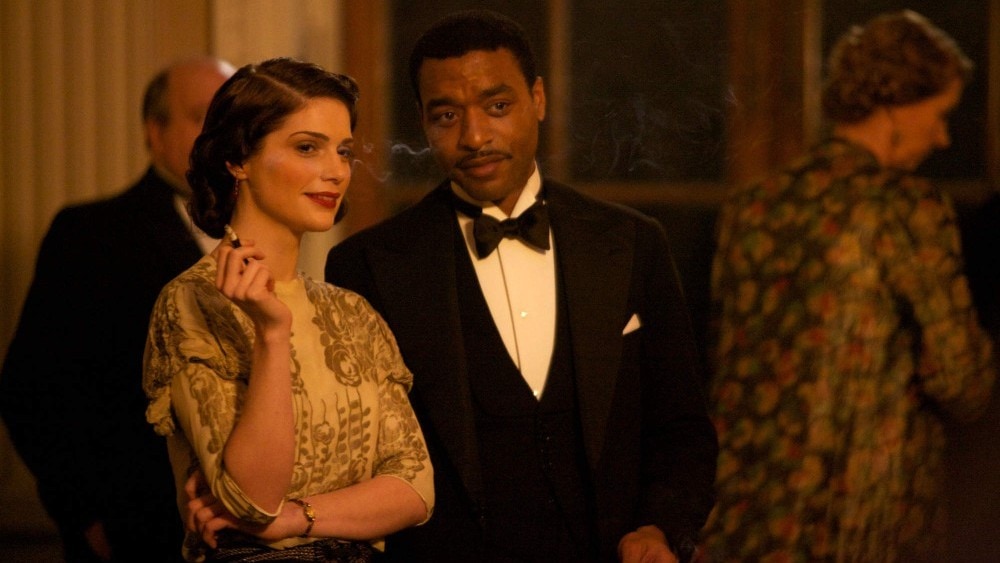 Jazz may not have been born in the 1930s, but the decade was still significant in the development and popularity of the music genre. Dancing on the Edge is a BBC Two miniseries that follows the meteoric rise – and subsequent crash – of a black jazz band in 1930s London.

The Louis Lester Band was composed of talented musicians whose lives are changed when they are given a gig at the aristocratic Imperial Hotel. As they fall into favor with the rich and famous – including the Royal Family – their fame and success rise beyond their expectations.

However, a series of events threatens to derail and completely wreck the band’s booming career. 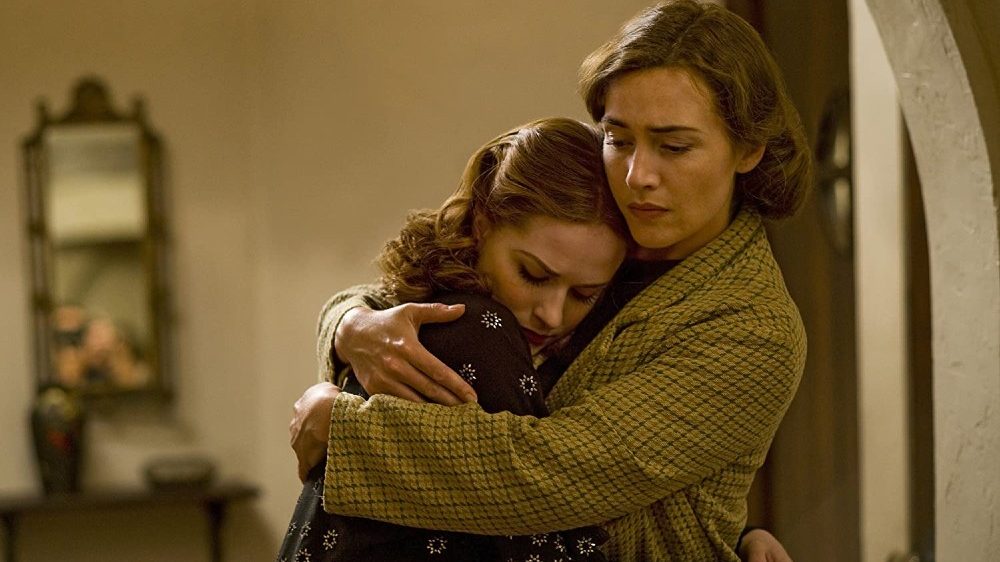 HBO adds another to our list with Mildred Pierce, a five-episode miniseries featuring an ensemble cast of Kate Winslet in the title role, Guy Pearce, Evan Rachel Wood, Mare Winningham, and many others.

Based on James M. Cain’s novel of the same name, Mildred Pierce tells the story of a divorcee and mother living in California during the Great Depression.

In a bid to survive the recession following her separation from her husband, Mildred opens her own restaurant but falls in love with a charming playboy she meets at the diner. As a mother, Mildred is also desperate to rebuild her relationship with her musically gifted but self-centered elder daughter. 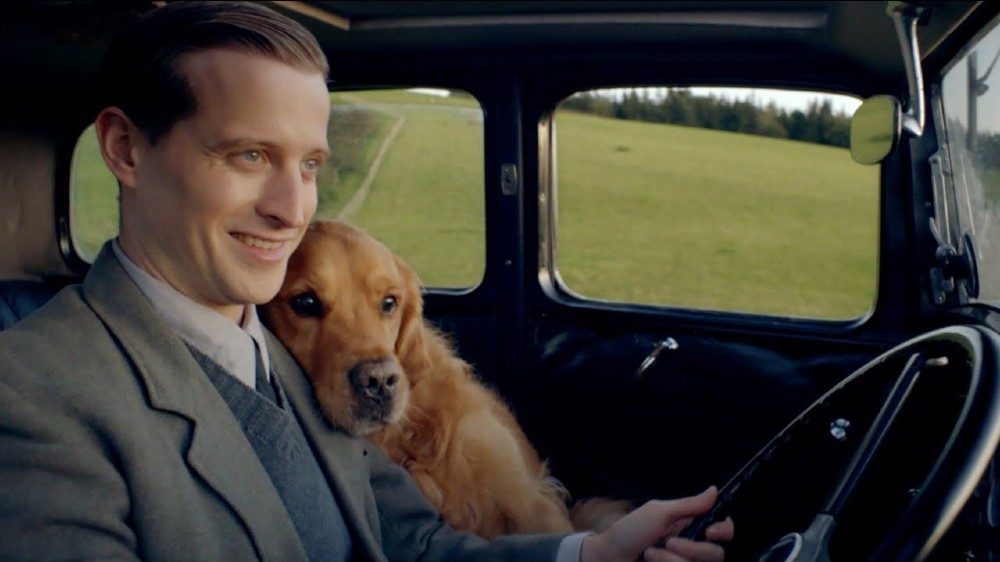 Just thinking about this show’s title brings wholesome images of every kind of animal to mind, and that’s precisely what All Creatures Great and Small is about.

Based on the series of books written by veterinary surgeon Alf Wright (under the James Herriot pen name), the series starts off in 1937, in the Skeldale House in the Yorkshire Dales.

Siegfried Farnon is an “eccentric” veterinary surgeon and the owner of the Skeldale House. He hires fresh-out-of-college James Herriot, a charming, compassionate, and humorous young man, to help him and his younger brother Tristan (also a vet) with their veterinary practice. 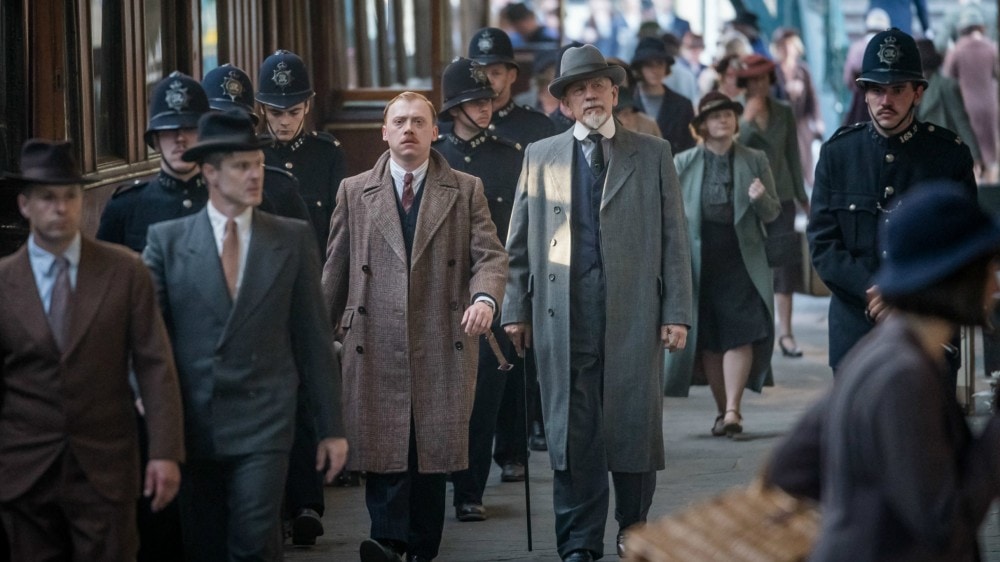 Everyone loves a good Agatha Christie murder mystery and the BBC One three-part miniseries The ABC Murders is loosely based on her 1936 novel of the same name.

It follows one of the most iconic characters both in Christie’s work and in literature in general, Belgian detective Hercule Poirot, as he is brought into a case involving mysterious letters in early 1930s England.

Though he’s somewhat in the twilight years of his investigative career, Poirot takes matters into his own hands when murders start to occur in connection to the letters signed only with “A.B.C.”

Will he be able to find their writer before he strikes again? 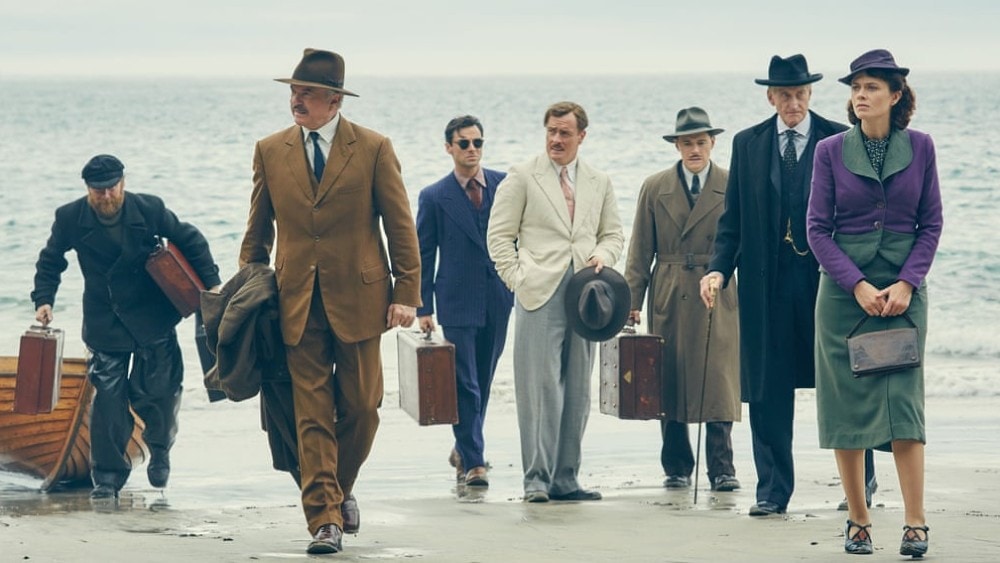 Agatha Christie contributes another murder mystery thriller to our list, though this time without Detective Poirot.

BBC One’s And Then There Were None is also a three-part miniseries, primarily set on a small island off the coast of Devon, England in 1939.

10 strangers are invited to Soldier’s Island but as they settle down for their first dinner, their mysterious hosts are nowhere to be found. When recording booms throughout the house accusing all the guests of murder, things take a turn for the worse.

One by one, the guests are murdered in a manner patterned after the chilling “Ten Little Soldiers” poem in their bedrooms. 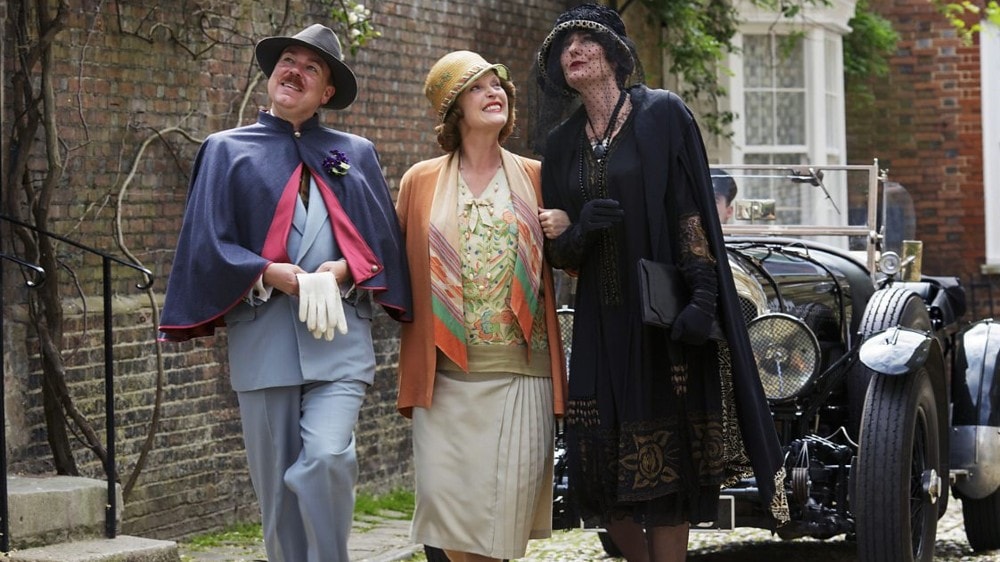 Mapp and Lucia is based on the series of novels of the same name written by E.F. Benson.

The first TV adaptation was a two-season show that aired between 1985 and 1986, while the more recent is a 2014 three-part miniseries from BBC One.

Mapp and Lucia follow Elizabeth Mapp and Emmeline “Lucia” Lucas, two women living in the fictional coastal town of Tilling during the 1930s.

Lucia is a new arrival to the village, come to rent accommodations from Mapp for the summer. However, Mapp becomes displeased when Lucia seems to hold everyone’s attention more than her, which starts a largely comedic rivalry between the two women. 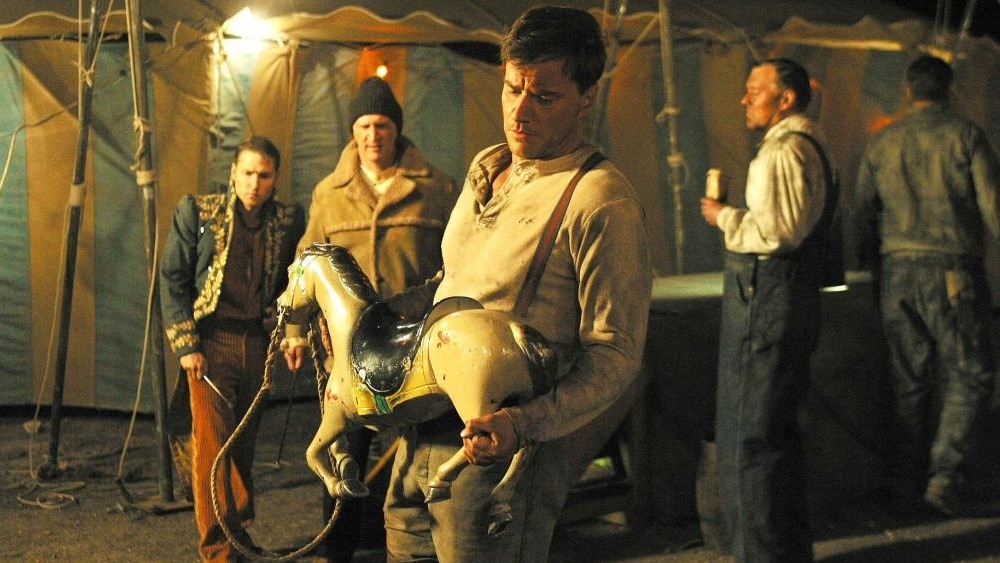 You might be able to better understand the previously mentioned Dirty Thirties with Carnivàle, an HBO original set against the backdrop of the Dust Bowl between 1934 and 1935.

The show unfolds over two varying plotlines that slowly come together and come to a head in the ultimate battle between good and evil.

Ben Hawkins is a young man with healing powers who joins a traveling carnival. He begins to have strange visions that he unwittingly shares with a Methodist preacher named Brother Justin Crowe.

Crowe discovers he has the power to control the human free will and cause terrifying visions, which he uses under the conviction that he’s still doing God’s work. 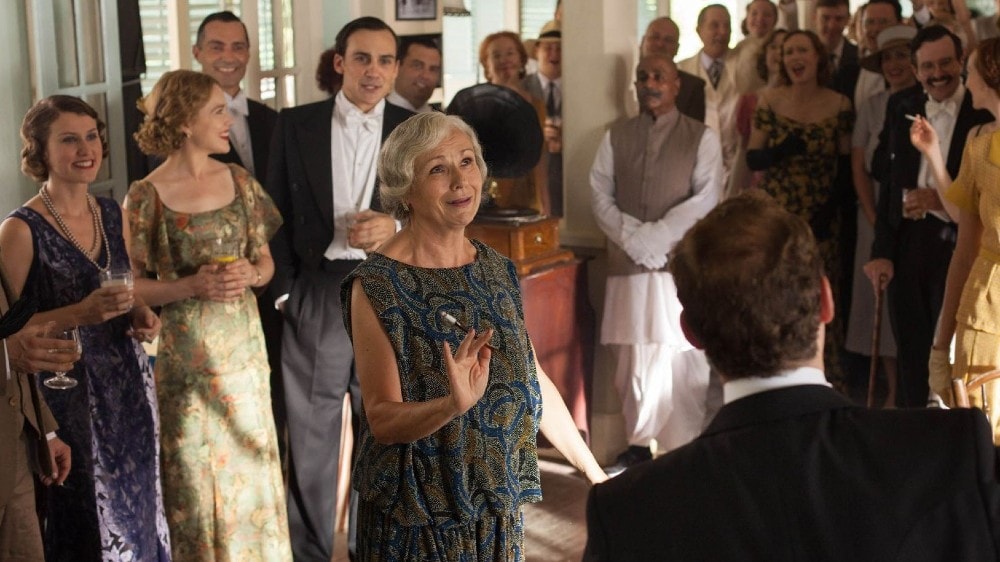 Indian Summers shows us a side of the early 1930s that is perhaps unfamiliar to most of us: the social and political environment between an India that’s yearning for independence and a British empire that refuses to give up power.

The first season begins in 1932 and introduces us to Simla, a city known as the Summer Capital of British India as this is where the upper echelons of the ruling British travel to, to escape the heat of Indian summers.

Though the Indian Civil Service and the British Club hold control over the city, it becomes more and more evident as the series progresses that the British rule is slowly fading over the country. 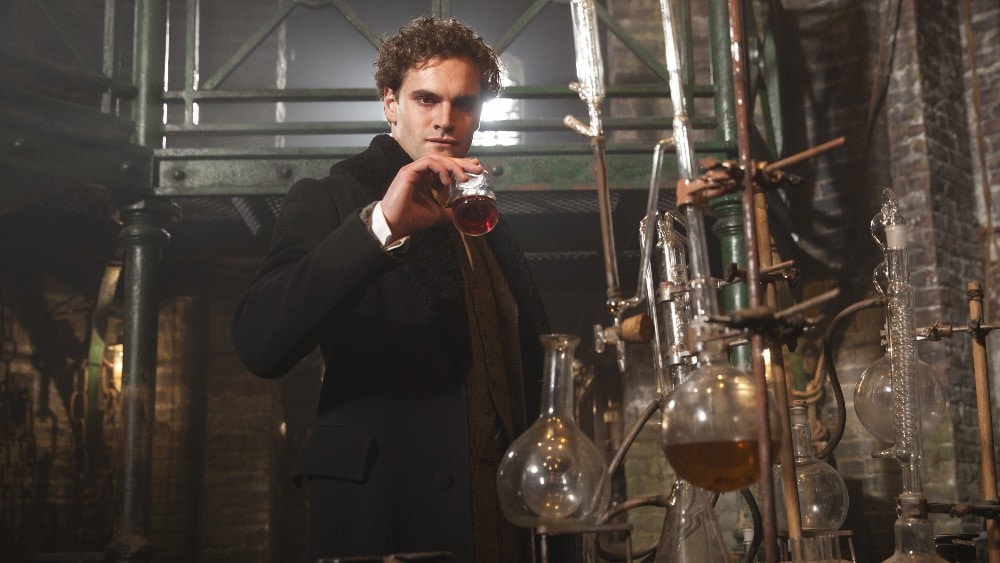 Like the aforementioned Detective Poirot, the main character of this next series is also related to one that’s well-known in world literature: Dr. Henry Jekyll.

Loosely based on The Strange Case of Dr. Jekyll and Mr. Hyde novel by Robert Louis Stevenson, ITV’s Jekyll and Hyde instead tells the story of Dr. Robert Jekyll, who has inherited his grandfather’s (the original Dr. Jekyll from the novel) “powers” and alter-ego.

The series outlines his unsurprising struggles controlling his anger – as, like his grandfather, that’s when his less friendly version comes out to play – as well as his journey into discovering the origins of his family’s dark secret. 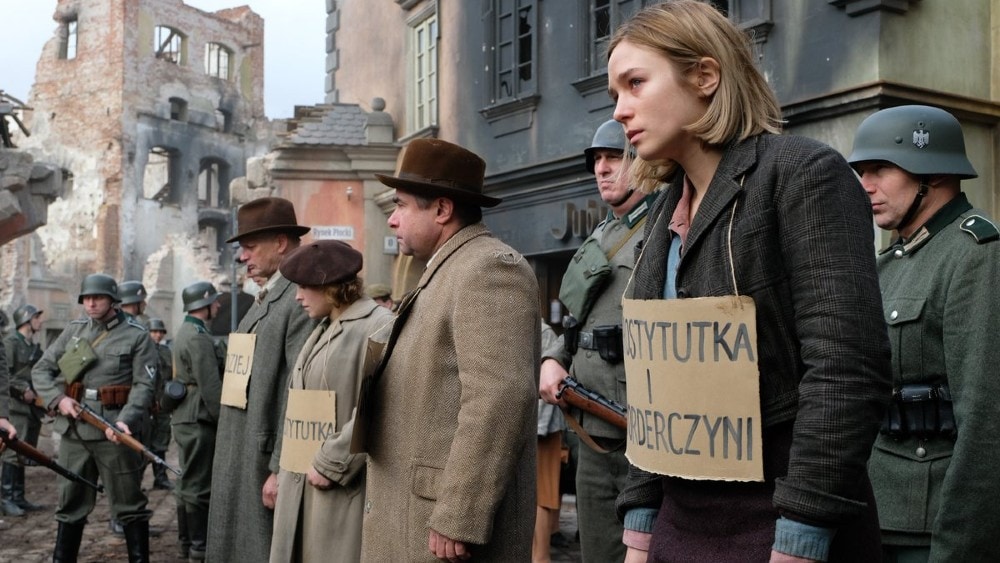 Set against the backdrop of World War Two, BBC One’s World on Fire is a dark and jarring look into the effects of war on the lives of ordinary citizens.

It’s a perspective that’s often overlooked when thinking about the encompassing consequences of war, but is equally as important.

World on Fire follows the lives of regular people across Europe and the United States: a young singer who signs up to join the Entertainments National Service Association, a bus conductor still suffering from his trauma from the First World War, and an American journalist who encounters a censorship barrier as she tries to deliver the truth. 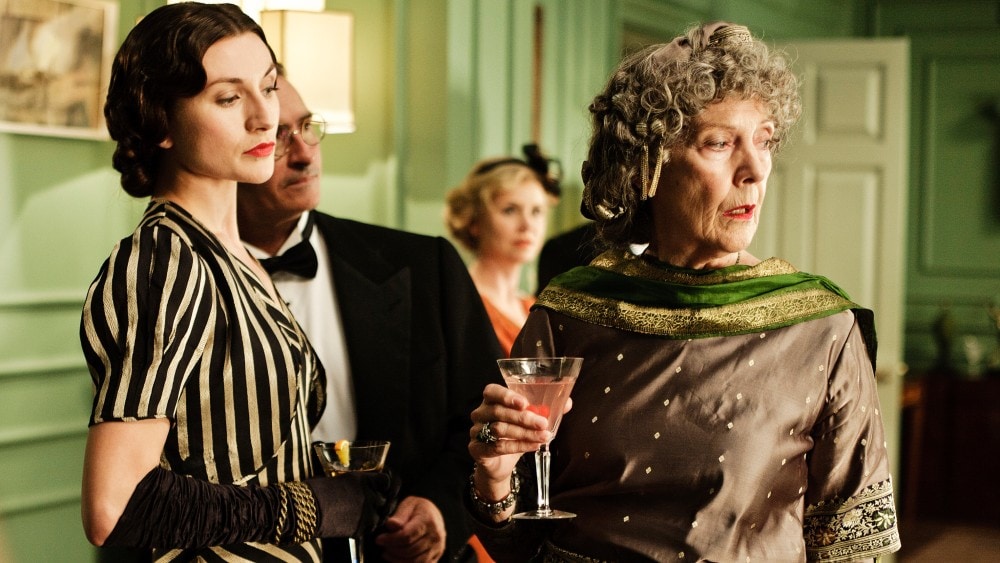 Belgravia is an affluent neighborhood in central London – a reputation that still stands to this day. Upstairs, Downstairs first aired in 1971 and was set in a large Belgravia townhouse.

Though the series begins before the Thirties, the last season ends at the start of the decade and, when BBC picked up the continuation in 2010, continues into 1936. As the effects of the Great Depression continue to change the socio-political environment in the British aristocracy, so too does the relationship between those upstairs and downstairs. 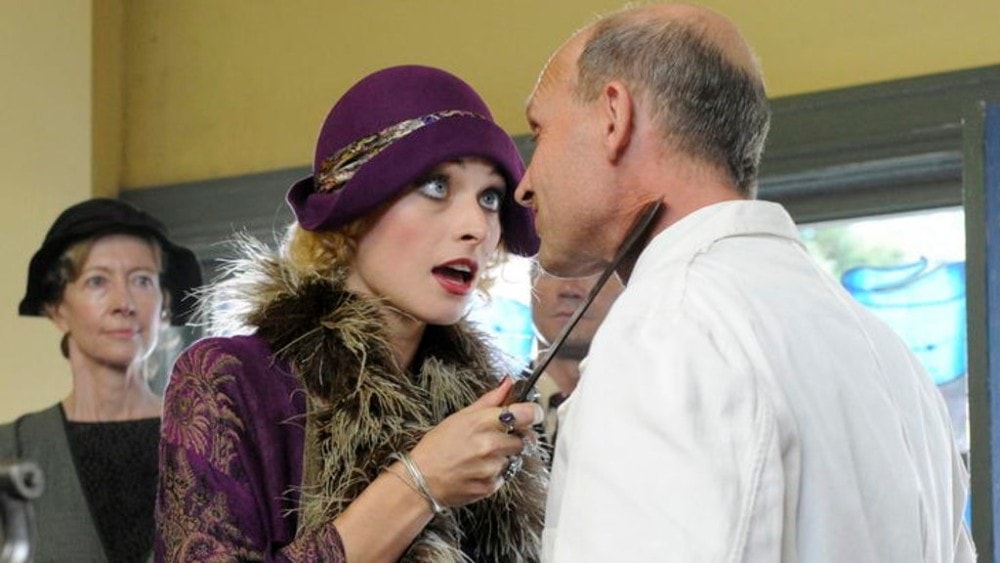 The Underbelly series is a true-crime drama anthology where each season was based on real-life events. For this list, we’re focusing on Underbelly: Razor, which told of the events unfolding in Sydney between 1927 and 1936.

During this time, organized crime was on the rise in the city, and “razor gangs” were ruling the streets – criminal gangs that had razors as their weapon of choice. The criminal underbelly was divided between “vice queens”: Tilly Devine and Kate Leigh.

Underbelly: Razor shows the bloody and violent war brewing between the two crime bosses, and the police force’s efforts to stop it. 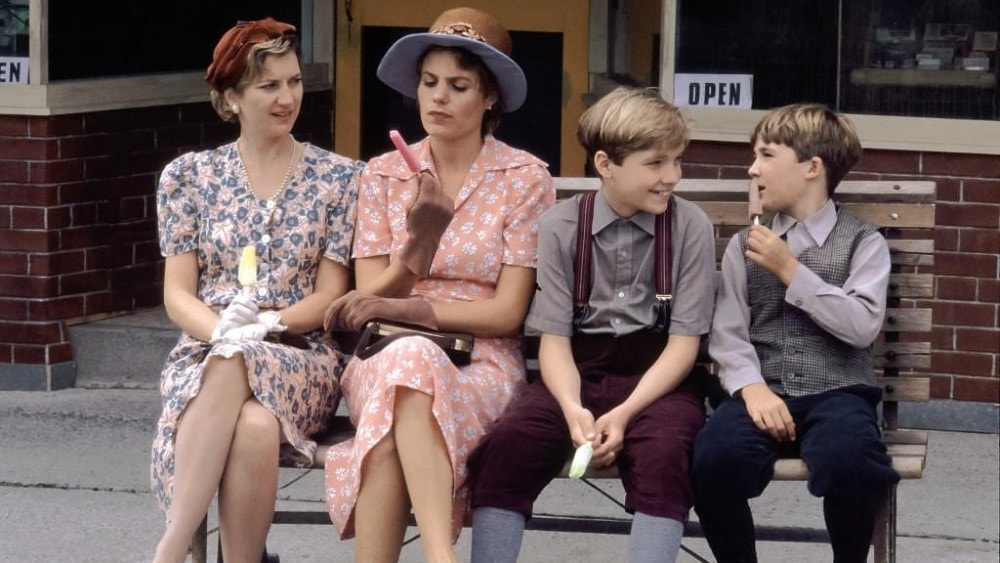 The Great Depression was hard for countries all over the world, but it was the regular people and their families that really felt it the worst.

In the Canadian family drama Wind at My Back, we meet the Bailey family in 1932 – parents Jack and Honey Bailey have been forced to shut down their business and move back to Jack’s small mining hometown in Northern Ontario.

Their family is further torn apart after an unexpected death that forces Honey to leave her children and find employment in order to help them stay afloat. Amidst their economic hardships, the Baileys must fight to stay together and survive.