You definitely didn’t hear it here first, but sadly iZombie is ending. And it’s truly the end of an era because, although iZombie first came out in 2015 when zombie TV shows were huge, the no-holds-barred format of depicting an alternate reality wasn’t yet quite so commonplace.

As fans, we’ve all gotten used to Liv’s despairing humor and Ravi’s awkward attempts at relating to literally anyone. God, their dynamic is perfect. Which is why it’s going to be so terrably hard to lose that at the end of the season.

Currently, we are five episodes into this final, climactic season of the series, and so far the show is doing great. They may be packing a bit too much information into each episode, but what else can you do when you know you’re about to finish? So, let’s talk about some of the spoilers on the final iZombie season that the show’s creator Rob Thomas has given to us thirsty, desperate fans. And maybe do a little theorizing as well.

Warning! This article contains iZombie season 5 spoilers. Therefore continue reading this post at your own risk!

Firstly, Rob Thomas has revealed that Liv’s family is finally going to be reappearing after dropping off the face of the planet in the first episode of season 2. We’ve all spent countless murder of the week episodes wondering when the drama-bomb of her mother and brother were going to pop back in. I mean, it felt like a seriously missed opportunity. Once zombies were revealed couldn’t they have figured it out for themselves that Liv is one?

Liv deserves to have closure with her family, and maybe even a serious apology from them. Let’s just hope they’re not affiliated with the anti-zombie terrorists, though that would be an interesting twist for sure.

Closure for Liv and Major

Another juicy reveal is that the ending of iZombie will not leave any fans salivating for closure on Liv and Major’s relationship. Lilymoore’s (Mayor and Liv’s) on again off again romance will be defined once and for all by the end of the series. 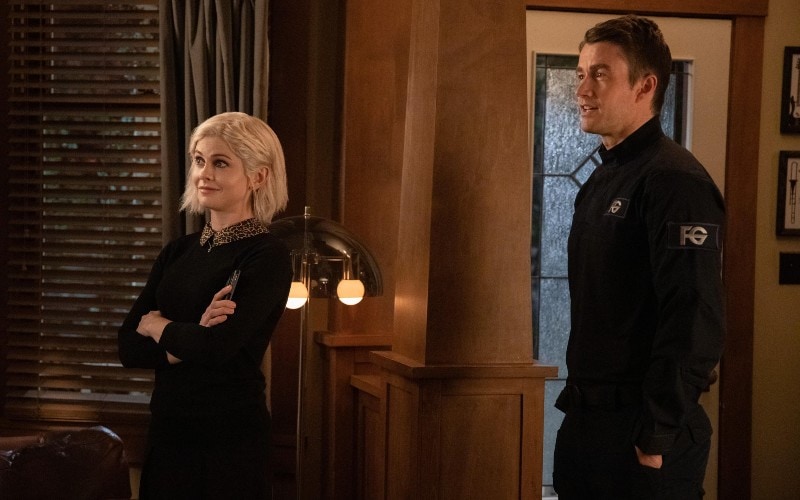 This is so important because honestly, who even knows where they stand anymore? They want the same things but their emotions often get in the way. Through everything though they have always protected one another. That means something in the world of relationships, even if it isn’t mushy romance the way we might expect.

Liv also isn’t going to have any other romantic relationships this season, which is a stark contrast to her many boyfriends over the past four seasons. So, it looks like we won’t have to worry about her loving someone only to watch them die yet again. But it also means that Liv and Major’s relationship might get drawn out to the bitter end.

Does Blaine get his comeuppance?

Blaine’s storyline this season just gets darker and darker. And creator Rob Thomas has already revealed that this is intentional. There is no more Mr. Nice Guy, Blaine is going to be just as bad as he was at the beginning of the show. But this doesn’t mean he gets away with it though.

There’s a certain lovely lady whose already on the tail of his misdeeds, and it seems like maybe he’s in for a bit of a rude awakening by the end of this. How many times does the guy have to die before it sticks? Does he even regret anything he’s done? These things will be explored during this final season of iZombie.

The end of the world may be nigh, but we probably won’t know it until we get to the end of this crazy iZombie ride. The way the writers are spinning it we could see any number of things happening in New Seattle by the end if iZombie. And one of the most important aspects is who in our group isn’t going to make it?

Creator Rob Thomas has said not to rule out a main character dying this final season, especially since they have persevered through four brutal seasons. Who do we think it is time to say farewell to? Let’s check out a few possible conspiracies on who’s going to kick the bucket.

At the end of season 4, Liv made the ultimate sacrifice once more, this time choosing to give up the cure to someone who possibly needed it more. This act of selflessness is just one reason to think that Liv may not live to the end of the season.

The first episode of season five reveals that Dale is pregnant, so Liv’s sacrifice was not in vain! Which makes the idea of Liv sacrificing herself at the end of iZombie a real possibility. I mean, it fits her character flawlessly. However, keep in mind that this is not a spoiler by any means, just a theory. So Liv might, after all, survive this final season of the show.

Blaine’s death has all the hallmarks of a perfectly acceptable ending with a side of some severe justice. Because let’s face it, he kind of deserves it. Sure, he’s had some redeemable moments here and there like his affection for Peyton and his father. But even the love he feels for others doesn’t justify what he’s done. So Blaine dying by the end of iZombie is probable as well. 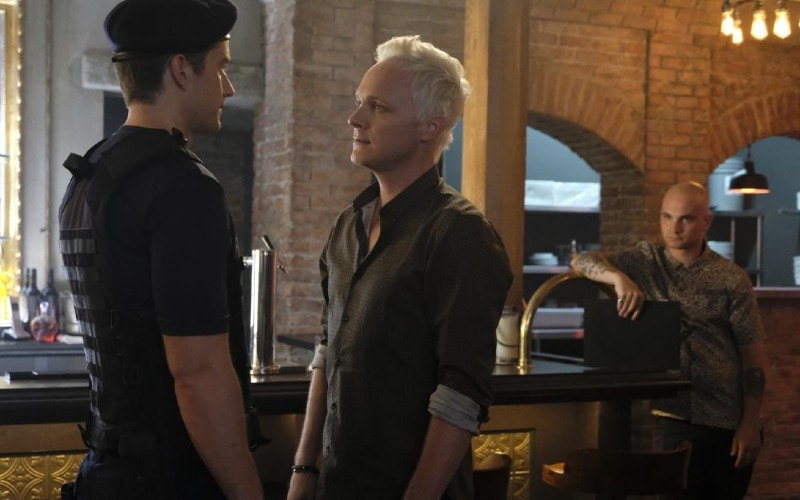 Finally, this idea is one that is majorly tentative. Major has been an important plot point throughout the series, but he has never felt too complicated. He sacrificing himself for the greater good doesn’t really fit the bill, but over and over we are shown that he would do anything to protect Liv. If he has to die for her there is no doubt that he would do it. Another valid point to add is that all of Liv’s boyfriends have died save for Justin, so the running theme fits that Major would be the one to get the ax.

So, what do you think is going to happen during this last season if iZombie? Who will live and who will die? And how do you want iZombie to end? Sound off in the comments below. And don’t forget to catch the rest of iZombie season 5 on Thursday evenings on The CW!