We are just a few short days away from the Heartland season 13 premiere on Sunday, September 22. Which means that it’s time to gather all the information that we know about the upcoming season as of right now. And figure out what we can expect to see once Sunday rolls around.

So, without further ado, here’s our Heartland season 13 preview filled with spoilers and other tidbits about the new season!

What are we going to see on Heartland season 13?

First things first, CBC has actually blessed us with a rather long synopsis for Heartland season 13. And from it (as well as a few other sources around the internet) we learned that Amy and Ty will be continuing their joint business venture. Which will fall on some hard times that the duo will have to figure out how to overcome. While also learning to be parents to not one but two kids since this season they will be officially fostering Luke in addition to raising their daughter Lyndy.

Lou and Mitch’s relationship will also be heating up during season 13 since they will be officially dating once the new season premieres on CBC. Meaning a lot of both romantic and funny on-screen moments between the couple. However, it looks like it won’t be smooth sailing for the two lovers all season long. As they will realize that their career might be taking them on two completely different paths.

Georgie will have her struggles as well. Which will include readjusting to life in Heartland after spending an exciting summer in Switzerland where she actually won the camp’s final competition. And having to make huge life decisions regarding her future. Such as where will she go to college.

While it looks like Jack will be forced to relive some painful moments from his past when a big storm threatens Hudson. Which will lead to him deciding what his future might look like.

And Tim will not only be taking on a new business venture. But will also be rethinking the choices he made when it comes to his personal life. Could that mean that he will be giving it another go with Casey? Time will only tell. But we do know that Victoria Pratt, who plays Casey, has been back on set for season 13, so you never know!

Speaking of Georgie and her future, we know that this season we will see Georgie thinking hard about what’s next for her after she graduates high school. Which will include looking at collages!

And thanks to Mount Royal University we know that Mount Royal is the school a top of Georgie’s list. In fact, Georgie will even be touring the university’s campus in episode six of Heartland season 13 alongside Adam and Wyatt. During which we hear that there might be scenes involving a climbing wall. As well as an important scene in one of the university’s cafes.

As Heartland’s showrunner Heather Conkie explained in an article published on MRU’s website, Georgie’s main focus will be Mount Royal because of its proximity to Heartland. Which would allow her to commute to college and earn a degree that would let her one day own a showjumping horse breeding business similar to Lisa’s current operation. As well as continue to pursue her dream of one day becoming an Olympic athlete.

Another character whose life we will be delving deeper into this season will be the Heartland’s patriarch Jack Bartlett. Because on Heartland season 13 episodes three and four we will get flashbacks to Jack’s younger days. More specifically to a tragedy that Jack has kept secret from his family all these years.

But don’t go expecting Heartland to use SGI or other high-tech methods to achieve this. Because Heartland will be sticking to a more traditional way of portraying a younger version of Jack by hiring a different actor to play young Jack. But in this case, it won’t be just any actor. Young Jack Bartlett will actually be played by Shaun Johnston’s son Shea Johnston. Exciting right? 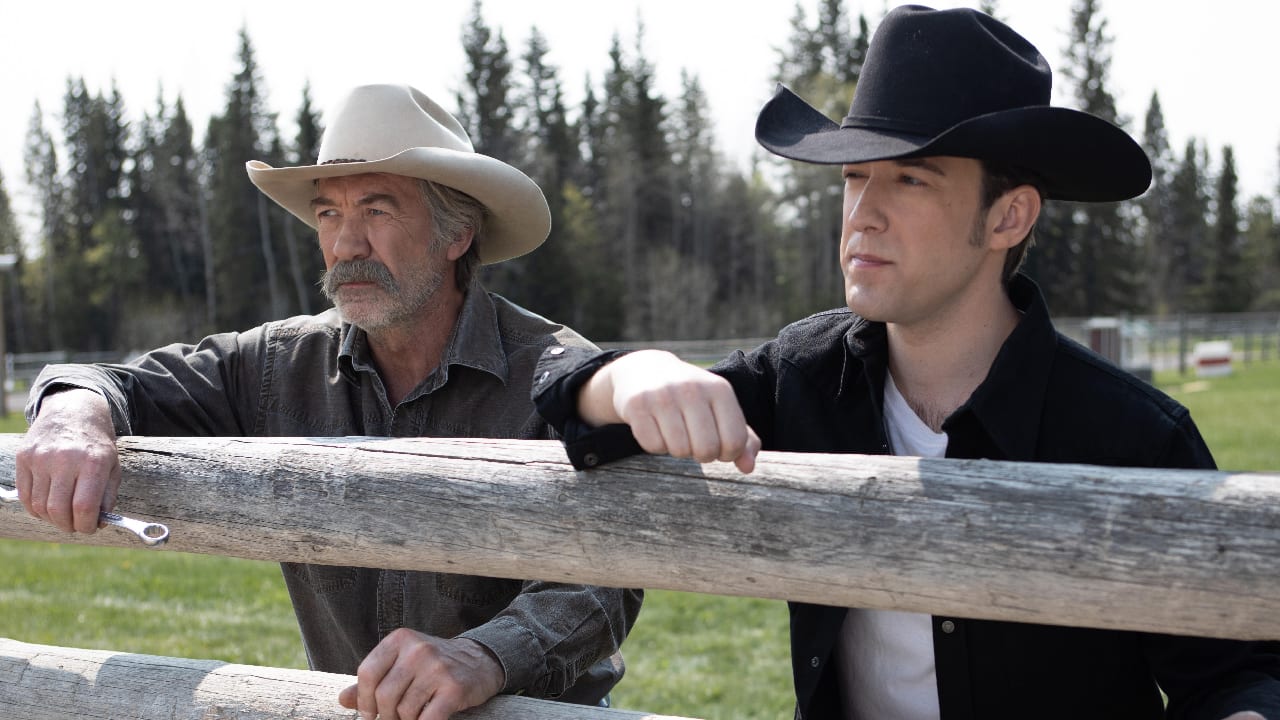 And we aren’t the only ones excited about this. Because Shaun Johnston told ET Canada that having his son work alongside him for the episode felt like “Christmas in the middle of summer.” And we couldn’t agree more! Seeing a younger Jack and having him be played by Shaun’s son will definitely feel like Christmas to all us long-time Heartland fans.

In more cryptic news, here are the episode titles for all of the 10-episode Heartland season 13.

What do these episode titles tell us? They definitely shed some light as to what the episodes might be about. And that’s especially true when it comes to the season finale. Because it looks like at the end of the season we might see one or two big changes happening on Heartland. What with the finale being titled “The Passing of the Torch”.

Trailer for season 13 of Heartland

And last but definitely not least, we also have a brand new trailer for the upcoming Heartland season. It features a compilation of shots from the new season giving us a glimpse at just what we can expect to see during season 13. And let me tell you, it looks intense!

So, are you ready for Heartland season 13 to finally start airing? And what are your predictions as to what we will see during the 10 episodes of the new Heartland season? Sound off in the comments below!

And don’t forget to tune in to CBC or CBC Gem on Sunday, September 22 at 7/7:30 Newfoundland Time to enjoy the first of the 10 episodes of Heartland season 13. Or check back here to this blog the next day for a review of the episode if you aren’t able to watch it on Sunday!