It’s one thing to watch cowboys at work in Hollywood movies which are jam-packed with well-coordinated gunfights and horse tricks. In the last decade alone, we’ve had Django Unchained, Hell or High Water, The Lone Ranger, and The Magnificent Seven. That’s not to mention all the western TV shows that have recently come out as well!

But strip away the Hollywood glamor and the western world is a different story altogether.

In the real world, cowboys aren’t all about gunfights, knife fights, and the rodeo.

So, to get a better idea of what the life of a full-fledged cowboy is really like, consider watching any (or all – we won’t judge) of these awesome cowboy reality shows! 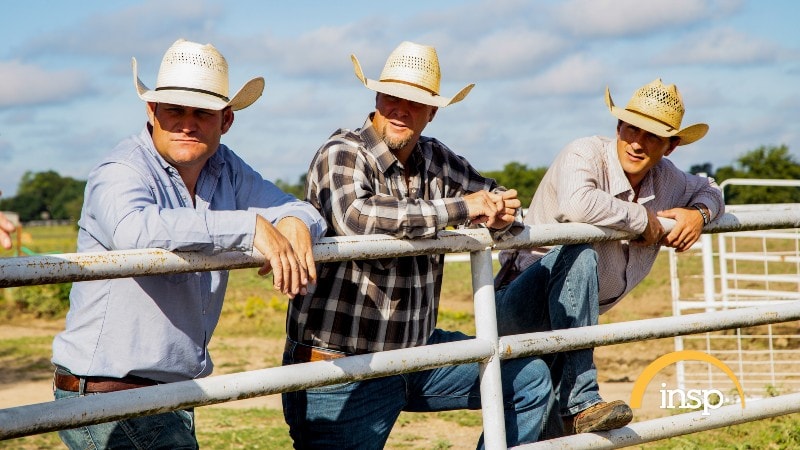 Set in Alabama, INSP’s The Cowboy Way is a look into the day-to-day of three, modern-day, real-life cowboys: Bubba Thompson, Cody Harris, and Booger Brown. T

heir relationship is kept solid by the Cowboy Code that they live by – which is precisely what defines the “cowboy way”.

Now on its seventh season, The Cowboy Way follows the cowboys’ adventures as they attempt to further grow their business: Faith Cattle Company.

Where they first started as cowboys who raise herds, they start the current season with a business shift to becoming cattlemen buying and selling herds.

Join in their challenges and accomplishments by watching this cowboy TV series on INSP, or catch-all five seasons on Amazon!

Where to watch The Cowboy Way: 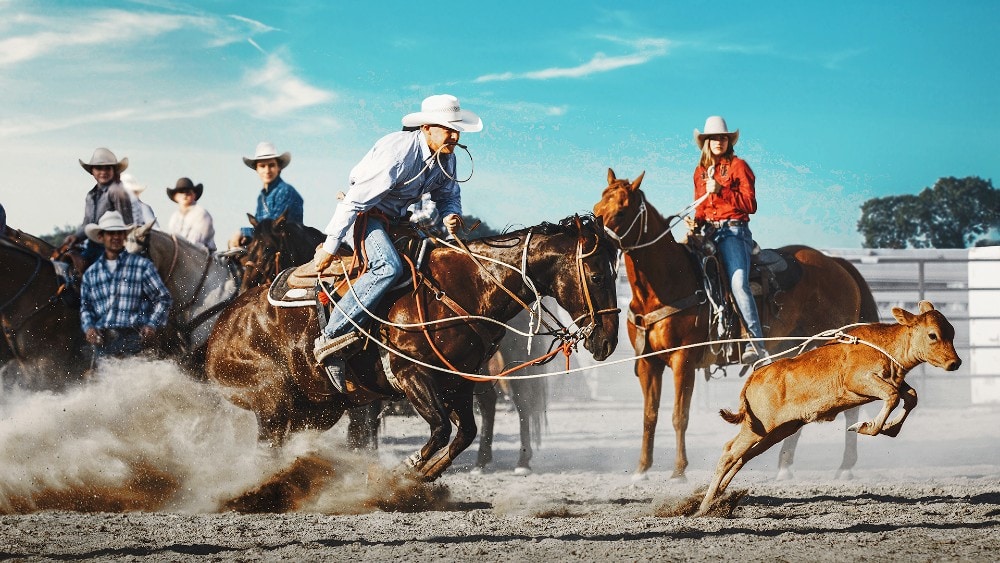 Another entry into the cowboy reality TV show genre from INSP is their reality competition series Ultimate Cowboy Showdown.

The series has had two successful seasons as of yet, with more hopefully coming soon.

The group of men and women with diverse backgrounds from all across the US complete grueling challenges and face eliminations until only one contestant is left – the Ultimate Cowboy.

Where to watch Ultimate Cowboy Showdown: 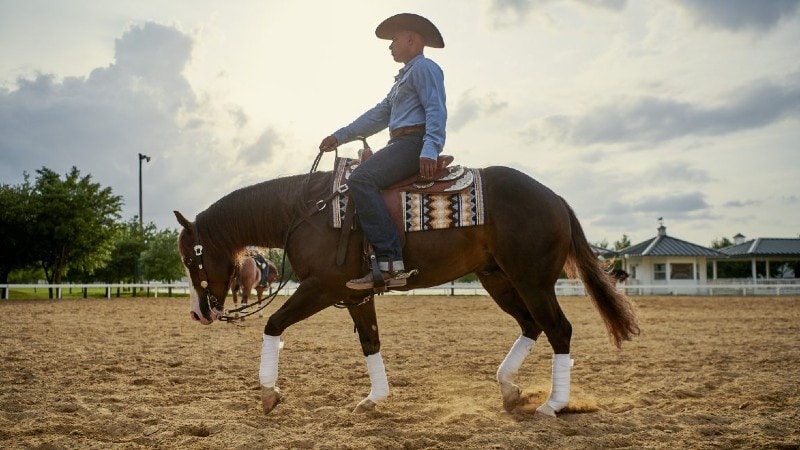 With only two seasons to catch up on, the cowboy reality TV series The Last Cowboy provides a quick but addictive look into the competitive and thoroughly entertaining sport of horse reining.

For the unfamiliar, this is when riders guide their horses through a very precise series of spins, stops, and patterns. Which requires intense training in order for both the horse and its rider to be in complete sync with each other.

In The Last Cowboy, we meet eight cowboys and cowgirls dedicated to the sport. And get to watch as they prepare for the “Run for a Million” event, the first million-dollar prize competition created to culminate the series’ first season.

From flooded training arenas to sick horses, these dedicated men and women persevere through the challenges in order to keep the cowboy tradition alive.

Where to watch The Last Cowboy: 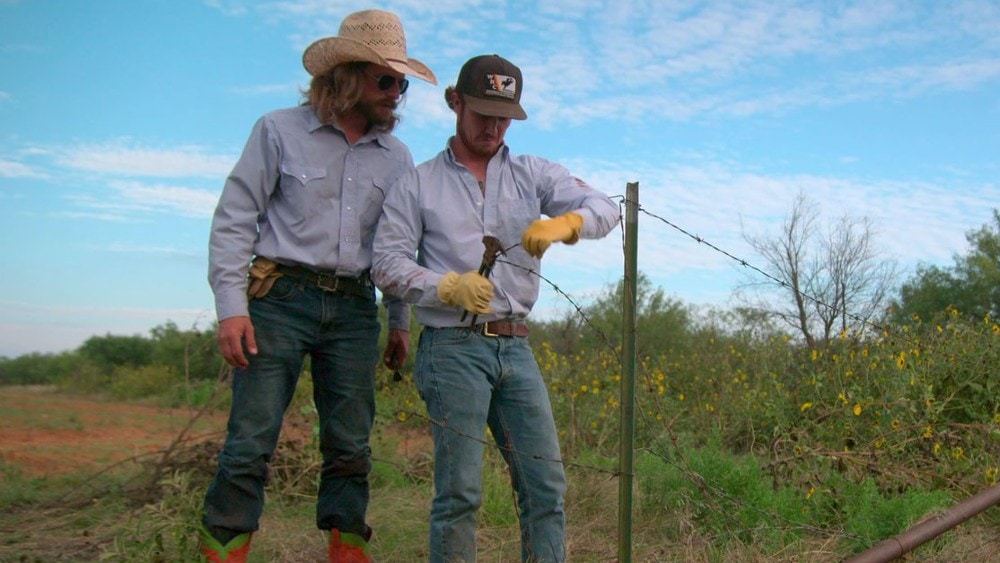 How To Be A Cowboy is a brand new reality series about cowboys that recently premiered on Netflix. Currently, with one season under its belt, it’s a fun ride full of cowboys and ranch life.

At the forefront of How To Be A Cowboy is Dale Brisby, rodeo champion and owner of the Radiator Ranch in West Texas. And during the six episodes of the show, we not only meet Brisby interns, the hopefuls who are training to be the next generation of cowboys, but also the many colorful personalities of Radiator Ranch.

How To Be A Cowboy is a goofy mix of reality TV and sitcom-like scripted series that you’ll either love or love to hate.

Where to watch How to Be a Cowboy: 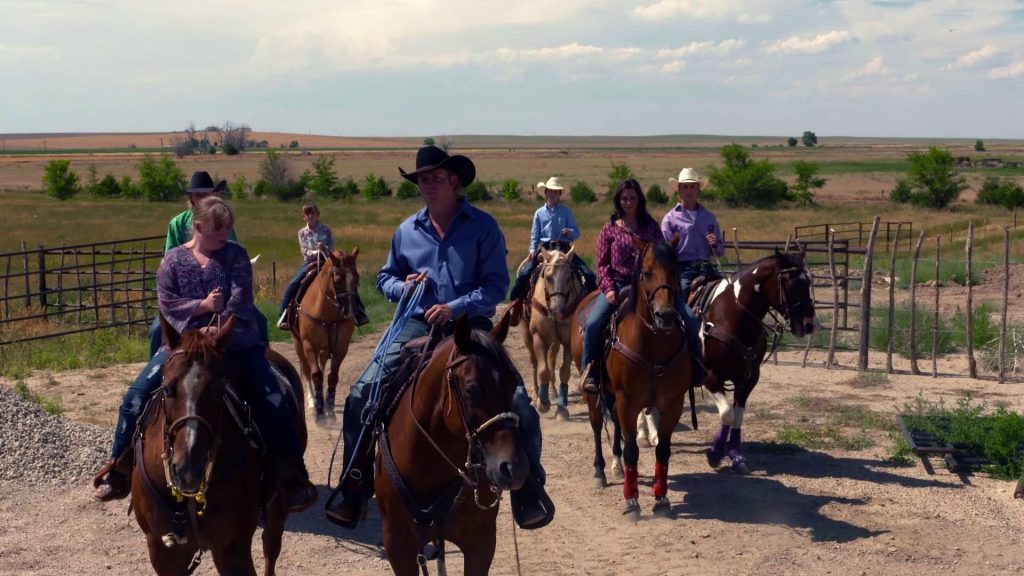 It makes complete sense that cowboys and nature go hand-in-hand, right? Well, the Huwas family, the stars of Cash Cowboys, takes it to a whole other level.

Based out of Keenesburg, Colorado, the Huwas are a group of farmers, cowboys, and entrepreneurs running a land reclamation company that works on large pieces of land previously destroyed by natural disasters.

This particular part of their story started in 2002 after one of Colorado’s worst forest fires, where they were tasked to clean up the land to mitigate the risk of contaminating the water supply of over 1.5 million people in Colorado.

In Cash Cowboys, we get to watch Brent Huwas and his wife Tonya, brothers Tyrun and Corey, and his father Rich, alongside their crew and extended family, dedicate their time, talents, and expertise to protect and save the American landscape.

Where to watch Cash Cowboys: 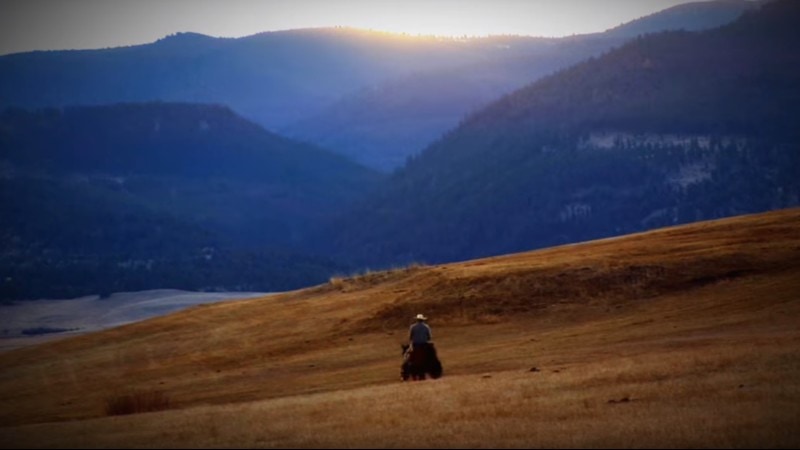 Animal Planet may not be the first place you’d visit for a cowboy reality show. But it certainly provides a raw and beautiful look into the lives of hard-working cowboys whose livelihood lies in operating family-owned cattle ranches.

Last American Cowboy hones in on three families – the Hughs, Galts, and Stuckys – as they live out their lives on their respective cattle ranches.

Much like the cowboys in the previous cowboy reality shows, these families have to fight through all sorts of obstacles to keep their business and this age-old Western tradition afloat. Be it epidemics, predators, natural disasters, and freak storms.

Their personal stories are compelling and show loyalty, strength, and nostalgic family values that really bring this show to the forefront.

Where to watch Last American Cowboy: 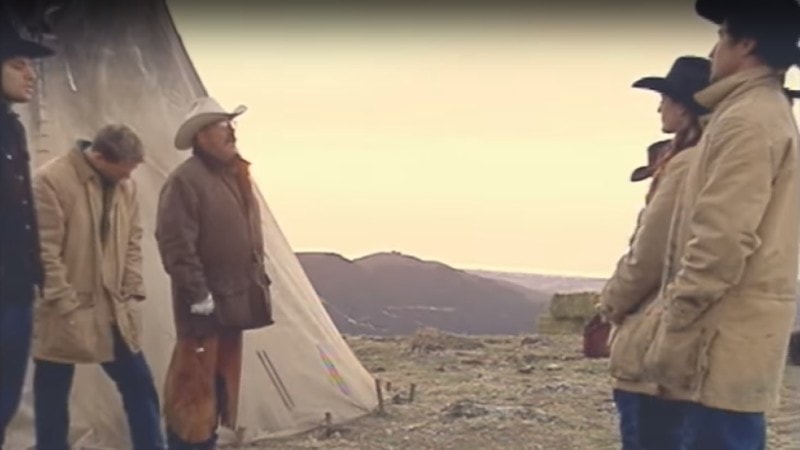 Cowboy U is one of the best cowboy TV shows to watch if you or anyone you may know have ever thought that being a cowboy was just about the awesome hat, spurs on your boots, and horses.

It’s so much more than that, and the contestants in CMT’s Cowboy U have to learn that the hard way!

With all the best parts of a competition like eliminations, punishments, rewards, and prize money, you’re bound to have a good laugh watching these city folk battle it out in the wild west! 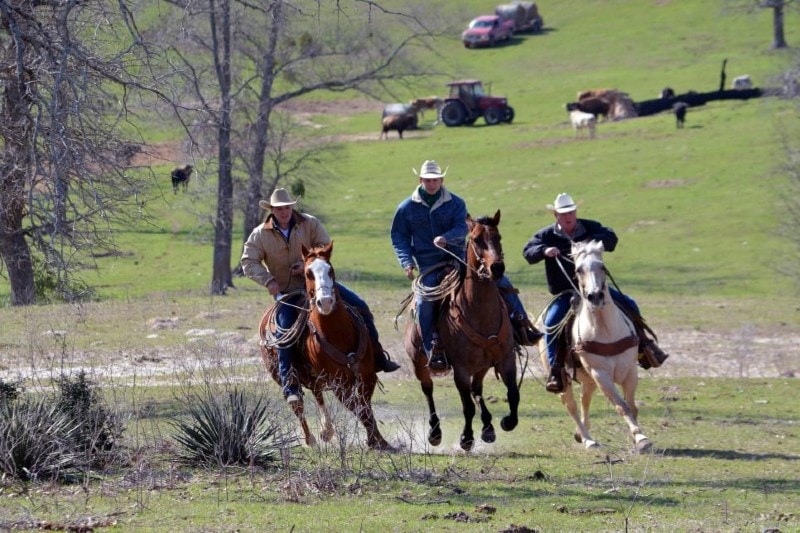 Highway Cowboys was born as a solution to an epidemic that was spreading throughout Texas: loose livestock on the state’s highways, raising the risk of road accidents.

It first premiered on GAC in 2014. And ran for 16 episodes, following the family that the authorities knew could handle the job of herding the errant livestock off the roads: the Champions.

Yes, Champion really is their family name, and get this, the show’s main focus is a man named National!

Known in the Leon County area as world-class rodeo cowboys, National Champion and every member of his family has received awards in the arena.

In Highway Cowboys, they use their phenomenal roping and riding tricks to get the job done. 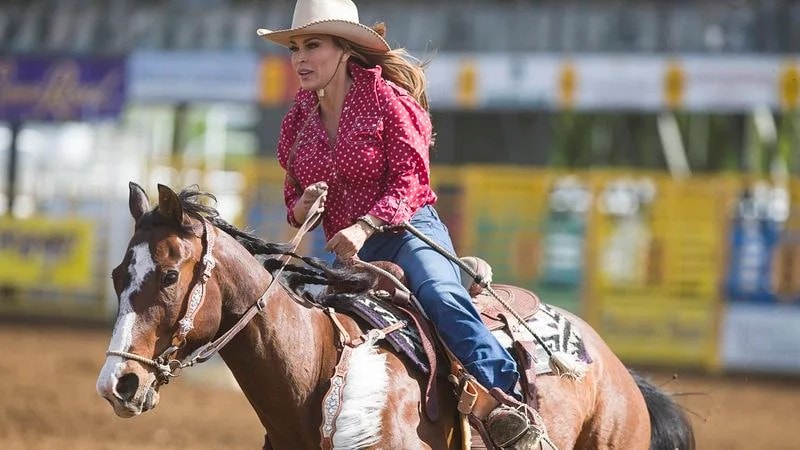 The rodeo may be a male-dominated arena, but that doesn’t mean girls don’t excel in it as well.  Just with more rhinestones, drama, and cattiness!

Whether they’re fighting over their mansions or over their horses, these ladies definitely add a touch of color to the rodeo world.

A&E Network’s rodeo reality show Rodeo Girls, only ran for one season. But watching these awesome female athletes excel in such a physically-demanding competitive sport is all the entertainment that you’ll need (spoiler: one episode features a racy bikini rodeo!).

Where to watch Rodeo Girls: