The decade that followed World War 2 – the 1950s – was generally described as a “boom”, particularly in America: the end of the war brought a more positive mindset across the country, leading to a sudden boom in economy, suburban living, and population!

More families started having kids and moving to more affordable housing in the suburbs, governments were spending on state improvements, and unemployment was low.

The 50s was also a decade of iconic trends in the fashion industry, with hairstyles like the classic ponytail and the men’s ducktail and sideburns. Not to mention the quintessential poodle skirts and letterman jackets! It was a decade of rock and roll and blues, bringing us the continuing influences of Elvis Presley, Ray Charles, Chuck Berry, and Pat Boone.

To commemorate the fifties, we’ve put together a list of modern TV shows set in the 1950s – shows that truly capture the style and essence of the decade, whether in America or around the world. Enjoy! 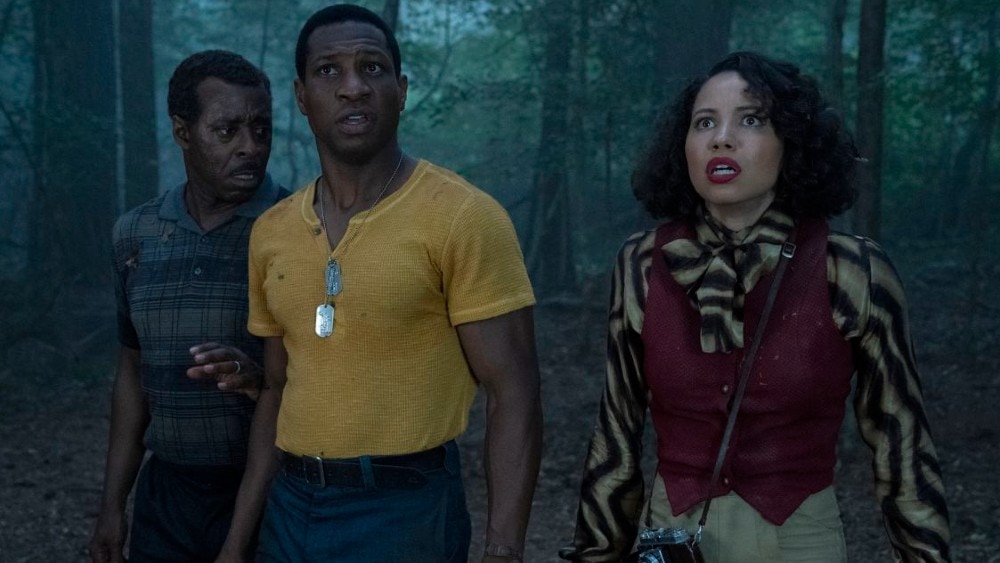 HBO is known to produce spectacular TV shows and with producers like Misha Green, J. J. Abrams, and Jordan Peele among others working together, Lovecraft Country has been no exception.

A cross between a supernatural horror and historical drama, Lovecraft Country follows a young black man and his companions as they travel across a still-racially segregated America in the 1950s.

Atticus Freeman, his friend Leti, and his Uncle George are searching for his missing father but must contend with two pervasive horrors along the way: the racism of white America and the supernatural horrors that acclaimed writer H.P. Lovecraft based his fictional monsters from.

Where to watch Lovecraft Country: 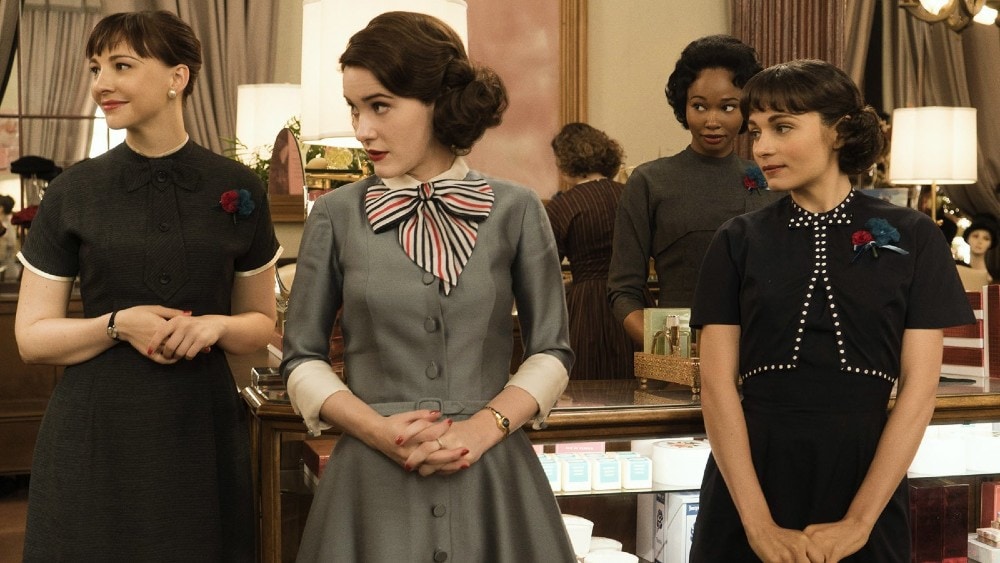 Though the term wasn’t used until about two decades later, the 1950s was a decade of what you might call “Stepford Wives” – the perfect, compliant wife living in the suburbs who manned the house and raised the kids while men were at work. In The Marvelous Mrs. Maisel, that concept is completely turned on its head.

After her business-by-day and comedian-by-night husband leaves her for his secretary, Midge Maisel delivers a drunken stand-up comedy act at the bar where her husband works.

Though completely impromptu, Midge discovers that she has a knack for comedy. Leaving her role as the quintessential American housewife living in New York, she dons her comedic “Mrs. Maisel” persona and pursues a career in stand-up comedy instead.

Where to watch The Marvelous Mrs. Maisel: 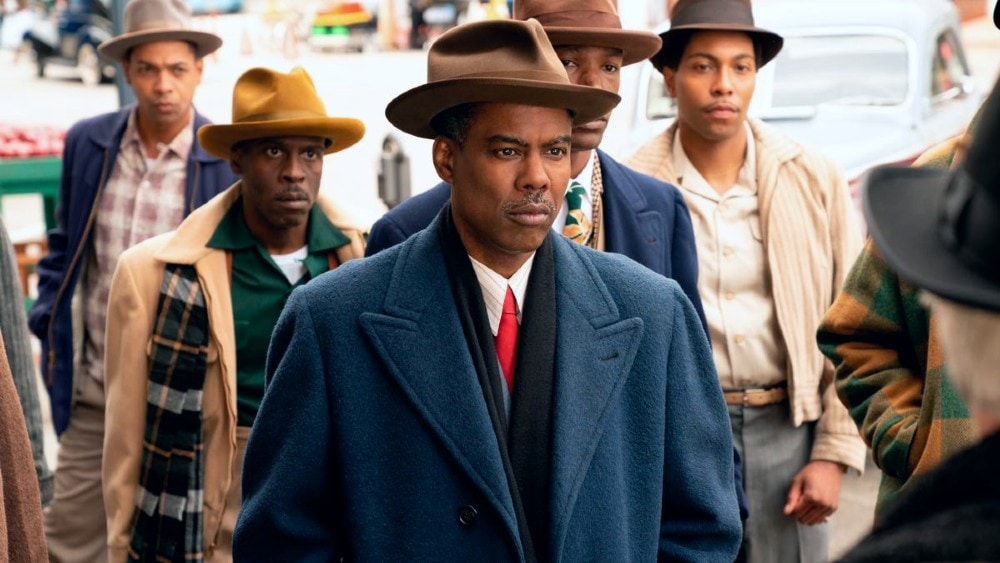 Next on our list is FX’s black comedy/crime drama anthology series Fargo.

This season takes place in 1950s Kansas City and follows the interactions between the two major crime syndicates fighting for control over the city: the Kansas City mafia under the leadership of the Italian Fadda Family and a new African American gang named Cannon Limited.

The latter is a group of black migrants seeking freedom from the segregation still ongoing in the south, led by their leader Loy Cannon, who continues to butt heads with the mafia leaders as they fight for the top spot in Kansas City.

Where to watch Fargo: 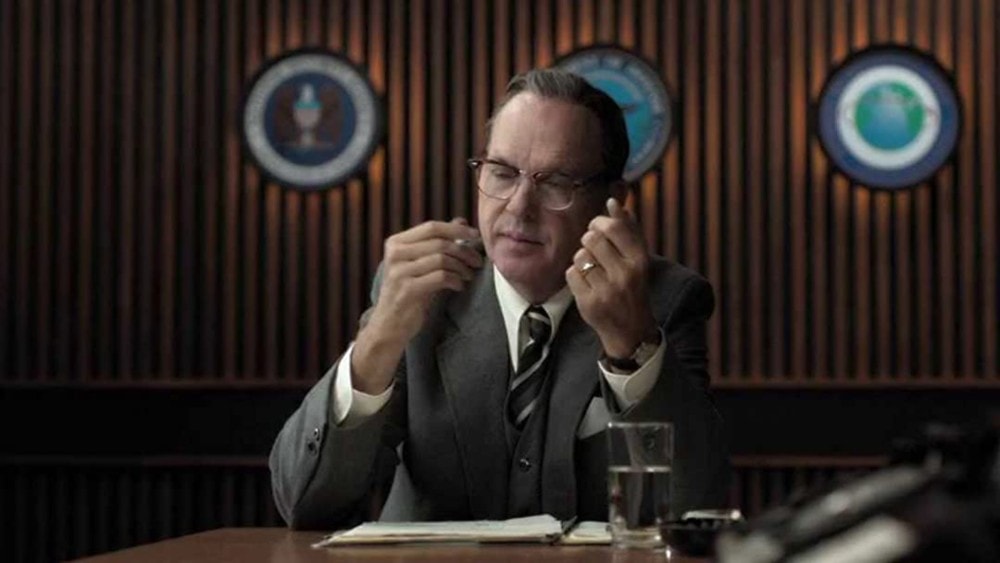 TNT’s three-part miniseries titles The Company was a 2007 adaptation of Robert Littell’s best-selling novel of the same name published 5 years prior.

It starts out in 1950 and follows the various pursuits of three best friends – Jack McAuliffe, Leo Kritzky, and Russian-born Yevgeny Tsipin – after they graduate from Yale. In particular, these three young men are recruited into the spy business, with Jack and Leo joining the CIA in Berlin and Washington, respectively, and Yevgeny accepting a position with the Soviet Union’s KGB.

While on opposite sides of the Cold War, The Company explores all aspects of the war through their perspective and how even the most trained intelligence agents can get their personal lives entangled with their missions.

Where to watch The Company: 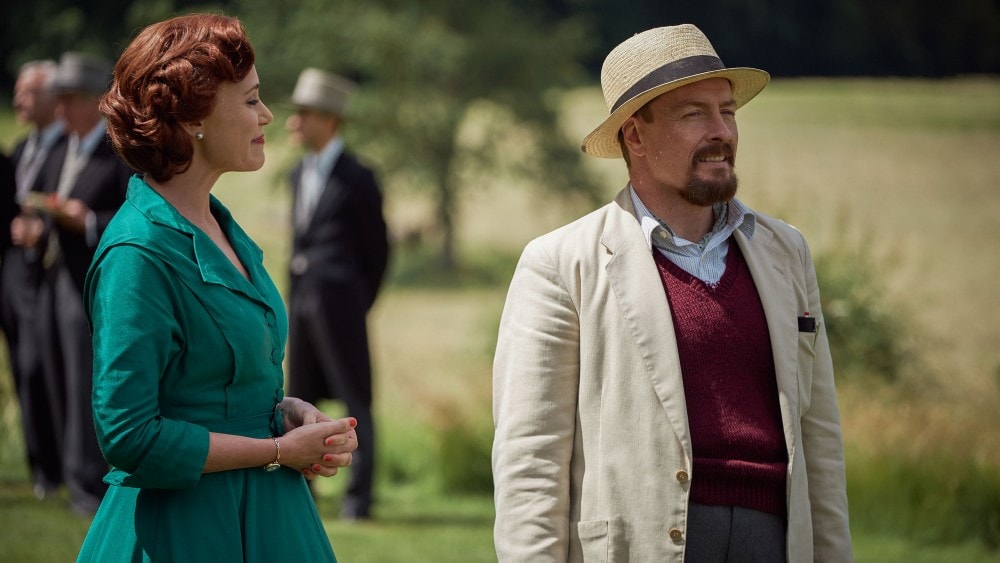 Speaking of the Cold War, Summer of Rockets is another series that ties into this era perfectly.

Set in the summer of 1958, Summer of Rockets follows Samuel Petrukhin, a Russian-born Jewish inventor living in Britain.

Samuel specializes in making hearing-aid. So, when word spreads about Samuel coming up with a revolutionary new invention, he’s approached by MI5 and tasked with a secret mission that would help Western Bloc’s Cold War efforts.

Where to watch Summer of Rockets:

Call the Midwife offers a unique perspective into the state of healthcare, particularly for women and children, in the East End of London in the 1950s and into the 1960s.

It starts in 1957 and tells the story of the nurse-midwives of the Nonnatus House of the Anglican religious order, which was established as a nursing convent.

Though the nuns’ primary medical duties initially centered on providing safe childbirth for women and postnatal care for both the mother and child, as Call the Midwife progressed into later seasons it also began to cover other prevalent healthcare issues during that time.

These include the Child Migrant Programme, the introduction of the contraceptive pill, cystic fibrosis, dementia, racial abuse, and many others.

Where to watch Call the Midwife: 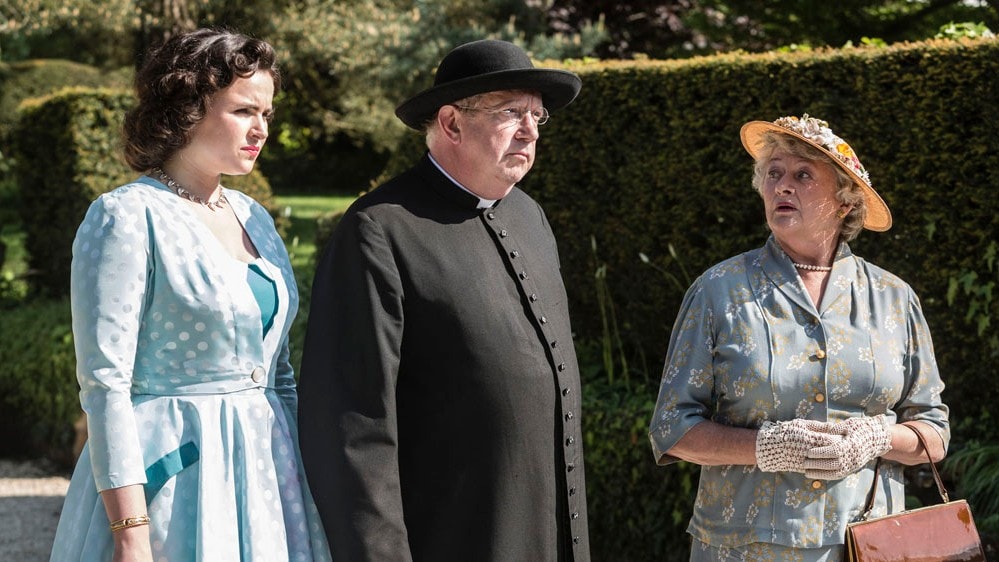 The setting for BBC One’s Father Brown is in the mid-1950s, in a fictional village in Kembleford called Cotswald.

England is still suffering the consequences of the Second World War and in this small village, we meet the titular character of Father Brown, a priest at the St. Mary’s Catholic Church.

Not only is he a priest, but a bit of an amateur detective as well. He is able to use his unique intuition, the skills of his friends, and his position as a priest to solve the murder cases that plague their region – much to the chagrin of local law enforcement.

However, his attempts to deliver justice while staying true to his vows of confessional secrecy sometimes don’t align with the letter of the law.

Where to watch Father Brown: 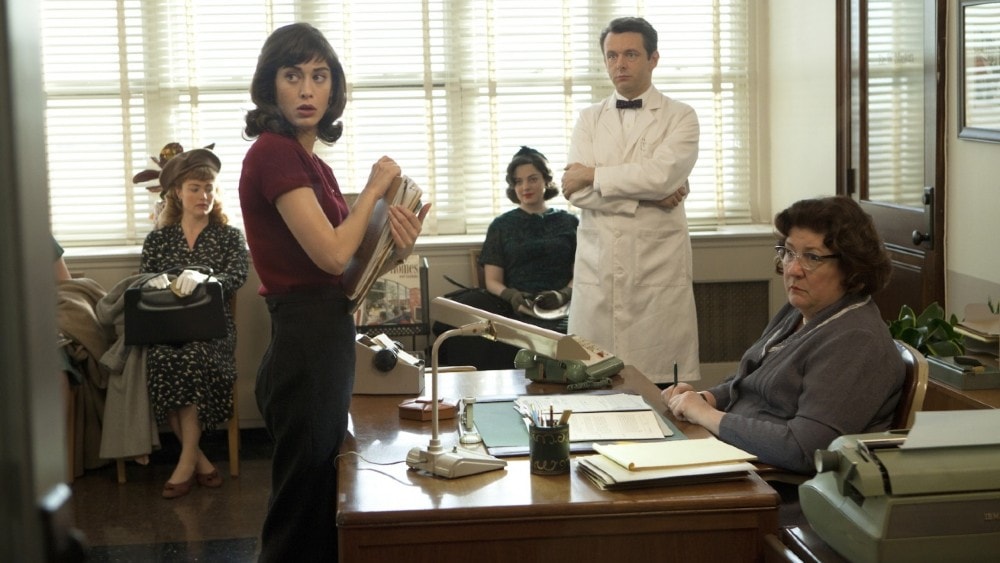 Dr. William Masters and Virginia Johnson were two real-life researchers in the 1950s and early 1960s who headed a sexuality research team that aimed at developing a better understanding of the nature of the human response to sexuality, as well as the causes and diagnosis of sexual disorders.

This was during a time when discussions of this topic were still very much taboo.

Showtime’s Masters of Sex tells the story of their research and the process behind it, along with the personal and professional relationship between Masters and Johnson themselves.

Though it’s loosely based on a biography of the two sexologists, many aspects have also been thoroughly fictionalized.

Where to watch Masters of Sex: 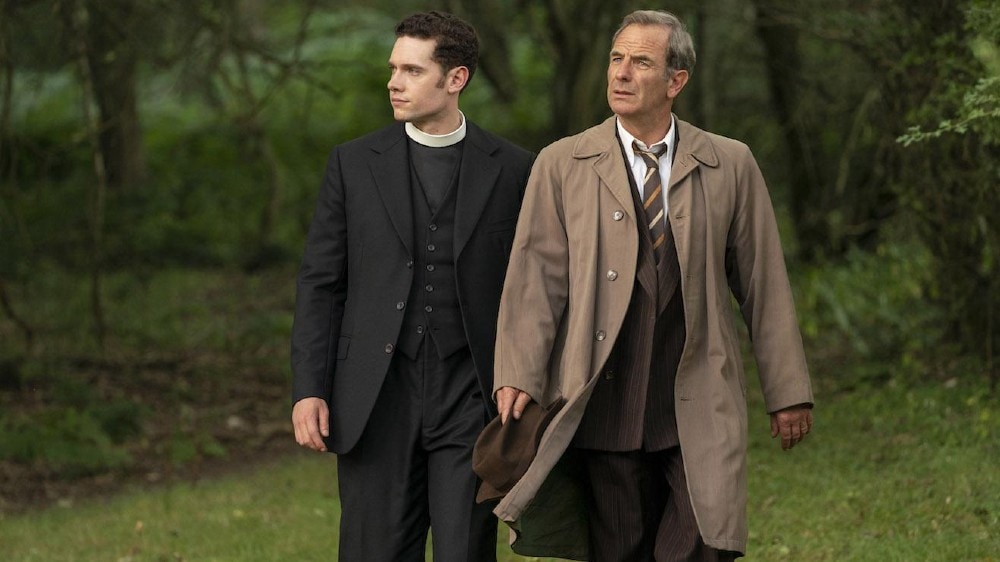 If you’re a fan of Father Brown, then you’re probably going to like ITV’s detective drama, Grantchester. The title also serves as the setting for the show that takes place in the 1950s.

It features Sidney Chambers (and later his successor), an Anglican vicar who also works as an amateur detective. So yes, another man of the cloth with a gift for sleuthing.

Where Grantchester differs from Father Brown, however, is that Chambers works hand in hand with local law enforcement.

Though his more approachable methods sometimes clash with Detective Inspector Geordie Keating’s more gruff and methodical processes, the two make a superb team when it comes to solving the crimes in their area.

Where to watch Grantchester: 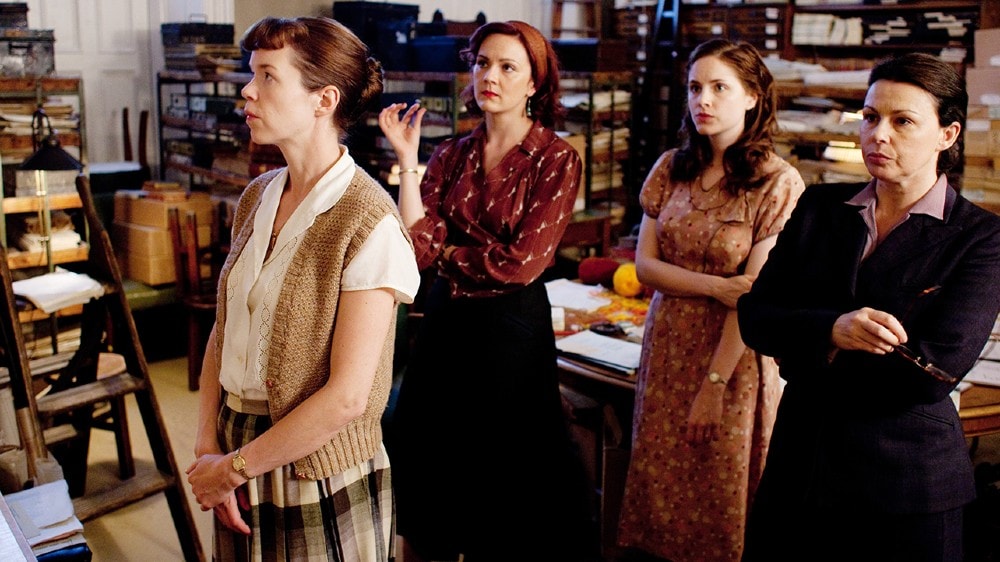 We all love a story surrounding powerful women in a male-dominated industry, and The Bletchley Circle is certainly no exception to that.

Historically, Bletchley Park is a mansion and estate in England that served as the headquarters for codebreaking operations during World War II. In line with that, The Bletchley Circle is set seven years after the war ends and tells the story of four women who worked on deciphering German military codes at Bletchley Park.

They’re now living civilian lives, but this all changes when one of them catches wind of a London murder spree, and the police ignore her theory on a pattern between the killings.

Enlisting the help of her friends, they investigate the crime on their own – all while maintaining a veil of secrecy in their everyday lives and families.

Where to watch The Bletchley Circle: 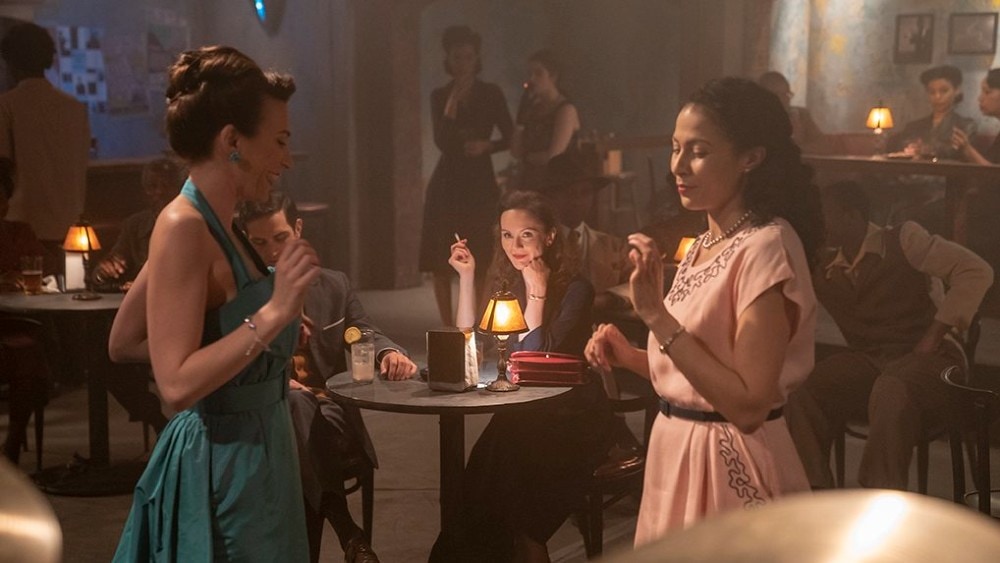 Now set in 1956 (three years after the events in The Bletchley Circle parent series), this spin-off takes two of the original four main characters, Jean and Millie, across the Atlantic to San Francisco to investigate a series of murders connected to the killing of their close friend a fellow code-breaker more than a decade prior.

While in the United States, they join forces with two American code-breakers to deduce the killer’s patterns, motives, and potential future victims, thus forming an unbreakable bond between them.

Each storyline – with a unique crime – takes place over two episodes and though The Bletchley Circle: San Francisco is just one season in so far, a second season has already been commissioned for production.

Where to watch The Bletchley Circle: San Francisco: 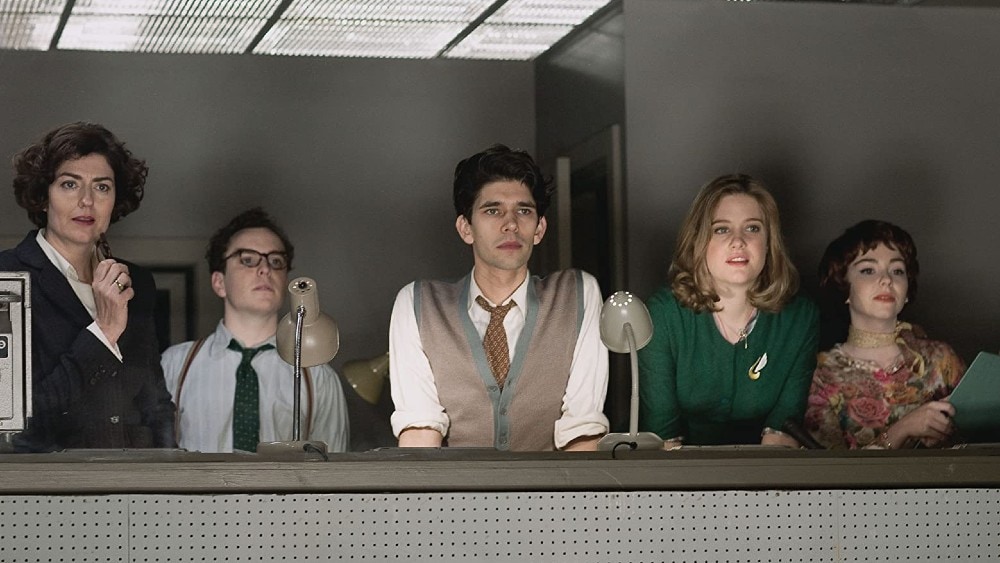 In June 1956, a brand new – albeit fictional for the purposes of this TV series – current affairs program was launched by BBC amidst the ongoing Hungarian Revolution and the Suez Crisis, called the titular The Hour.

Freddie Lyon, previously in charge of producing newsreels, has been selected to report on domestic news, but his ambitions are much higher than that. Soon, he becomes involved in a dangerous murder investigation involving the British government and a Soviet spy recruitment mission.

As the series progresses, The Hour continues to explore Freddie’s personal (his relationship with The Hour’s producer, Bel) and professional (his determination to follow and report relevant news stories) life against the backdrop of changes both in London and across the world.

Where to watch The Hour: 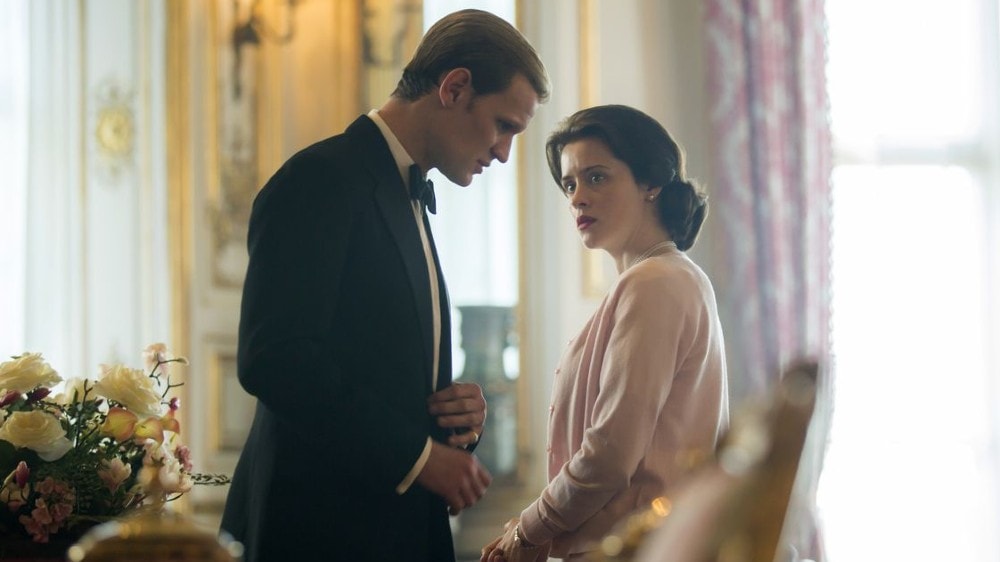 Netflix original The Crown is all set to premiere its fourth season this coming November, but it’s the first two seasons that we want to focus on for this list!

Queen Elizabeth II is now the longest living and the longest-reigning British monarch in history, not to mention the oldest living monarch in the world. Given that and her pretty consistently high popularity, it makes sense that The Crown – a series that gives a relatively accurate historical account of the Queen’s reign – was not only created but has since gained magnanimous support and accolades.

The first season begins just before her coronation with her marriage to Philip, Duke of Edinburgh, in 1947 and the second season ends with the birth of her first child Prince Edward in 1964.

Where to watch The Crown: 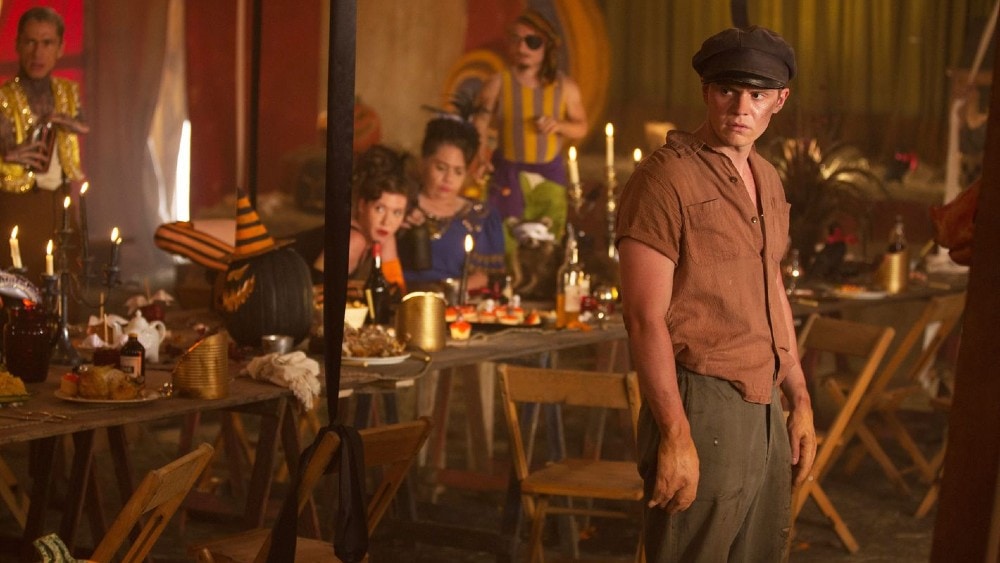 Personally, AHS: Freak Show is one of the scariest seasons in this horror anthology series – but that may also be because I have a burning hatred for clowns.

Set in 1953 in Jupiter, Florida, Freak Show is already a tad self-explanatory in its title: it tells the story of one of the few remaining freak shows in the US.

Not only does it tell a story of survival as their only livelihood is being threatened by those who want to either buy them out or shut them down, but it also explores the individual struggles and hardships of the “freaks” who are part of the show.

Oh, and who could forget the Twisty the Clown and his accomplice, Dandy? It wouldn’t be American Horror Story without murderous psychopaths on the loose!

Where to watch American Horror Story: 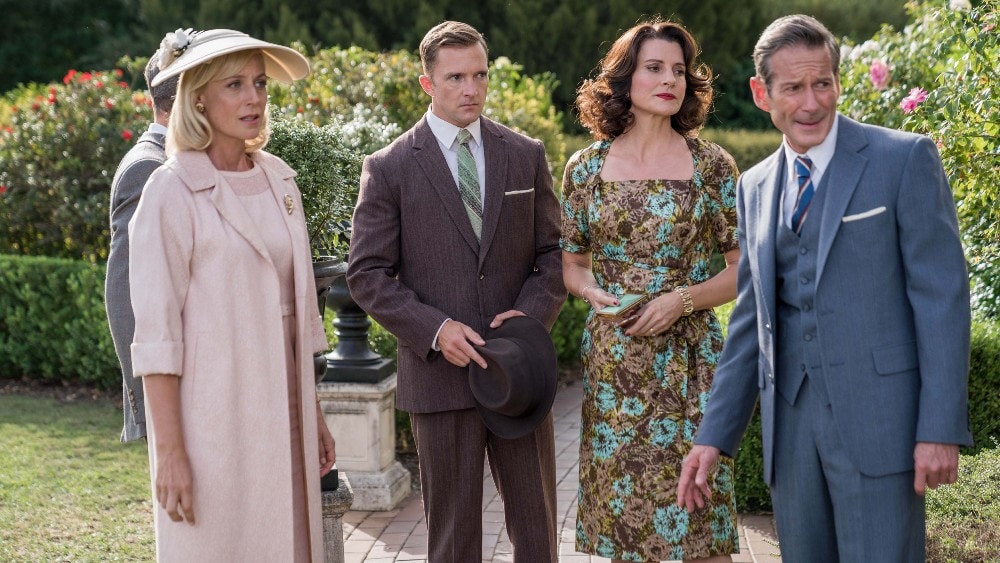 Our last show on the list takes us to Australia post-Second World War, and has been described by the creator as a “compelling melodrama about love and loss set against the social change of the 1950s”.

A Place to Call Home follows Sarah Adams, a young woman who moved abroad to be with the man she loved. After losing him in the war, she returns to Australia to start a new life while working at a hospital for the wealthy Bligh family where she clashes with Elizabeth Bligh, the family matriarch.

Filled with family drama, the show also tackles certain taboo issues of the time, such as homosexuality and its “treatment” options popular during the time.

Where to watch A Place to Call Home: