There’s something truly timeless about a period drama set in the Regency era, what with all the beauty and regality in architecture, fashion, and the fine arts that are representative of this period in history. Throw in a little romance and intrigue to the story and voila! We’re all hooked.

One such drama series is ITV’s Sanditon, whose first seasons aired from August to October 2019. Despite the year that has passed since then and because of the yet undetermined future of the show, fans are rallying behind Sanditon to secure a much-requested second season. If you’re looking to get on board, don’t worry! The charming scenery and captivating storyline will rope you in and you’ll definitely have no problem binging in one weekend sitting.

To get you up to speed, we’ve also put together a quick read of all the critical questions you may have about Sanditon – on the background, characters, locations, and even what’s in store for the show. So dig in, and have all your burning Sanditon questions answered!

Is ITV’s Sanditon based on a book? Who wrote it?

Technically, Sanditon was only partly based on a novel written by the English writer Jane Austen. The reason for this was that Sanditon (the novel, that is) was left unfinished!

Why was the Sanditon novel unfinished?

Jane Austen began working on a manuscript originally titled The Brothers in January 1817, though she had already begun experiencing symptoms of illness and deterioration in the year prior. This manuscript was eventually retitled Sanditon as she continued her work.

By March 1817, she became too sick to continue working and unfortunately, Austen’s illness got the better of her and she passed away in July that year before she could complete the novel.

How much of the book Jane Austin wrote? Who finished the book?

Before she got too sick, Austen was able to complete the first eleven chapters of the novel. In the work she had written, Austen was able to set up enough details for the background and setting of Sanditon that many literary continuators (i.e. writers who continue something unfinished or create new work from it) attempted to pick up on the unfinished manuscript for Sanditon.

Which Sanditon version should I read?

Because of the many versions available, there’s really no saying which continuation would be the best one to read.

Each writer, though still attempting to emulate Austen’s writing style to maintain consistency in the novel, contributes something unique to their adaptations as well.

Where was Sanditon filmed?

For outdoor scenes, many locations across Somerset in South West England were used for filming. On the other hand, the interior scenes were filmed on sets recreated at The Bottle Yard Studios – the largest production space in the western region, and where parts of Poldark were also filmed! – in Bristol.

Where were the Sanditon beach scenes filmed? 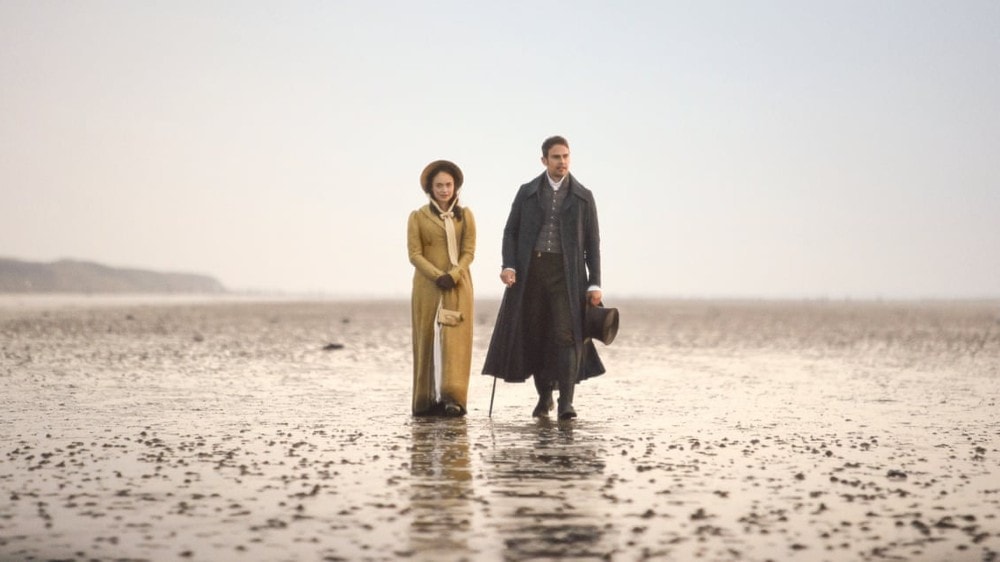 Additionally, swimming shots were filmed at Marine Lake in Weston-super-Mare.

Where is the Sanditon House located?

Dyrham Park, a beautiful country house near Bristol, was used as the exterior of the Sanditon House. Part of its park and courtyard were also used in the farther, sweeping shots, while the side doors even doubled as the streets of the fictional Sanditon!

General questions on the ITV series

What is Sanditon about?

A chance encounter through a coach accident has Charlotte Heywood crossing paths with the Parker family and returns with them to Sanditon, a quaint seaside resort, in an attempt to start fresh and seek a new adventure. She soon finds that their town is far from quiet and peaceful, especially when she clashes with the ambitious and wild Sidney Parker. Will her search for adventure end in the discovery of love?

Who’s playing who on Sanditon?

What year is Sanditon set in?

Consistent with the year it was written in, Sanditon takes place in the early 1800s.

Where is Sanditon set? Is Sanditon a real place or is it based on a different town?

Sanditon is a fictional place, though it has its basis in a real place called Worthing in West Sussex, England.

In 1805, Austen stayed in this seaside town as it was being further developed. It is speculated that this is what she based Sanditon’s setting on.

How many episodes of Sanditon are there? And how many seasons?

As mentioned, Sanditon so far has just one season under its belt, of which there are eight episodes.

How long are the episodes?

Each episode runs for about 60 minutes, so all you’ll need is a day to finish the entire season!

What’s the song Charlotte and Sidney dance to in the ballroom scene in episode 6?

This was a particularly pivotal scene in the series, as well as in the budding relationship between Charlotte and Sidney.

Sanditon’s composer Ruth Barrett discusses it briefly in an interview with PBS, and you can listen to it yourself here!

How to watch Sanditon

How can I watch Sanditon?

Sanditon is available to stream on PBS Passport, the network’s membership platform. You can also purchase individual episodes or the entire first season wherever you buy your subscription videos on demand.

Where to watch Sanditon:

Can you stream Sanditon somewhere? Is it on Netflix?

Unfortunately, Sanditon isn’t available on Netflix and isn’t likely to be released on the platform as of yet.

Is it on Amazon Prime?

Yes, you can watch Sanditon on the Masterpiece Channel on Amazon Prime Video.

Can you get Sanditon season 1 on DVD?

Yes, it’s available on DVD and Blu-ray from Amazon!

How old is Charlotte on Sanditon?

It’s hard to pinpoint exactly, but Charlotte is assumed to be about 22 years old.

How does Sanditon season 1 end?

Sanditon season 1 finale was a little controversial, and it definitely ruffled some of the fans’ feathers.

Jane Austen is known for giving her heroines their happy endings, but it certainly wasn’t the case for Charlotte. Though she and Sidney were finally able to admit their feelings for each other, in the end, Sidney was forced to propose to his ex Eliza in order for Tom to be able to afford the renovations of Sanditon after the fire.

What happens to Charlotte on Sanditon season 1? Does she marry Sidney?

Don’t be disheartened, though! We’ve still got hopes for a second season to continue the story, and who knows what path that’ll lead us down. There could still be a happy ending for Charlotte and Sidney!

Who does Sidney marry on Sanditon?

There hasn’t been a wedding yet but Sidney is now engaged to Eliza Campion, who we’ll explore a little further in the next part.

Who is Eliza on Sanditon?

Eliza Campion (played by Ruth Kearney) is a former flame of Sidney’s who has recently been widowed.

Her return to Sidney’s leads to old feelings resurfacing, causing a blip in his budding emotions towards Charlotte. In the end, Sidney chooses to propose to Eliza for money despite being in love with Charlotte. 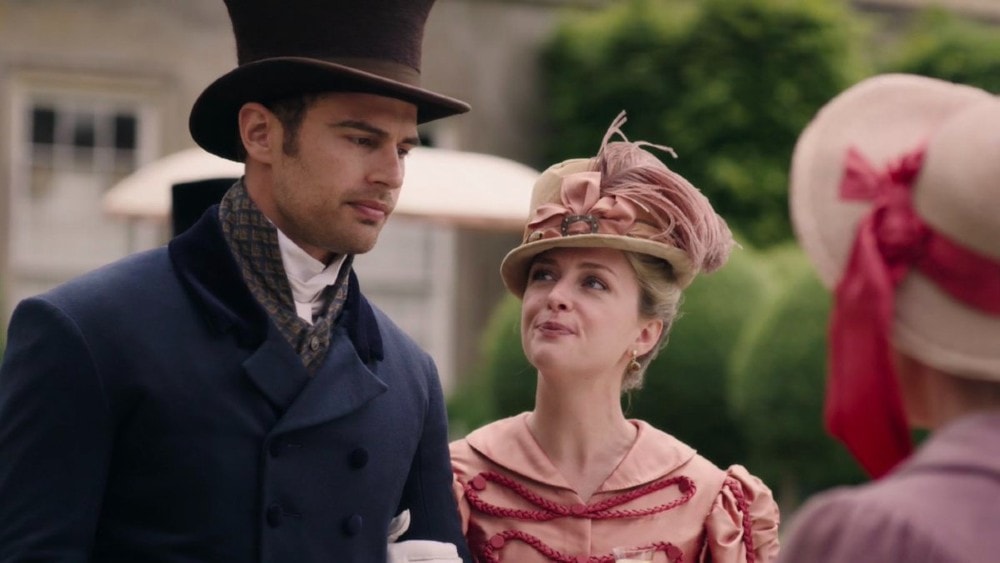 Who is Susan on Sanditon?

Lady Susan is a notable member of high society, particularly in the world of fashion. She and Charlotte met at a party and hit it off very well.

Who is Charlotte on Sanditon?

Sanditon’s protagonist is a classic Jane Austen heroine: headstrong and independent, with a burning desire for adventure outside of the life she’s grown up in.

Though practical and down to earth, she’s also got an open mind and heart that allows her to accept the changing times. After tending to the Parker patriarch in her hometown of Willingden, she joins them on their trip back to Sanditon in search of that adventure.

The future of the show

Will Sanditon return for season 2 or has it been canceled?

On May 6th, 2021, news broke that Sanditon was renewed for not only season 2 but also season 3!

After a successful run in the US on PBS’s Masterpiece, PBS teamed up with BritBox (ITV and BBC’s streaming service), to bring back Sanditon for at least two more seasons.

Why was Sanditon canceled?

Despite the petition proving that Sanditon did indeed have a loyal fan base, it just didn’t garner enough of a viewing audience to justify the network renewing the show.

However, after a fan outcry and a successful US debut, PBS reversed the cancellation in May of 2021. Meaning that Sanditon will return for seasons 2 and 3!

Who will return for Sanditon season 2?

As of right now, we do know that Rose Williams will be back as the lead heroine Charlotte Heywood.

Unfortunately, it’s a different story for her love interest Sidney.

#SanditonPBS will return w/ seasons 2 & 3 and continue Charlotte’s journey through life & love. While Sidney Parker will not return, rest assured that an abundance of romance & adventure lies ahead for the Sanditon heroine. We can’t wait for you to see what we have in store… 💕 pic.twitter.com/8ioma0RbwF

In a statement on PBS’s Twitter account actor Theo James, who played Sidney Parker on Sanditon, announced that he won’t be part of the upcoming seasons saying that Sidney’s journey on the show as concluded as the actor wished it to. So sadly, #Sidlotte shippers will have to see Charlotte’s journey continue without Sidney.