It’s probably safe to say that we have all, in one way or another, had dinosaurs as a part of our childhood. Even as adults, it’s likely that we can at least picture what a T-Rex looks like and maybe even be able to identify the standard brontosaurus, stegosaurus, and triceratops.

90s kids will probably remember growing up with Littlefoot, Ducky, Petrie, and the rest of the gang from The Land Before Time animated movie franchise. They’ll remember how hard their hearts beat during the iconic kitchen scene from the 1993 Jurassic Park. And they might even remember the emotional rollercoaster that was Disney’s 2000 film, Dinosaur.

At least, that’s definitely the case for me! Heck, I even remember tiny dinosaur figurines being mixed in with my pink Lego box set.

Dinosaurs hold a timeless fascination for us all. There’s a reason why the recent reboot of the Jurassic Park movie franchise remains hugely successful to this day (despite the 90s originals being far superior, but that’s a discussion for another time)!

If sitting through one or two two-hour movies about dinosaurs isn’t satisfying that dino craving, we’ve got you covered. In this list, we’ve put together some of the best live-action TV shows with dinosaurs! 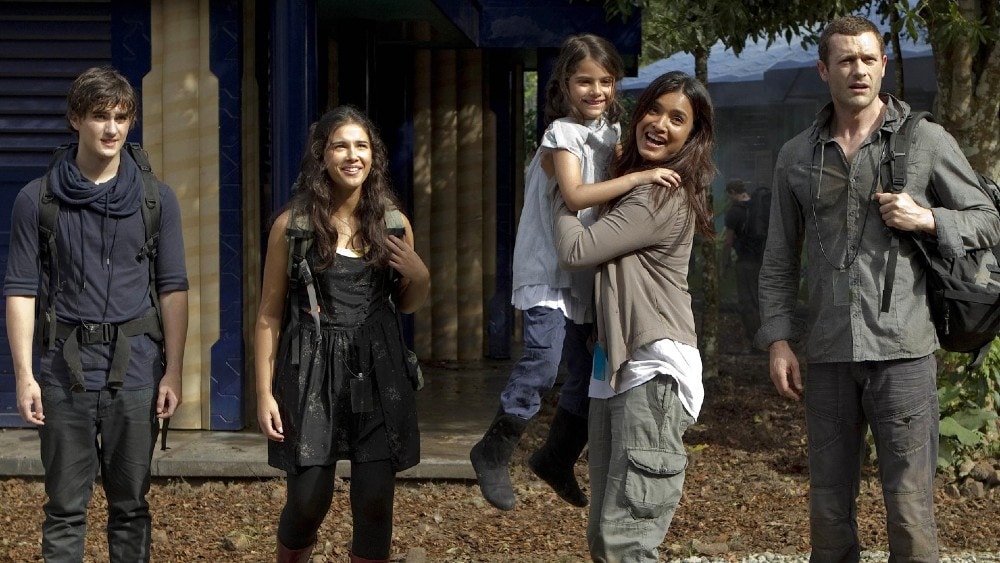 Fox’s sci-fi adventure series Terra Nova was jam-packed with potential but was sadly canceled after just one season.

The setting is 2149 on an Earth that has given up after suffering the effects of overpopulation. Just as human life is threatened by the declining conditions, a team of scientists discovers a wormhole that allows humans to travel through to another world – a sort of an alternate reality – that resembles the Earth during the time of the dinosaurs.

They call it Terra Nova or New World and the show follows its new leader and inhabitants, primarily the Shannon family, as they rebuild civilization on the new land and contend with those who threaten it. 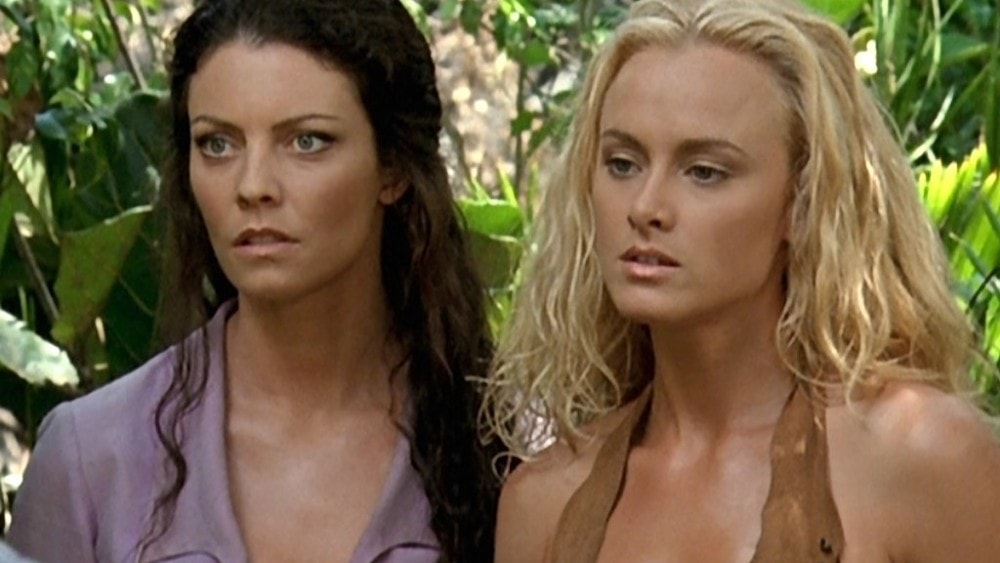 The Lost World takes its title from the novel of the same name written by Sir Artur Conan Doyle and is loosely based on its narrative.

The “lost world” in question starts out as a legend but Professor George Challenger is determined to prove that it’s real.

A scholar himself, Challenger puts together a team of fellow adventurers to journey to find the Lost World. When their hot air balloon (it is, after all, early in the 20th century) crashes on an uncharted plateau in the Amazon jungle, they find that prehistoric creatures still exist there.

Together with a mysterious stranger, they not only fight to survive against dinosaurs but the early species of mankind as well. 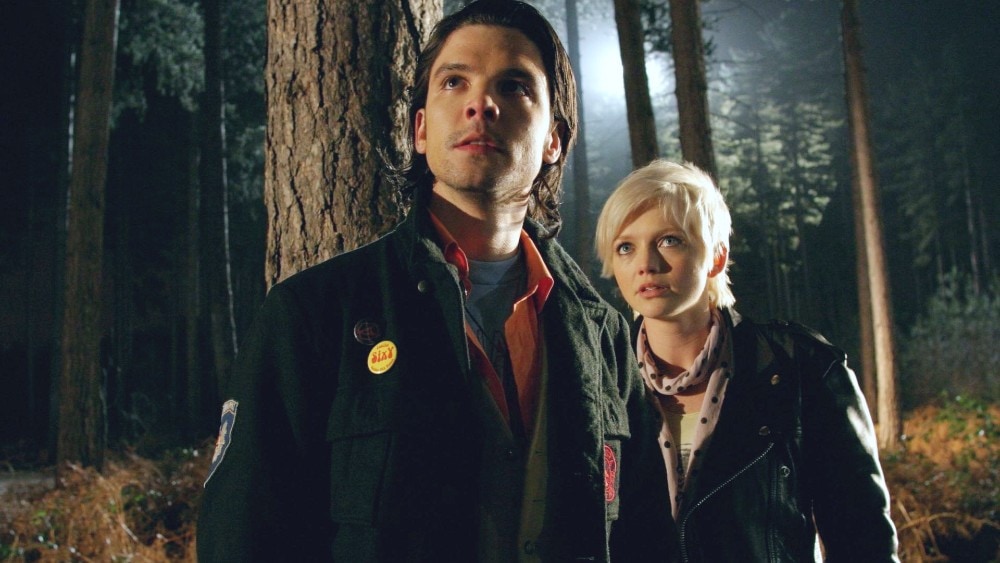 So far, the dinosaur TV shows we’ve covered in this article talk about humans traveling elsewhere to find or discover dinosaurs. In Primeval, it’s the dinosaurs that are coming to us and that’s somehow even more terrifying.

It starts with strange dinosaur sightings reported across the United Kingdom which causes the government to recruit a group of scientists to investigate them, headed by the “world-renowned evolutionary scientist”, Professor Nick Cutter.

They find that these ancient creatures are crossing through temporal anomalies and as these ripples in time and space increase in volume, history continues to invade the present and threaten the future.

Will Cutter and his team be able to resolve this before dinosaurs take over completely? 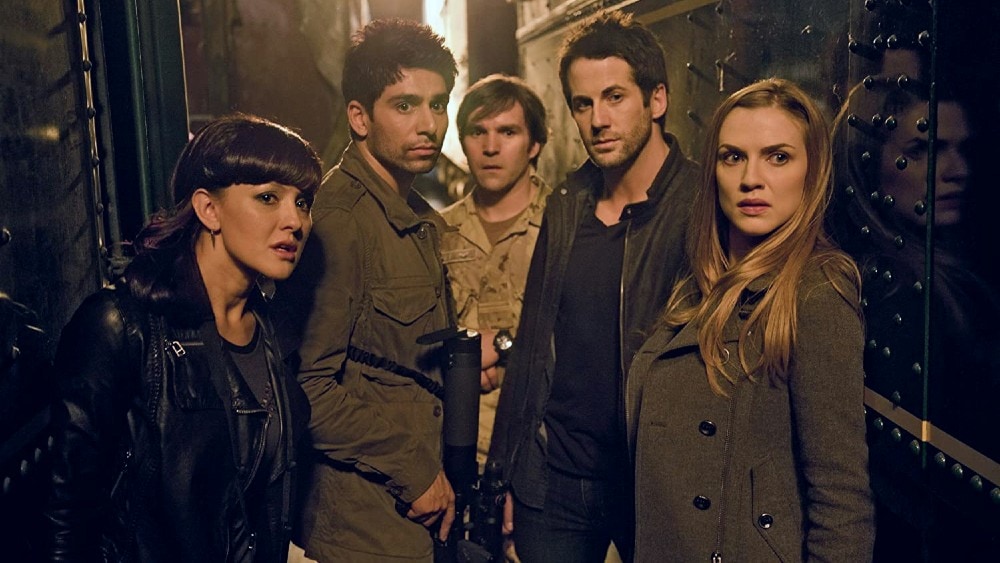 Not long after Primeval ended, a spin-off series entitled Primeval: New World aired, though there is no connection between the characters between the two shows.

However, their commonality lies in the time-warp wormholes that are causing prehistoric creatures to roam the present world. In New World, these anomalies have spread from the original UK setting and have started appearing in Canada.

A software inventor named Evan Cross is at the center of the series, having encountered one of these anomalies – and the dinosaur that came through it – six years before the start of the show.

Using his company as research headquarters as well, he puts together the Special Projects Group to help him locate and investigate the anomalies. 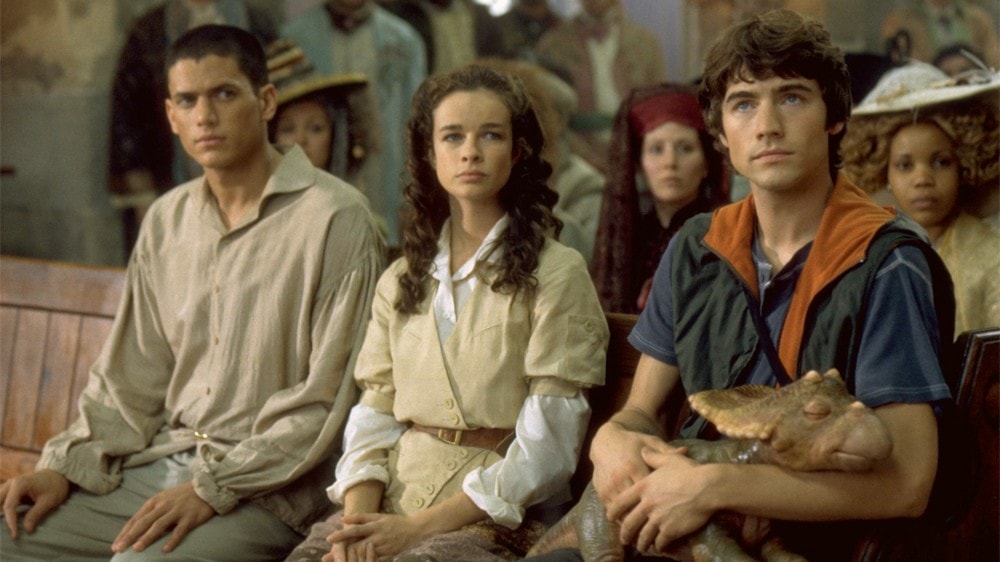 A co-production between Walt Disney Television and Hallmark Entertainment, the Dinotopia miniseries brings a lighter, more carefree tone to a world of dinosaurs, and may appeal to a slightly younger audience.

The show’s protagonists are two teenage half-brothers, David and Karl Scott (played by Wentworth Miller and Tyron Leitso), whose private plane crashes into the ocean mid-flight. They both wash up on an uncharted island but soon discover a magnificent secret: the island is home to a hidden civilization where humans coexist peacefully with dinosaurs!

In fact, some of the dinos have evolved anthropomorphism, where they can speak and even possess near-human intelligence.

As the boys settle into their new home, trouble arises – but that takes us to the next show on our list! 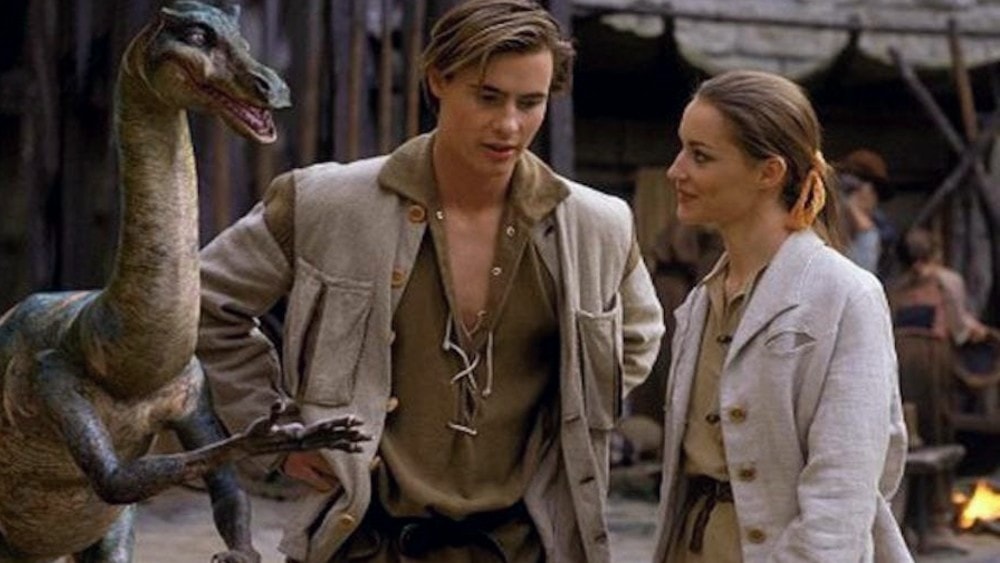 The full season of the Dinotopia TV series began airing just six months after the miniseries. ABC even began production and filming on it before the miniseries aired! It’s intended as a sequel to its predecessor, although with a completely new cast.

In the Dinotopia miniseries, trouble had already begun when the normally peaceful Tyrannosaurus began to exhibit dangerous hunting patterns, even attacking a human village – something unheard of before.

In the sequel Dinotopia, the Scott brothers (now played by Shiloh Strong and Erik von Detten) and the rest of the Dinotopia community must face not just dino threats but humans as well, particularly from a group of outlaws called the Outsiders. 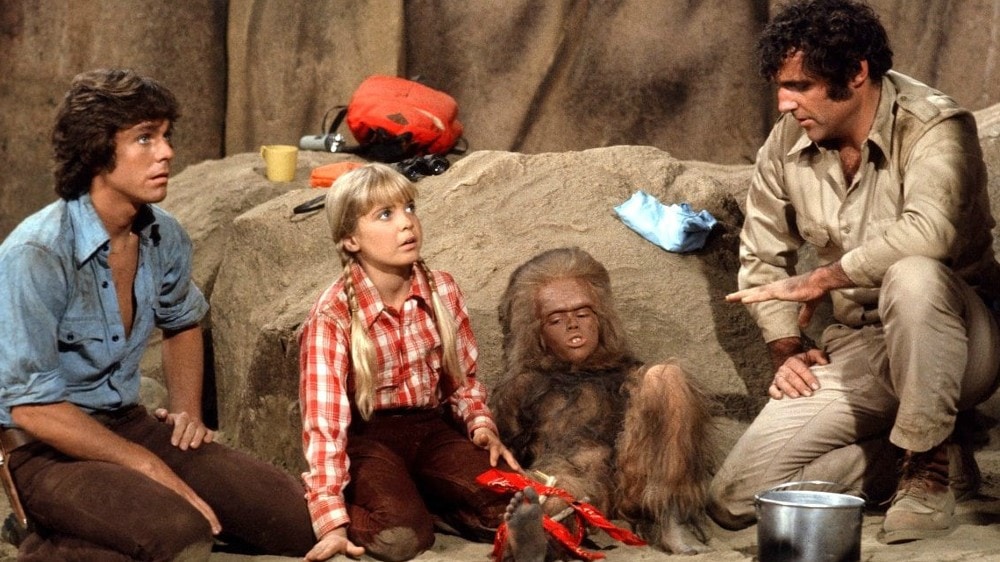 Finally on this list of top dinosaur TV series we have Land of the Lost, a science fiction adventure series that aired way back in the mid-70s, though a 2009 film adaptation was also created.

Though intended as a children’s show, Land of the Lost utilized scientific elements that led an older audience to enjoy it as well!

It primarily follows Rick Marshall and his two children as they accidentally travel through a “time doorway” that takes them to an alternate world inhabited by dinosaurs, a primate-type species of man called Pakuni, and the reptilian-humanoid creatures named Sleestak.

Throughout the seasons, the Marshalls learn to improvise in order to survive the strange land, all while trying to find their way back home.