Whenever we talk about TV shows set during a certain time period, we like to talk about what life was like during that time – what happened, what did the world look like, what are we still benefiting from today?

If you’re a fan of pirate shows, films, or their history in general, you’re likely familiar with the Dutch East India Company, at least by name. It was during the 17th century that it was established and grew to become one of the biggest companies to ever exist, contributing greatly to the Dutch Golden Age.

Many other notable historical events occurred: construction began and indeed on the Taj Mahal, Mount Vesuvius erupted, the Mayflower landed on American shores, and not to mention many wars across the globe.

Culture and science developed greatly during this time as well, with many new discoveries attributed to this era: calculus and logarithms, the telescope, the first rotating stage, even ice cream!

Clearly, it was quite a time to be alive.

Hopefully, these TV shows set in the 17 century can help paint an even better picture of what life was like across different social classes, and against the backdrop of a vastly changing world. 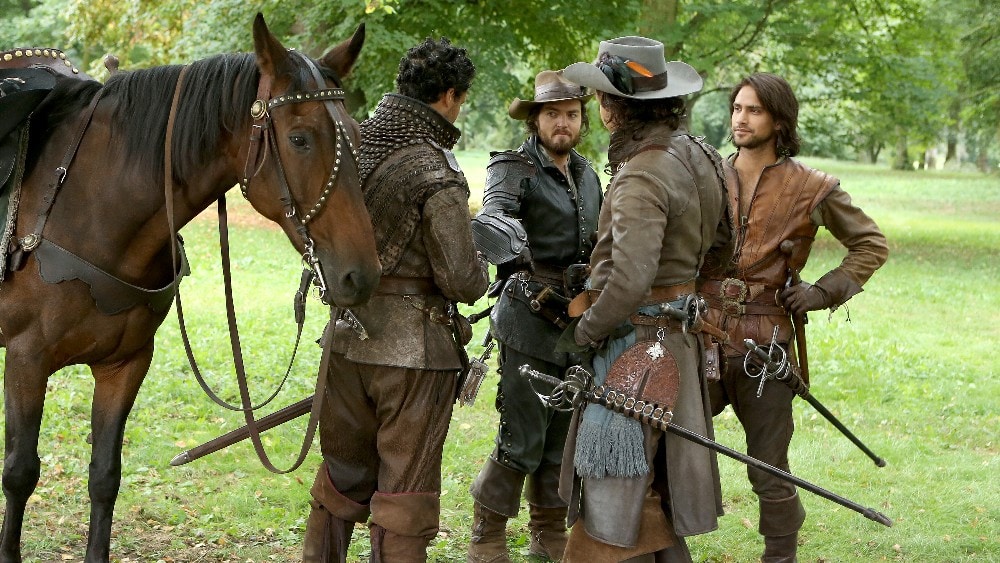 Alexandre Dumas’ 19th-century novel The Three Musketeers has been adapted into many mediums throughout the years, and BBC One is one of the latest to join the collection.

The series takes place in Paris in the 1630s, where chaos reigns highly over law and order.

Viewers first meet the famed three musketeers, Porthos, Athos, and Aramis, who are known to be the King’s best and not only need to contend with the dangers of their job but also against those who wish to damage their name and reputation.

While on a mission, they run into D’Artagnan, another musketeer who is on a personal mission of retribution for a crime against a loved one. 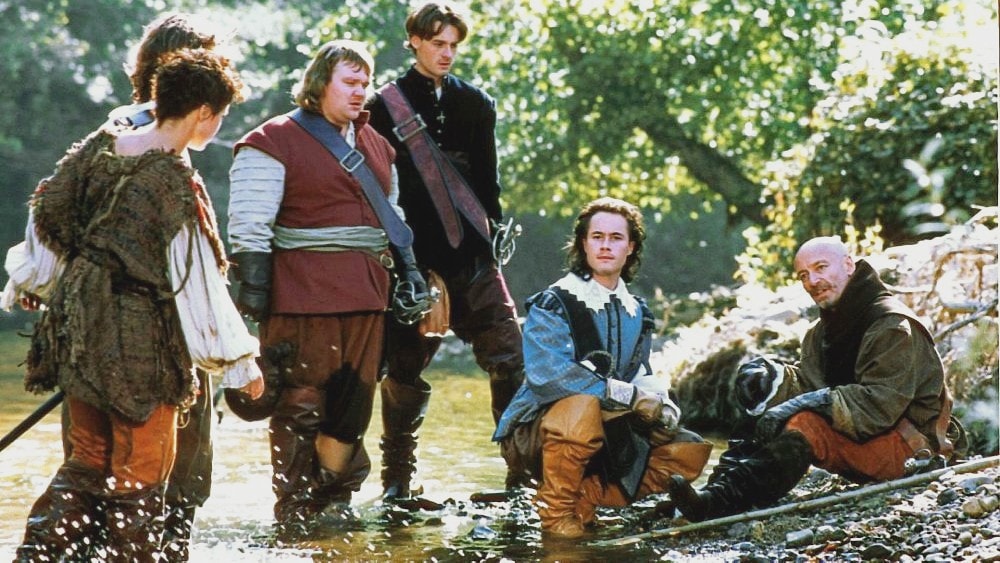 As another testament to the popularity of Dumas’ The Three Musketeers, this next series is yet another adaptation of the novel – though it’s really more inspired by it as opposed to actually based on it.

Sadly, Young Blades aired for just one season before it was canceled by the network.

The series follows D’Artagnan – not the same man from the novels, but his son – and his fellow musketeers Siroc the inventor, Ramon the Spanish poet, and Jacqueline, who is masquerading as her brother Jacques.

This new generation of protectors under the command of Captain Duval must protect the young King Louis XIV against the villains both inside and outside the royal circle. 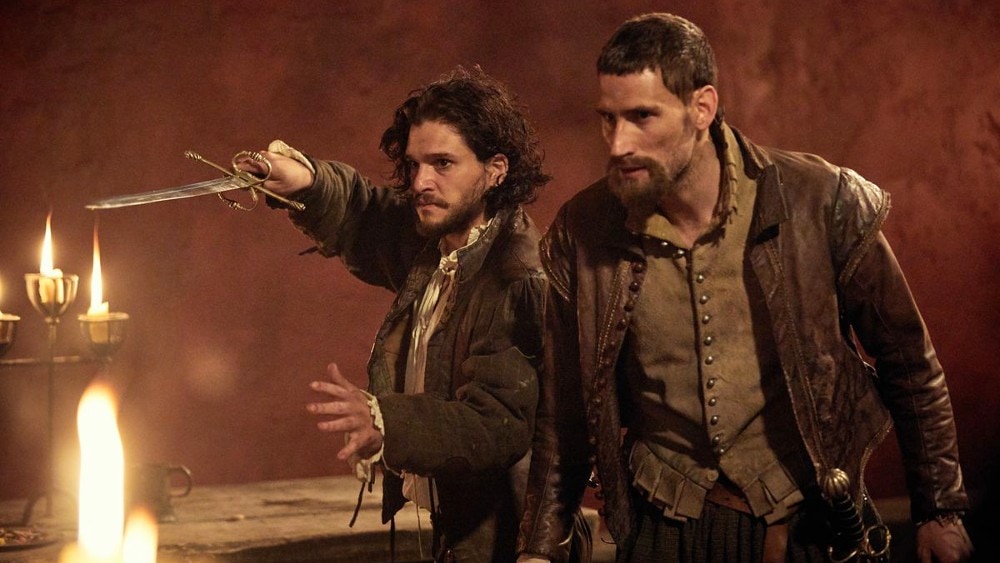 When he’s not eyeing the Iron Throne as Jon Snow, British actor Kit Harington is plotting the destruction of Parliament and the assassination of the king.

In the three-part miniseries Gunpowder, which Harington also developed alongside Ronan Bennett and Daniel West, we learn more about the Gunpowder Plot in London that took place at the onset of the 17th century in 1605.

Harington plays Robert Catesby (whom he is a direct descendant of), the man who orchestrated the elaborate plot to kill King James I and restore the Catholic monarchy to the country.

To this day, the country celebrates the thwarting of this dangerous plot every year on November 5th. “Remember, remember the Fifth of November, gunpowder, treason and plot”. 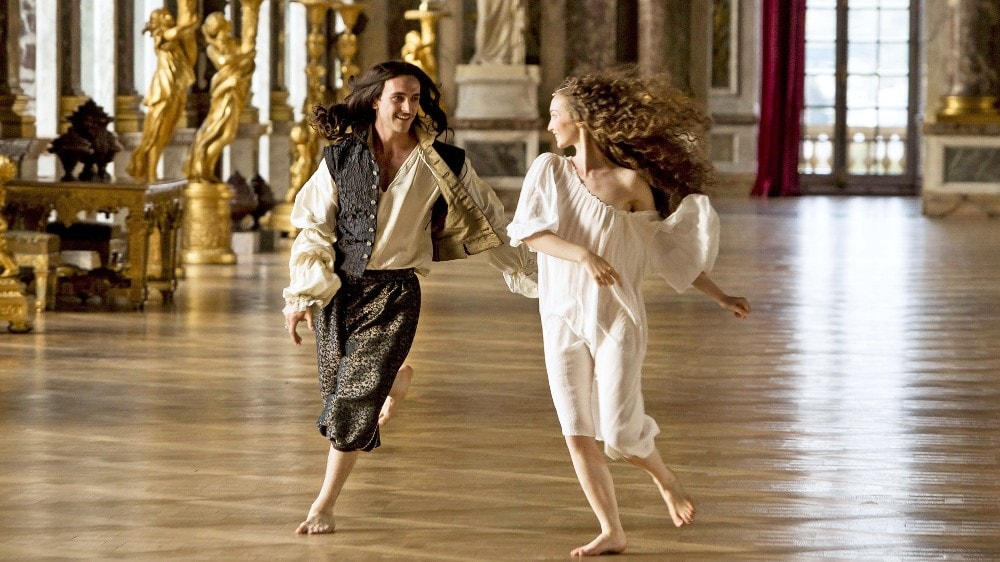 The Palace of Versailles is a protected UNESCO World Heritage site and probably one of the most significant buildings in France for both its culture and history.

The three-season historical drama Versailles is set in 1667 and tension from the civil wars still reigns across the country while a young, 28-year-old King Louis XIV sits on the throne.

In a bid to ensure the French nobility stay in line, the King moves the seat of the court to Versailles, where he has commissioned construction to begin on the palace.

The series dives deep into its history by showing viewers a glimpse of the drama and intrigue that could have been going on behind the palace walls. 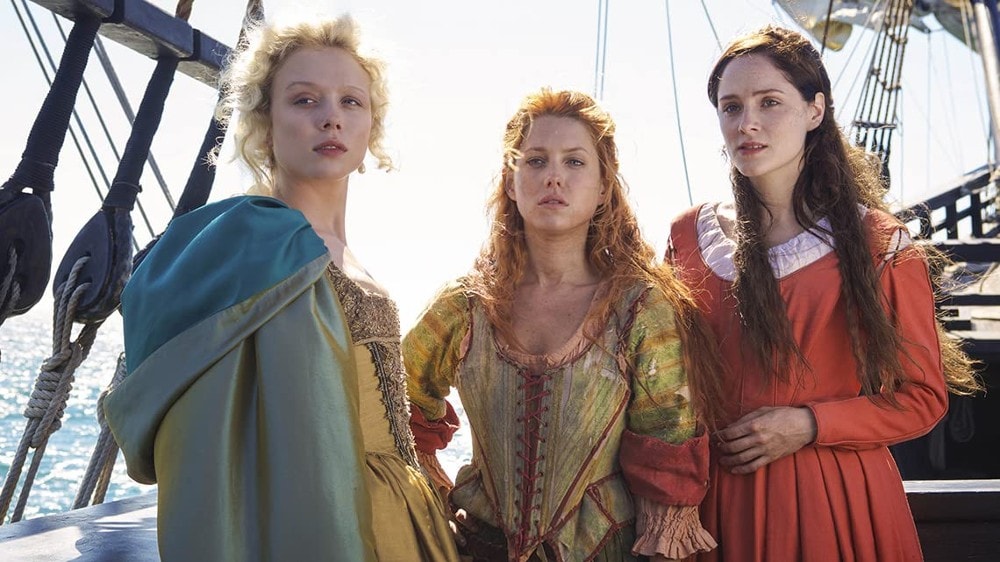 The Jamestown settlement is a historical place even to this day, where it serves as an archeological site for historians and tourists alike; we can also learn more about it through the three-season historical drama, Jamestown.

The series takes us a little over a decade after the colony was founded by the first English settlers.

Women whose transport to the New World had been paid for by the settlers have begun to arrive, duty-bound to marry the men who financed their journeys.

Jamestown primarily follows Alice, Jocelyn, and Verity, who are witnesses to the power struggle among the men running the settlement, and soon learn that they must lean on each other to survive their new home. 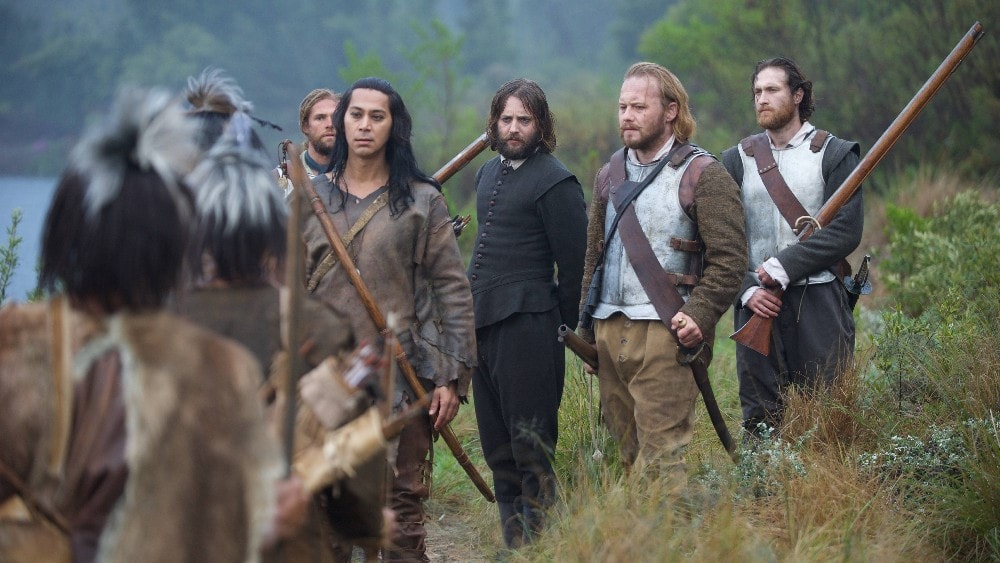 Continuing the theme of settlers coming into the New World, we have the two-part miniseries Saints & Strangers from the National Geographic Channel (with each episode practically a film in itself running roughly two hours).

The series is a dramatic retelling of the real-life stories of the Pilgrims as they journeyed from England to America aboard the Mayflower.

Throughout the series’ two episodes, viewers come to know the difficulties they encountered on the voyage and, once they settled into Plymouth, Massachusetts, the further obstacles they faced in the resistance they encountered from the natives and the harsh and unfamiliar climate. 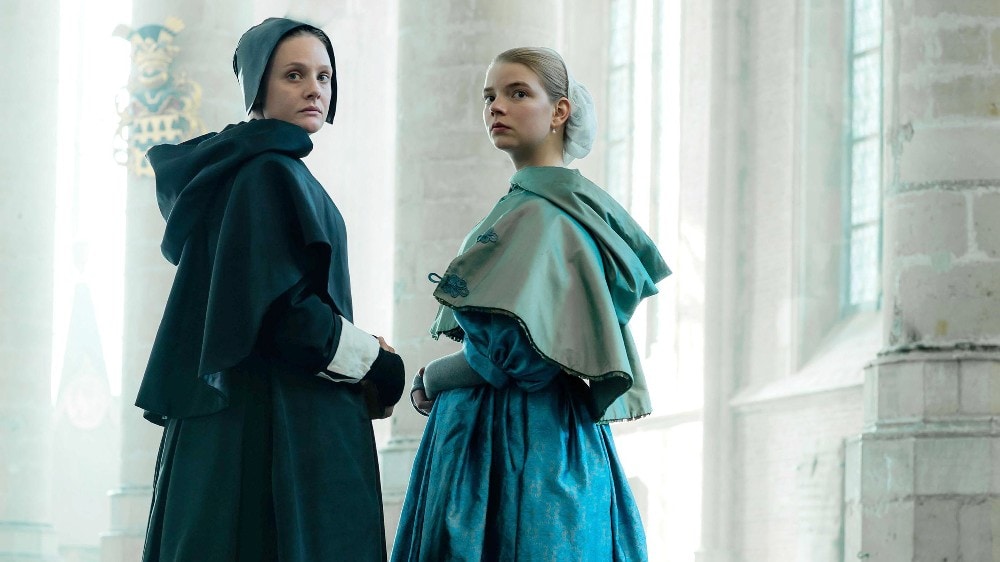 During the Dutch Golden Age, it was customary for wealthy women to curate their own dollhouses to represent their status symbols, and Petronella “Nella” Oortman was one of those women.

Her dollhouse, which is still on display at the Rijksmuseum in Amsterdam, was the inspiration for Jessie Burton’s novel The Miniaturist, which is, in turn, the basis for the BBC One miniseries of the same name.

The show follows Nella in her newly-wedded life to a rich merchant, who gives her a dollhouse to keep her busy.

However, strange things start to happen when the mysterious Miniaturist sends Nella decorations she never ordered, accompanied by dolls of the household members and notes predicting their futures. 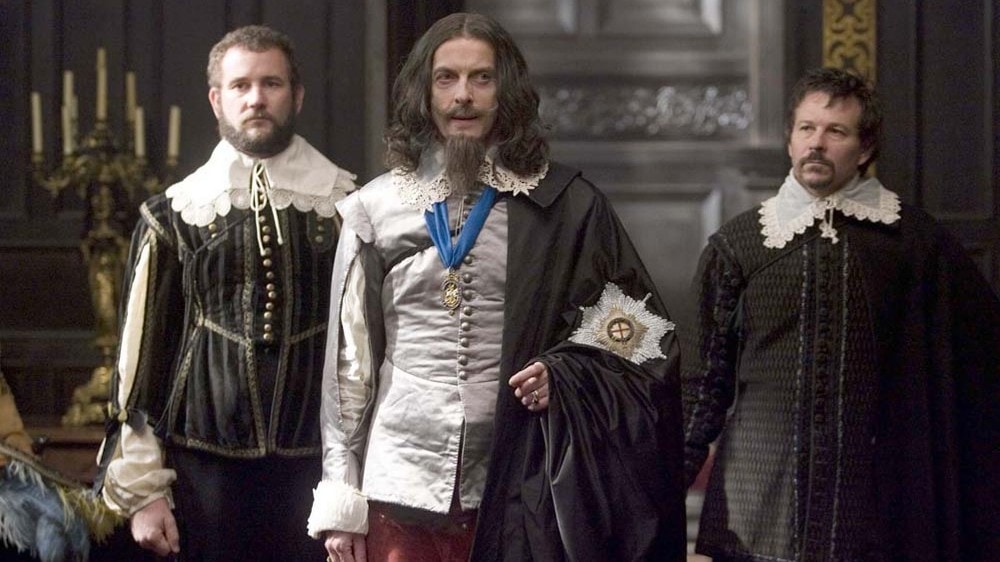 Channel 4’s historical drama The Devil’s Mistress (though released under a different title for the British audiences) was a four-part miniseries that used a mix of fact and fiction.

As the series unfolds over a time period from a little before the English Civil War in 1636 to slightly after in 1660, The Devil’s Mistress tells of the political unrest and sacrifices made during the bloody war through the eyes of the fictional aristocratic lady, Angelica Fanshawe.

With increasing dissatisfaction with the king and the anti-monarchist political movement gaining ground, Angelica chooses between head and heart when it comes to her political loyalty. 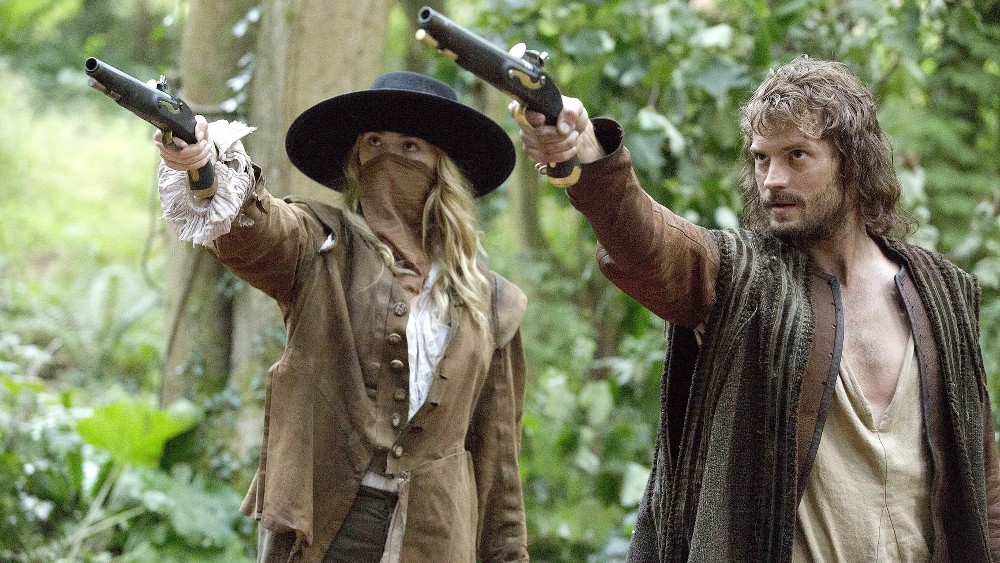 Several years after the premiere of The Devil’s Mistress, Channel 4 announced that a sequel was coming.

New Worlds aired in 2014 and was also formatted as a four-part miniseries.

As the sequel series, it took place in the 1680s, in an England with a new King yet unrest still prevailing and an America that has started to welcome colonial settlers into its lands.

In England, an idealistic outlaw falls in love with an aristocrat – Beth Fanshawe, the daughter of The Devil’s Mistress’ Angelica – and changes her innocent perspective.

In America, Ned and Hope are fighting their own battles of morality against the tyranny the settlers are inflicting onto the Native Americans as they claim their territories. 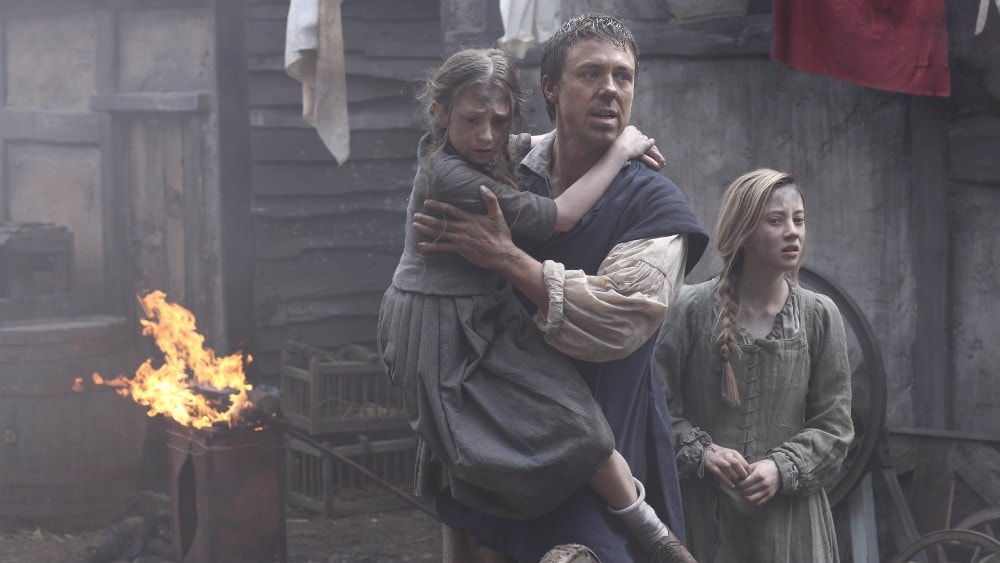 England in September 1666 – the city of London sleeps completely unaware that devastation is but one small burning ember away.

The Great Fire of London was a real disaster that blazed through the city for four days; while the death toll was reported to be quite small, the structural and societal damage was devastating.

The ITV series The Great Fire details events from the fire from the perspective of the Farriner family, who was believed to have caused it when the family’s bakery oven was left open.

Each episode of the series details one day of the fire and is also a look into how the king and royal court responded. 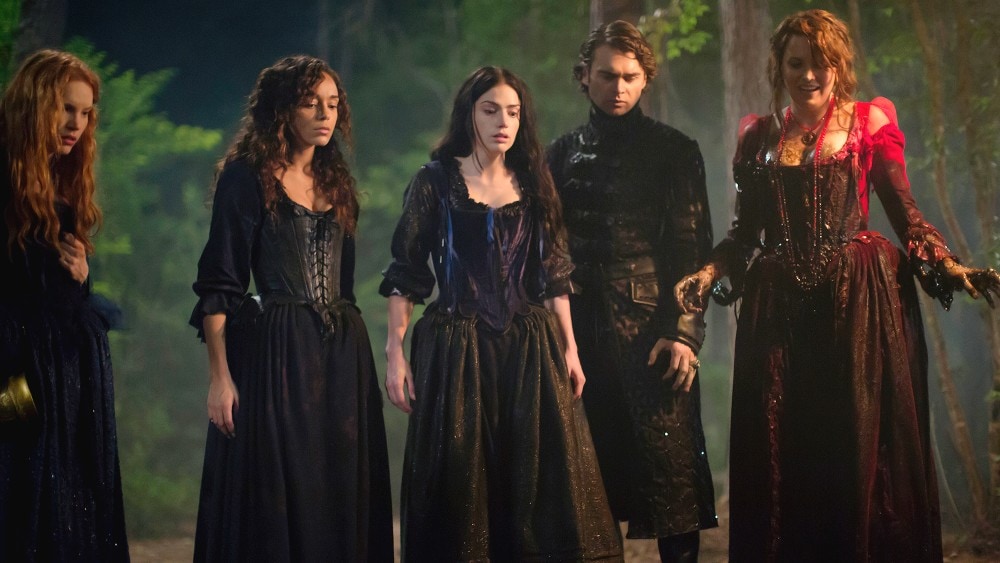 As a departure from all the heavy, historical dramas we’ve covered so far, we’re dipping our toes into the supernatural genre with Salem, the first original scripted series from WGN America.

Of course, taking from the title itself, the series is loosely based on the real-life Salem witch trials towards the end of the 17th century.

It follows the story of Mary Sibley, the most powerful witch in Salem, who plans to summon the Devil by feeding the witch hunt frenzy amongst the unsuspecting locals.

However, her plans are thrown off balance when an old love returns to the town. 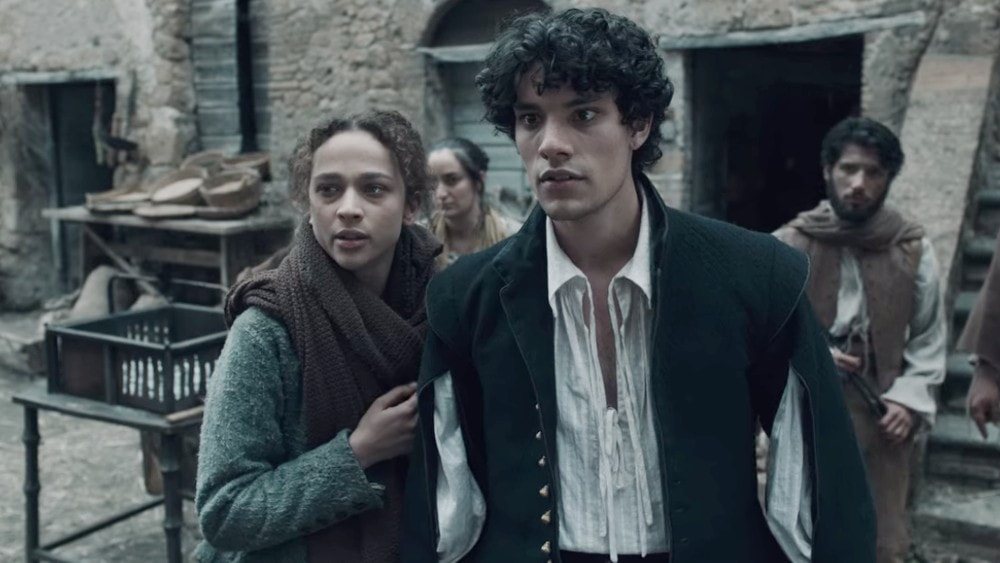 We’re keeping in tune with the supernatural and fantasy genre with Netflix’s Luna Nera, which also marks the first foreign language series on our list.

Luna Nera is an Italian series that takes place in 17th century Italy where the country’s own witch hunt was also underway.

The story begins with Ade, a young girl who is left to take care of her younger brother when their grandmother is executed for being a witch.

While seeking safe haven among actual witches, Ade discovers her own supernatural capabilities – just as her boyfriend’s father begins ramping up his efforts to lead their persecution. 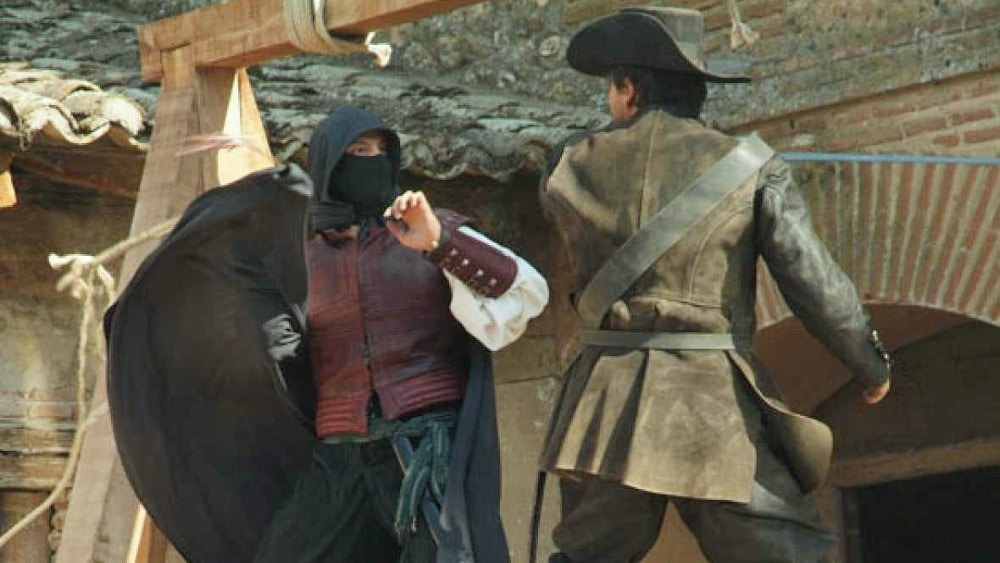 The second foreign language series on the list hails from Spain and is one of the La 1 network’s most successful shows to date.

We love a masked vigilante and that’s exactly what we get in Águila Roja, a historical adventure series that lasted a whopping nine seasons.

The series follows Gonzalo de Montalvo, a man who has a combination of circumstances to make him deadly: training as a ninja and a drive to avenge his wife’s murder.

He becomes the masked hero Águila Roja (Red Eagle) so that he can find justice for those who cannot do it themselves while exposing those who had his wife killed. 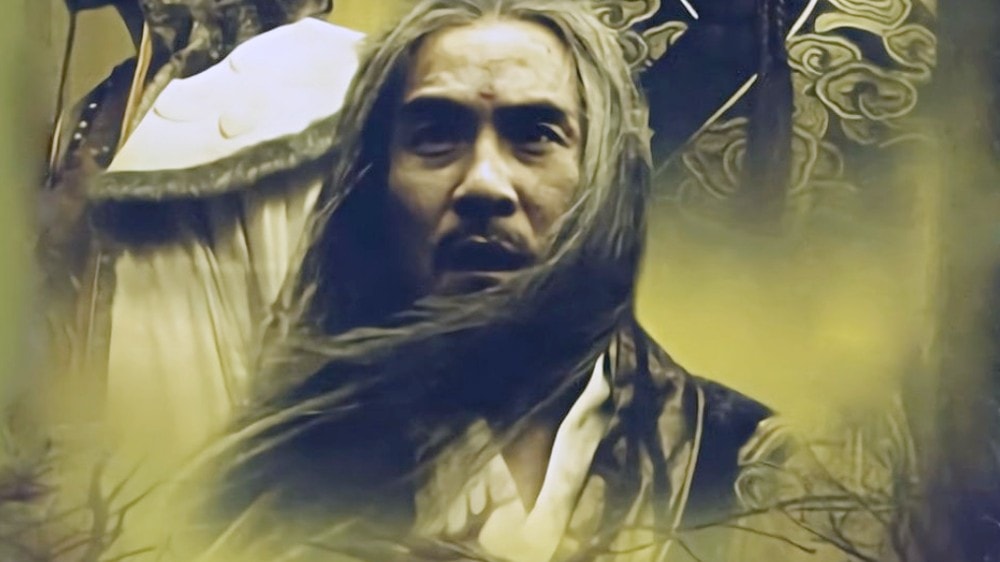 We move to the other side of the world now with The Affaire in the Swing Age, a Chinese series that is also known as The Dynasty and Love Against Kingship.

Based on the novel Jiangshan Fengyu Qing, whose author Zhu Sujin also served as the screenwriter for the series, The Affaire in the Swing Age details the historical events during the transition from the Ming dynasty to the Qing dynasty.

This includes how the new Ming emperor attempted to rebuild trust in the empire after the deep corruption under previous rulers, as well as how he tried – and ultimately failed – to defend his empire against the invading Qing forces.

The Fortunes and Misfortunes of Moll Flanders, ITV (1996) 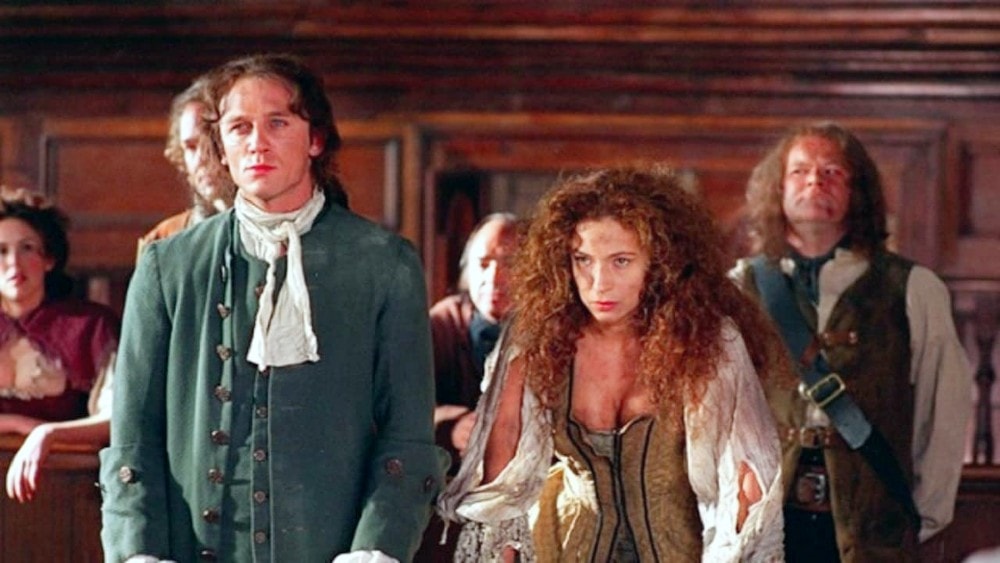 With a title like The Fortunes and Misfortunes of Moll Flanders, it seems pretty straightforward what the central plot of the series is.

Based on the novel Moll Flanders by Daniel Defoe, the series tells of the eponymous Moll, and viewers are certainly in for a ride.

Though there are only four episodes, the journey through Moll’s life takes us through just as many husbands and the unfortunate circumstances that always led her to have to seek the next one.

From a young orphan to a wealthy society elite, a life of crime, and finally a life as a respected citizen in Virginia, Moll Flanders certainly has a life of fortunes and misfortunes. 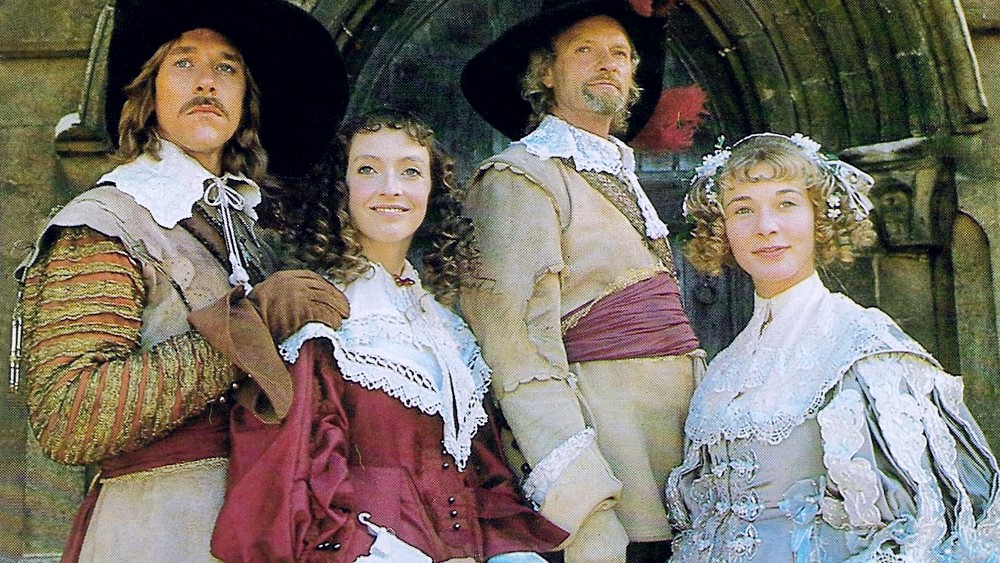 Finally, we return to a series set against the backdrop of the major social and political changes happening in England during its numerous civil wars in the 17th century.

The two-season series By the Sword Divided is centered on the fictional Lacey family, a wealthy family whose loyalties were divided during these tumultuous times.

While some supported the monarchy and others were amongst those seeking to tear it down, the family was torn apart – a sight sadly not uncommon during the civil war.

Eventually, the remaining Lacey family members live to see the monarchy restored with King Charles II and his visit to their home.