Given the world’s current situation dealing with a global pandemic, it almost seems like a logical progression for people to begin talking about doomsday scenarios.

Just to be clear: no, we do not think that the end of days is coming nor are we being alarmists. We do recognize that a lot of people are looking for a distraction, however, and what better way to distract ourselves than by watching TV shows with other ways the world could end, right?

That’s what this article is for, so let’s kick it off. 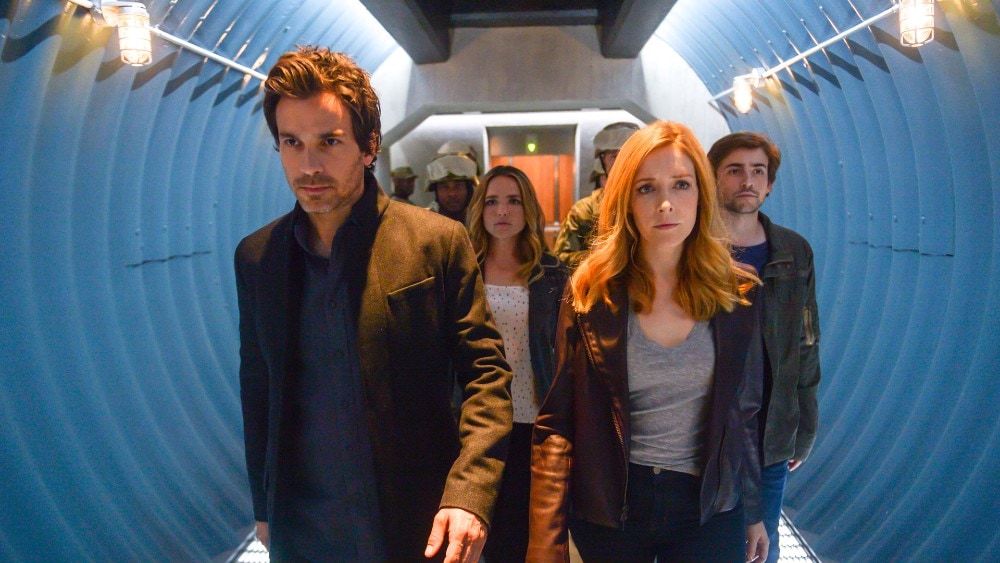 From CBS comes Salvation, a suspenseful science fiction thriller that shows an apocalypse that could possibly be anticipated, prepared for, and even averted through science. How would the government respond, and how would the world deal with it?

Darius Tanz is a triple threat: billionaire, scientist, and tech genius. He and his protégé Liam Cole, a grad student at MIT, are pivotal to the discovery of an asteroid on course to hit Earth in just six months.

After bringing it to the Pentagon, the American government does everything in its power to avert the crisis but they can’t do it alone.

When the secret comes out to the rest of the world, we watch as every nation scrambles to do their part in saving humanity. 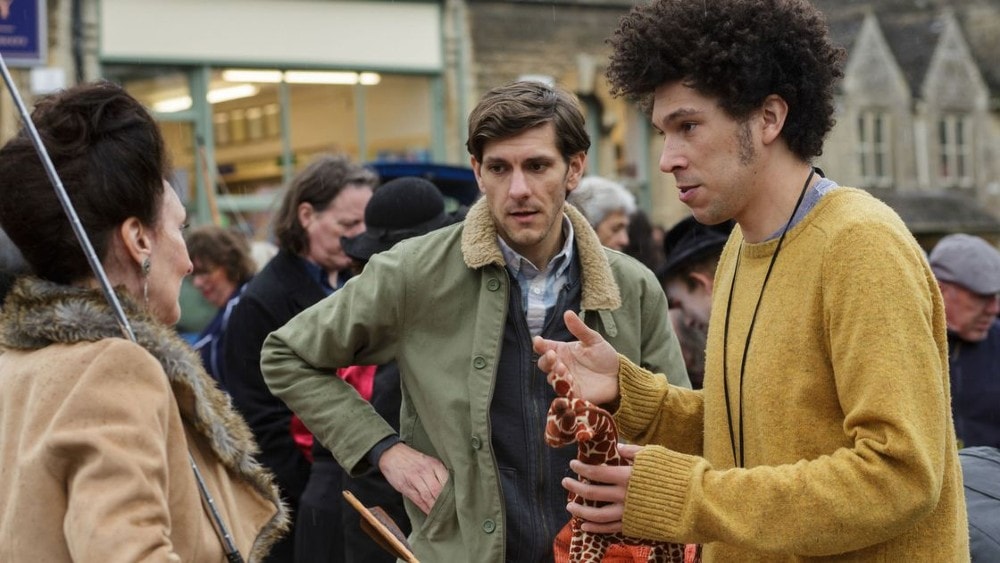 You, Me and the Apocalypse is a British-American miniseries that puts a comedic twist to the impending apocalypse.

With only 34 days left until a comet inevitably collides with Earth, the show’s main characters embark on their own adventures to make their last days meaningful.

These characters include a foul-mouthed priest and his assistant (a nun, of course) who are dead-set on finding the Antichrist, a timid librarian in jail, and her white supremacist prison friend, and a bank manager determined to find his wife who disappeared seven years ago.

This group of mismatched characters eventually cross paths in a bunker under the British suburbs and become the future of mankind. 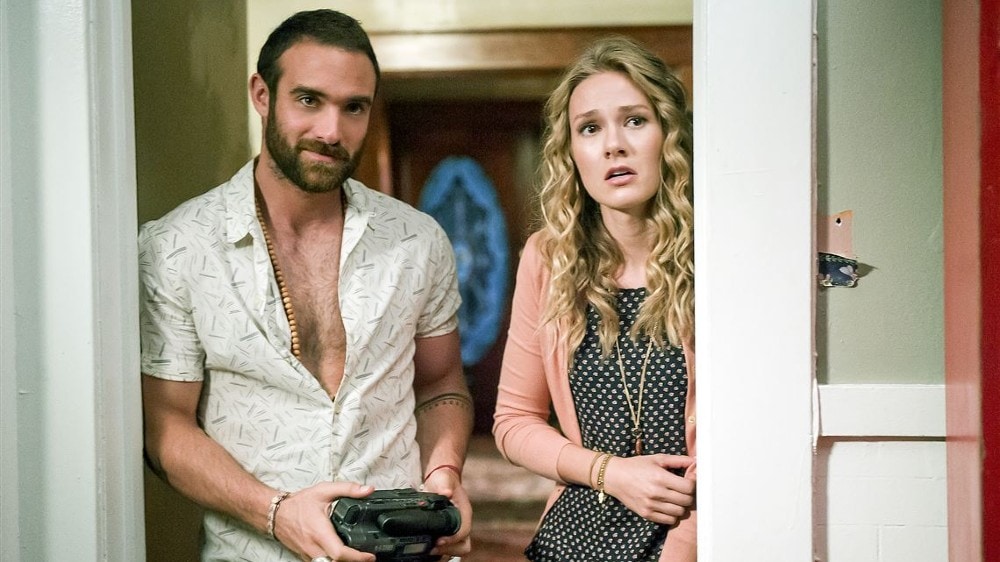 In The CW’s No Tomorrow, it seems like it’s yet another asteroid on its way to Earth that will end all life as we know it.

The thing is, there’s actually no telling whether there’s any truth to that or not. In fact, the show focuses less on the asteroid itself and more on how people would live their lives under the threat of impending doom.

Xavier Holliday is a free-spirited man who believes an asteroid is destined to hit Earth in eight months and twelve days. Because of this, he lives life to the fullest – a perspective he tries to impart on Evie Covington when they become involved in a relationship.

Eager to escape her mundane life, he inspires her to make an “apocalyst”, a bucket list to accomplish before the world ends. 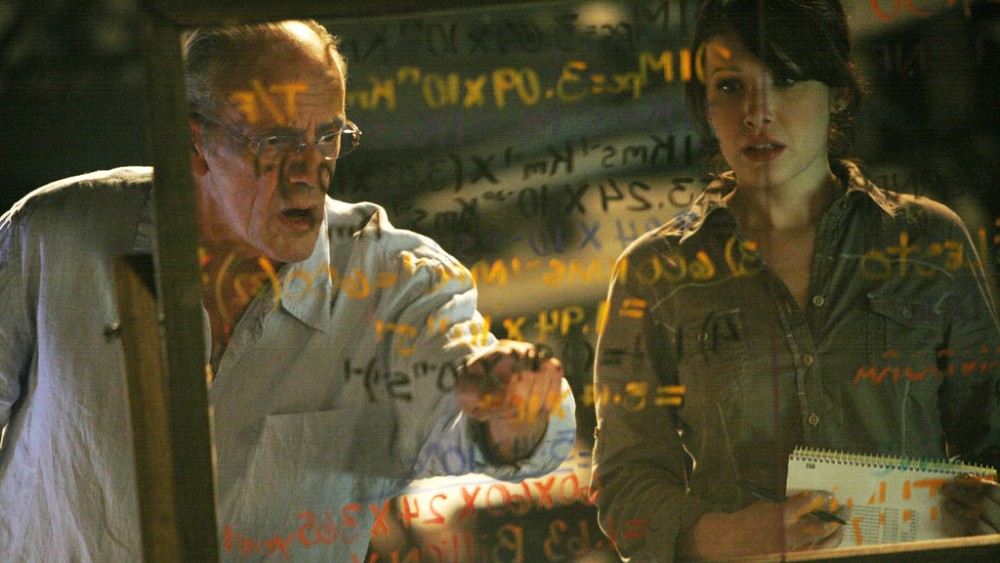 Meteor was a two-episode miniseries that premiered in 2009 and was broadcast through the NBC network.

Scientists and astronomy buffs may be familiar with the 114 Kassandra asteroid that is featured prominently in this series but for us regular folk, suffice to say that it’s a large asteroid and it’s headed straight for us.

In Meteor, the 114 Kassandra is on a collision course towards Earth, accompanied by a meteor shower that has already had meteorites crash around the world.

After the military exhausted nearly all its weapons destroying the main asteroid, it’s discovered that it had been split in two – and the incoming second half was much bigger.

Can the brilliant scientists find a way to save Earth on time? 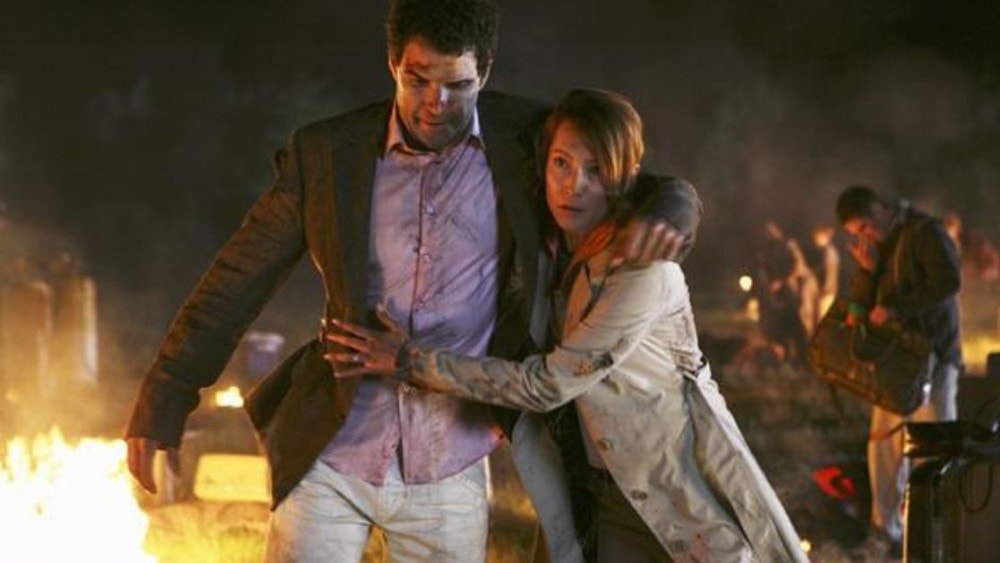 If you thought an asteroid hitting Earth was terrifying, can you imagine if it was the Moon?

Impact, another two-episode miniseries from 2009, explores that possibility with an asteroid hitting the moon, causing damage to its surface and sending fragments to Earth.

Everyone thought that was the worst of it until strange phenomena started happening that were related to the Moon’s properties: tidal changes, electromagnetic anomalies, random loss of gravity, among others.

As it turns out, the Moon had shifted its orbit and had put it straight on a path to collide with Earth in just 39 days. A group of specially trained scientists must go on a mission to re-stabilize the Moon and save all mankind. 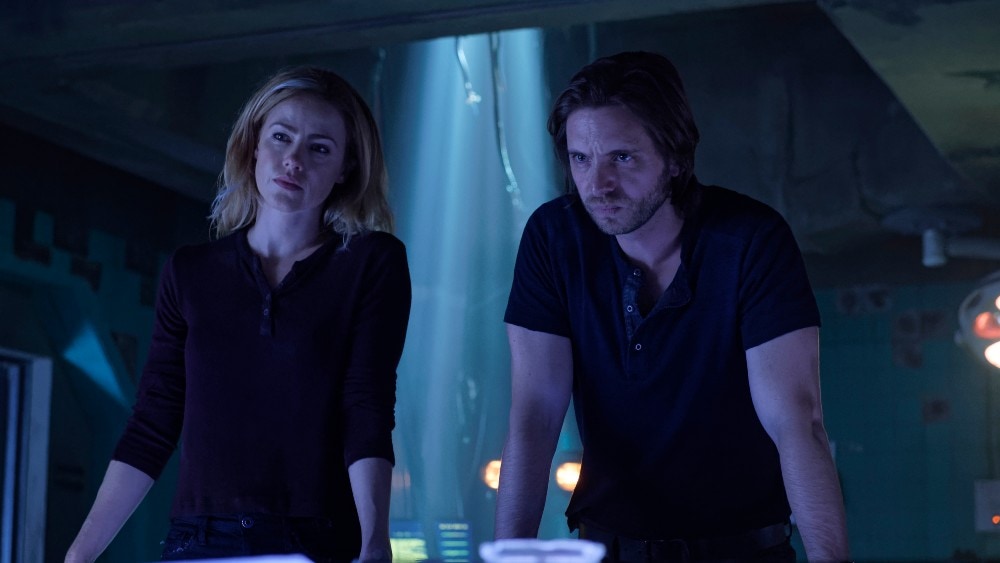 The apocalypse meets time-traveling science fiction in SyFy’s 12 Monkeys, a series loosely adapted from the movie of the same name.

The current year is 2015, and the “Army of the 12 Monkeys” wreaks havoc by releasing a deadly virus two years later that only continued to evolve over the years, causing the eradication of almost the entire human race.

We know this because of James Cole, a time traveler from 2043 who revisits our timeline in order to prevent the release of the virus.

He teams up with an esteemed virologist, his best friend, and even the daughter of the virus’ creator to stop the outbreak and discover the organization’s real agenda. 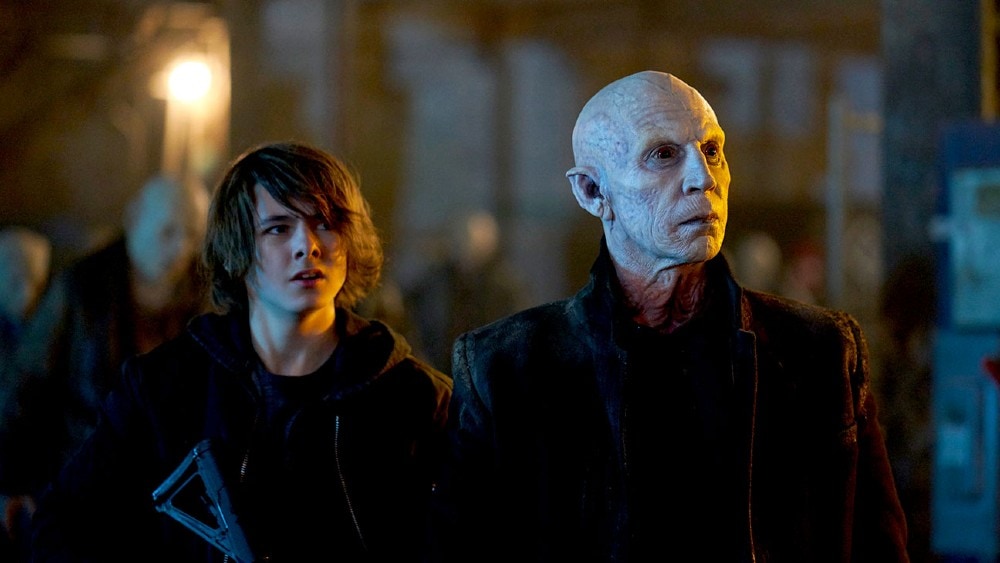 FX’s The Strain is another take on the viral outbreak that throws in a little of the supernatural as well.

When an airplane lands in New York City with all but four passengers dead, Dr. Ephraim Goodweather of the CDC is called in to investigate.

Things take a turn for the worse when even the dead bodies begin to disappear from the morgue, however.

Goodweather and his team discover a strain of an ancient virus related to vampires, and the humans must learn to fight in the war against the undead – the vicious vampires that have threatened humans since the beginning of time. 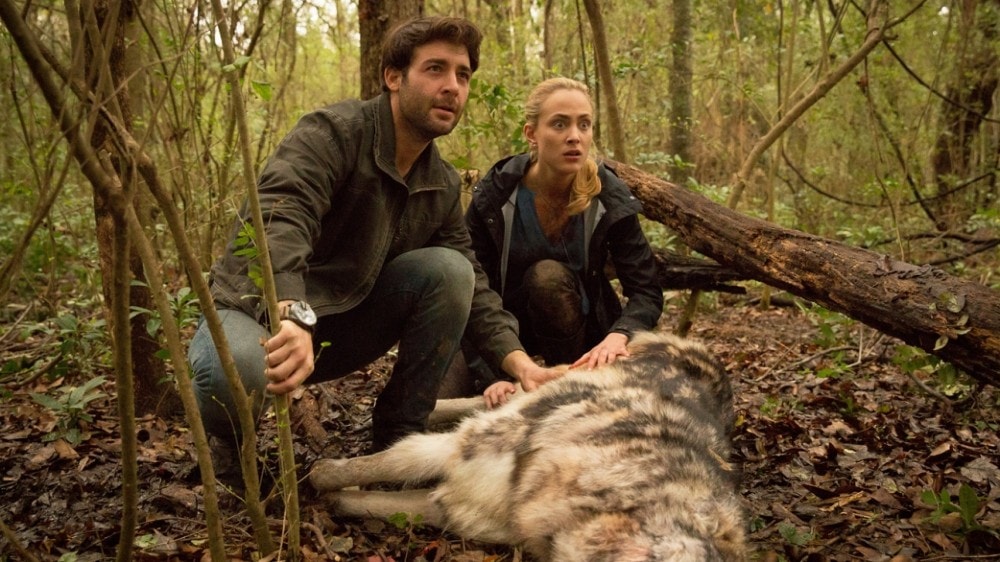 The last show on our list features an apocalyptic scenario you’re not likely to have seen before: animal uprisings.

It definitely sounds strange, but it’s no less terrifying than an attack by a virus, the undead, or giant rocks from space.

In CBS’s Zoo, a ragtag team with individuals across various professions (a zoologist, safari guide, journalist, veterinary pathologist, and French intelligence investigator, to be exact) work together to survive the increasing violence.

As the human population continues to dwindle, they seek to trace the origins of the emerging lab-made hybrid creatures and stop their creator once and for all.