Just this June, Netflix released its first animated series from the Philippines entitled Trese, which is based on the Filipino comic books of the same name. The first season, comprising just six episodes, covers the first three volumes of the comics – giving us the potential for many more seasons to come!

Trese follows the eponymous Alexandra Trese, a young woman descended from a long line of warriors dedicated to protecting humanity from all sorts of threats from the Otherworld. She, along with her twin spectral sidekicks, work hand in hand with local law enforcement to investigate supernatural mysteries – all of which we discover are tied to a single destructive entity.

In the original Filipino audio, Alexandra is voiced by Filipino-American actress Liza Soberano and in English by Pretty Little Liars star Shay Mitchell, who is also half-Filipino.

Alongside these two stars, many of the other main and supporting characters are voiced in the English dub by artists of Filipino descent, including Jon Jon Briones (Ratched), Lou Diamond Phillips (Prodigal Son), Dante Basco (the voice of Prince Zuko in Avatar: The Last Airbender), Manny Jacinto (The Good Place) and Darren Criss (Glee).

What’s absolutely amazing about Trese, and what I am personally most proud and excited about as a Filipino, is that the series relies heavily on Filipino mythology.

From the simple incantations and phrases Alexandra utters while preparing for a fight to the various supernatural creatures from our legends that she both allies with and fights against, Trese truly does pay homage to our culture.

One thing I did notice while binging the series, however, is that there really isn’t much of an explanation as to the background or significance of the mythological creatures that appear. If you don’t know anything about Filipino myths, you’ll often be asking yourself “what is that thing?”.

So, here we are with a brief (and hopefully still helpful, though I’m by no means an expert on the topic) guide to some of the myths and creatures in Trese! 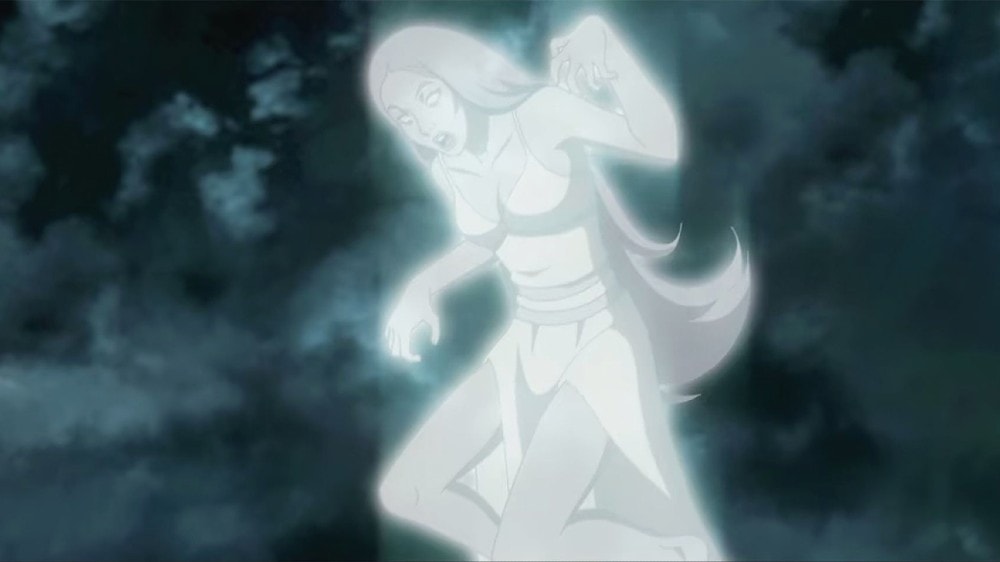 Every country has their version of “the lady in white”, and the Philippines is no exception.

The most popular legend is the white-clad woman often seen along Balete Drive in Quezon City, where she asks drivers for a ride only to either suddenly disappear, or reveal her face to be covered in blood and bruises from the accident that caused her death.

Reference in Trese: A White Lady mysteriously dies (yes, a dead ghost!), and her spirit is trapped by the powdered bones of a mermaid.

Alexandra investigates the source of the powder and discovers that the woman is somehow linked to a clan of aswangs and the city’s corrupt mayor.

A nuno is a ground spirit somewhat similar to dwarves in Philippine folklore, though nunos are slightly more sinister in nature and should be approached with caution and respect.

This is because nunos are known to have a temper and will curse those who disturb or disrespect the ground within their territory. For example, if you happen to sit on or accidentally kick the mound of soil where the nuno lives, they have the ability to cause swelling, rashes, or any other kind of bodily injury.

Reference in Trese: Alexandra often seeks help and information from a nuno who lives beneath a manhole, and who has anthropomorphized mounds of soil (called a Laman Lupa) that do his bidding.

You might hear her say “tabi tabi po” before calling him, which is roughly translated to “please move aside” or “please let me pass through”, and is a known way to ask for permission to approach.

Alexandra also offers the nuno chocnut, a popular local chocolate, because offerings of food are a kind of countercurse. 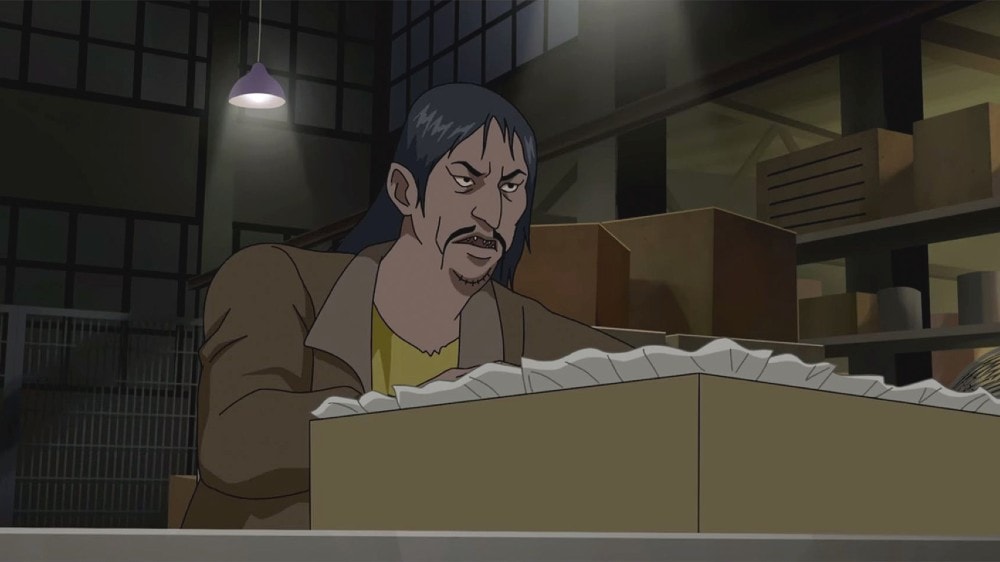 It’s difficult to get into the nitty-gritty of aswangs because it’s actually a broad term for a specific kind of creature: shapeshifters.

In Philippine folklore, shapeshifters cover a variety of supernatural equivalents in Western culture, including vampires, werewolves, and witches. However, aswangs in general are believed to be malicious beings who prey on human flesh.

Reference in Trese: Alexandra has a run-in with one of the aswang clans in Manila during her investigation into the death of the White Lady.

This clan in particular is led by Ibwa (whose name is borrowed from another myth about a corpse-eating spirit), who leads illegal operations by the harbor and has critical information about the corrupt city official in the first episode. 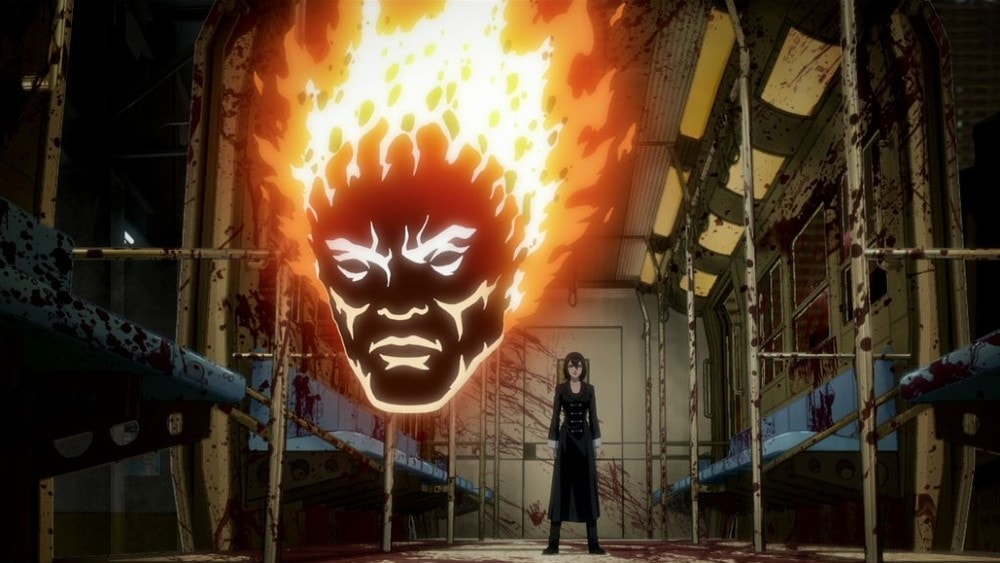 In real life, St. Elmo’s fire is a weather phenomenon wherein rod-like objects will create plasma (which, in layman’s terms, can be visually equated to something that looks like lightning or a neon light) in an electrical field. While its origins were sometimes believed to be a good omen, that’s not necessarily true in Philippine legends.

According to our myths, a santelmo is a fire elemental that appears where major accidents happen – and even cause fires when they fight amongst themselves.

Reference in Trese: A santelmo was created during the Great Binondo Fire in the 1950s; Alexandra’s ancestors helped with containing the accident and thus, the santelmo was indebted to their family.

Alexandra often calls it at will by dialing the date of the fire into a cell phone, and at one point even helps her destroy one of her adversaries. 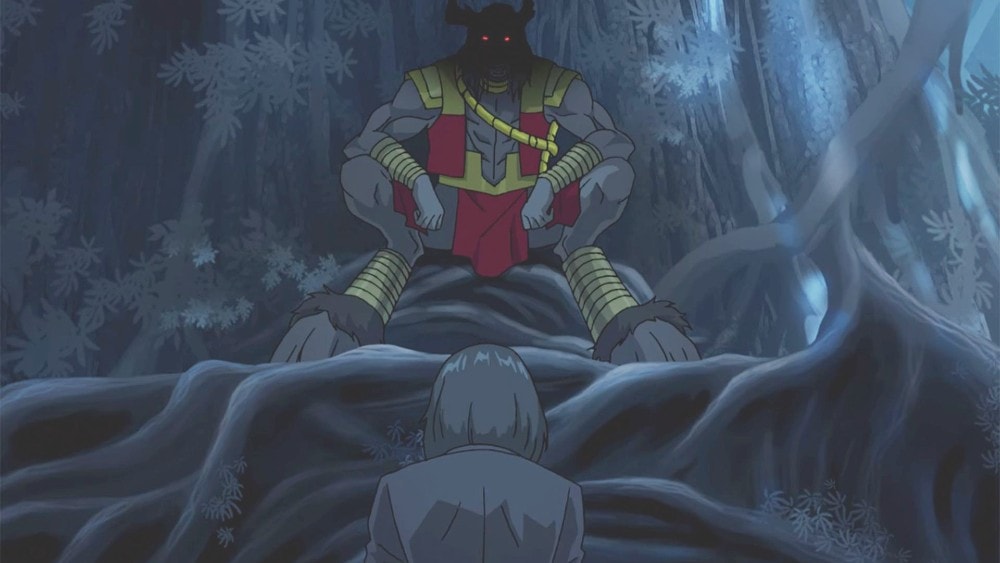 When wandering about a mountain or forest, superstitious Filipinos may ask for permission to pass through or will be cautious to not make too much noise so as not to disturb any tikbalang residing there.

A tikbalang is a large, anthropomorphized horse-like creature – although very different from the centaurs we know from Western mythology.

One of the more popular lores surrounding tikbalangs is that they tend to lead travelers astray, leaving you walking around in circles no matter how hard you try to get out.

Another lore states that tikbalangs are guardians of the forest, charged with punishing those who cause harm to their kingdom.

Reference in Trese: Alexandra hears of a race car driver who always vanishes after winning and recently, seems to have taken a human as his trophy. She meets the head of the clan first before pursuing his son Maliksi, who transforms into a regular human in his sports car.

Later on in the season, Maliksi becomes an ally. 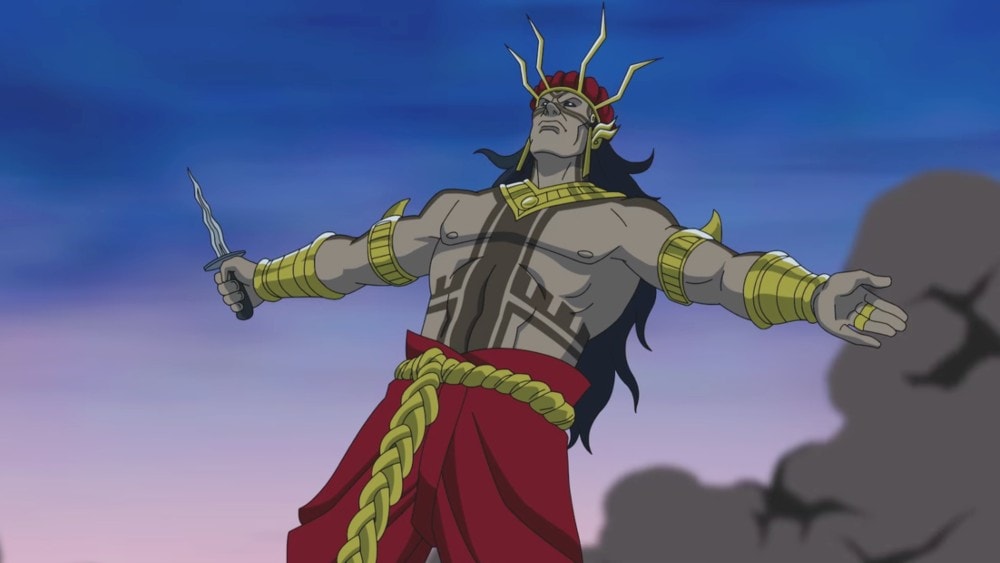 Unlike the creatures already mentioned, Datu Talagbusao is a mythical being; his default appearance is that of a human, albeit an immortal one that is able to adapt the image of others.

Before the introduction of Christianity, the early Filipinos believed in their own pagan gods, much like many other ancient Western and Asian civilizations.

In Philippine folklore, Talagbusao is a myth native to a southern province called Bukidnon, and he represents the God of War.

Reference in Trese: Talagbusao takes his place in the Trese universe as the God of War, and he is able to possess any person’s body to make them fierce warriors.

Alexandra later discovers that the string of terror sweeping through the city is Talagbusao’s doing, as he pulls the strings in order to execute his mission to take over the human world. 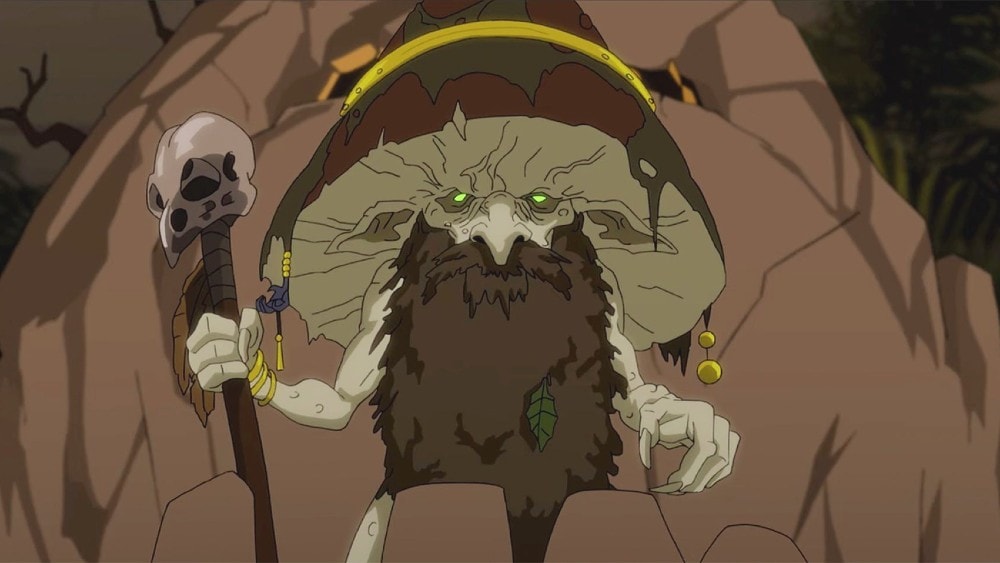 At its core, a duwende is a type of dwarf and as mentioned, is very similar to a nuno. For example, the practice of saying “tabi tabi po” is also done when wanting to avoid the wrath of a duwende.

They are generally more mild-tempered, though this also depends on what kind of duwende we’re talking about – they have different colors according to their personalities, and even the myth behind these colors differs on a case-to-case basis.

Some say the black duwende is the evilest while others will tell you it’s the red duwende you need to look out for.

Reference in Trese: Alexandra meets a red duwende named Amang Paso (here portrayed to be a neutral kind in terms of temperament) who has taken to looking after a young actress.

Like the nuno, Amang Paso has control over his own Laman Lupa. 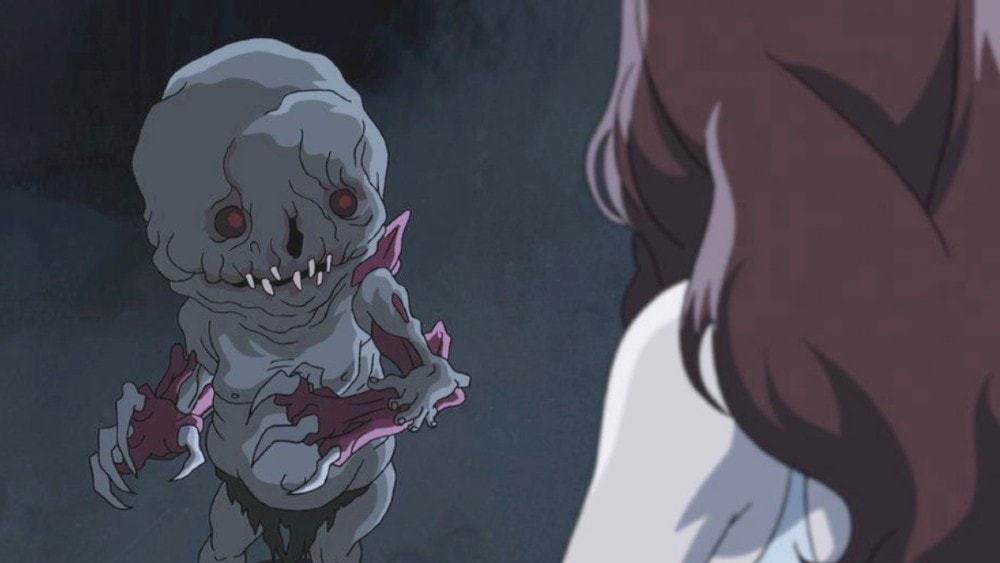 Personally, this is the creature that has always scared me the most (made even worse by the way it’s animated in Trese), not to mention it has one of the saddest stories behind it.

Some versions of the story classify the tiyanak as a vampiric creature that shapeshifts into the form of a baby, using its cries to lure unsuspecting travelers to them before viciously attacking and drinking their blood. Others still will say that tiyanaks target mothers or childless couples specifically.

As for their origin, legend has it that these are either the bodies or souls of babies that were aborted, killed by their mother, or (per Catholic beliefs) died before they were baptized.

Reference in Trese: The actress being looked after by Amang Paso, Nova Aurora, turns out to be hiding a secret about a child she had her friend leave in the mountains. As a result, she’s being targeted by a tiyanak that is just looking for its mother.

By no means is this a comprehensive list of every creature I spotted – there were just so many! However, when the next seasons come and these other beings are brought further into the limelight, rest assured we’ll update this article and have it ready for you!