We’re back with another variety show article with K-Pop at its heart!

Like our previous articles on the best episodes from BTS’ Run! BTS and TXT’s To Do, we’re putting together a list of funniest episodes from a K-Pop variety show and this time, we’ve got idol boy group ENHYPEN at the front and center.

ENHYPEN is a seven-member idol group from South Korea under the Belift Lab label – a company formed by music industry giant Hybe, which also manages both BTS and TXT.

The group was formed through a competitive reality show called I-Land back in 2020, and the top 7 winners (Jungwon, Heeseung, Jay, Jake, Sunghoon, Sunoo, and Ni-ki) debuted as a group on November 30, 2020.

Like BTS and TXT, ENHYPEN has their own variety show too – and it’s just as entertaining and downright hilarious!

Theirs is called En-O’Clock and new episodes drop on YouTube, Weverse, and VLive every Thursday at 8 pm KST.

As an early celebration for the show’s first anniversary this coming June 10, we’ve put together a list of the best and funniest episodes of En-O’Clock so far!

It was tough to narrow it down from the 37 episodes available, but here we go! 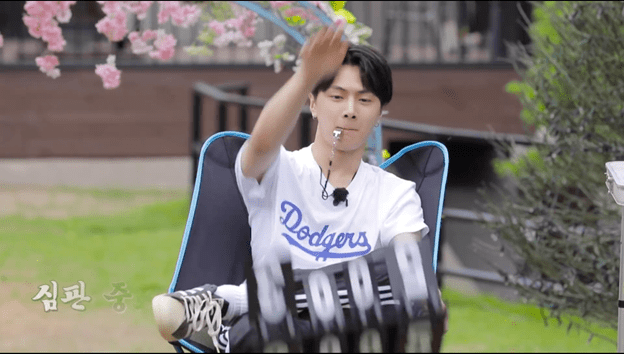 Why we love it: The boys were taken on a trip out of the city in Episode 8.

When they arrived, they were given 90 minutes to set up their ‘base camp’ with a tent and even interior design.

They also got some free time to play and eat before starting their Sports Tournament – which brings us to this episode. We love a little friendly competition!

Laugh out loud moment: The second game of their Sports Tournament was foot volleyball with a twist: every English word they said would result in -1 point from their current score.

However, because they kept slipping up with “okay”, neither team could even get 1 point on the board!

The staff had to change the rules to start the scoreboard at 10, and they were losing points so quickly that Jay, who was their referee, just fully gave up and tossed the scoreboard onto the ground. 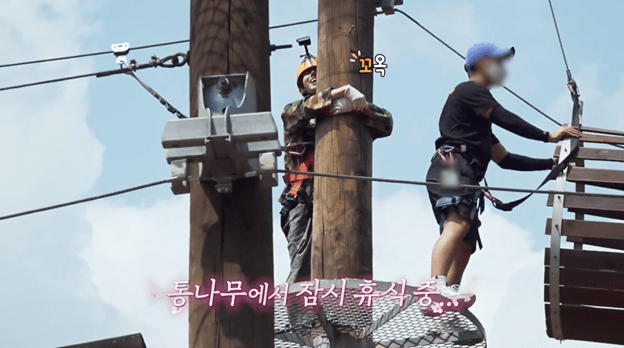 Why we love it: After watching them play sports during their outdoor retreat, we were excited to see the ENHYPEN members having fun outdoors again!

This time, they were headed to an adventure park that had all sorts of obstacle courses and activities set up.

In this episode, their second task was a suspended obstacle course, and oh boy was anyone really surprised that Ni-ki blazed through it like it was nothing?

Meanwhile the other members, well, struggled.

Laugh out loud moment: Probably every time one of the members hesitated, shouted about how scary it was, or begged one of the others to hurry up or stop shaking the hanging bridges!

One moment, in particular, stuck out: Heeseung, the eldest, crawling out of the circular bridge and gripping onto the pole for dear life.

This was only made funnier by the subtitles saying “[Losing it]” and “[Having a brief break with the log]”! 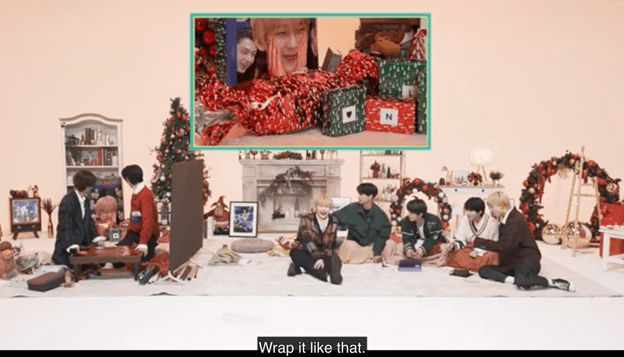 Why we love it: We love Christmas, we love a themed episode, and this is both of those put together!

Episode 21 is the show’s first Christmas episode, and the filming area is decked out in Christmas decorations with the boys even wearing festive sweaters.

Their first game was to “wrap Christmas gifts blindly”. Two members need to wrap their chosen gift within 2 minutes, but only the remaining 5 members could give them the instructions in order to match the example photo as closely as possible – in paper pattern, ribbon, and wrapping style!

Laugh out loud moment: When Jake and Sunghoon are tasked with wrapping a small basketball, Jay just, well, cheated!

Instead of giving detailed instructions, he just pointed out a similarly wrapped gift behind them and said “Wrap it like that!”, even justifying his cheating with “the staff made it that way, it’s not my fault”. 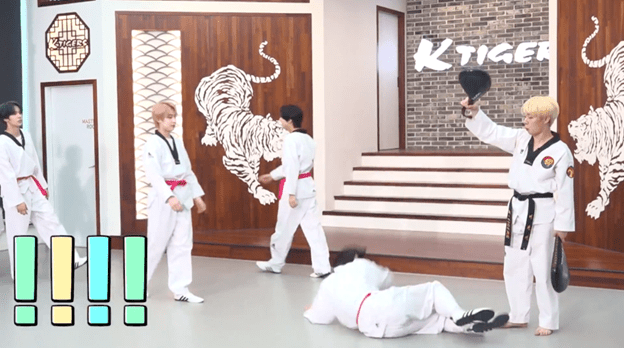 Why we love it: We know the ENHYPEN members are talented and all very athletic – whether it’s Sunghoon’s previous career in figure skating or Jake and Ni-ki’s well-known football skills.

Well, their athleticism is really put to the test in Episode 22 and 23, where they’re taking a Taekwondo class!

It was a joy to see them have so much fun learning the different techniques! They did well, too; Jungwon and Jay, both of whom have had experience, especially.

Well, most of them did well. Sunghoon was a slightly different story.

Laugh out loud moment: Not that potential injury is ever a laughing matter when it’s serious, but even their teacher and the other members couldn’t stop laughing when Sunghoon just…fell…flat on his butt while practicing their high kicks.

He recovered really well, but he was definitely not kicking as high during the next exercises. 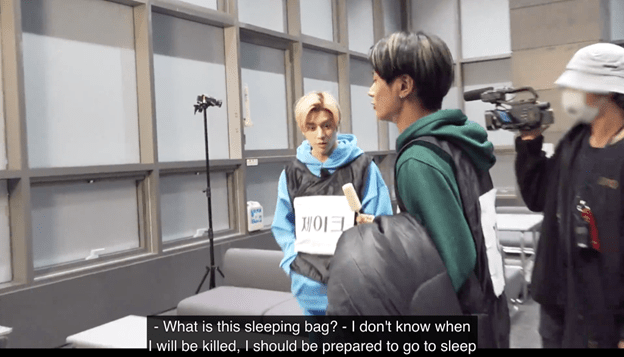 Why we love it: Their team staff put together a real-life version of the popular mobile game Among Us, even having the members dressed in color-coordinated tracksuits to reflect the in-game characters!

There were two impostors amongst the members, and they had to explore their company’s building to find mission cards to complete.

If the ‘citizens’ completed at least seven missions and guessed the impostors before the latter could ‘kill’ their three targets, they would win!

Laugh out loud moment: Jay is known as the member who can, and will, sleep anywhere and at any chance he gets.

He lived up to this reputation seriously by lugging around a sleeping bag with him as he played so he could just lie down and sleep if he was ever ‘killed’ by an impostor (by the way, he was almost immediately ‘killed’ and he did, indeed, take a nap). 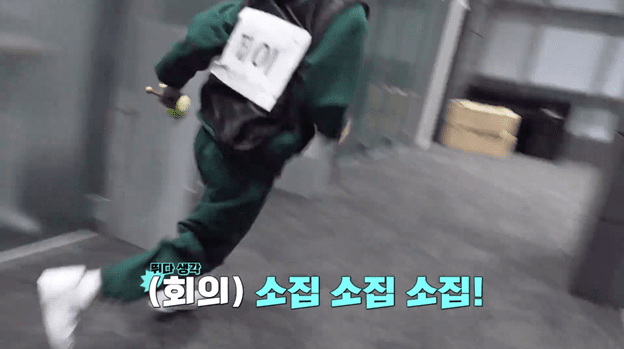 Why we love it: At the end of the previous Episode 32, all we wanted was another round of ENHYPEN’s version of Among Us so we’re so glad that Episode 33 gave us just that!

This time, the citizens only need to complete five missions; additionally, if only two citizens and at least one of the impostors’ identity remains unknown, the impostors win.

Laugh out loud moment: Once again, it was Jay that really cracked us up in this episode.

Sans sleeping bag, he was much more active in this round and even immediately set out to complete their missions.

In the end, it was Jay who delivered the winning clue: screaming for a team meeting at the top of his lungs after witnessing Jungwon ‘kill’ Sunoo. 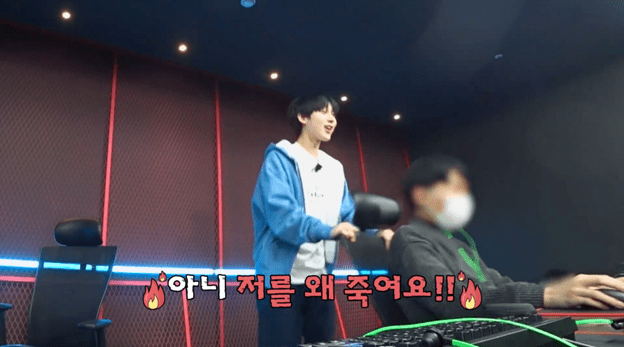 Why we love it: Both BTS and TXT had mini esports tournaments in their respective shows, so we had just been waiting for ENHYPEN to have their turn, too!

It’s always fun to pinpoint which member has gaming skills and in which particular game. Plus, these tournaments always bring out a touch of the competitive side in them.

Episode 35 is the second of their esports two-parter, and it starts with them playing PUBG – first individually and then in pairs.

Laugh out loud moment: We were already laughing at Sunghoon – very surprisingly – being the group’s ace in the individual round, though he was eventually beaten by Sunoo.

In the pair round, Sunoo teams up with one of their team managers; Sunghoon gets his revenge by taking over the manager’s game controls and attacking Sunoo, resulting in a team kill and a very frustrated Sunoo.

It was him shaking their manager’s chair and yelling “Why did you kill me!” that sealed it. 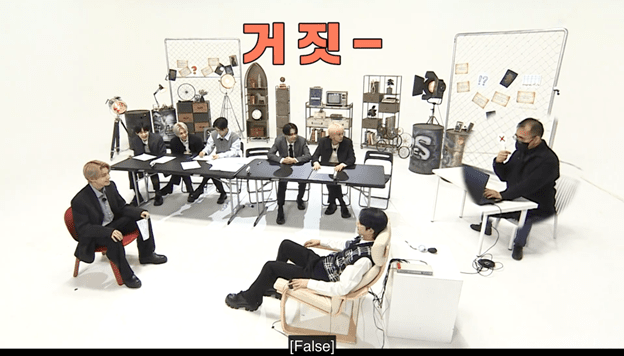 Why we love it: Any time a Mafia game is played, you can be sure that there’s going to be plenty of chaos and betrayal.

This is the last episode available as of writing, but it’s pretty clear that the next one (or next few, even) will continue this saga.

Episode 36 seems to be their ‘pre-game’, where they are undergoing a series of tasks to ‘improve their Mafia skills’.

In particular, this first one has them undergoing a polygraph test – with a real polygrapher! – while answering questions tailored specifically for them by the remaining members.

Laugh out loud moment: The members crafted the questions with the sole purpose of catching each other in a lie.

While some had chosen to just be honest, it was those moments of being caught red-handed in their lies that had us rolling, especially when it’s revealed that Jungwon, the group’s leader but also the second-youngest, does get annoyed when the older members don’t listen to him. 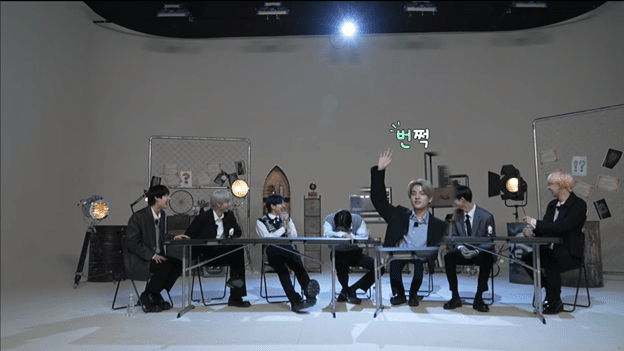 Why we love it: After the chaos and confusion in the previous episode, we just couldn’t wait for this one where they’re actually playing the real Mafia game.

The first round had them split between 3 mafia and 4 citizens, and it’s always that moment when the mafia’s identities are revealed to each other that raises stakes – now they have to secretly protect each other so they don’t lose.

In the second round, there were only 2 mafia: one of whom we had to guess too!

Laugh out loud moment: The first round had Jay, Jake, and Jungwon as the mafia.

For most of the first round, the members kept repeating that Jake is horrible at these kinds of games because he can’t lie and it’s really obvious when he’s the mafia.

So when Jake was picked to be the mafia again in the second round, they all knew there was no way he would be getting away with it.